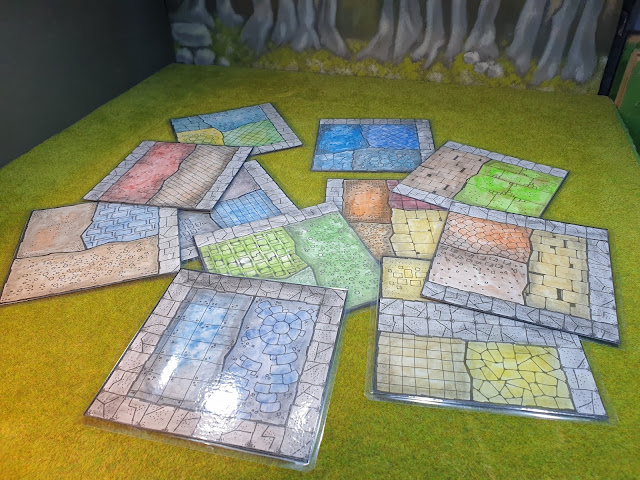 Initially this  project was to create a set of playable, Zombicide type tiles for a D&D based simple crawl. 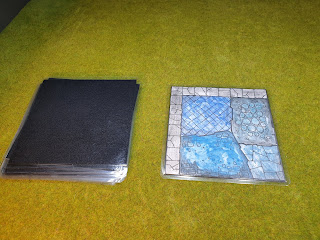 As an experiment I drew and painted about 12 cards to see how they would work. I had made preliminary sketches in rough and referred to my copy of Zombicide, just incase you are worried, I never launch any big project without a long time thinking stuff through, (am old after all.) 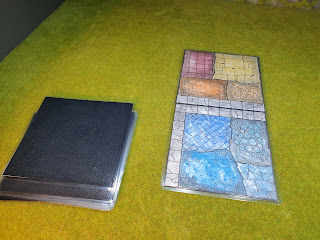 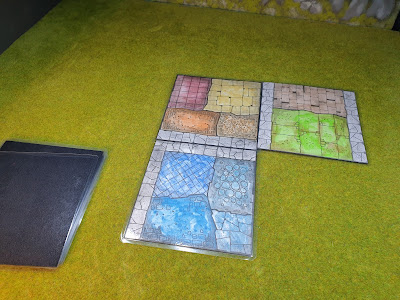 So the idea was the cards could be used in two ways, either as seen here a blind deck, cards laid down when drawn so they make some sense i.e. the corridors match up. 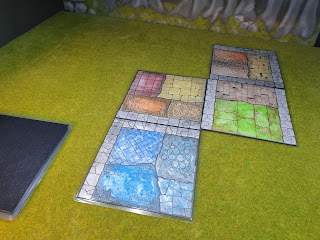 Below is a completed dungeon. 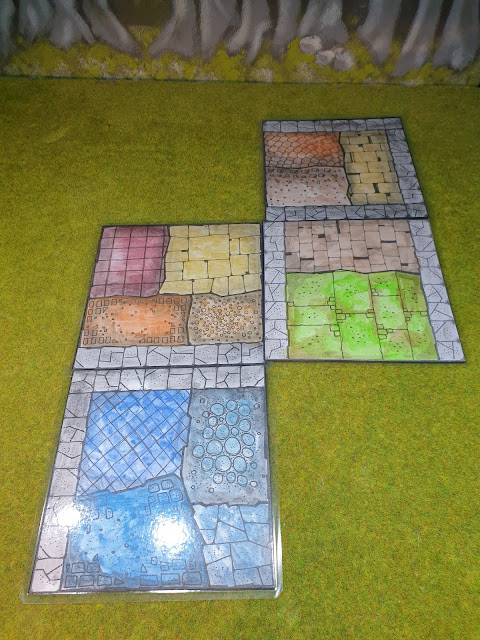 They are quite flexible, as seen in next picture, so can be used offset. About this time I realised doors were going to be a thing. 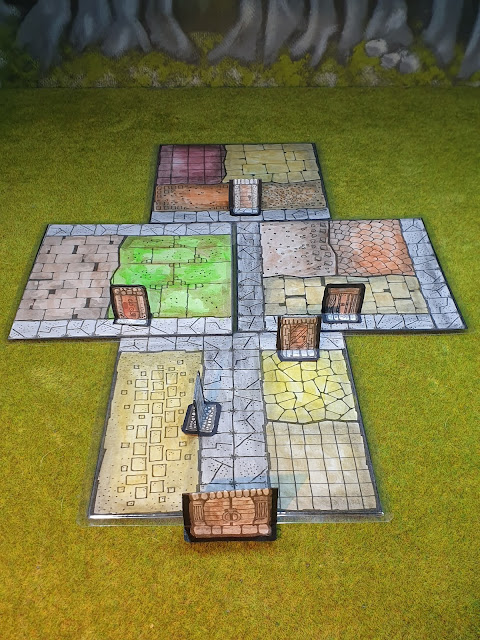 There are lots of rooms, but wasn't entirely sure if they were big enough for play. 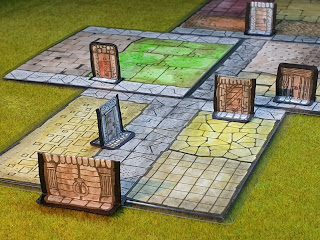 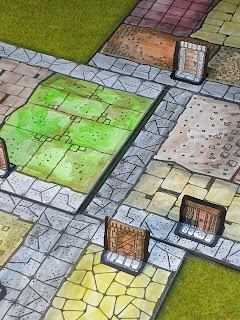 Anyway, full of confidence, and beans, I begun creating a couple of characters to play in the crawl. Mrs Daxio and myself had two PCs were hadn't played in a while so it seemed appropriate to use hem, Zaphira the Dragonborn barbarian and Ovi the Dwarf cleric. 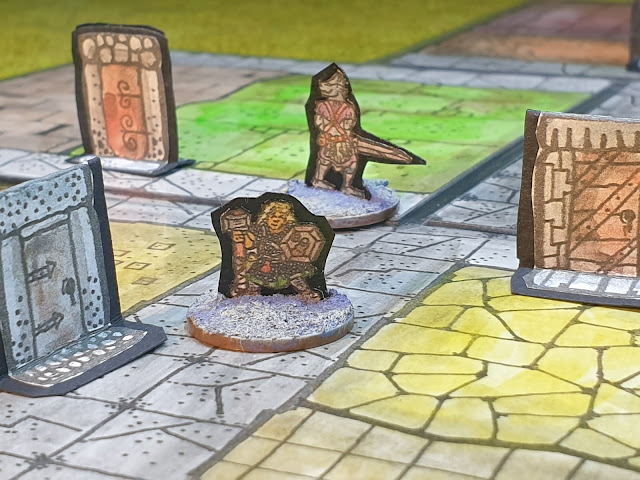 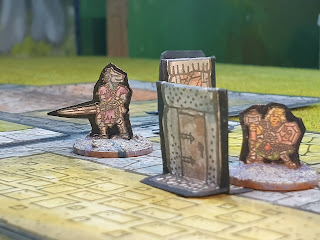 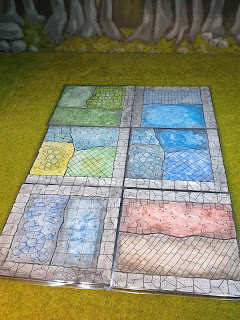 Set up for a more Zombicide style of play with the board in full view and objectives specific, using all the rooms. 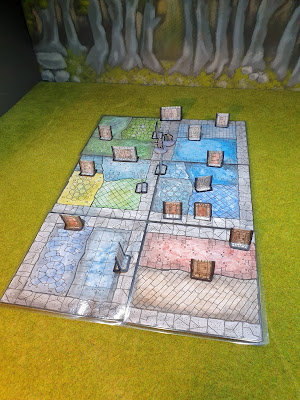 You can see where all the Undead flats were going to rise from. 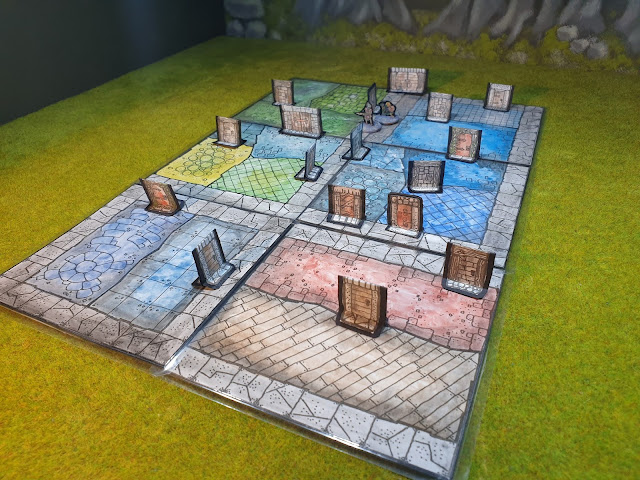 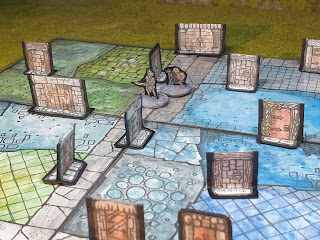 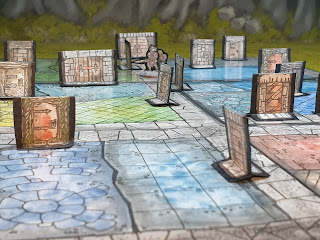 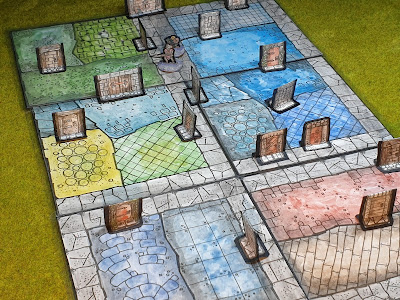 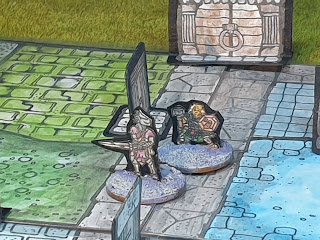 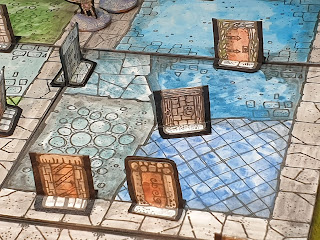 You may have noticed that the doors have slight design differences, that's because in my haste I folded the designs I had drawn rather than cut them separately. I much prefer the nice thick dark edge of the cut doors and so am currently altering all the folded versions. Was tempted to chuck them but I really don't like wasting even small amounts of paper. 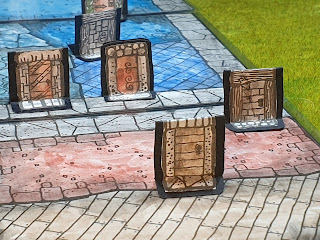 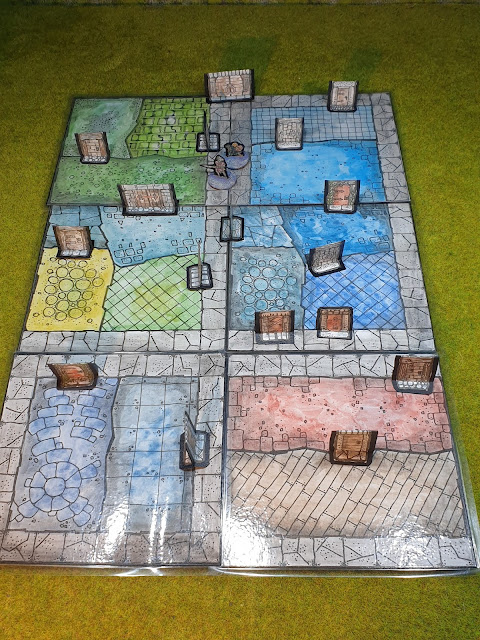 So about two months ago when I started this idea, I was all up for a dungeon crawl but using D&D monsters and PCs. I quickly realised this would be Warhammer Quest by another name and I don't want to play that any more.
Then I discovered Ironsworn RPG and everything changed...
More next post.
Posted by Darryl Hunt at 00:22