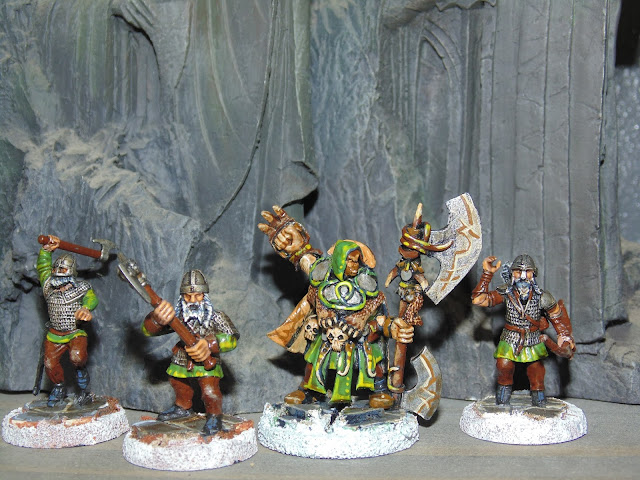 The Adventurers: A Thug, an Infantryman, Willow the Enchanter and an Archer.
(Must apologise for the basic boards, all my 3D stuff is now packed.) 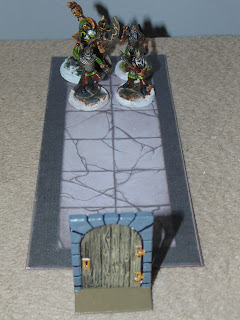 The group enter the dungeon. 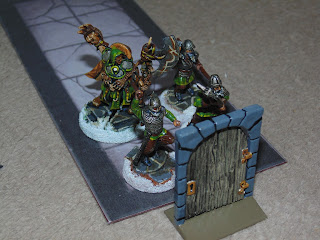 Immediately I managed to throw a 1 indicating a wandering monster encounter. 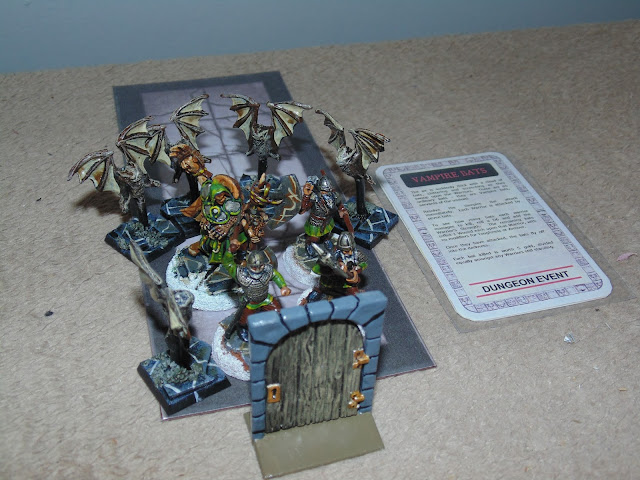 Vampire bats swooped down at the characters. 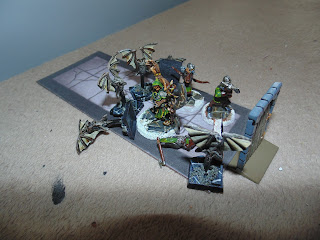 Almost straight away a bat downed the thug leading the group. 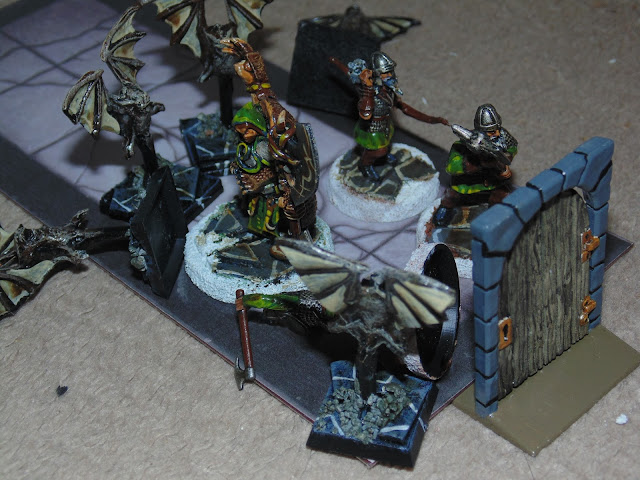 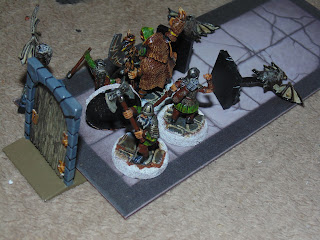 Between them all they managed to dispatch the other bats. 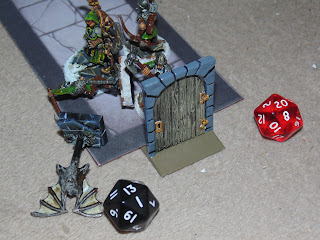 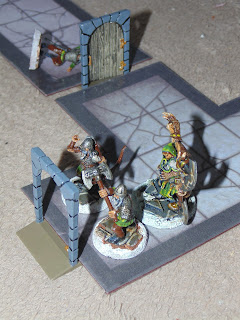 The adventurers moved on through dungeon, again wondering monsters appeared! 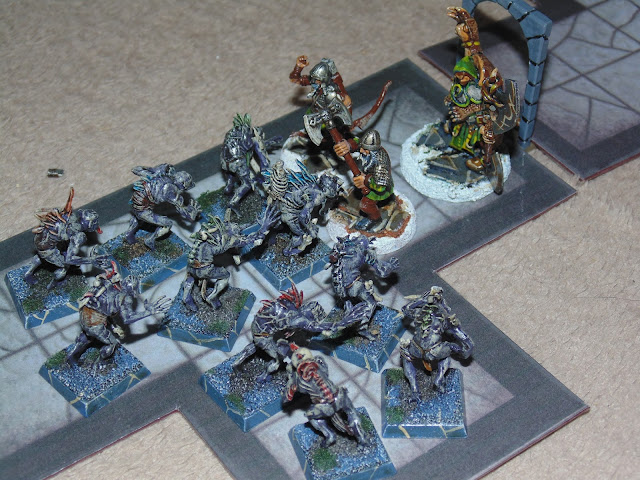 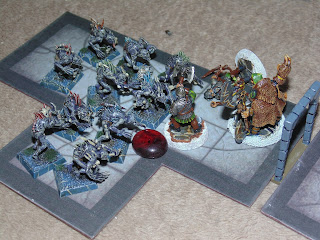 The archer was slain in the first flurry of blows, not good. 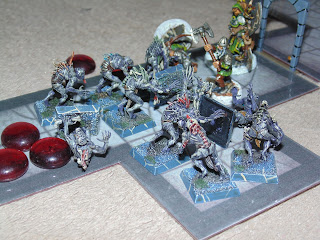 But Willow, the wizard, managed to toss a magical grenade in the midst of the Ghouls, killing 4 and wounding 2 others. 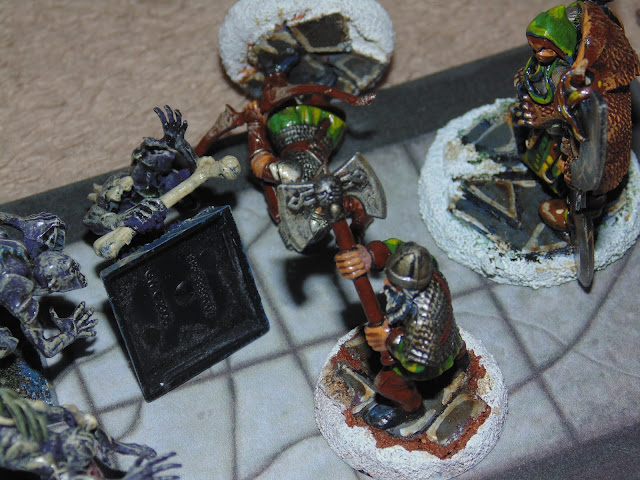 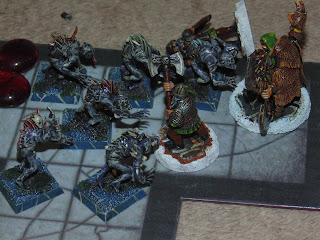 The infantryman fought on downing Ghoul after Ghoul. 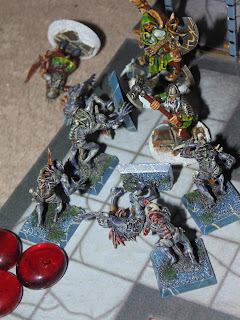 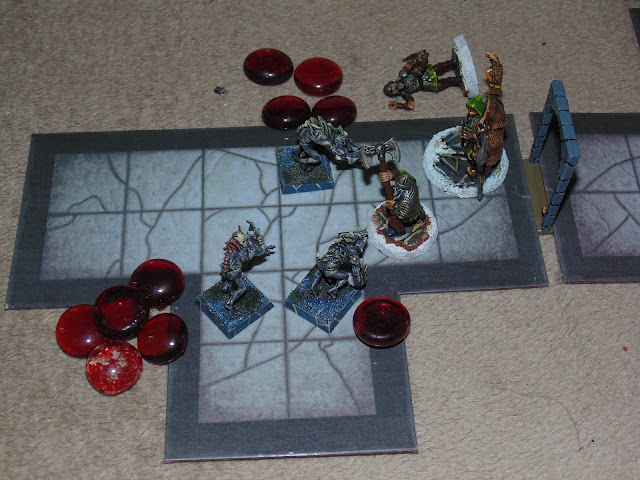 All the Ghouls were injured at this point, a second Grenade helped out. 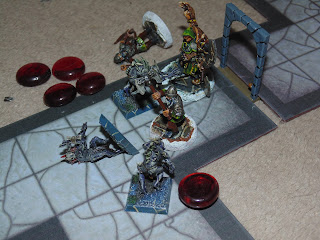 Things not going the groups way as the Infantryman goes down under claw and tooth. 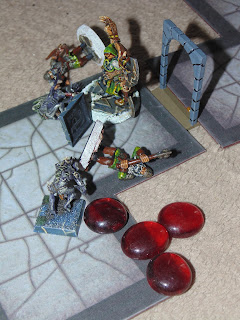 But since Willow was not in hand to hand I decided to heal the Infantryman, it seemed the best idea. 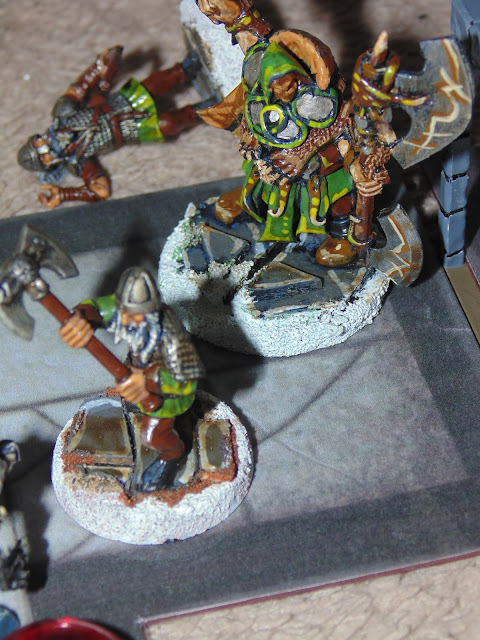 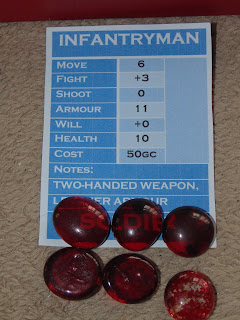 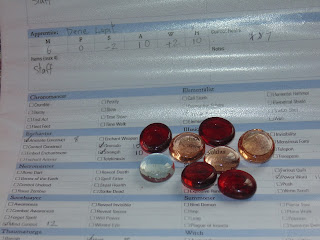 However both characters were not doing too well. As they entered the final room neither of them were too well. Especially when nasty spikes shot up out of the floor and injured Willow some more. 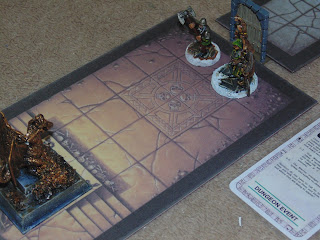 Out of the gloom ambled 6 zombies and 7 giant rats skittered, great stuff! 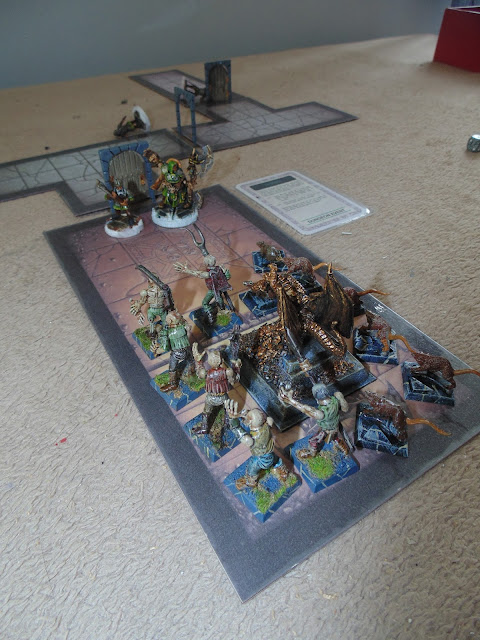 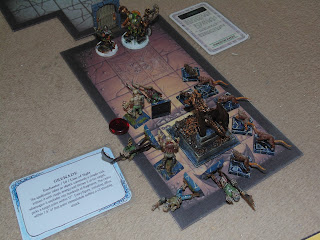 Willow picked up a small stone, muttered a few words of power and flung it towards the zombies, killing 4 of the 6, very lucky. 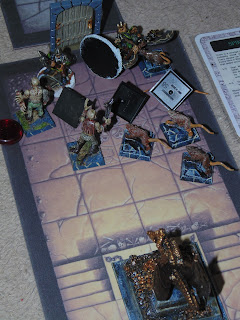 However the shear number of attackers got the better of Willow and then the Infantryman and they were injured, removing them from the game. 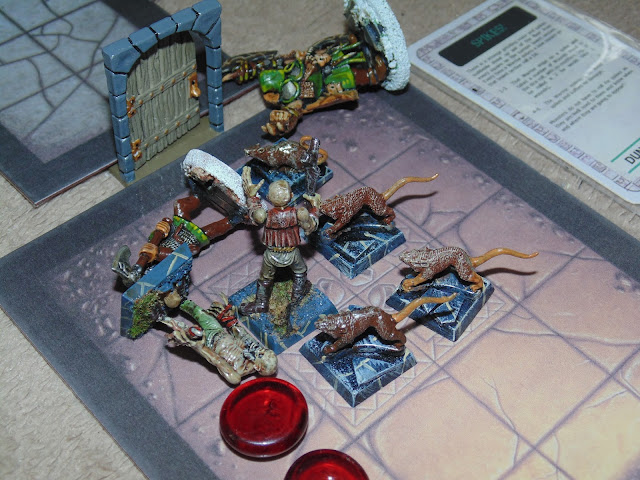 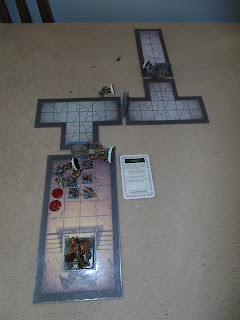 First off I thought that Frostgrave worked really well as a solo game in a dungeon.
Rolling both dice together, each a different colour, was quick.

Non of the group actually died in the post game sequence, presumably the monsters assumed they were dead and the zombies weren't hungry!

As regards to post game development, I thought that I may give all the all kills to the Wizard who then tots up total points and for each 100 exp, the wizard can decide who gets what as an upgrade.

Willow would have got about 1120 Exp. giving 7 upgrades for the whole group; with any cash gained new items could have been bought. Which would have been 1255 gold according to Quest rules: however because they were all taken out I recon they get nowt!

Only the warband members  that took part in the adventure can receive an upgrade.
Decided to pick the 3 adventurers to help the wizard by rolling off, highest 3 rolls get to go.

I will have another go at this, but with half the number of monsters appearing either in objective rooms, dungeon rooms or as wondering monsters, rounding up and we'll see what difference that makes.