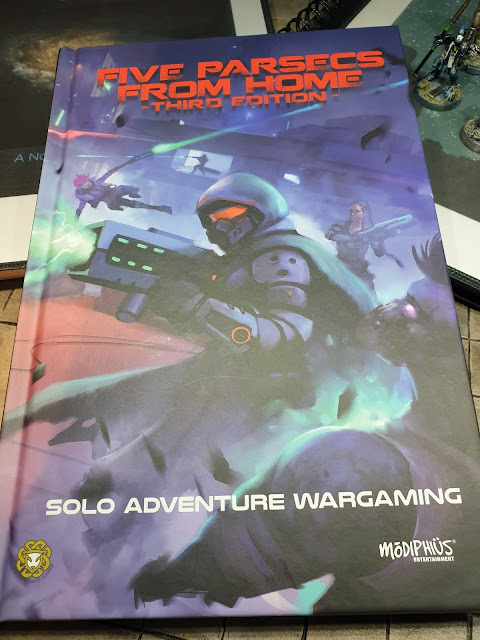 I have been very excited, got my copy of Five Parsecs from Home by Ivan Sorensen and Modiphius Entertainment.
They have put together a very well set out clear edition of Ivan's fun solo game. Obviously I've been playing 5 Parsecs since about March 2015 (I think) and this copy has lots of extra material I have not seen before, but is also so well set out. Very professional, Ivan must be really pleased with it, I would be. 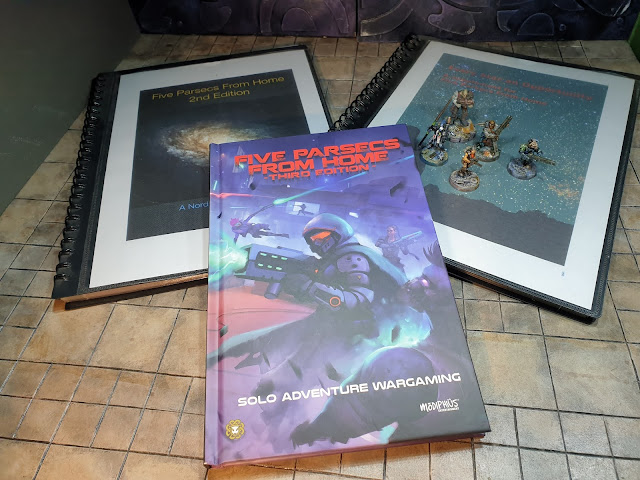 I will be using it alongside my copy of "Every Star an Opportunity" which helps create worlds for 5Parsecs and I look forward to playing some campaign games with a new crew. 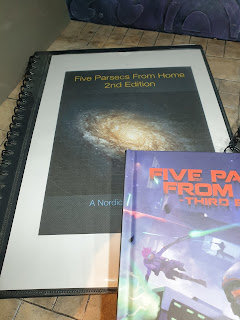 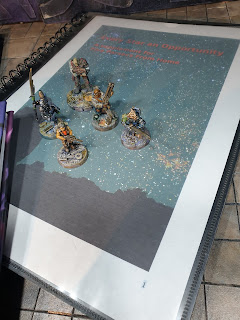 This will be my third crew to date, the other two still knock about in the Crux Hagal subsector, where my games are set, so there is a chance heir paths may cross. 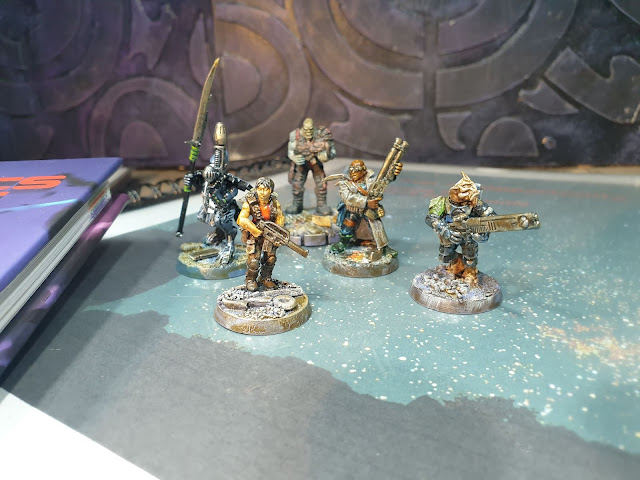 However I do intend setting my new campaign in a part of the sector I've not played in before, so it might take a while. Also, although the crew are currently depicted in 30mm in this post I am not totally sure that I will be playing in that scale. The last Campaign a few years back was in 10mm and I really enjoyed playing that small. If I do plump for 10mm I will have to try to recreate this lot in miniature, which could be a problem.....but fun to attempt :-) 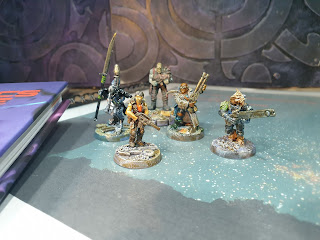 Game reports will follow after I introduce the subsector and the crew.
Cheers 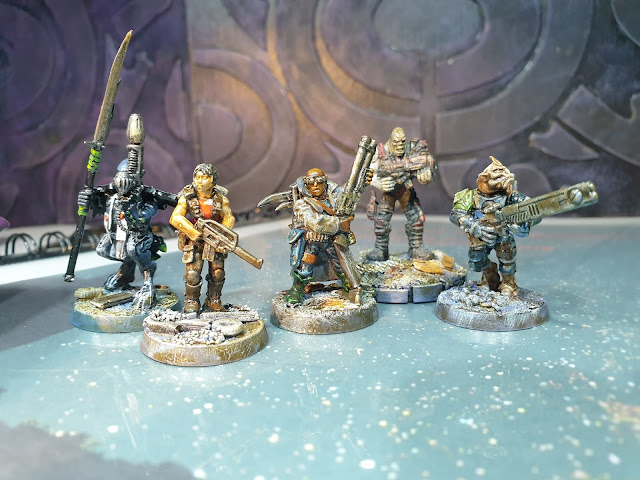 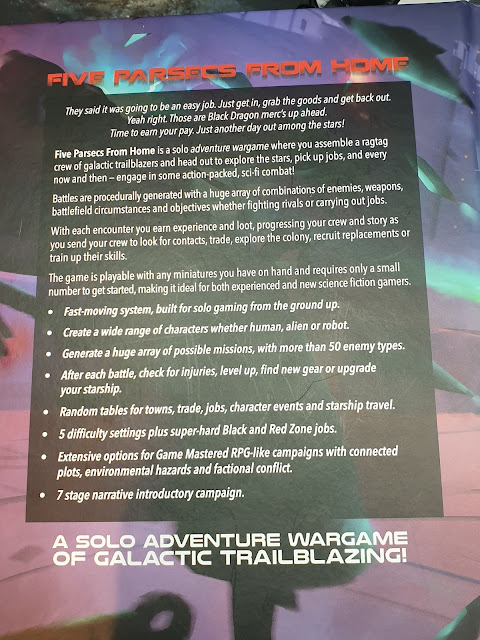 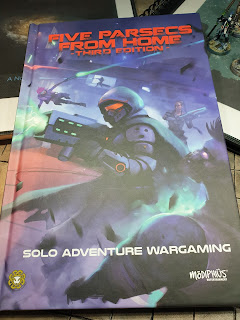