Gangs of Rome: Pots and Amphora 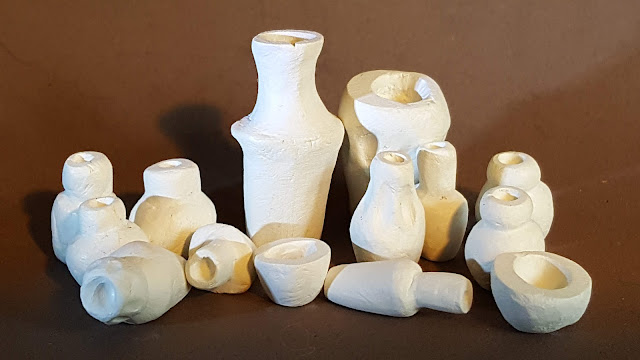 These are some large amphora I made for myself for D&D and to put together for market scenes or shop fronts. When I started making them I also thought they might be good for Gangs of Rome, but I've found it very hard to get into the game, time being the problem really. 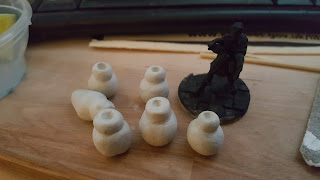 They're a little bit large and a bit rough but I recon they would have been in those days. The Greeks used to make huge amphora, big enough for a man to stand in, If you've ever been to Knossos in Crete you'll have seen them. They used them to transport goods in by sea. 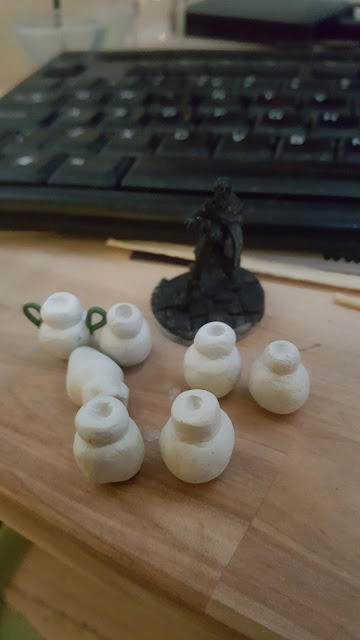 I will probably put a few together and create some clusters for street scenes eventually, although I think I need to make a load more than I currently have. 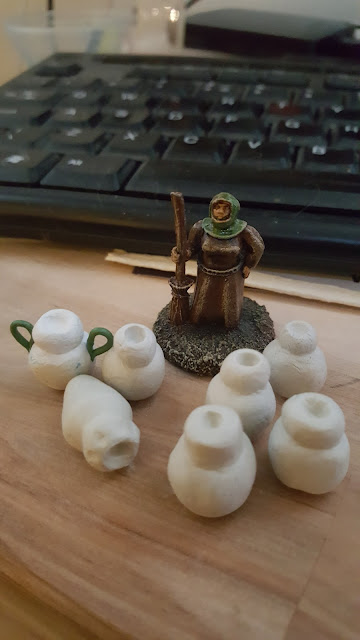 The GS handles fell off the vase on the far left, just not thick enough, will have to try again. 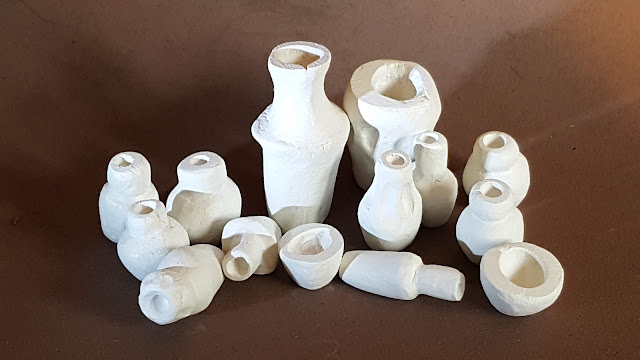 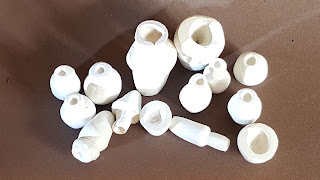 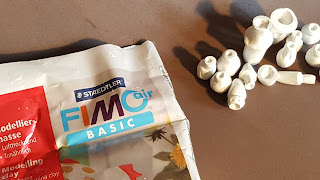 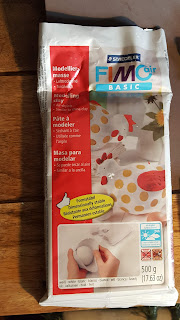