Last week during our game of D&D there was a scene set on the edge of Targos a town in the Icewind Dale area, North of Luskan. At the time I was very busy organising the PC's, where they came onto the board, what they could and could not see, weather the Goblins were surprised, all manner of stuff. I was pleased with how the encounter went off but forgot to take any pictures so here a few without any of the players unfortunately, but everything else. 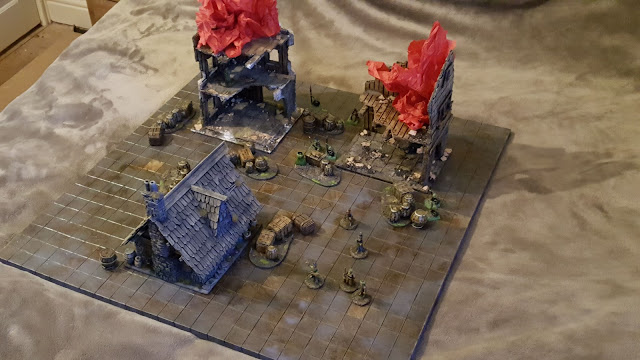 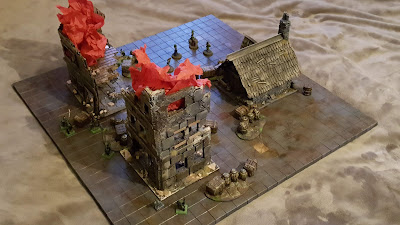 Yes, I used tissue paper to suggest the burning flames, I yes I do apologise. 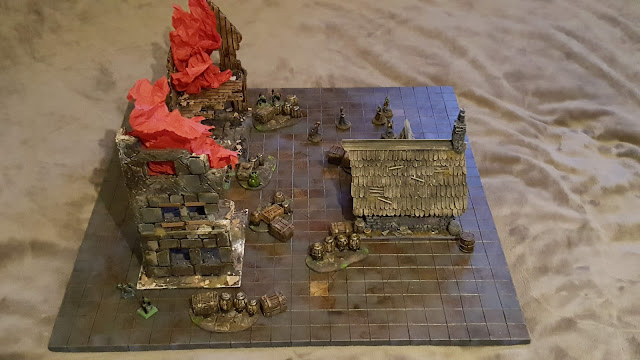 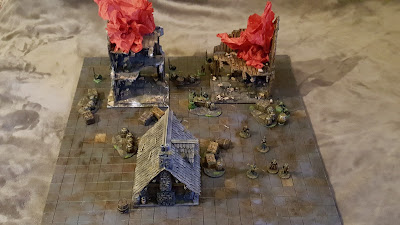 The players came to the town and entered the board from close to the barrels in the bottom corner. 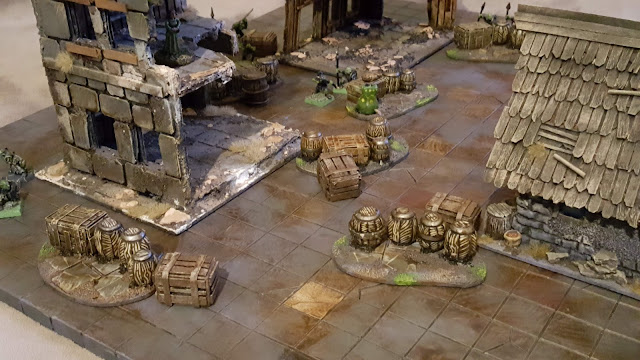 The goblins had already looted the buildings on the villages edge and were close to leaving when the PC's arrived. 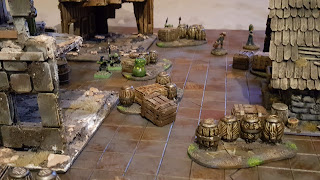 Screaming from a second floor building alerted Thorn the druid to the where about's of a citizen of Targos, Don't worry despite having a whole convoluted method of testing the PC's if they decided to climb up, Thorn circumvented all that by turning into a giant spider. 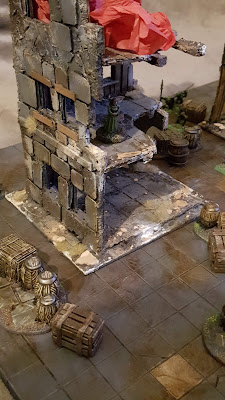 However he hadn't thought how she might react... which was to scream even more and faint. 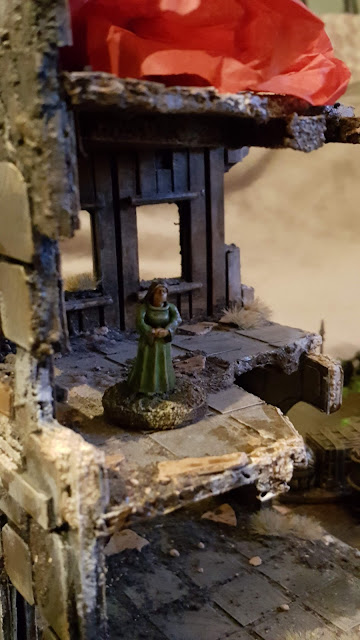 Unperturbed he silked her up and lowered her down to Treebore the wood elf ranger. 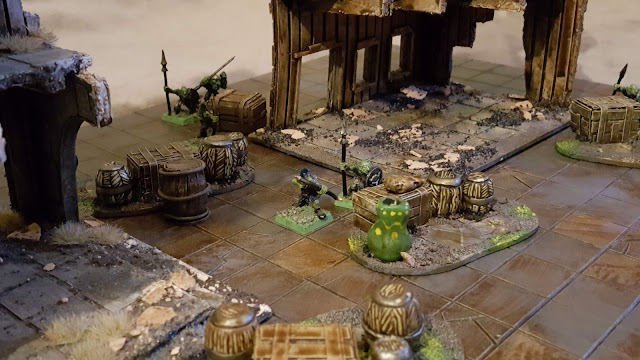 The goblins take up defensive positions. 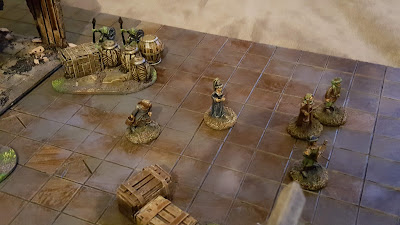 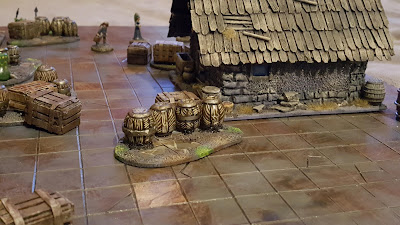 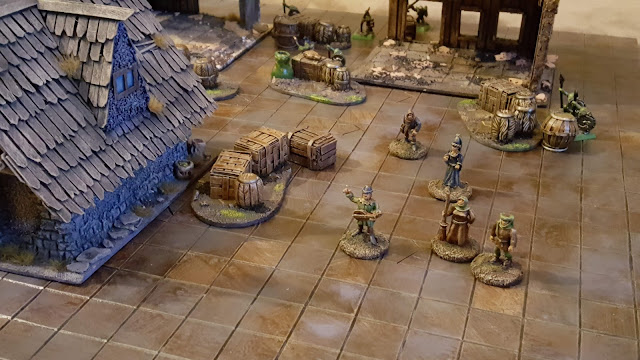 One or two locals were shot by the goblins as they fled. 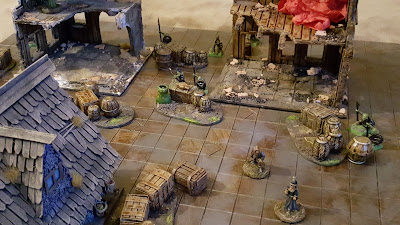 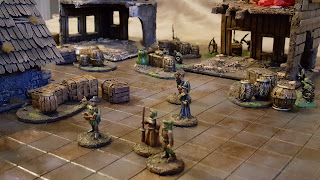 Realising the players were carving through his men the goblin boss took to his heals and ran off. 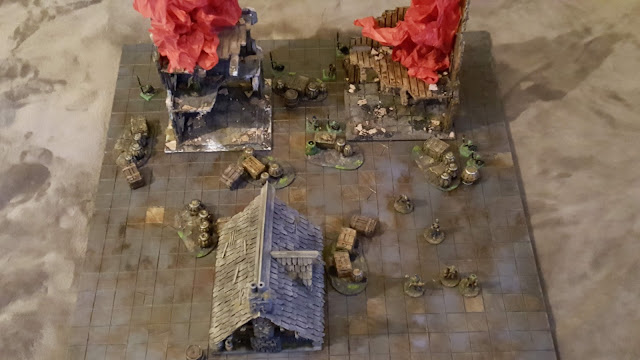 The players followed and are currently deep beneath the ground searching a series of tunnels that appear to be a goblin stronghold.