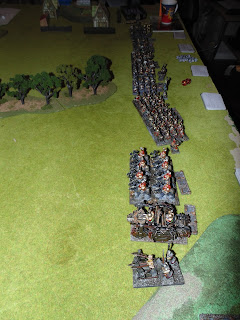 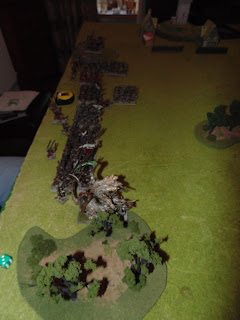 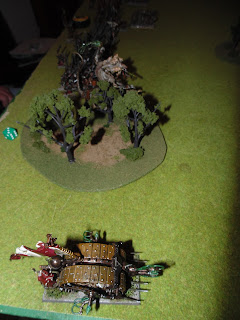 Traveled over to Mick's in North Leeds Thursday night to play Kings of War and a jolly time we had of it too. We played a 2000 point game, Dwarfs V Ratkin. 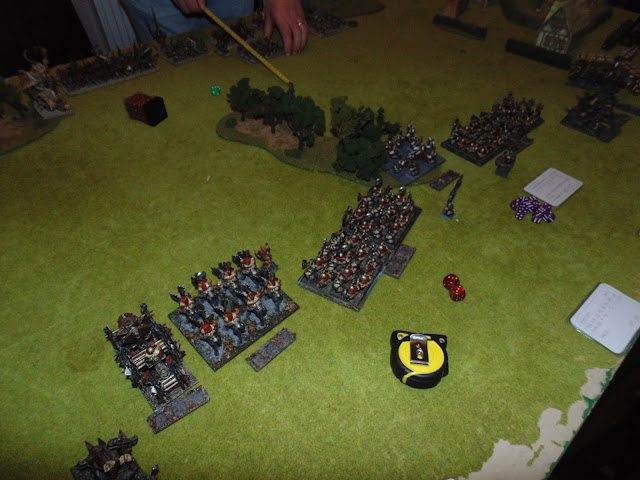 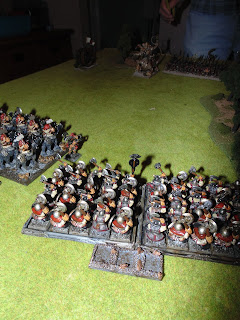 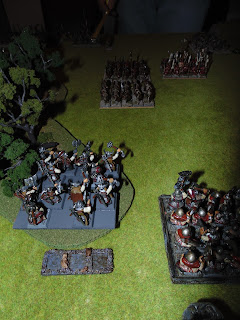 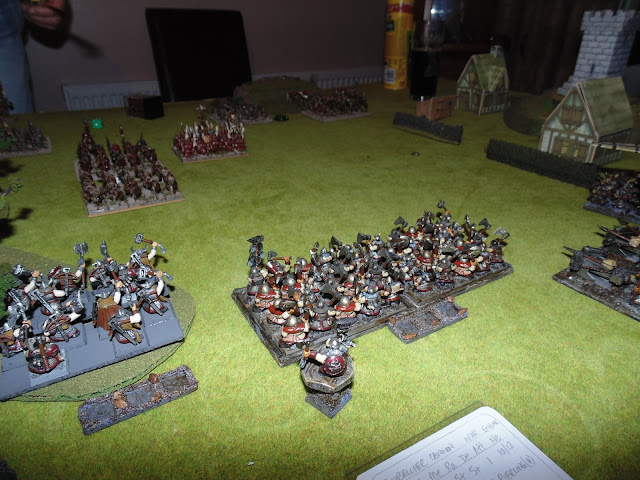 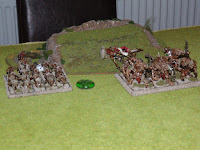 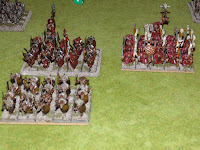 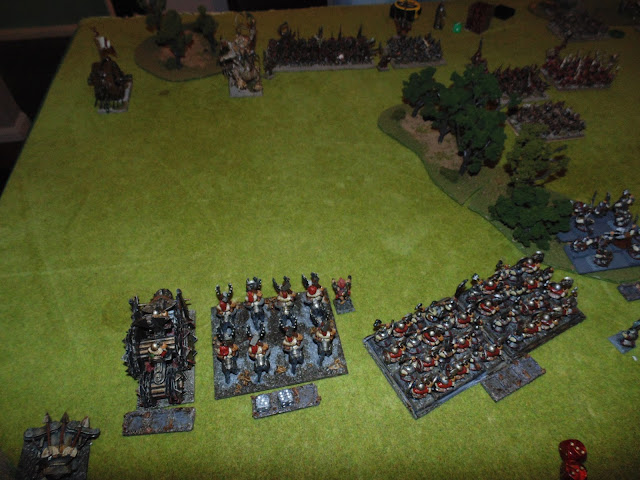 Not going to do an in depth report, as per usual, just pick up some of the more interesting moments. 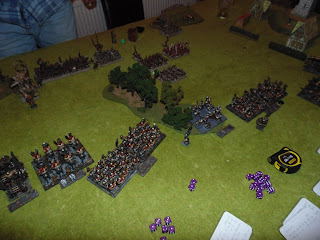 Basically over the course of 3 turns the Dwarfs shot the right flank to pieces, a combination of lots of shots plus a few lucky rolls, cleared all but the weapon teams and characters. I was quite surprised just how effect the Dwarf shooting was. 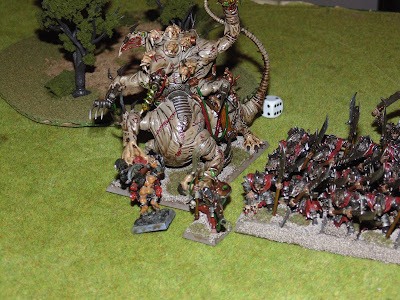 On the left flank, it was a different story, I used my Lord to engage the Mutant Rat-Fiend so I could pull forward with the Behemoth and the Brocks. The Lord to 5 wounds then flew away. However clever Mick used his Warlocks and the Death Engine to take out the Brocks over 2 turns of magic barrage. 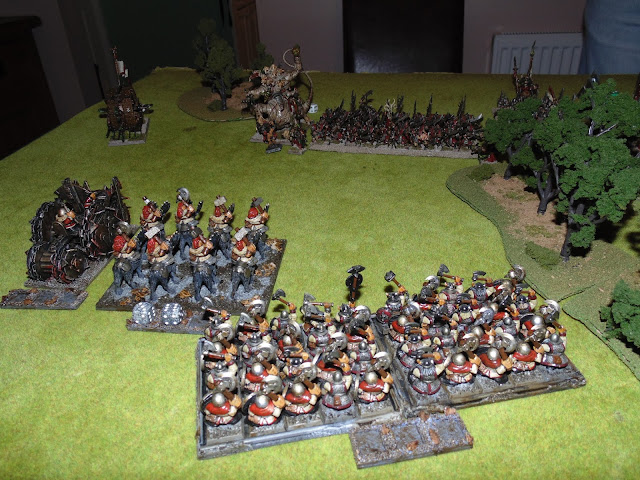 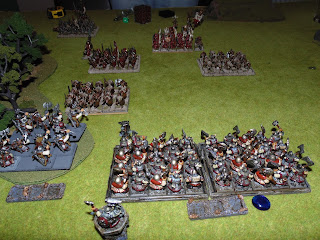 Bane chant and the Brew of Keen eye thingy really made the Horde of crossbows effective. 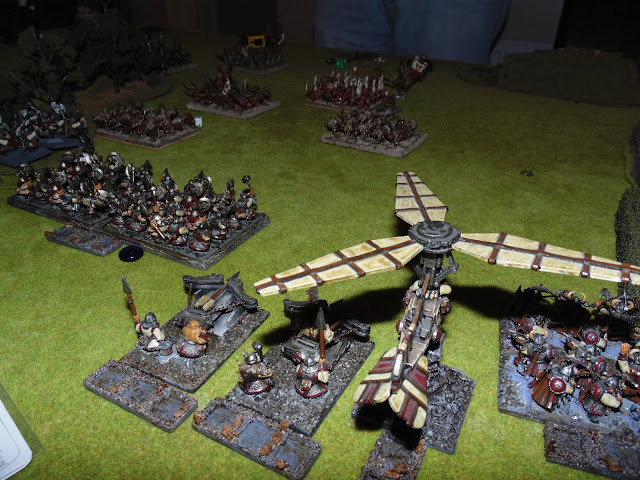 Used my hand made gyrocopters as Flame Belcher. 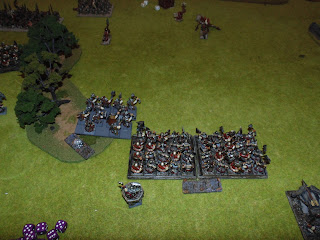 All the shooting done! 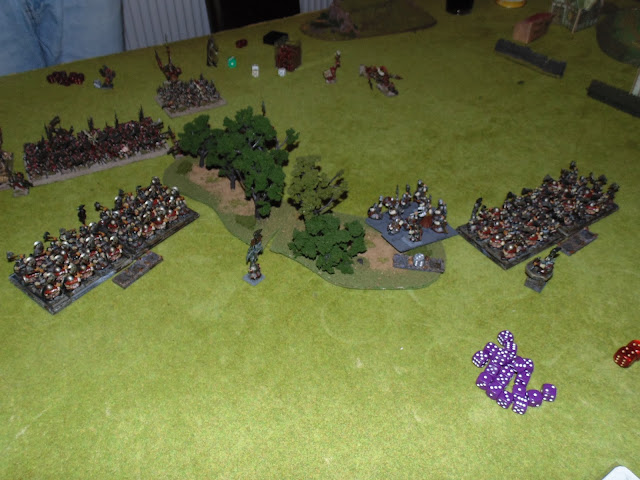 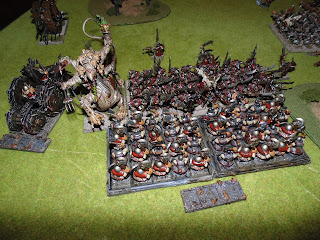 Combat is joined on the left flank, the Ironclad survive, but only by luck. Mick managed to score only 6 wounds, being hindered really mucked the Shock Troop Horde up! 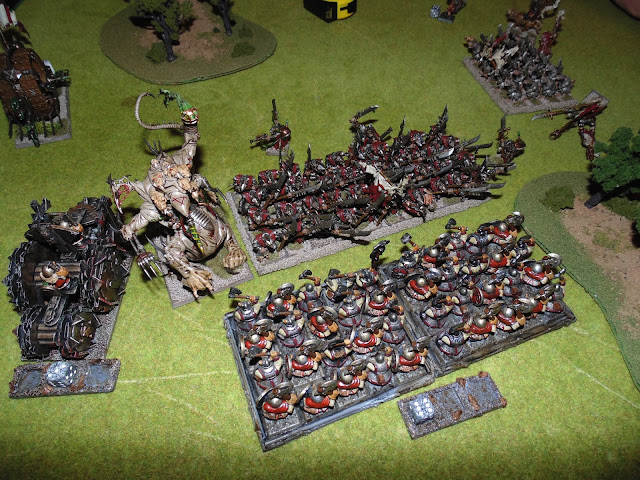 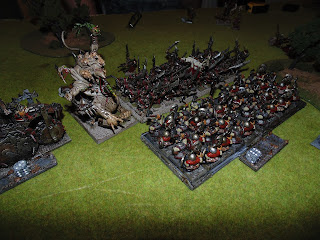 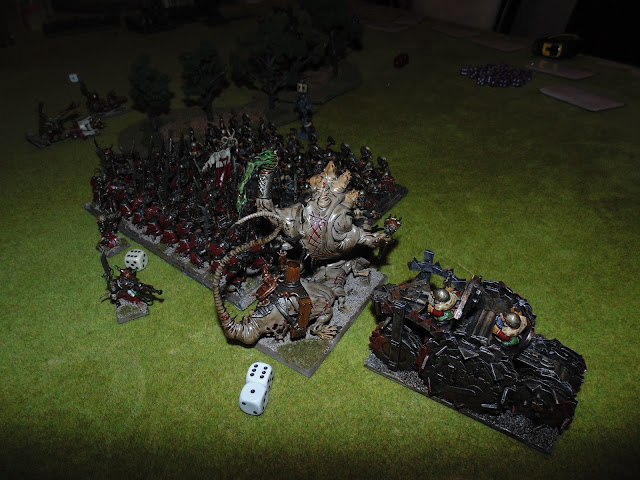 Here, I believe, I forgot to double my attacks on the Rat-Fiend! 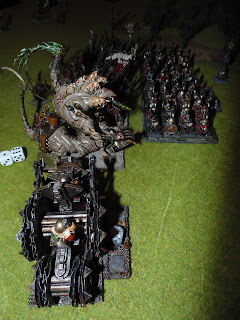 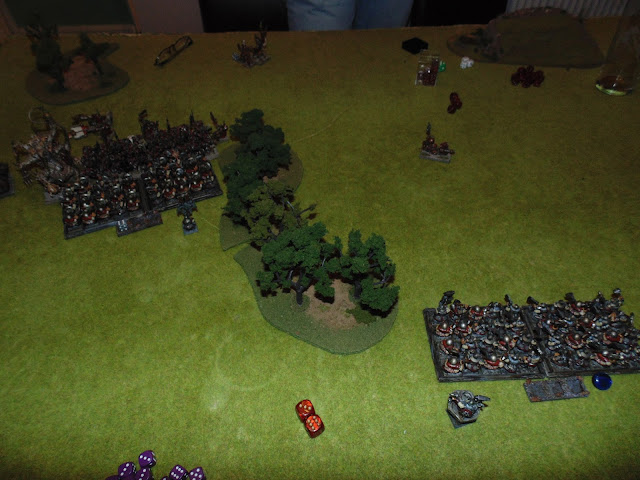 The organ gun on the far left routed the Death Engine, it had been sniping it all game. 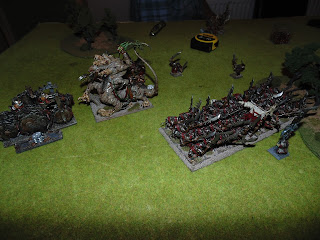 The Shock troops take out the Ironclad, good stuff from them. The Lord and the Behemoth charge in and despite 45 attacks form the behemoth, remembered this time, I still failed to rout the Shock Troops by 1! 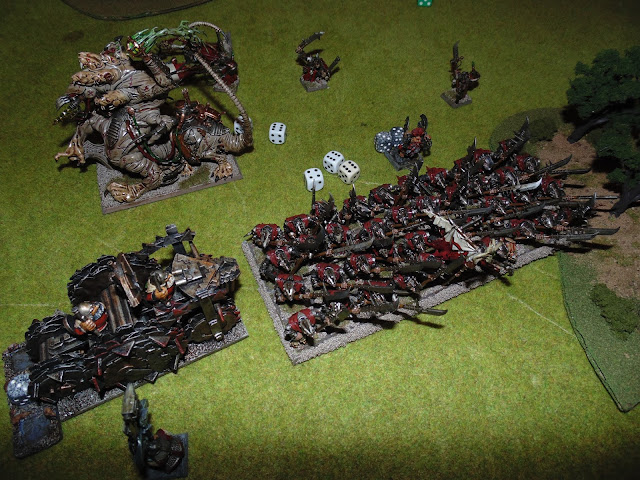 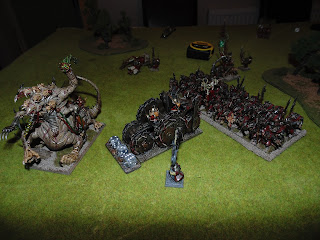 In Mick's turn he could not see anyone to charge so the Behemoth got a second bite at the poison chalice, so to speak, and routed the Shock troops finally. 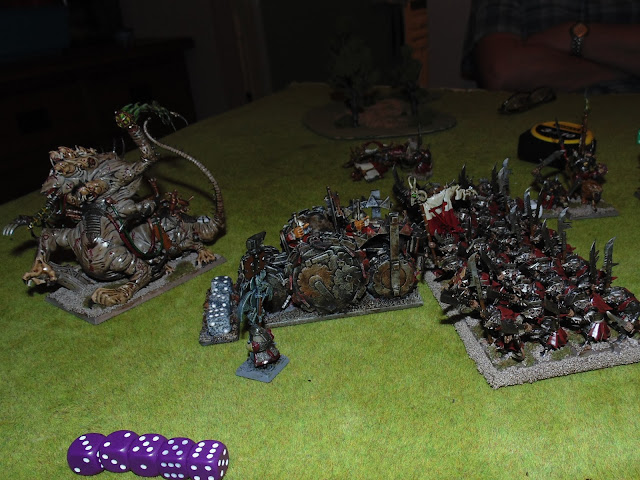 At this point the game was declared a Dwarf Victory.

Epilogue
Dwarf shooting was very effective and the rangers complimented the crossbows.
I need to get my army all together in one place and make the opposition come to me more.
Was good to play with an all Dwarf force, no Elementals this time.
Mick did a right number on the Brocks, his Warlocks were very good.
Not sure about the Lord with wings....

Need to finish the unit of Rangers I played with and build/paint the Ironwatch crossbows as I proxied my Shieldbreakers in their place. With them done my Dwarfs should be finished