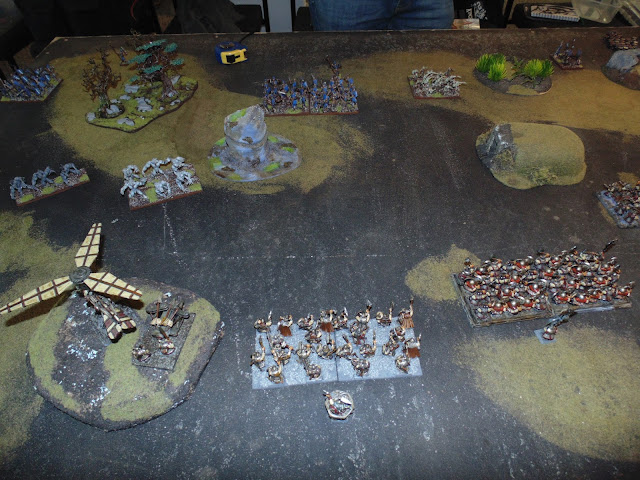 Played a 1000 point game down at the club week before last against Ian with his Undead army.
This was sort of a training game as Ian had not played since first edition KOW. 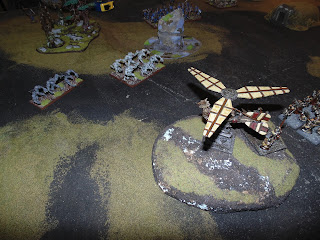 Was very aware that the werewolves can move very fast and deliver a punch.
So shot just about everything at them and managed to rout them, very lucky! 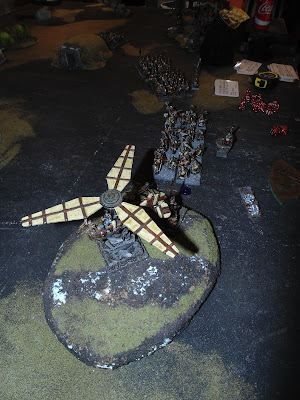 On the far right you can just make out the rangers who managed to shoot and rout the balefire catapult. They went on to rout the ghouls in hand to hand, they are presently behind the cairn top right. 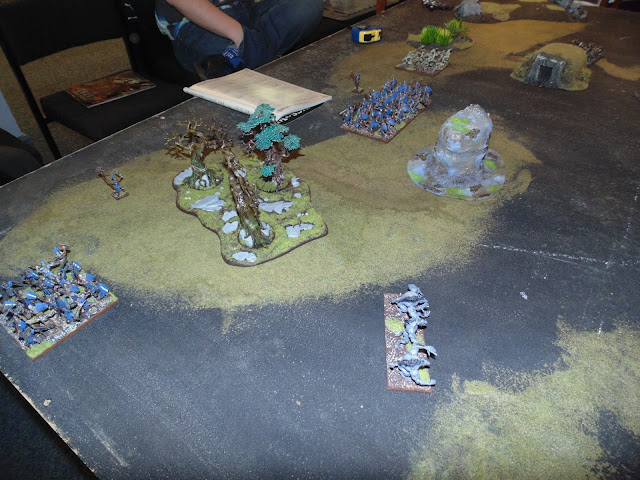 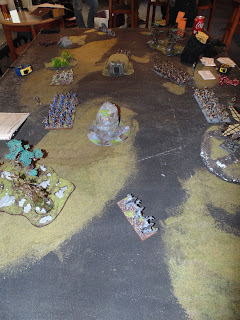 However I new the regiment of 3 werewolves were going to be enough to take out the war machines. 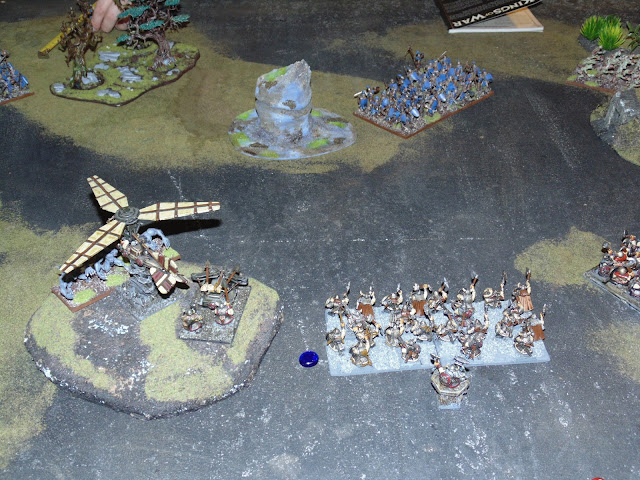 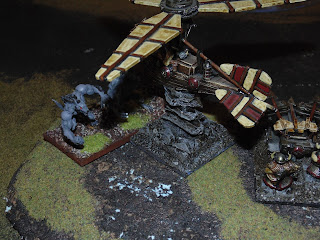 First the flame belcher then the organ gun! 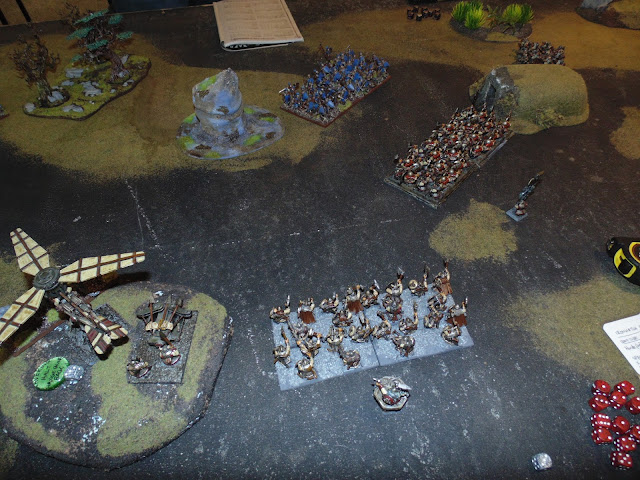 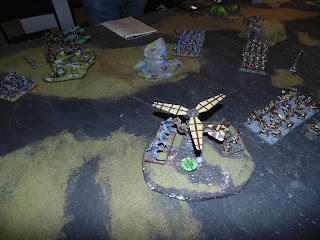 The wavering marker you see here was later removed along with the model, I had forgotten to tell Ian to triple his attacks against a was machine, we just assumed it would have routed with 18 more dice, it nearly did with just 9! 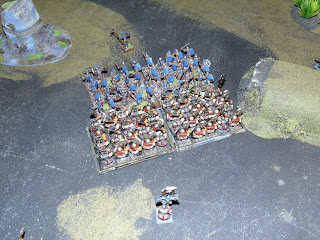 In the centre the Ironclad face up to the horde of revenants. 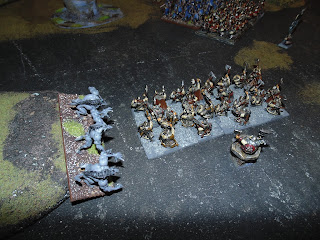 Having dealt with the war machines the werewolves had either the crossbows or, more likely, the Ironclad flank in their sites. 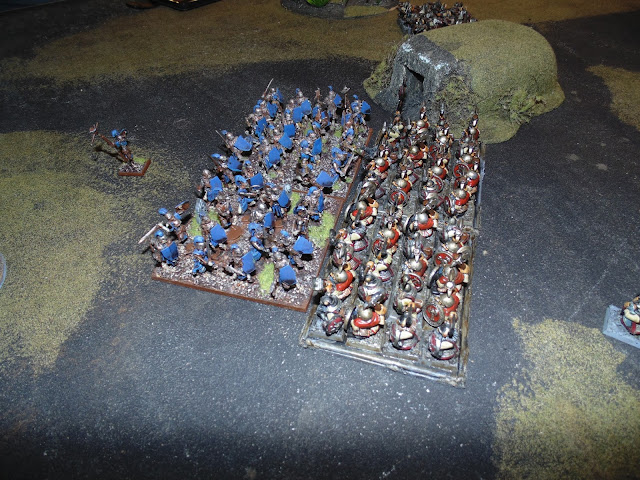 Unfortunately for the werewolves the Ironclad, who had the brew of strength and a bane chant cast on them, managed to rout the Revenants and turn to face the werewolves. 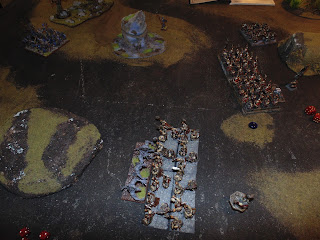 The werewolves and the crossbows begin an epic struggle with pillows! 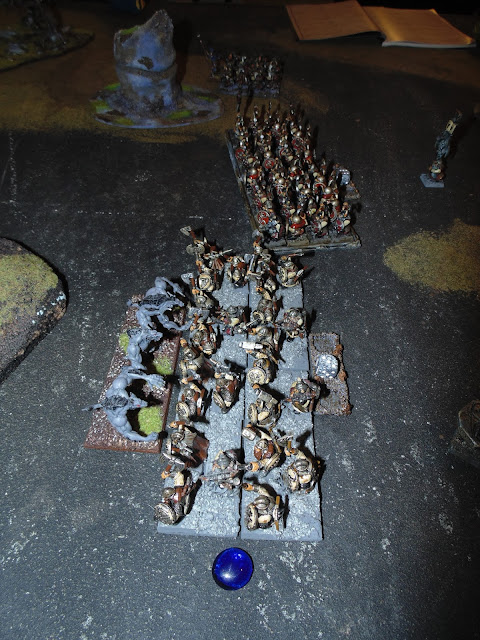 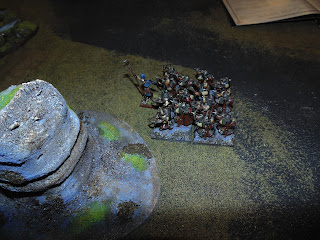 The rangers rout one standard bearer. 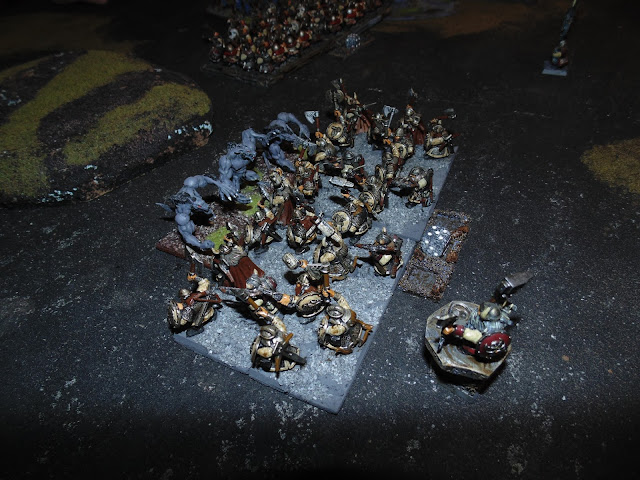 There was a short skirmish between the ironclad and the regiment of skeleton spears, I think that's what they were. 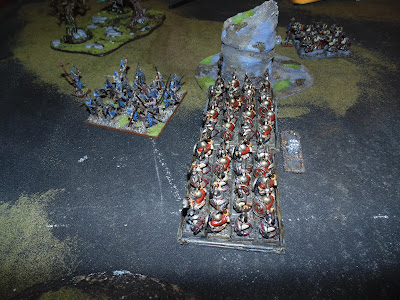 The werewolves are eventually routed. 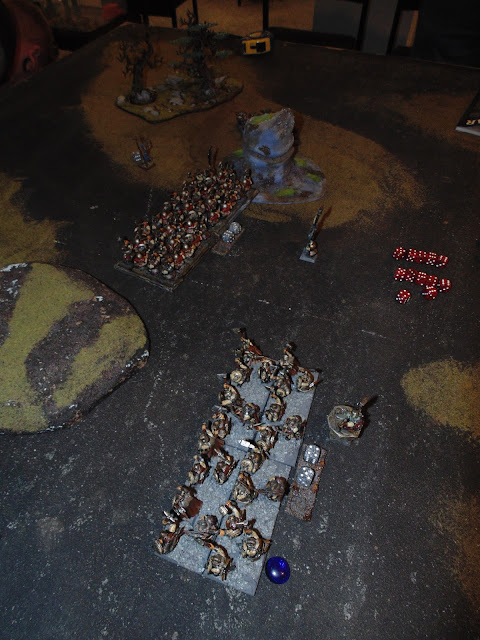 Left all alone the last standard bearer, rather baleful and dejected, and this was how the game ended. I hope Ian enjoyed it. It was interesting to play a smaller game for once and I felt it lost non of its tactical focus. 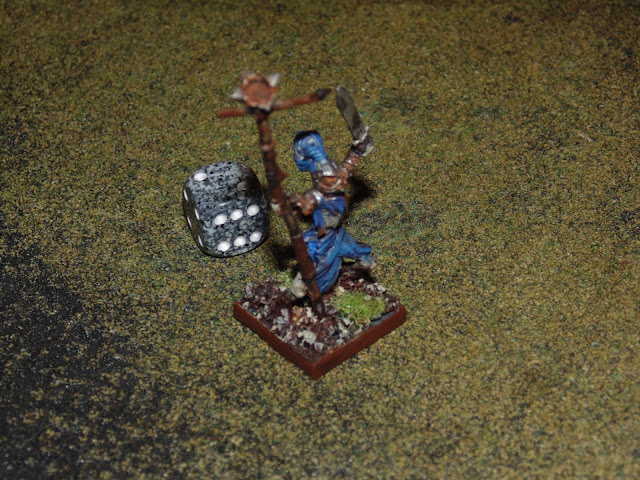 We have been considering a Clocks of War type tournament in the next few months, being a 1000 pts tournament, I will look forward to it :-)