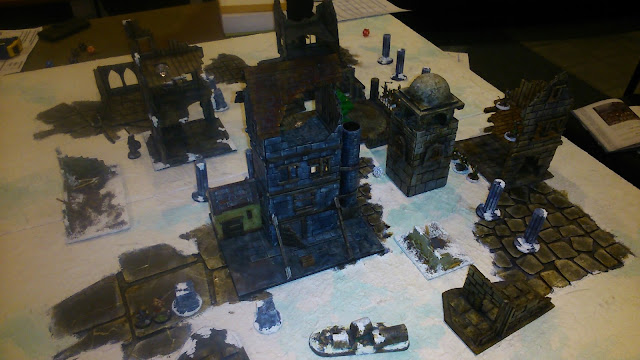 Had a great game, my second, of Frostgrave with Ian over at WWarriors. These are not the best pictures as they were taken with my phone. 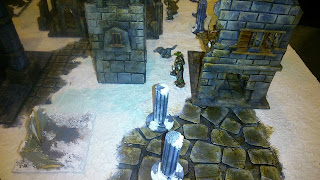 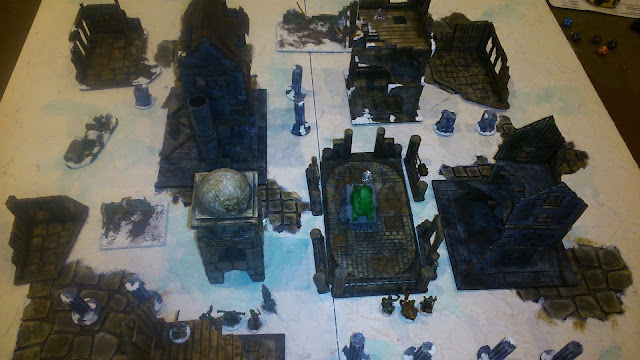 Ian went for a very elite force, only 6 in total, usual casters and a barbarian, an infantryman a tracker I think and someone else?????? (Sorry Ian) 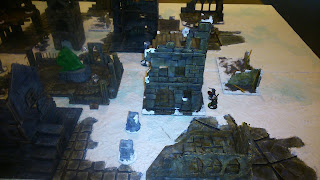 I used exactly the same force as last time:
Thug, Warhound, Thief, Infantryman, 2 Archers, Knight.
In the pre-cast part of the game I tried to get a potion and a construct but completely failed. 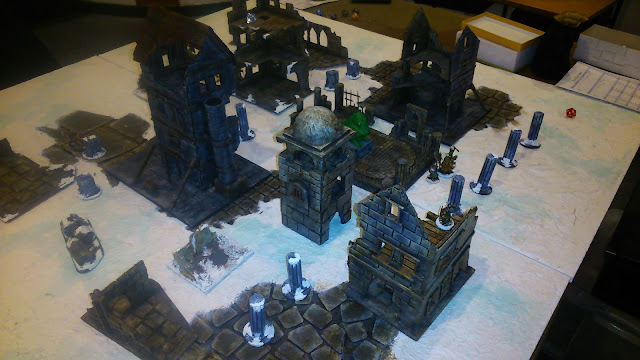 We had placed 6 treasure markers. 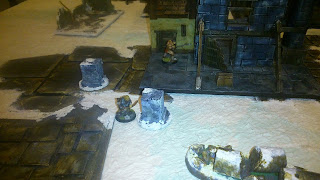 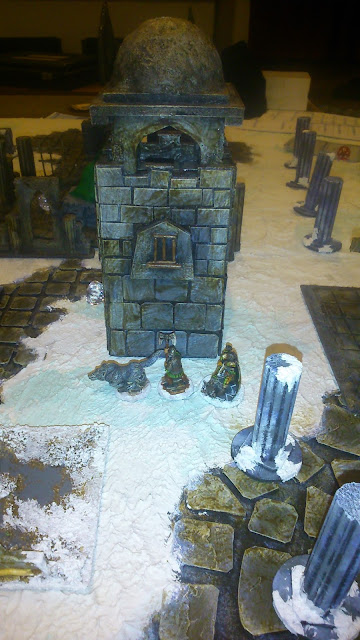 The apprentice with the infantryman and the warhound went up the left flank heading for the caskets. 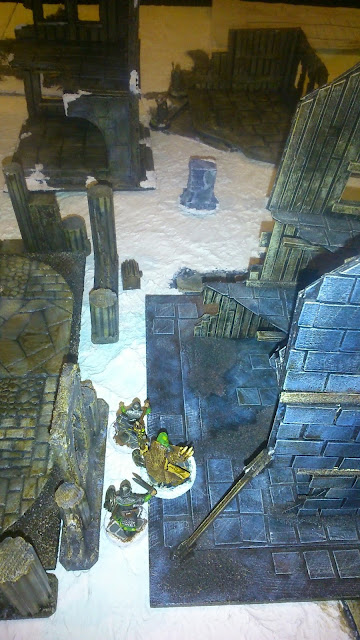 The Enchanter with the thug and knight went up the centre.
Ian's Sorcerer and apprentice showered down elemental bolts. They killed the thug just as he reached the treasure. 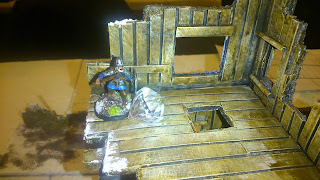 One of Ian's warband climbed to the top of a building and grab the loot. 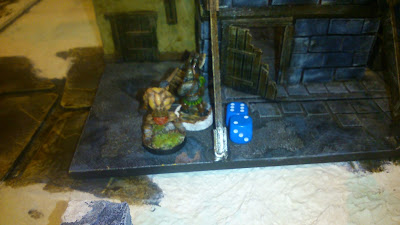 Ian's barbarian hacks large slices out of my infantryman. Shortly after I managed to mind control the barbarian and he moved off for a while. 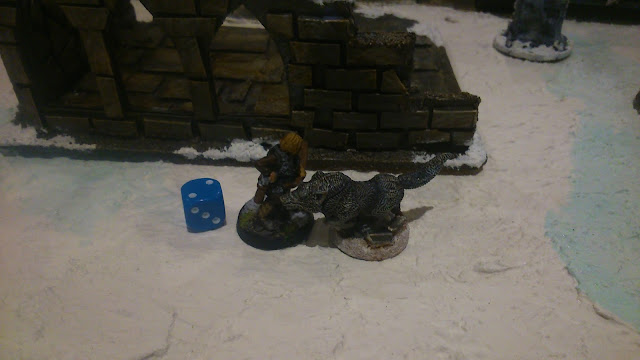 The warhound luckily scores a hit on the tracker. Then next turn killed him. 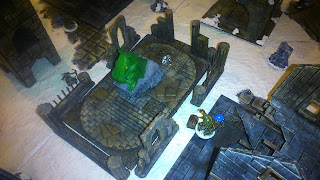 My wizard picks up a casket, bad move, this really slowed him down. 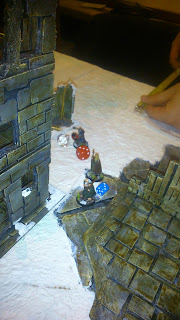 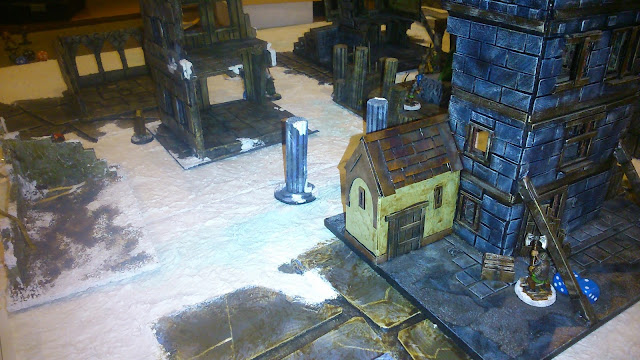 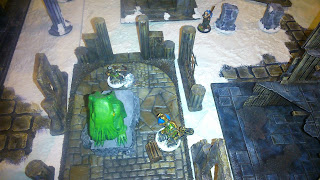 My archer and enchanter slip away with the treasure. 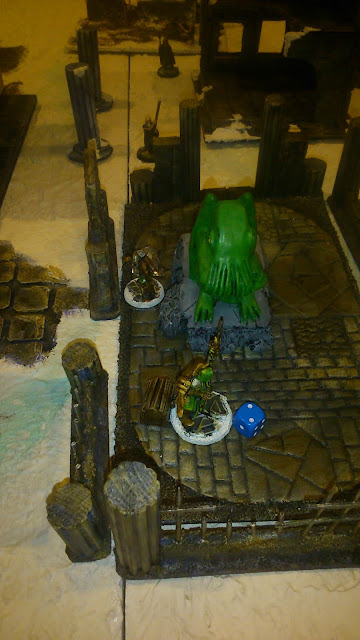 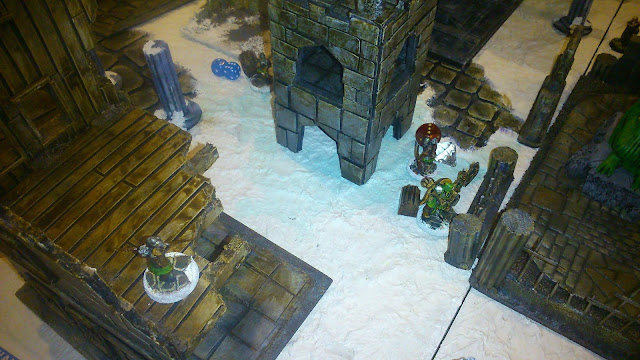 Near the end of the game the warhound edged round the rear of the board to attack Ian's Wizard. While his infantryman had fallen under my Mind Control spell. However although both managed to attack the wizard, they failed to kill him and the game was called at that point 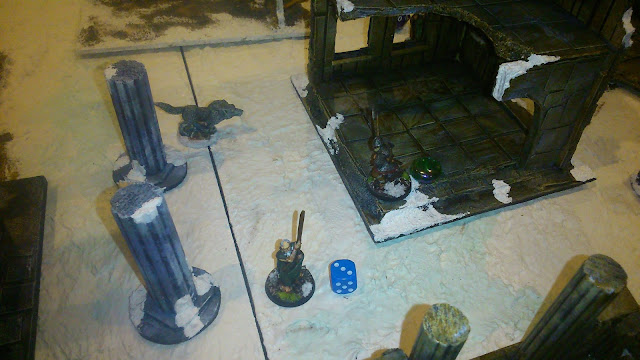 Ian and I thoroughly enjoyed ourselves, very up and down throughout and a laugh. I look forward to our next game. When we have the rules off we will have to start a campaign.