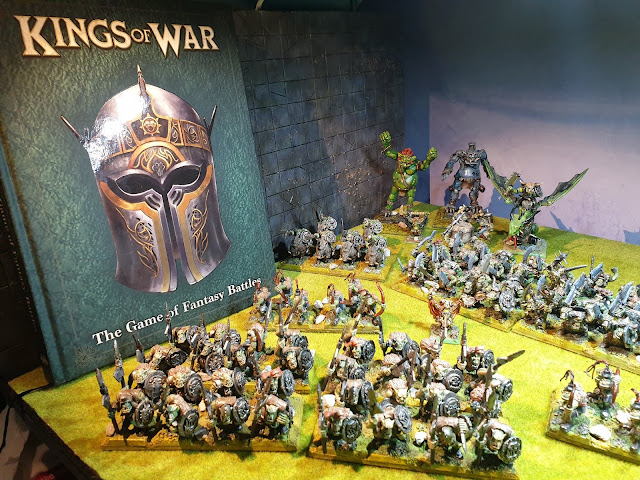 With  the release of the new Kings of War rulebook some three months ago and having not played all last year, I thought I aught to get my finger out and sort out my Orc army to use this year. 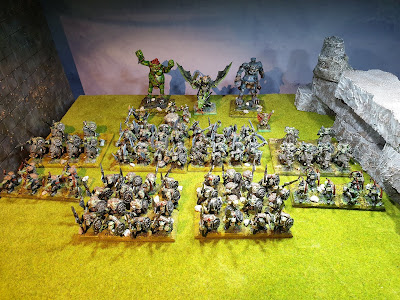 I had some preparation to do,  Giants like Blood Bottler and Butcher Boy here are now classed as Titans and need a 75 mm base and I actually prefer them on these larger bases, they look better. 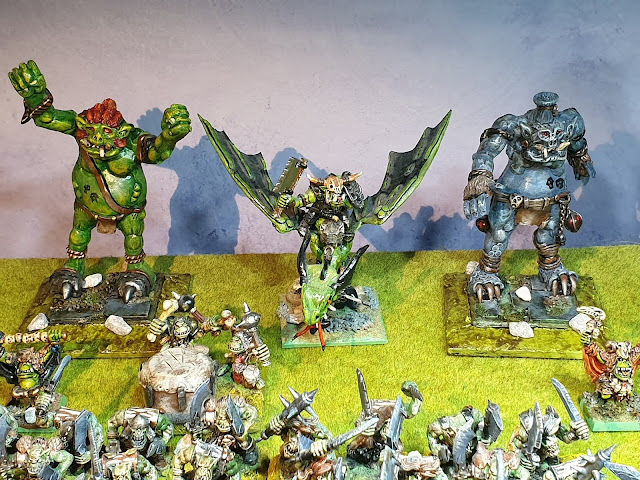 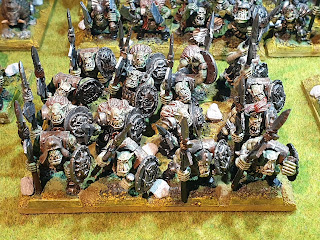 My army is made from a mixture of fairly old to very old miniatures that have been converted, mostly very simply. New shields, perhaps an altered weapon or additional armour or furs, nothing radical. 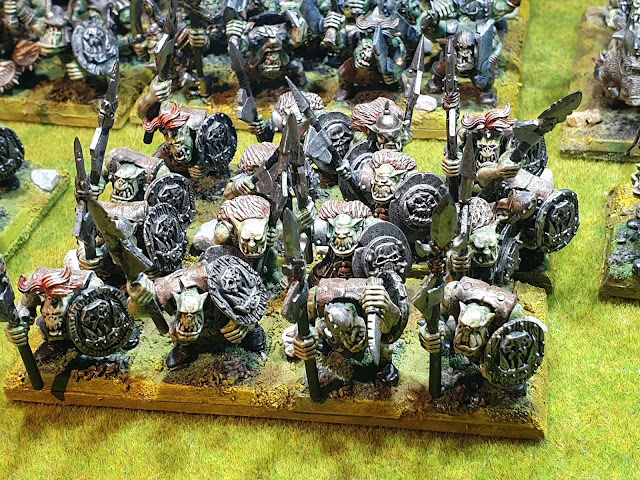 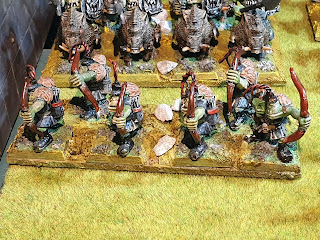 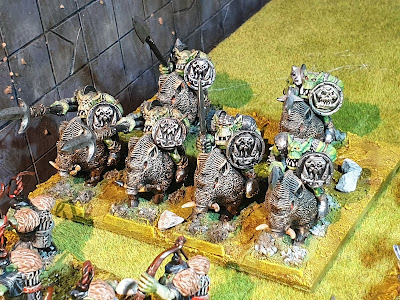 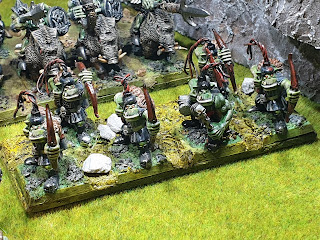 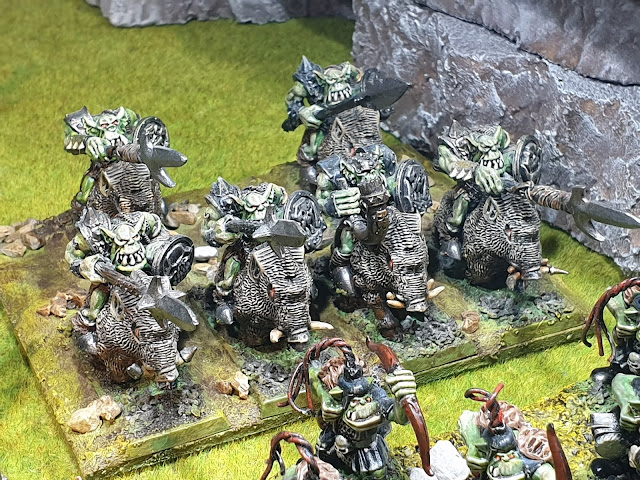 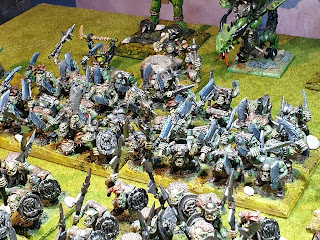 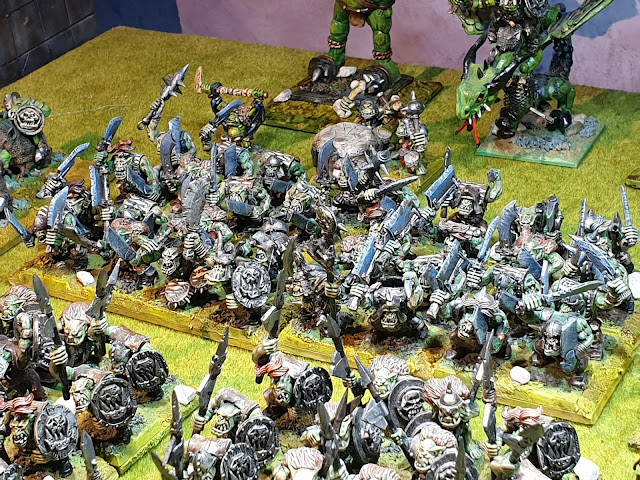 The drum for the War Drum was made from a cork and GS. 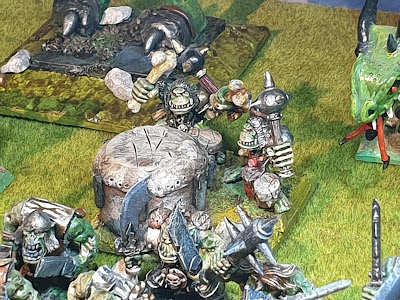 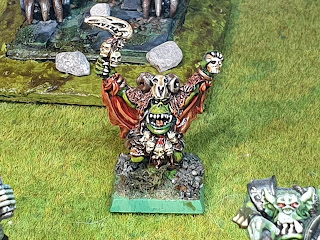 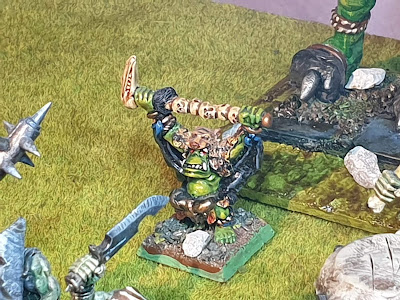 The Giants were scratch built from MDF, GS and bits from my box. As was the Dragon, but not the Orc Warlord. 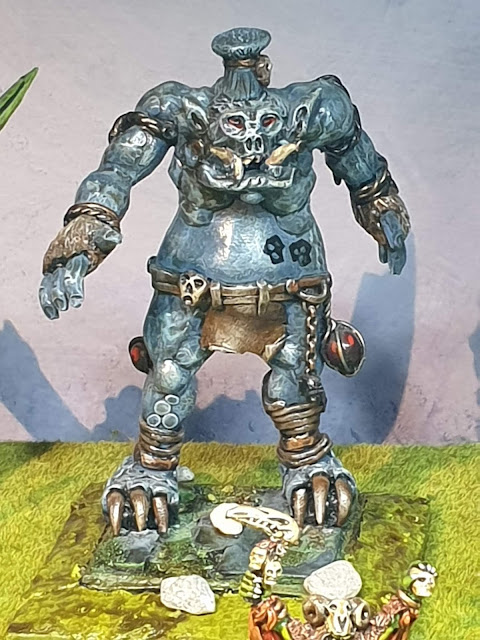 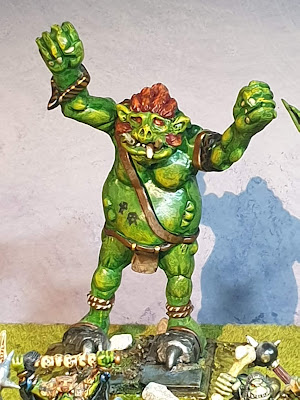 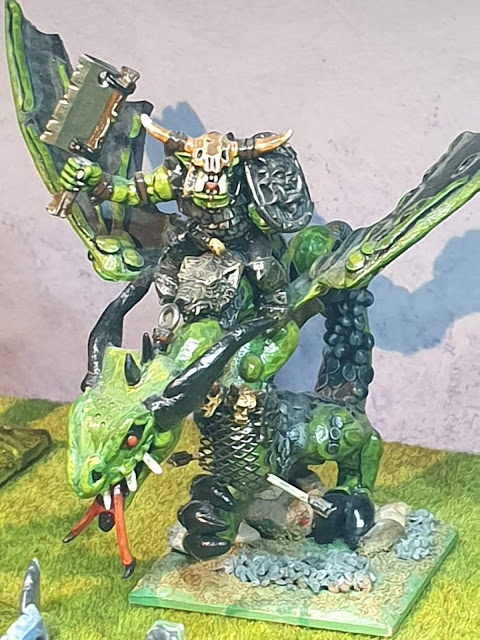 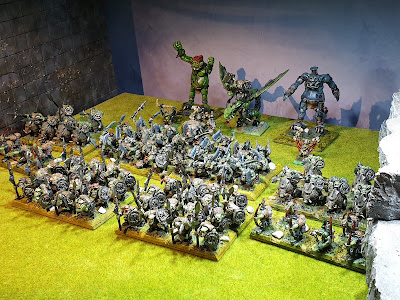 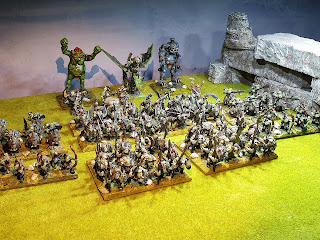 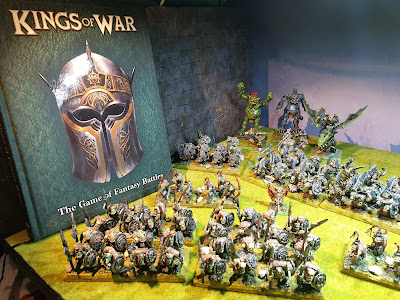 I will be adding a few more units to bring this army to about 3000 points and to give me more opportunity to swap units out, I have Chariots, Battle wagons and Morax to sort out. 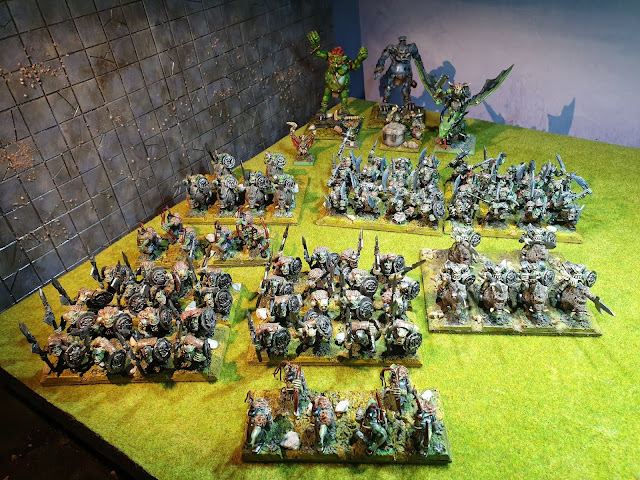 Looking forward to getting some games in at Wakefield Warriors and with a couple of my friends.