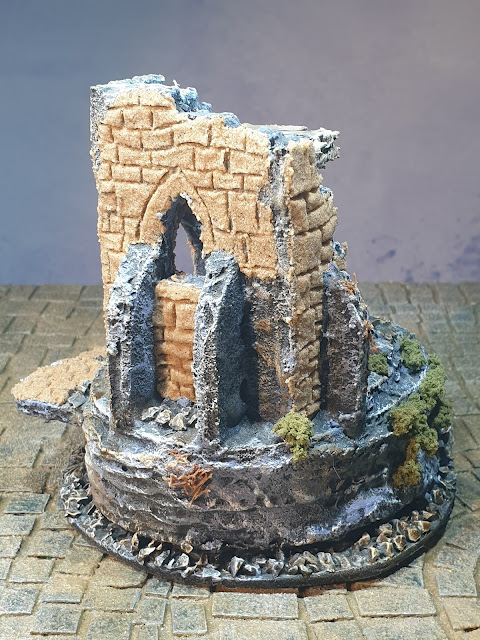 Some pictures of the penultimate pair of models I have been revisiting in the last 3 weeks or so. 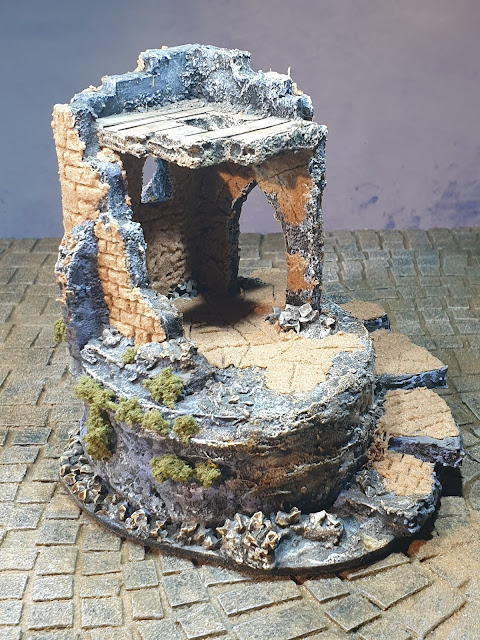 The walls were all reworked and the floor sculpted in PVAcrete. I did a sort of cobblestone look on the stairs and a broken slab effect on the interior of the small tower. 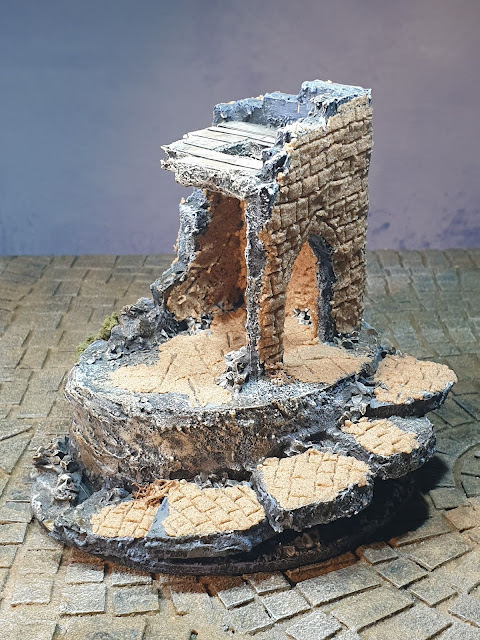 The interior walls were given a sort of rough look, with a few details to suggest age damage consistent with the rest of the model. 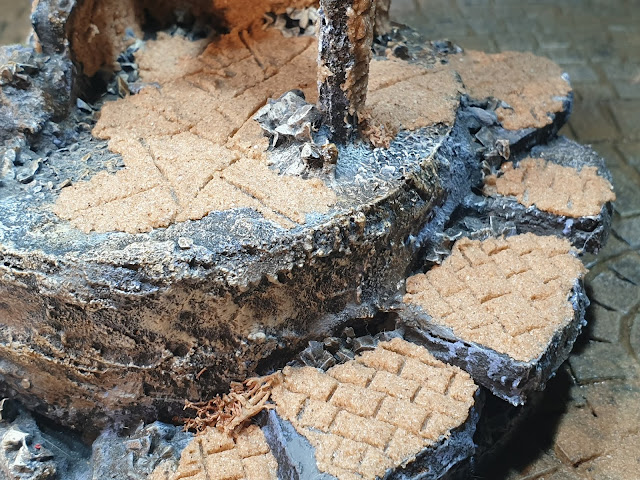 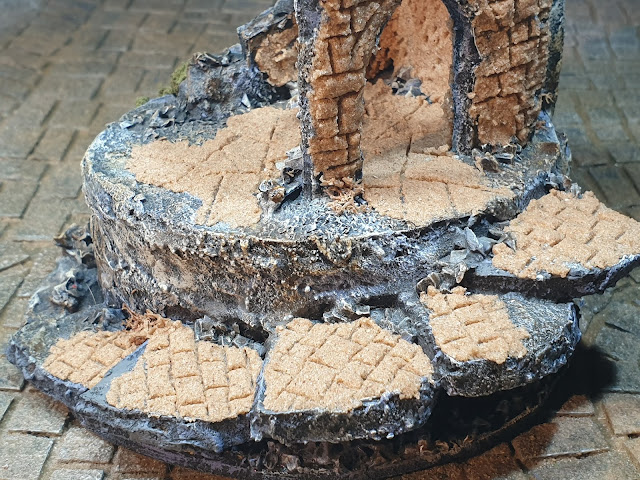 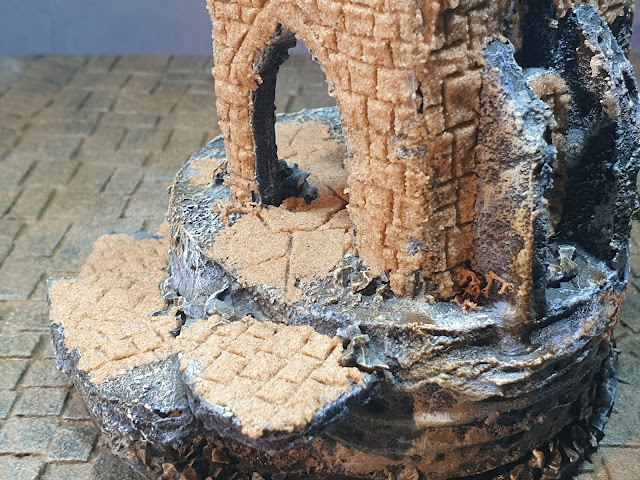 So I was pretty happy that this was better than the original. All good. 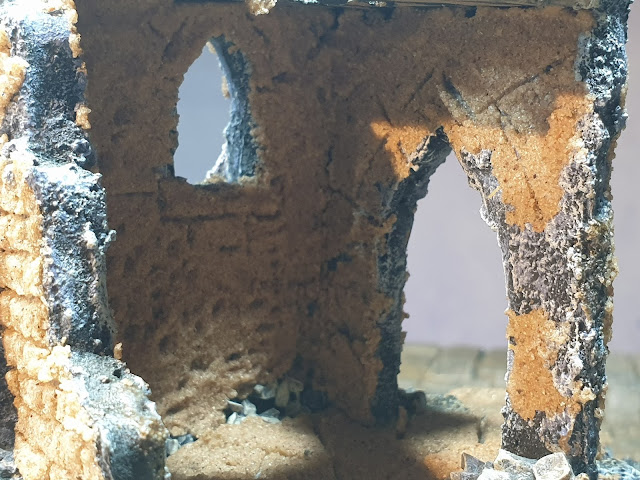 The second piece was a funny one and I really didn't feel there was much I could do to redeem it so it was more useful. But I had a go. 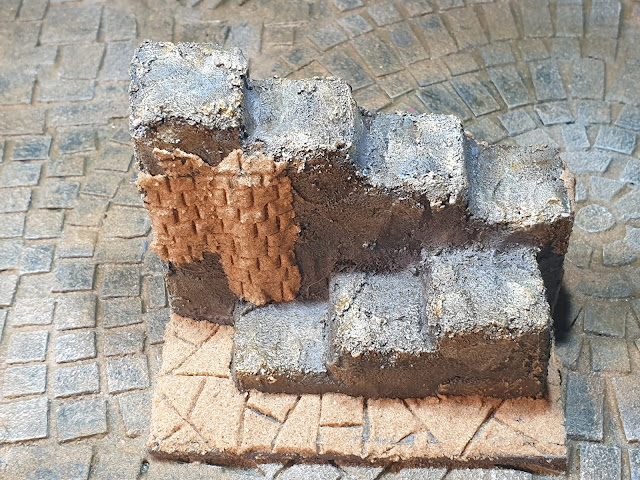 I shortened the base so it was easier to line up against other models. 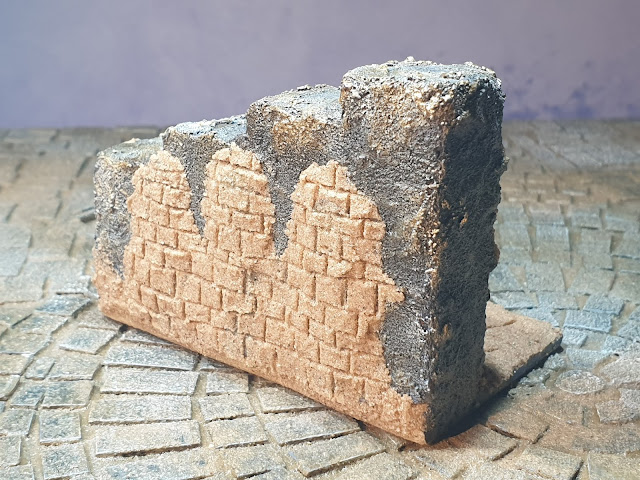 Then I covered over the lolly sticks with PVAcrete
and sculpted rough brick work into it. Its this part that doesn't entirely work for me, but its the best I can do at this moment. 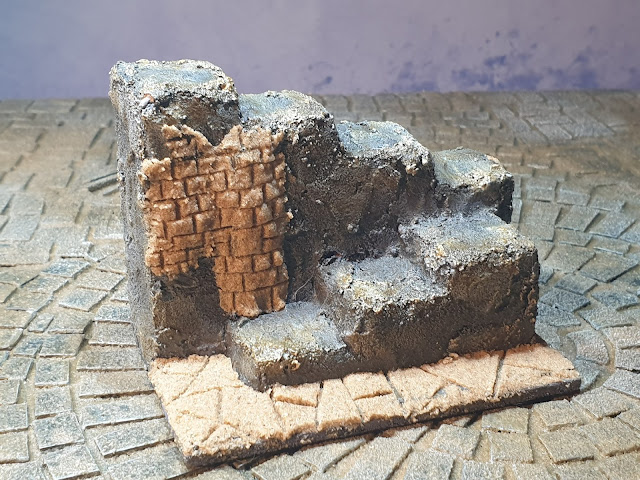 Finally I sculpted the base in broken tile effect and that was it.
Next post will be the larger single tower, which will probably be the biggest challenge of the lot.
Posted by Darryl Hunt at 02:49