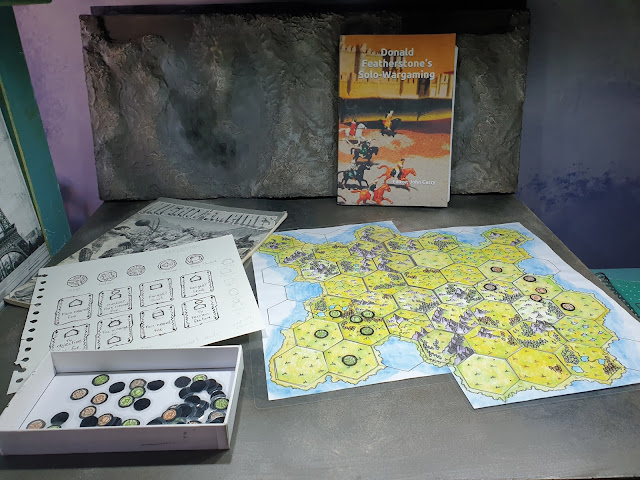 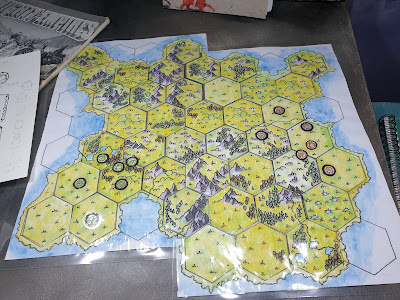 I've produced a range of materials to help me play solo, from cards to maps and have been researching information from a variety of sources. Mighty Empires-GW, Solo Wargaming-Featherstone, Oathmark series- McCollough and of course old ideas I had of my own and things gleaned from the internet. 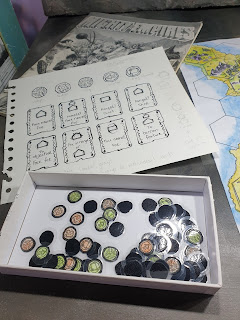 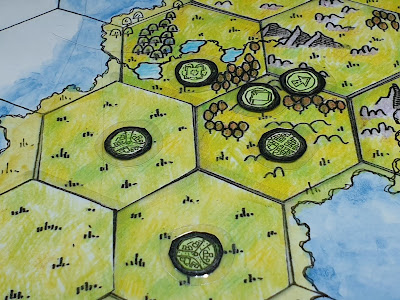 So I have produced a map using my D&D map making cards and laminated that. Then using the Mighty Empires markers I drew some tokens for villages, cities, fortresses, armies and direction arrows. 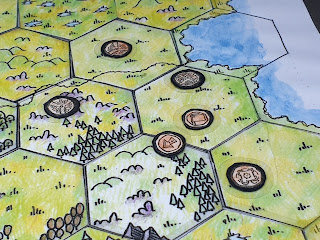 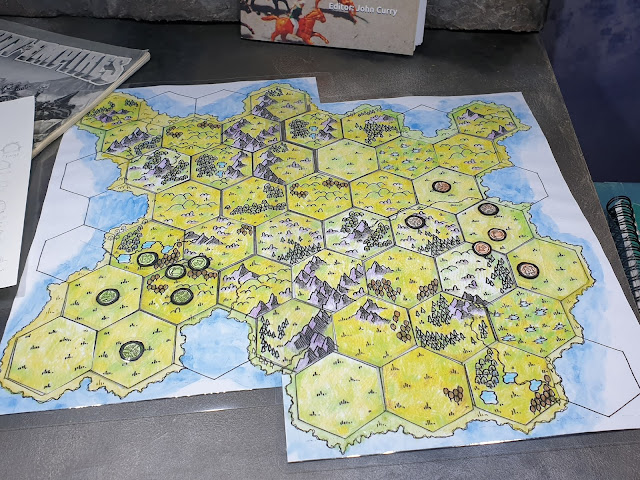 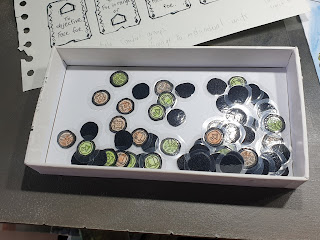 I drew the tokens much larger and then shrank them once coloured on my printer. 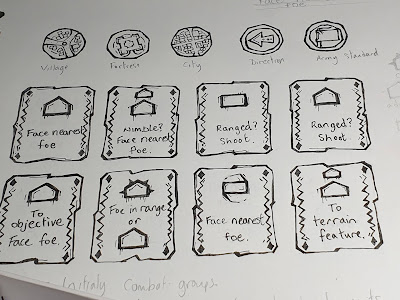 As I was going to use these with 10mm Romans/Celts I created some unit cards, as Don would have done, to enable secret deployment. 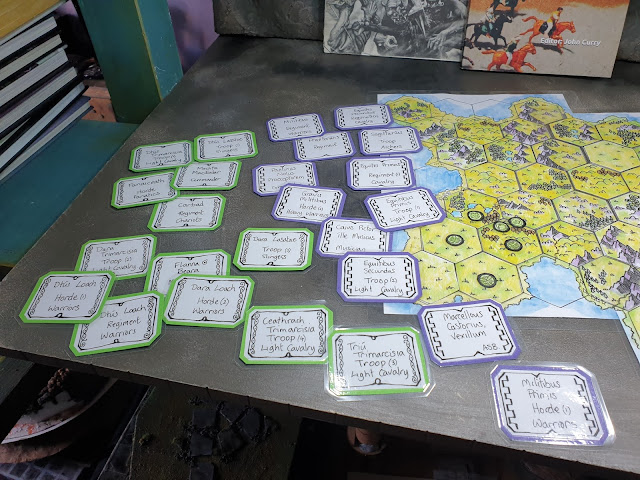 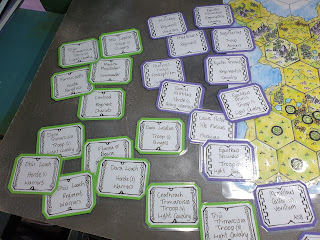 Then tactical cards to aid in play once the game has started. Now these are the most problematic part of the process, basically they might well give silly orders to the AI army that follows them. Only time will tell.
The illustration gives movement instructions and underneath are further combat suggestions. 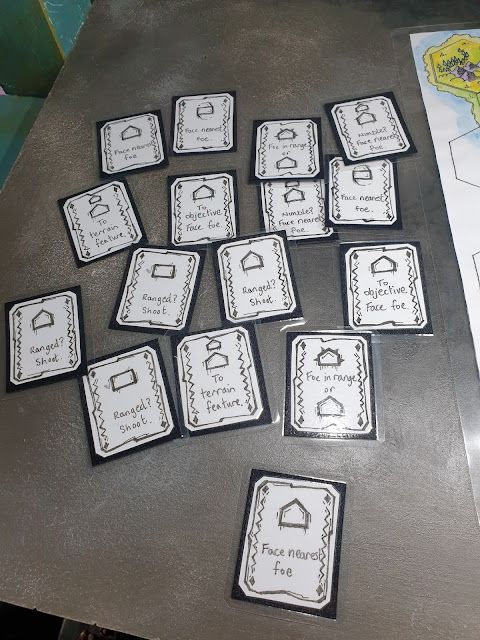 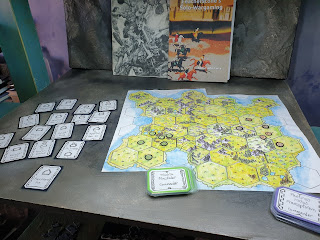 Finally I added something I made a very long time ago. It is a set of terrain cards that creates a very wide number of possibilities. I did not design these I found them here , so thanks very much to Avian. 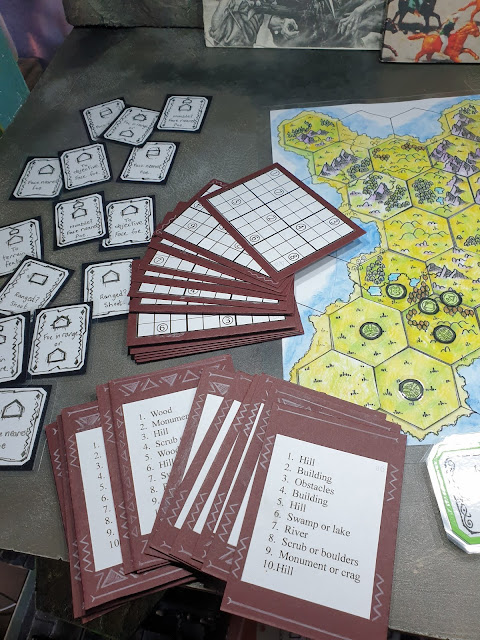 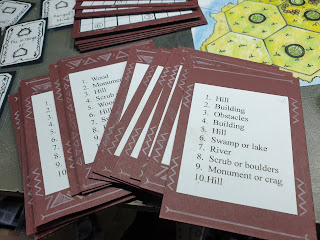 These cards by Avian I have used loads of times and they work really well in my opinion. 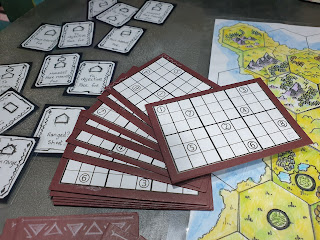 Finally Don Featherstone talks about having a system of rewards and fines for units that do well or poorly and also weather related tables etc. Well the Oathmark books have a wealth of material about this and other ideas, most notably battles that are linked together through scenarios. So I will be using Joe's rules to help create a more interesting battlefield development. 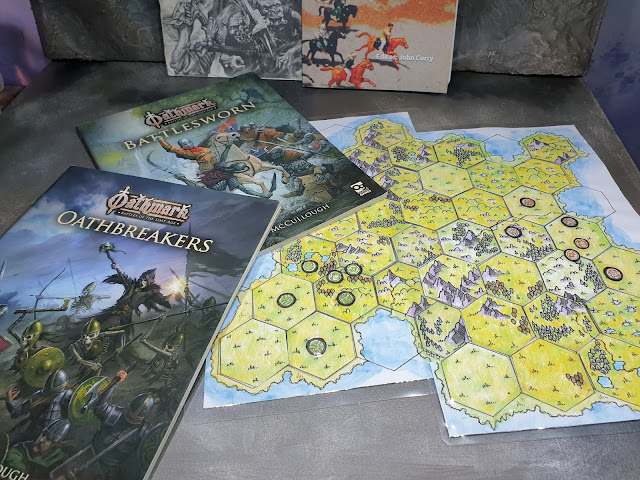 There you go, my latest folly, but not the last.
More to come next month.
Posted by Darryl Hunt at 06:33