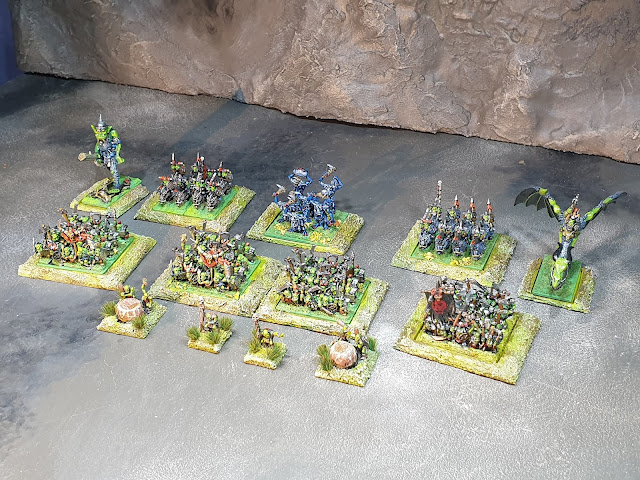 These models in 10 mm are obviously meant to be used to play Warmaster, by GW. However recently I've played KOW solo with Warmaster models, mostly Romans and Celts. 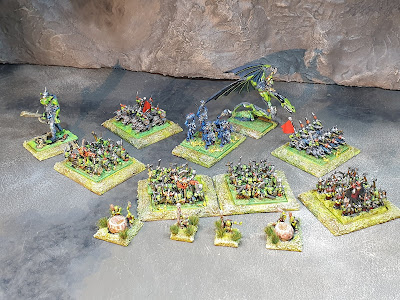 However on those occasions I was playing alone and didn't worry about base sizes. Recently Luke and Lee at Geek Gaming have been talking about playing KOW in 10 mm and then Luke made this video about just that, having printed off several 10 mm armies. 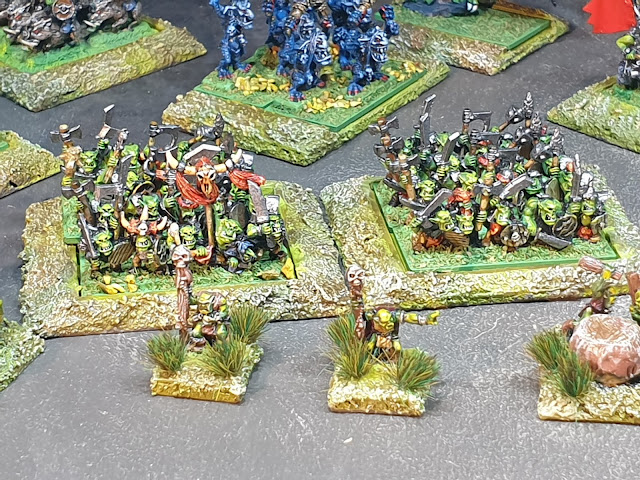 As a result I decided to semi convert my Orcs to be on the correct base size and this is what I made. 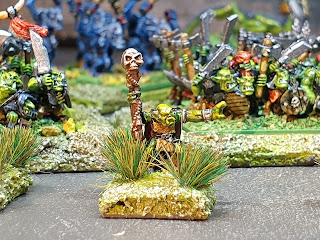 Some of the individual models I made from Pendraken models, the majority were GW. 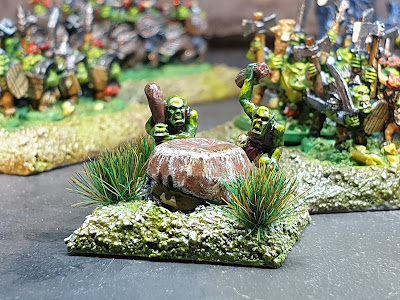 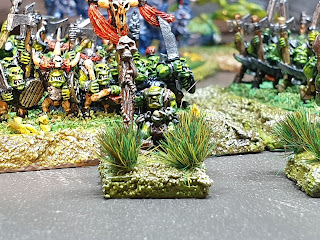 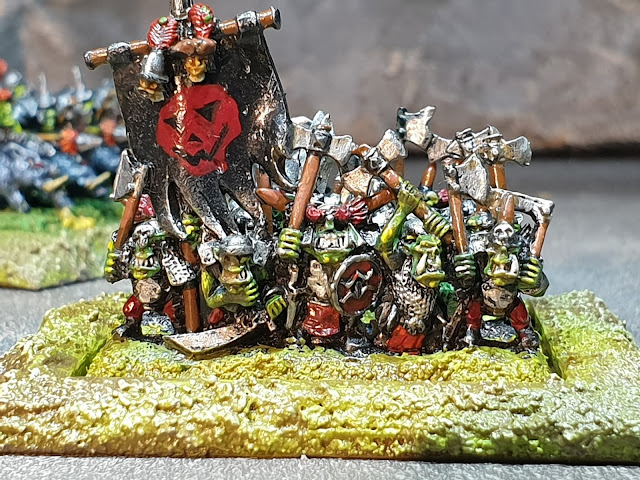 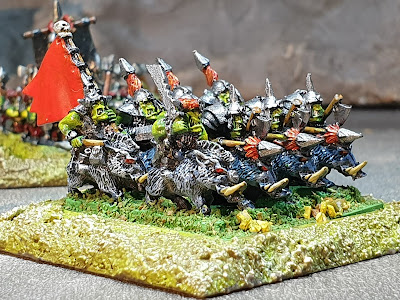 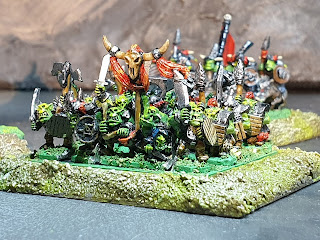 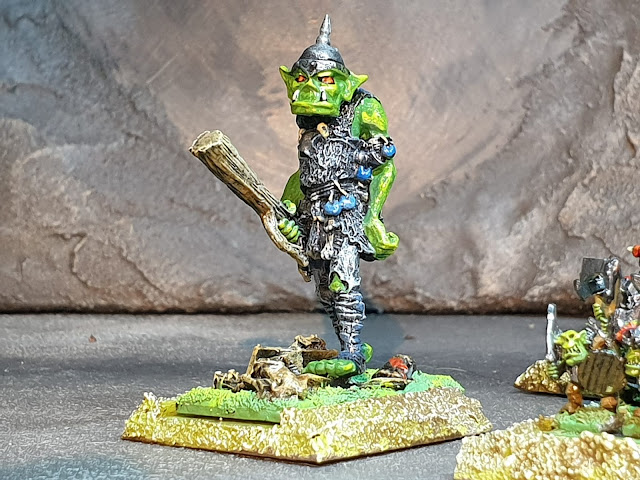 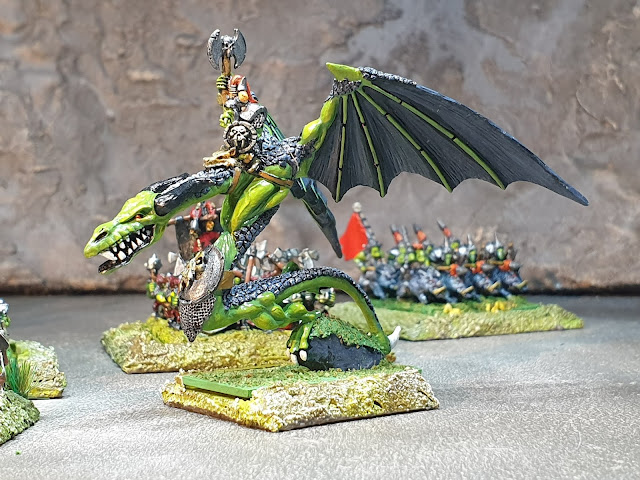 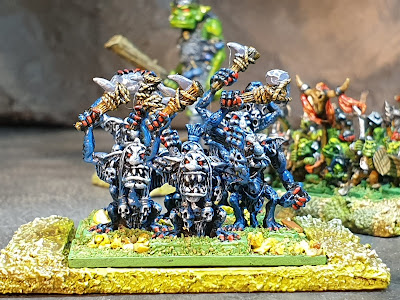 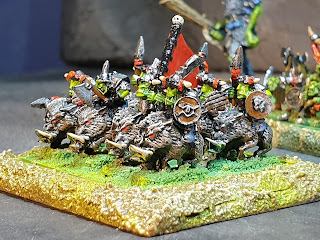 Miniatures free of the base I made.
The giant and the Slasher had to have a small bit of Blu Tac added to the base to keep it in place. 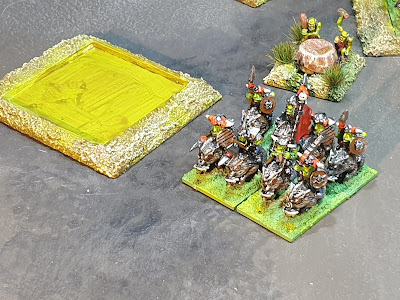 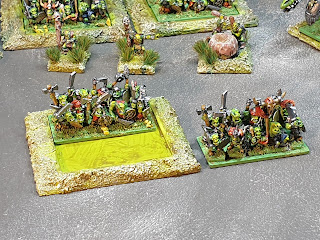 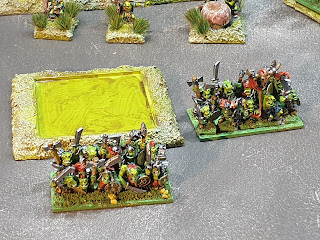 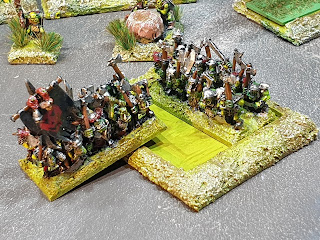 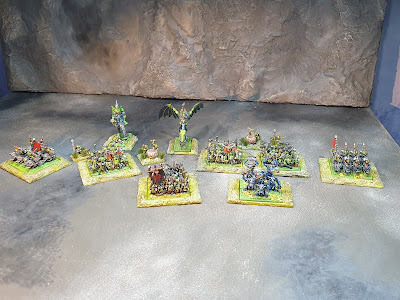 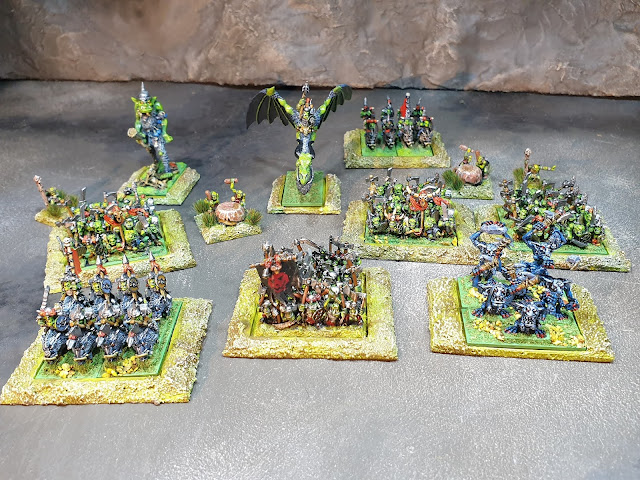 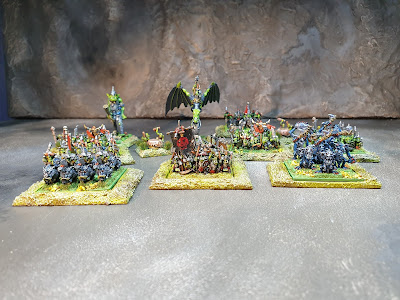 The slashers base was a bit hit and miss, but will do. 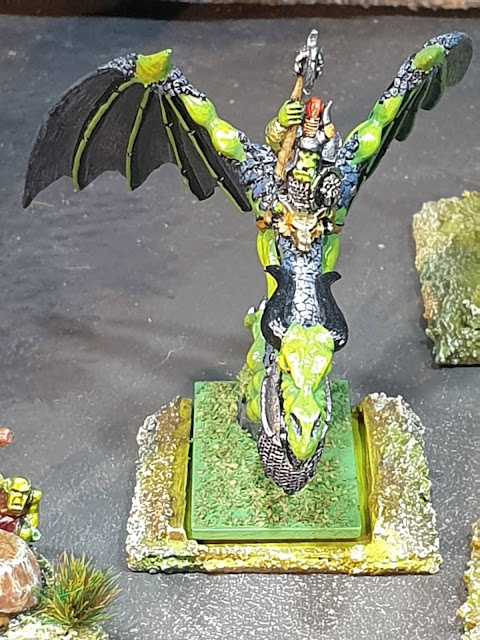 If  you feel like you may have seen these before at least a month ago on this Blog you would be correct. Google decided that the post had transgressed their standards and removed it, Obviously that decision was reversed and so I have reposted it,
All's well that ends well :-)
Posted by Darryl Hunt at 07:34