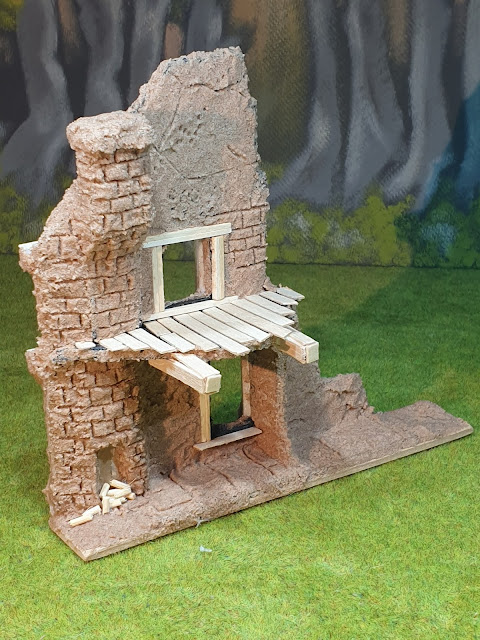 This could be termed as another refurbishing job, but since I never actually played with any of this stuff lets call it further development instead. 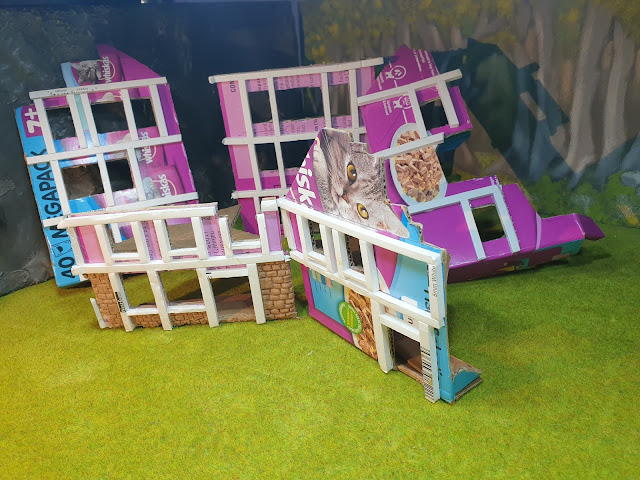 I started to build two new ruined buildings, just for the fun of it, but lost my way and never completed them. Then I decided they either had to go or needed realising in a different way. 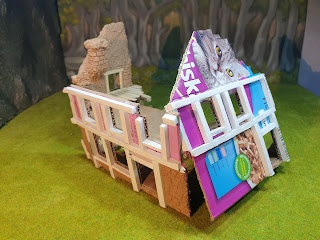 So I got on with it, 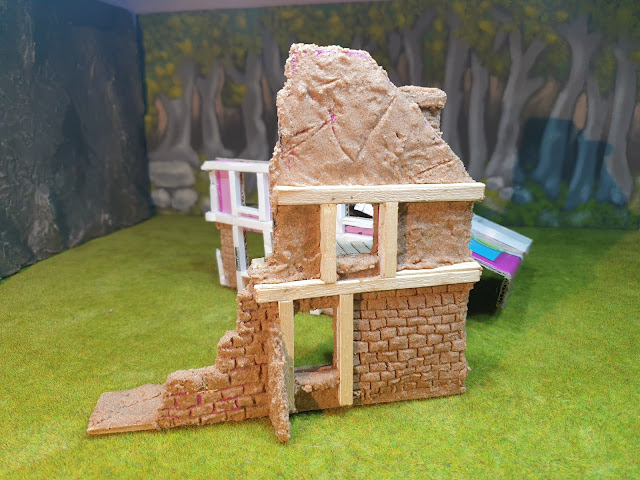 I stuck a base on it for stability and began working on the timbers. On this build I decided it was time for a different technique/material. I used tapers to create the wood which I marked with a pointed modelling tool. 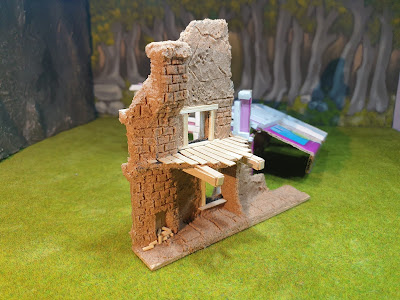 Then I added a whole lot of sand and glue in the form of PVAcrete, which made the structure very strong and very tough. 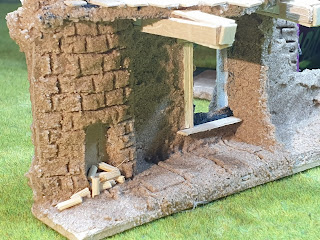 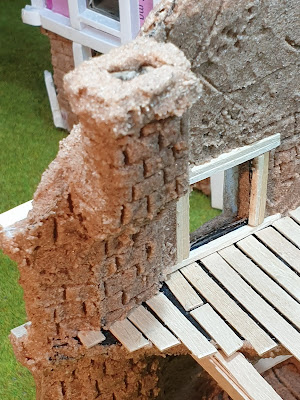 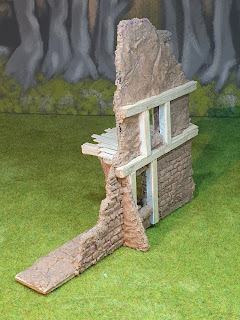 There a few areas that need some further work, but basically its done and next I will be painting it. 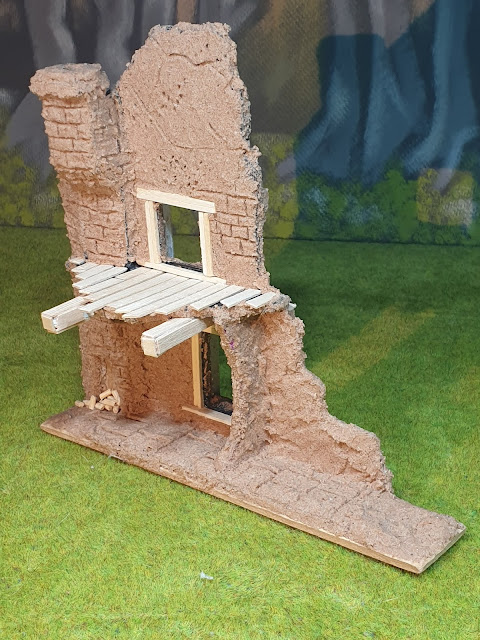 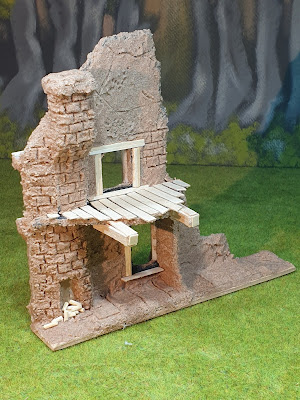 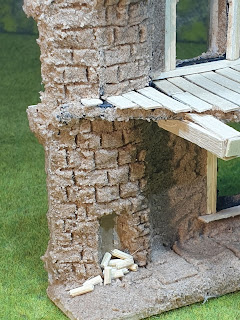 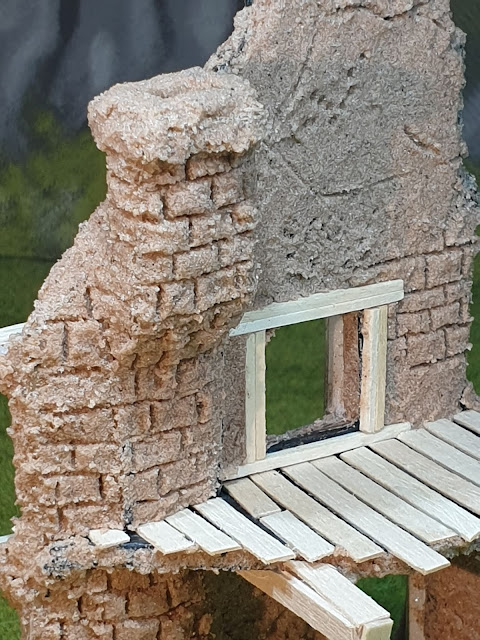 What I like about these separate ruins is that you can place them together to create a whole building or use them individually or play with them to create all sorts of new configurations. 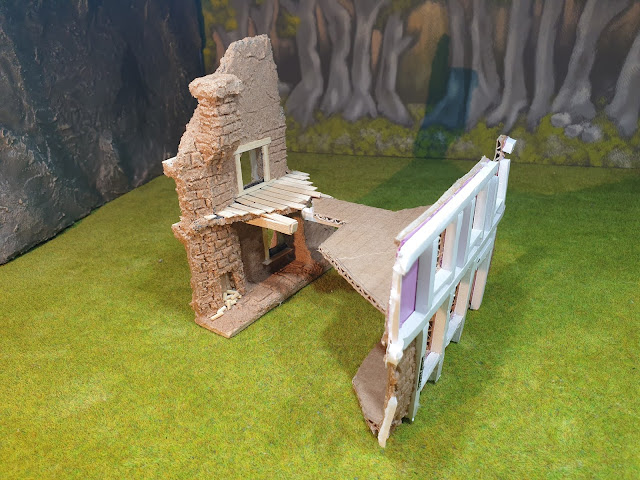 This is one of the original two buildings I began making ages ago out of a cat food box, my favourite material to build with. 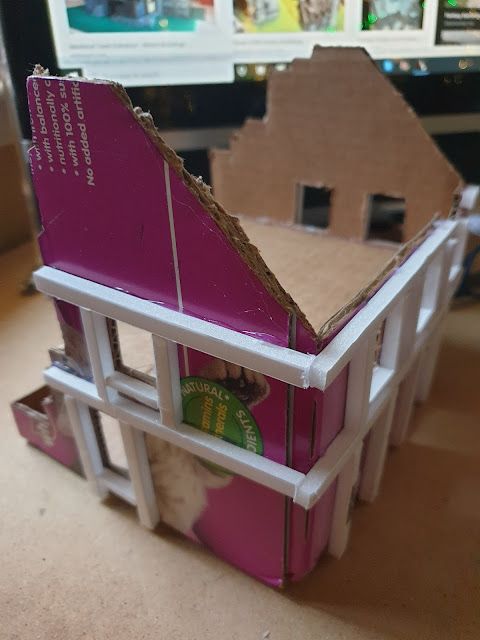 But I just wasn't feeling it, so they didn't get very far and took up a ton of space on my table. 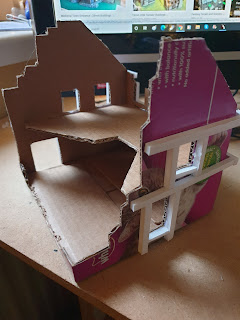 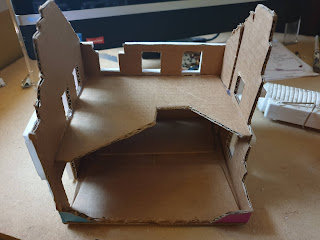 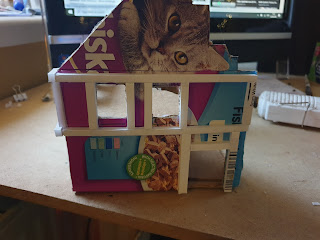 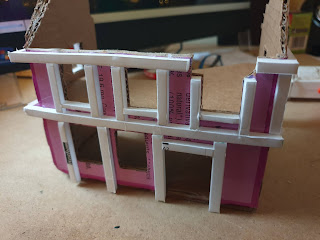 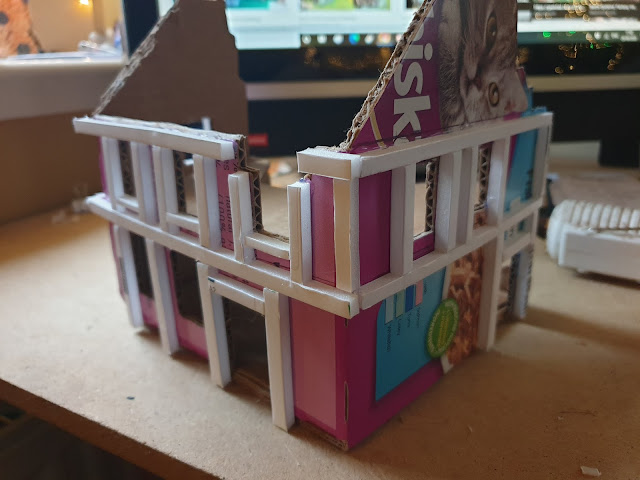 Will post the painted version and further developments in the near future.
Cheers
Posted by Darryl Hunt at 07:29