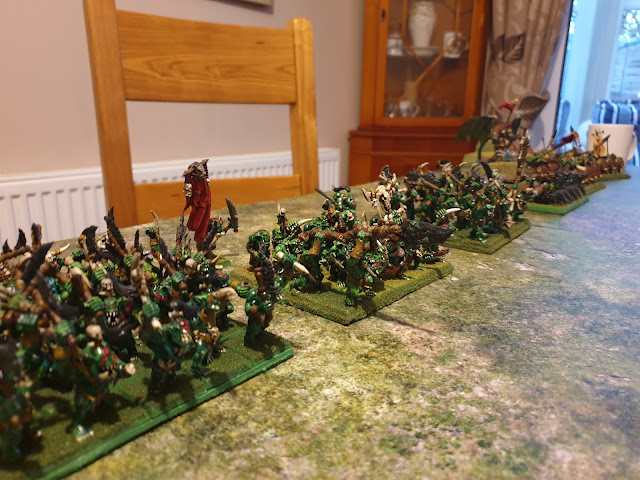 Nearly a month ago now I finally got to play a game of Kings of War with my friend Mick over in Leeds. It has been a very long time in coming and it was a fun evening. 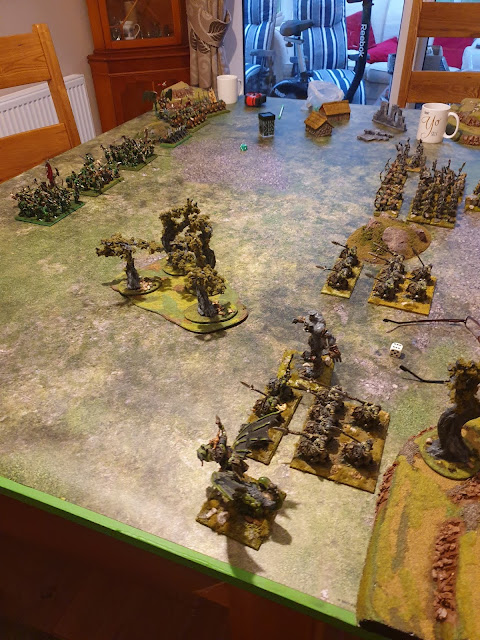 As you can tell from the title and the initial pictures it was an Orc on Orc clash and in many respects the armies were very similar. I think I had a few more units of chaff, but that was about it.
Both our generals were riding winged Slashers, we both had units of Gore riders, Trolls, Giants and plenty of Morax, Greataxe and Axe 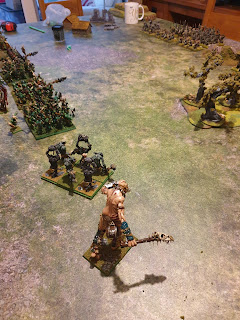 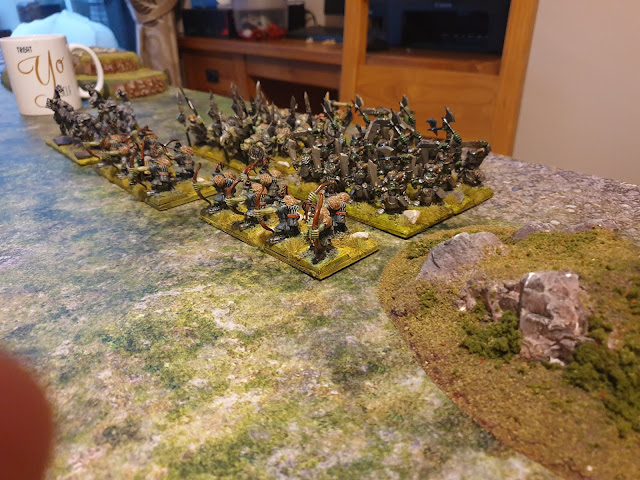 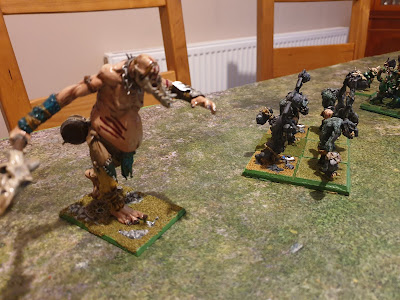 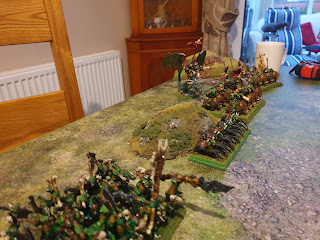 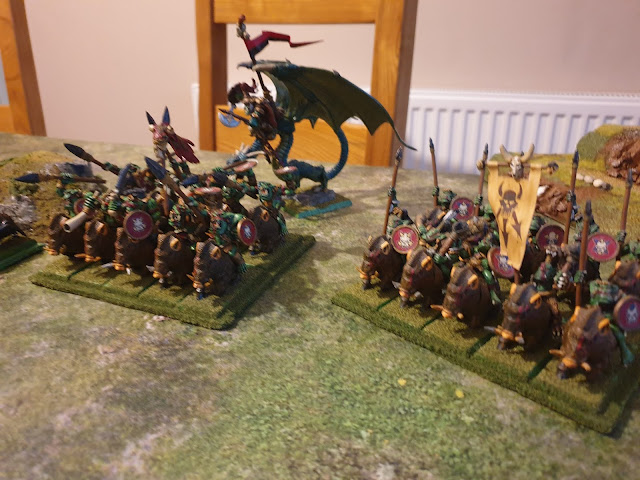 Sorry about the blurry pictures I was excited to be playing. 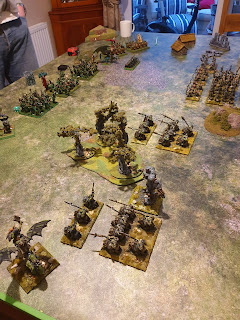 I  got the first turn and tentatively moved up.... but they were Orcs Darryl what on earth were you thinking???? 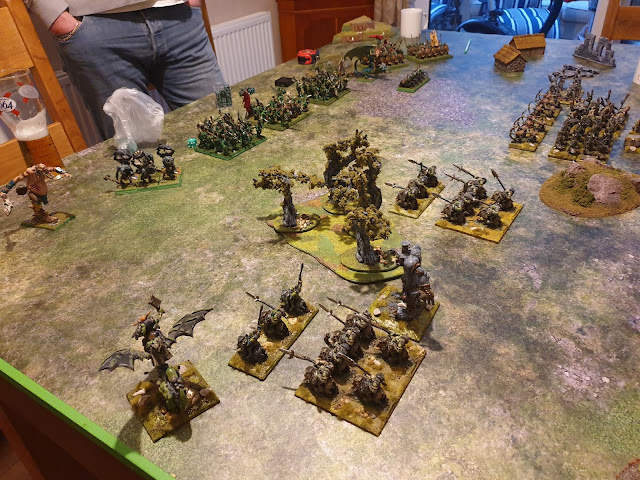 After a couple of turns shifting about we were getting close to shooting a bit, which turned out to be pants. 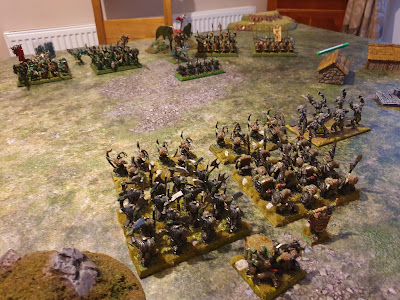 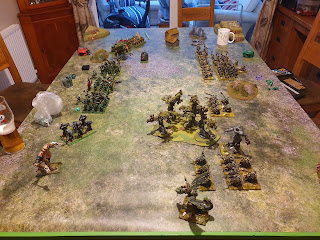 Having thrown out all my chaff, Mick decided it was time to kill it all off. 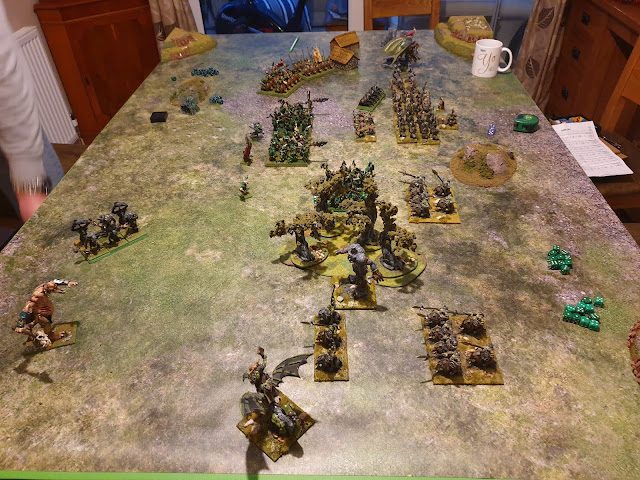 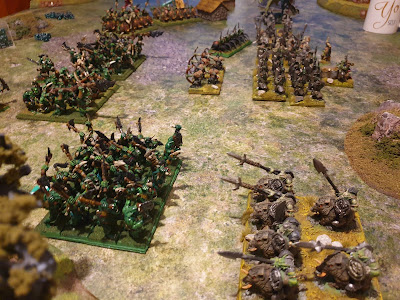 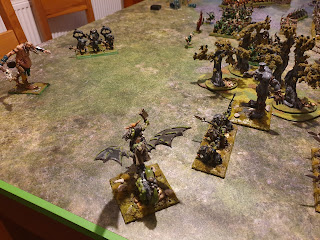 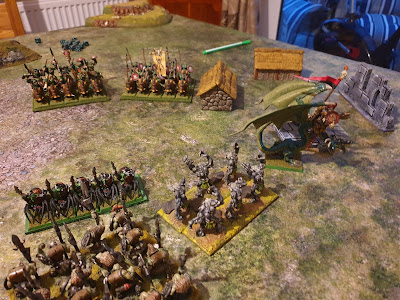 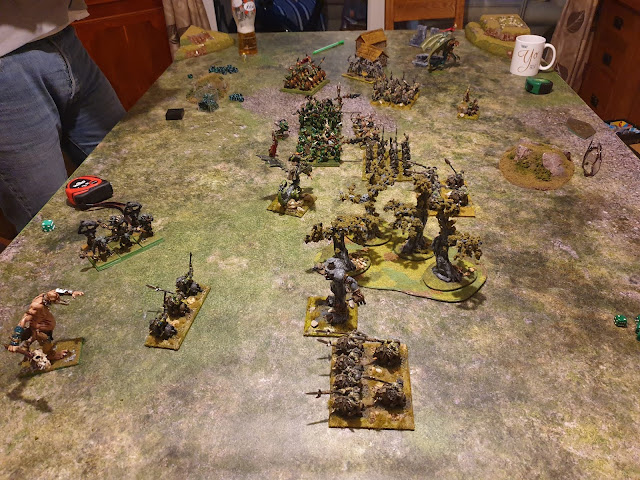 It was at this point that combat was joined and I managed to wound Micks various units about the amount that you would expect. 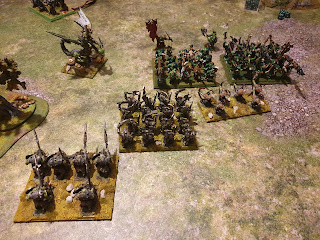 However the first 4 nerve rolls I made for Micks troops were ridiculous, everyone was either and 11 or 12! Looking below you can see that Micks troops took a battering on my right flank, although they stood their ground on the left. 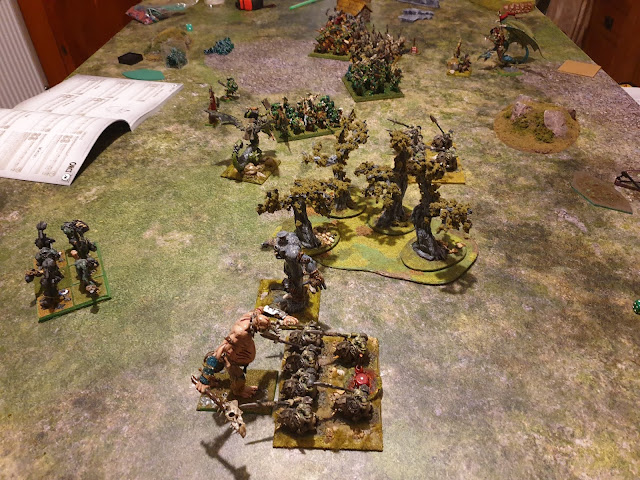 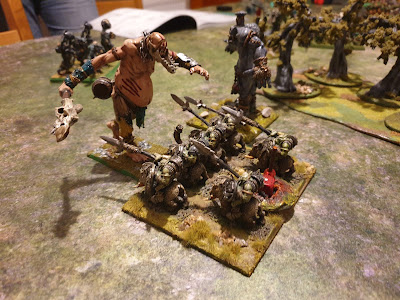 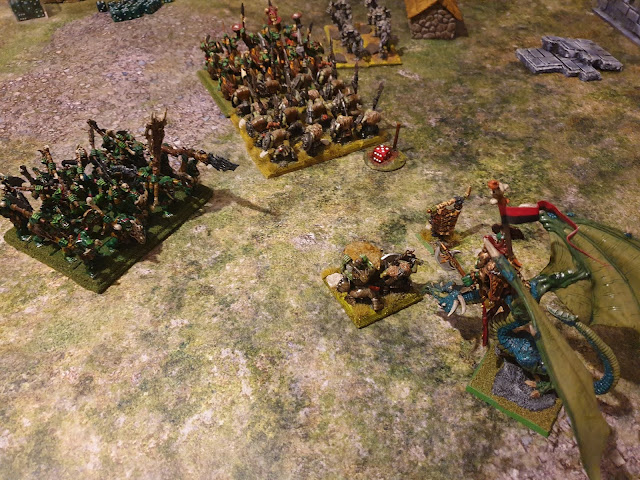 Mick's troops mounted a come back on the right, but in the main I managed to survive the onslaught. 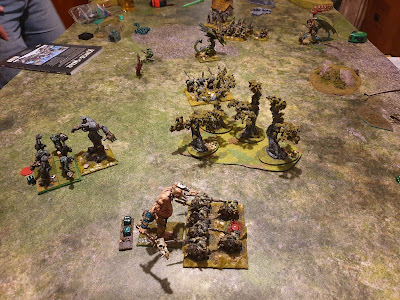 The Giant and my Gore riders were exchanging wounds, blow for blow, until Mick's giant stomped all over the riders. Ah well lads better luck next time. 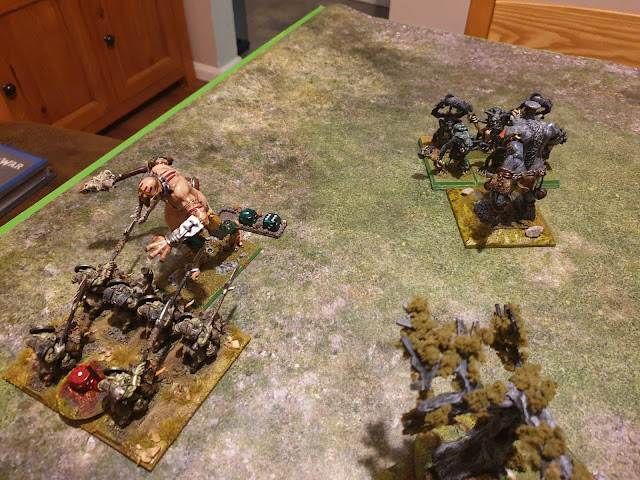 However on the right flank apart from the Warlord and his Flagger, the rest of Mick's green horde had bitten the dust. 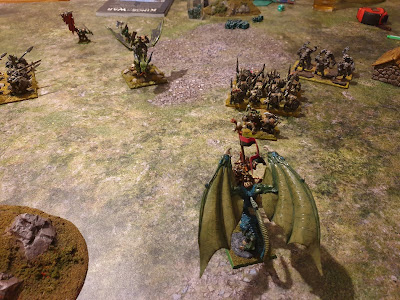 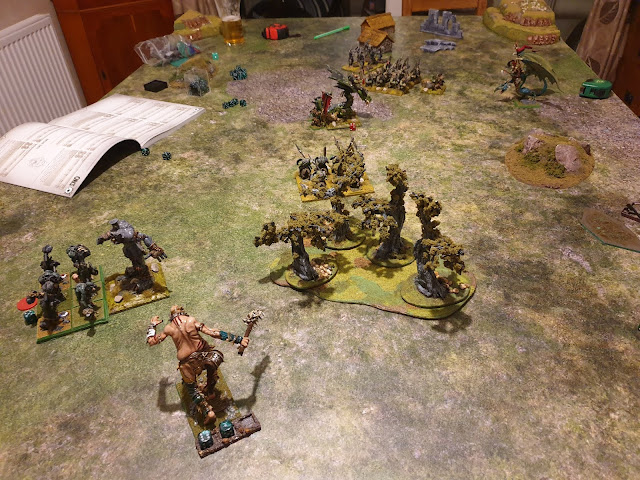 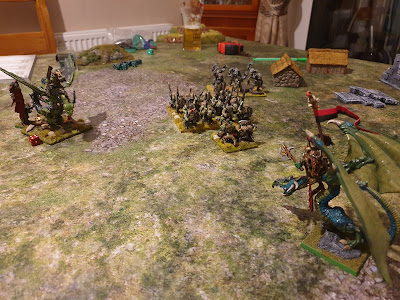 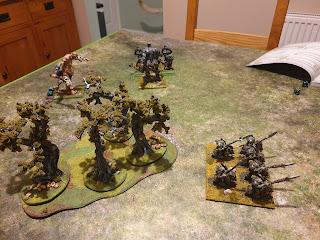 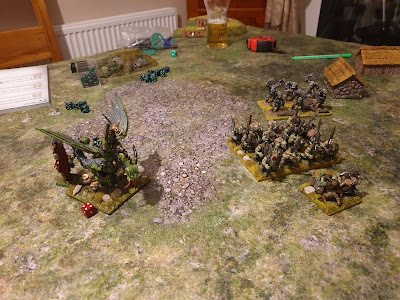 That brought us to the end of the turn and the end of the game. Mick felt I had won, even though the tide was turning on the left flank, so we called it a night. 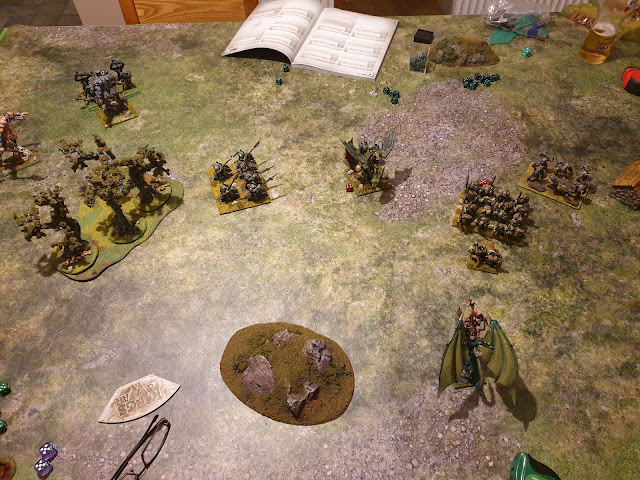 It was a fun game and there was lots to laugh about. We both had to look stuff up in the rule book, both being very rusty, and very old, but look forward to another game.
Perhaps not Orcs V Orcs next time. think my Nature army needs reworking and bringing out.
Posted by Darryl Hunt at 17:07