Some time ago I built a load of different shaped hills. Every now and then I would look at them and decide they weren't up to scratch. So I have altered these hills four or five times over the last 15 years.

I always considered whether to throw them away and start again, but being a tight git I never did. So they started as simple green painted poly: then they got covered in sand: coverd in flock: had stones added: got covered in oak stain: finally had cork bits added to them and repainted. Phew!

So as you can see I don't give up on hills easily. And this how they look now.
However a thought has occured to me and its this, these aged hills are based on cereal packet card, they are flimsy. So the next stage in their development is to mount them on hardboard.

No, I did not buy a load of hardboard. A neighbour was throwing four sheets of 4ft by 8ft away and so I gave it a home. I am a terrible horder. 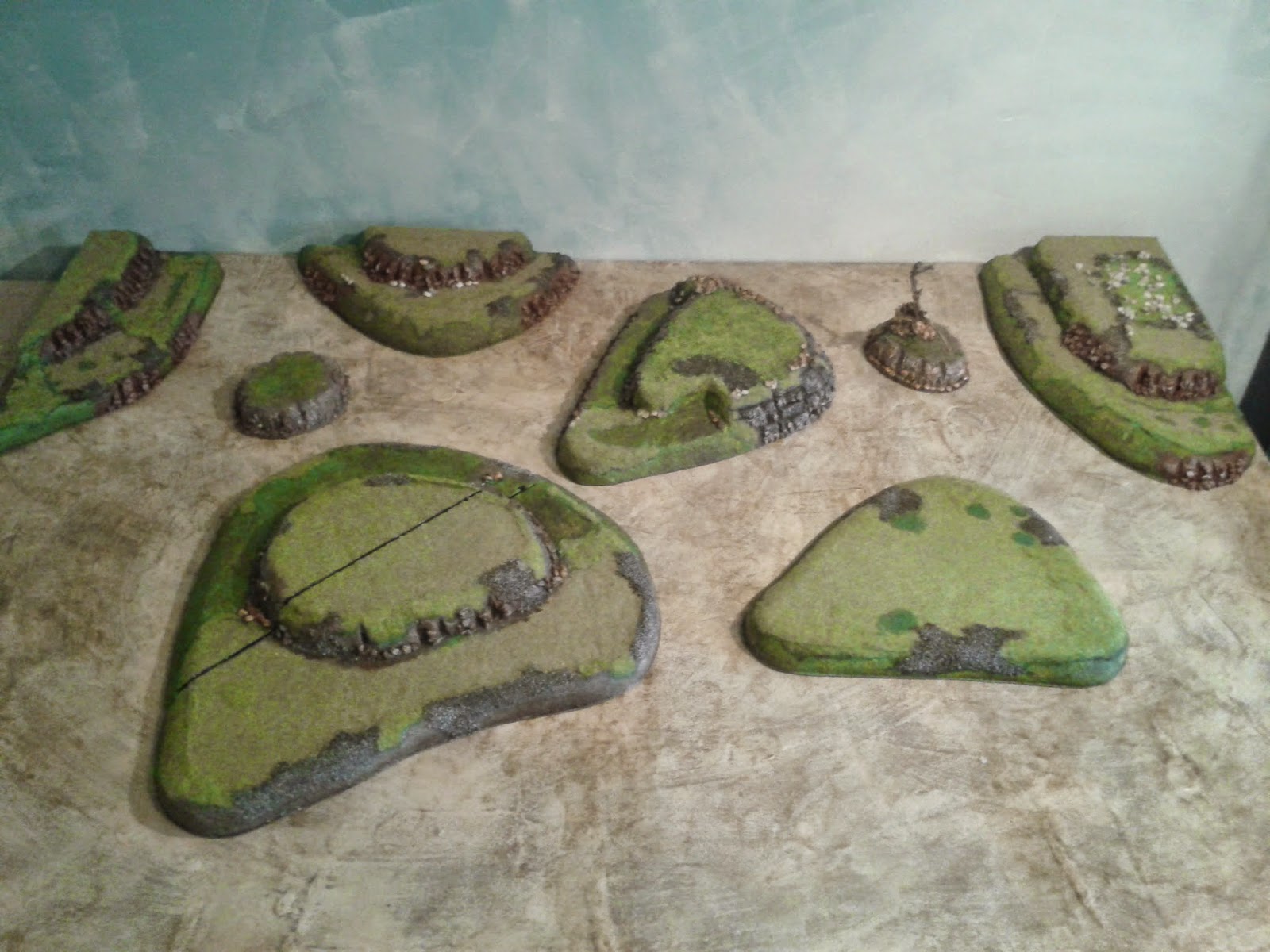 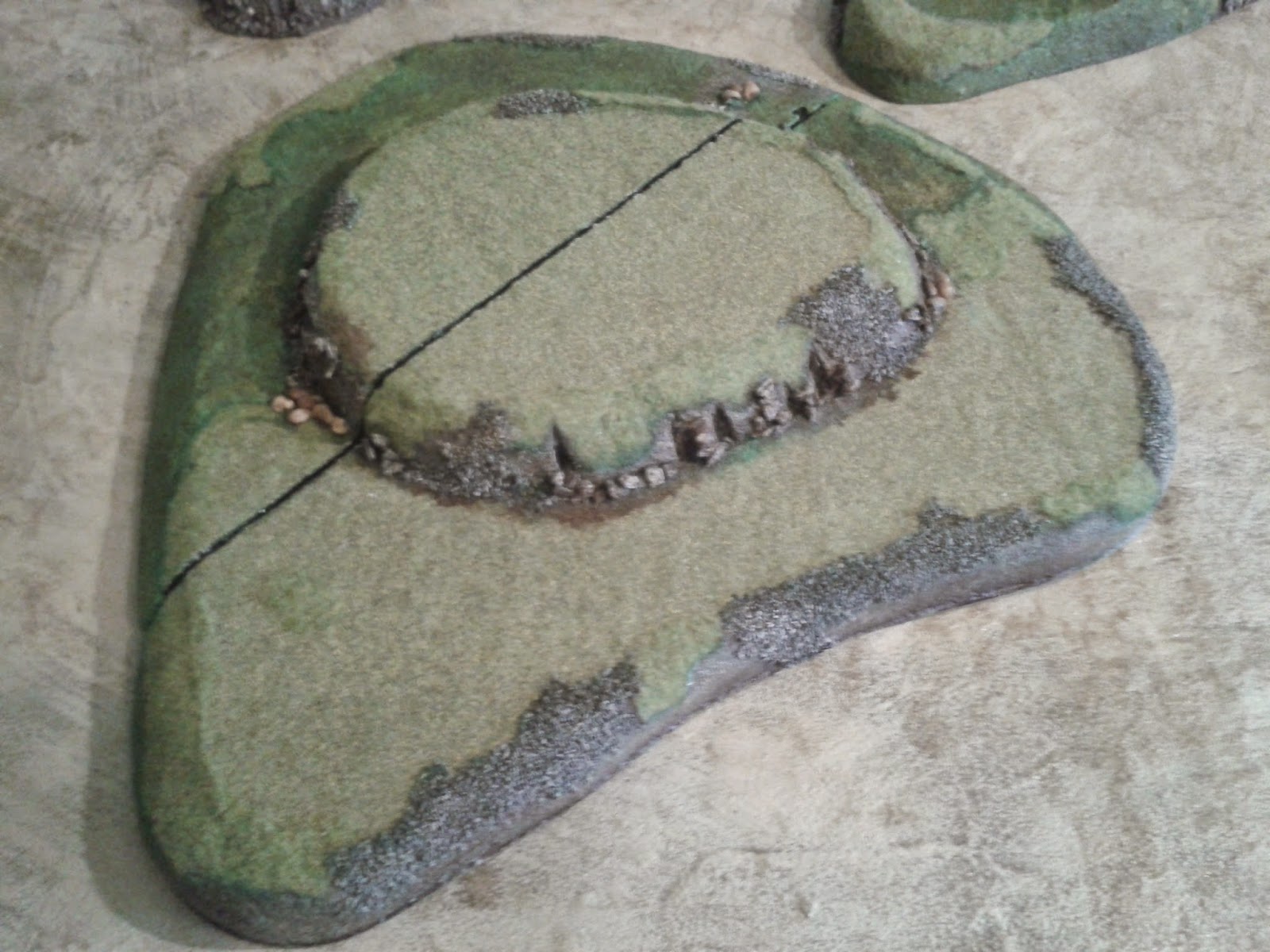 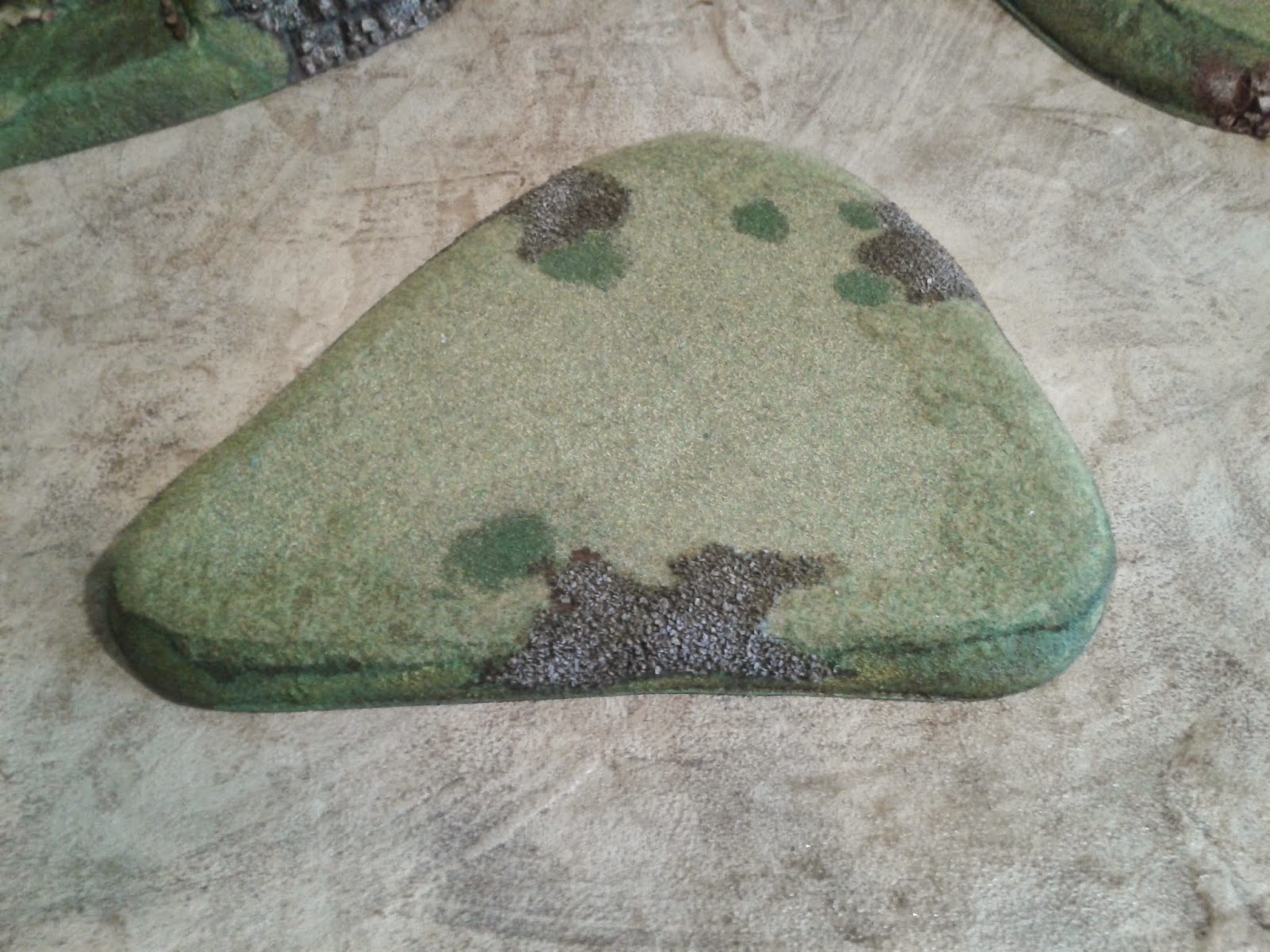 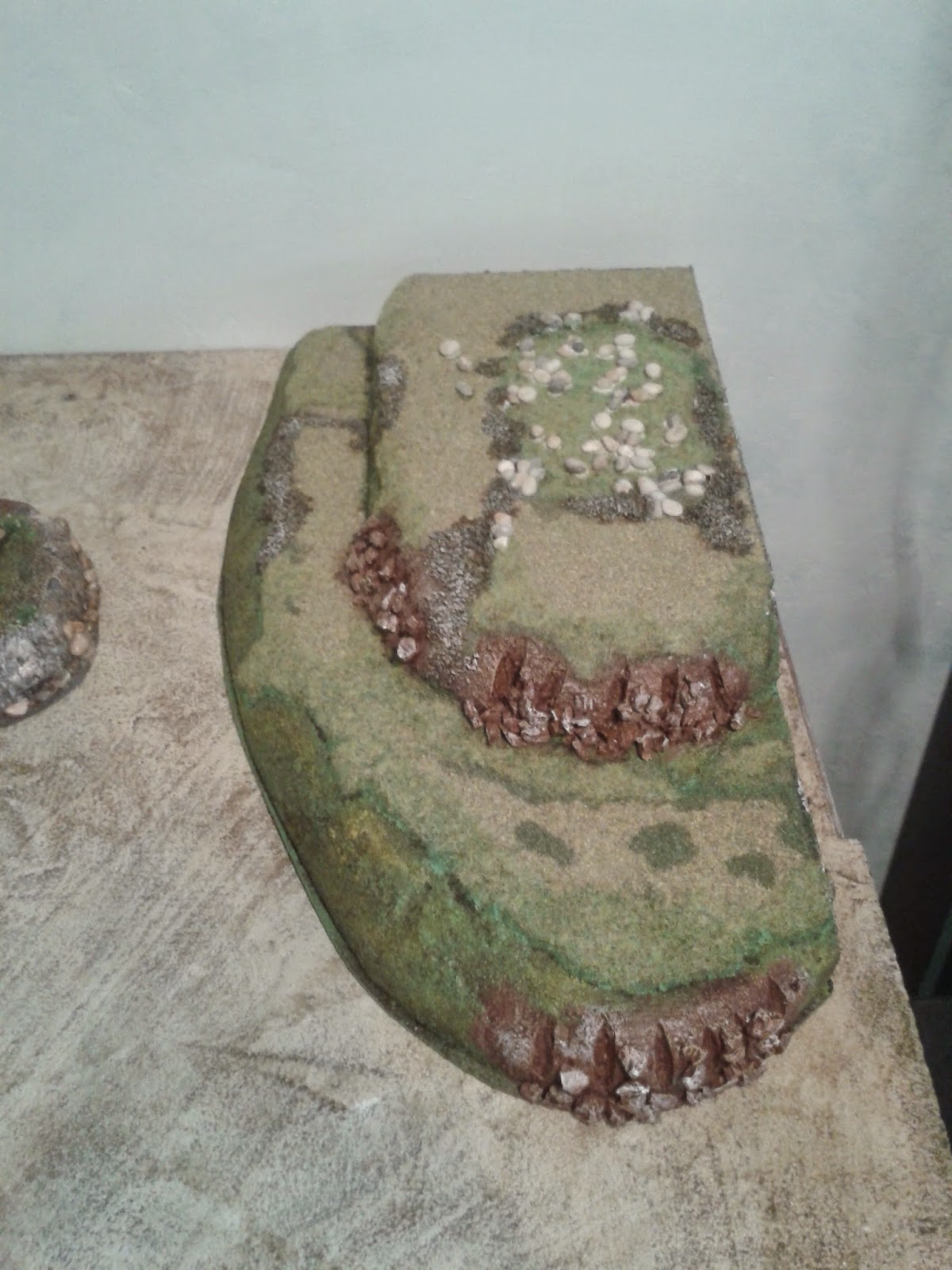 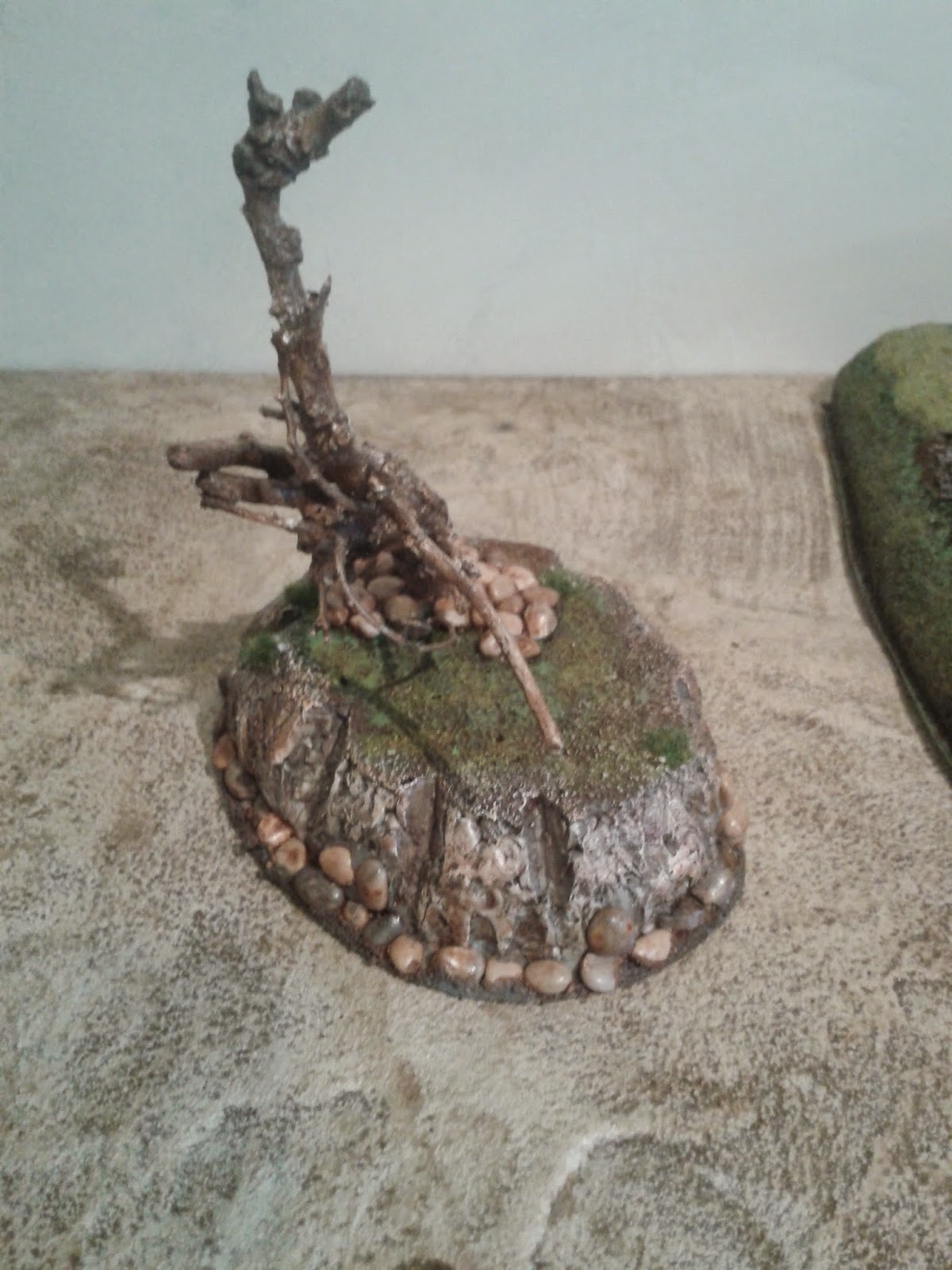 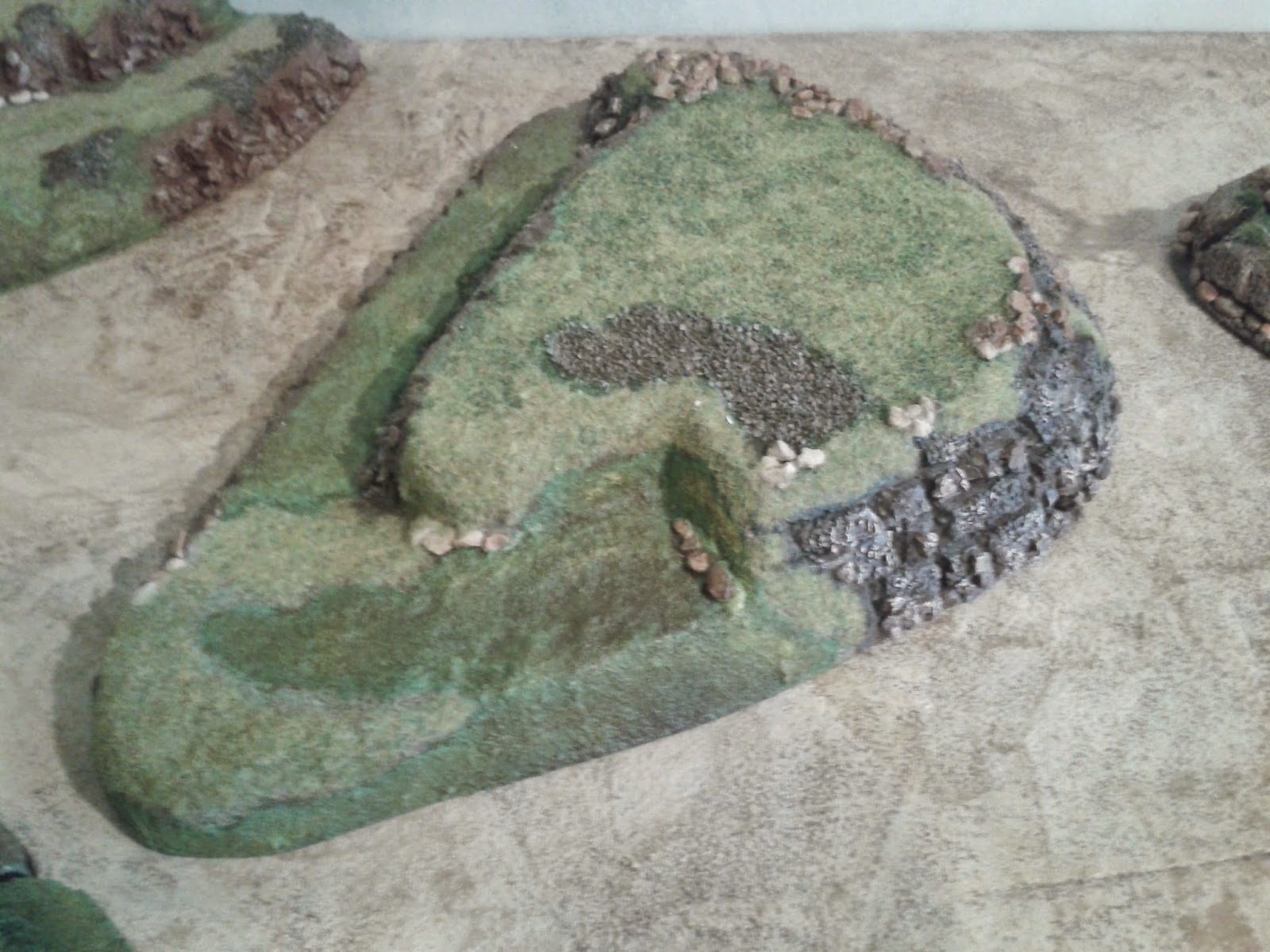 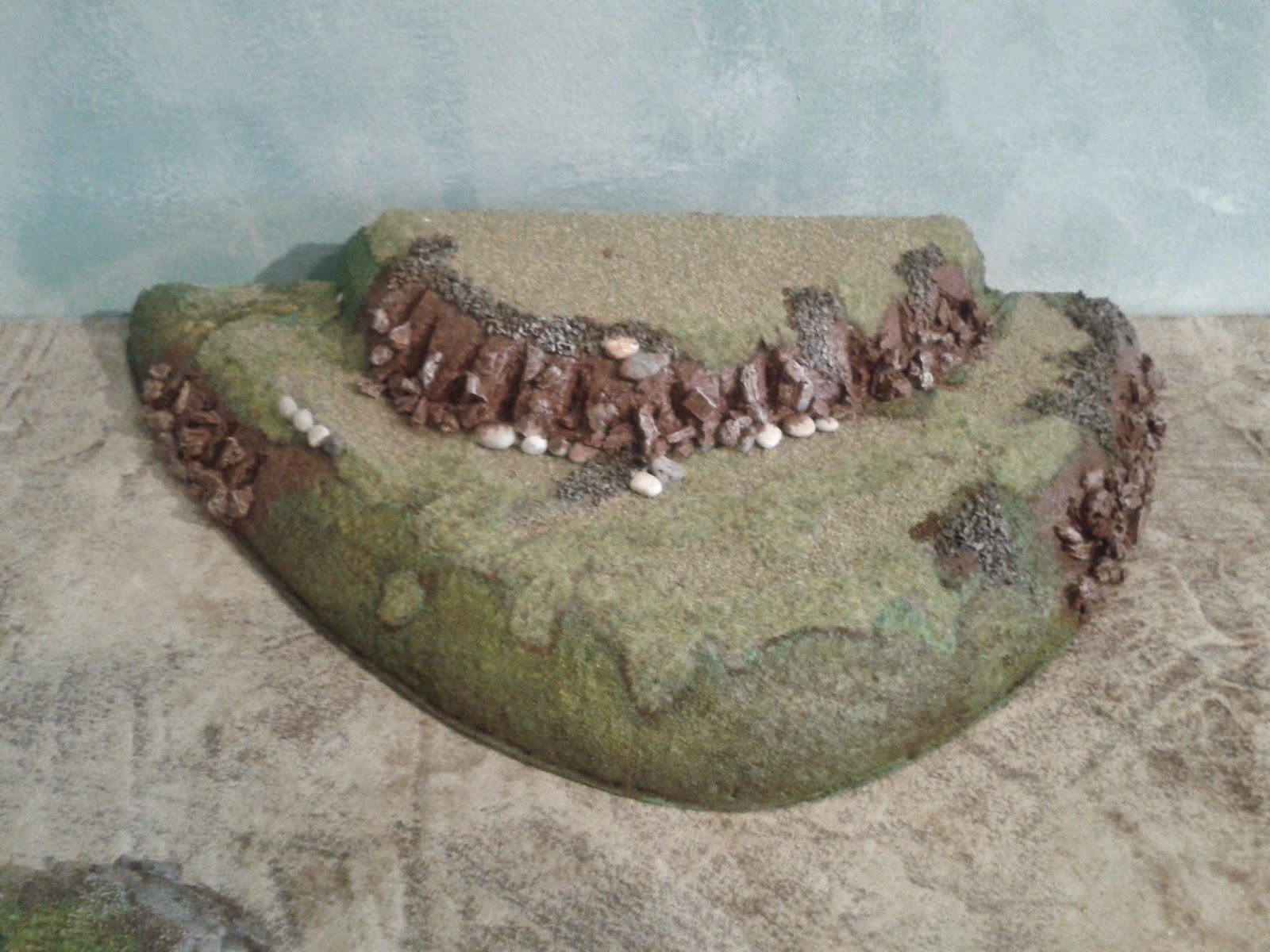 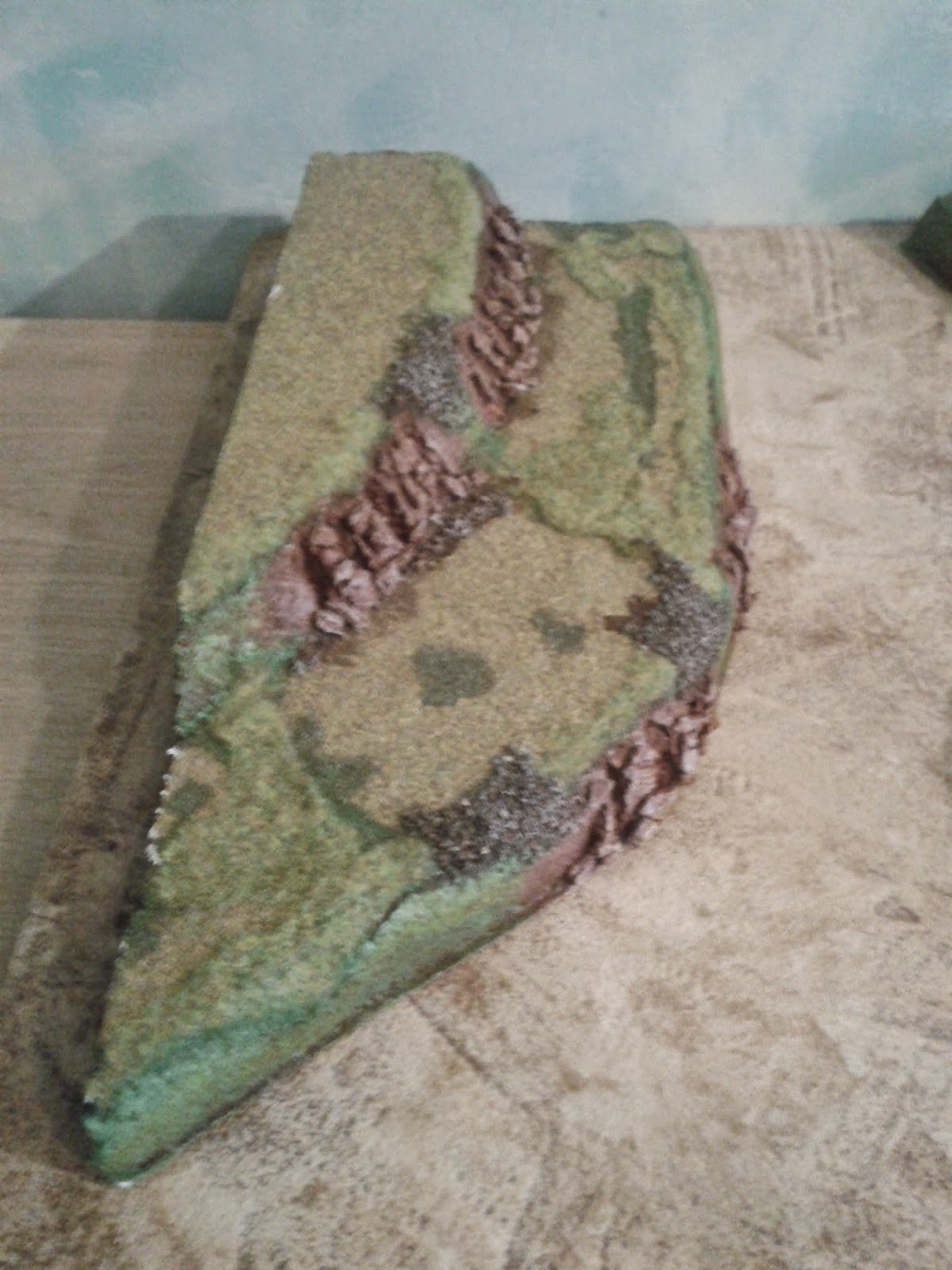 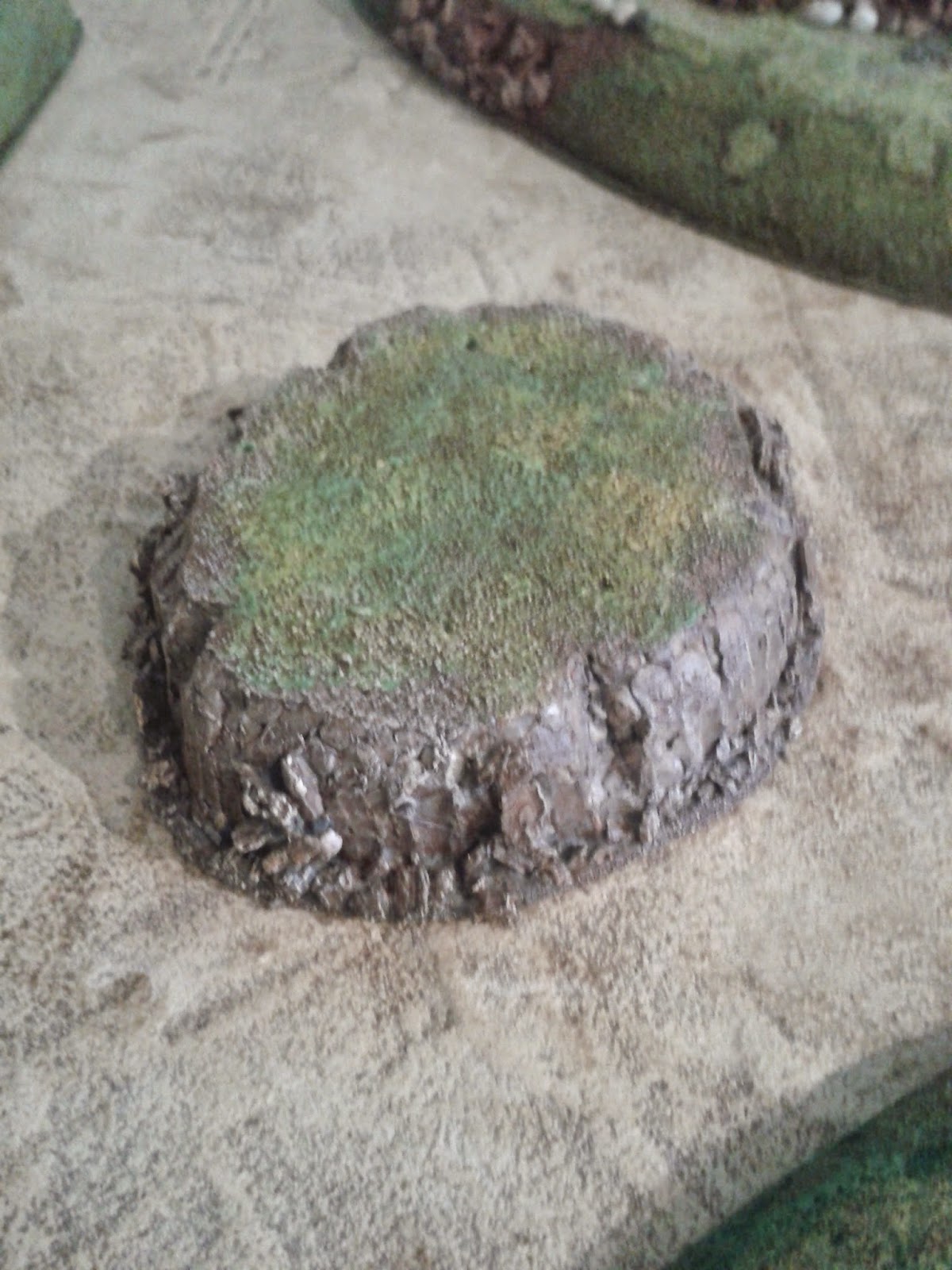 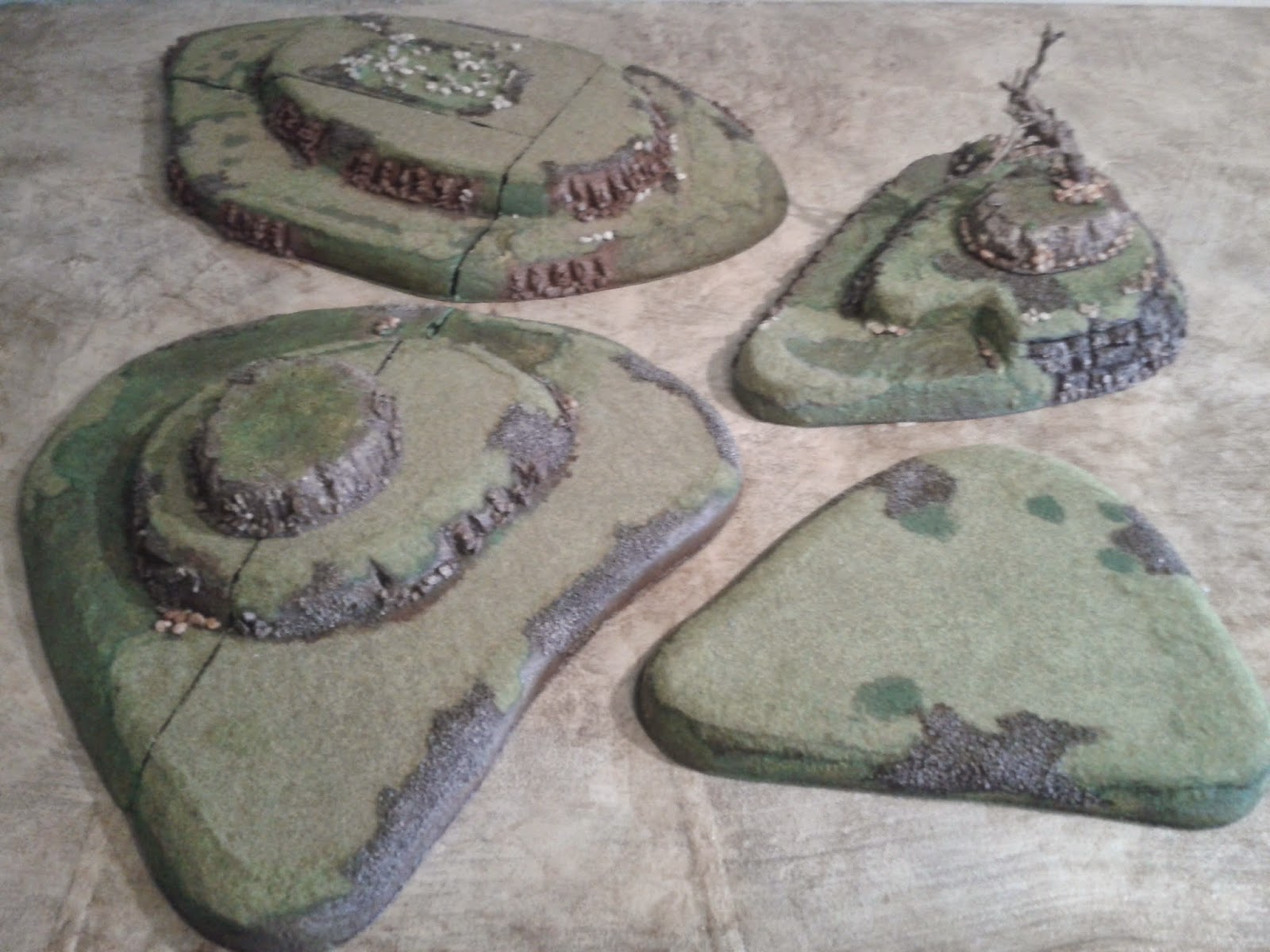 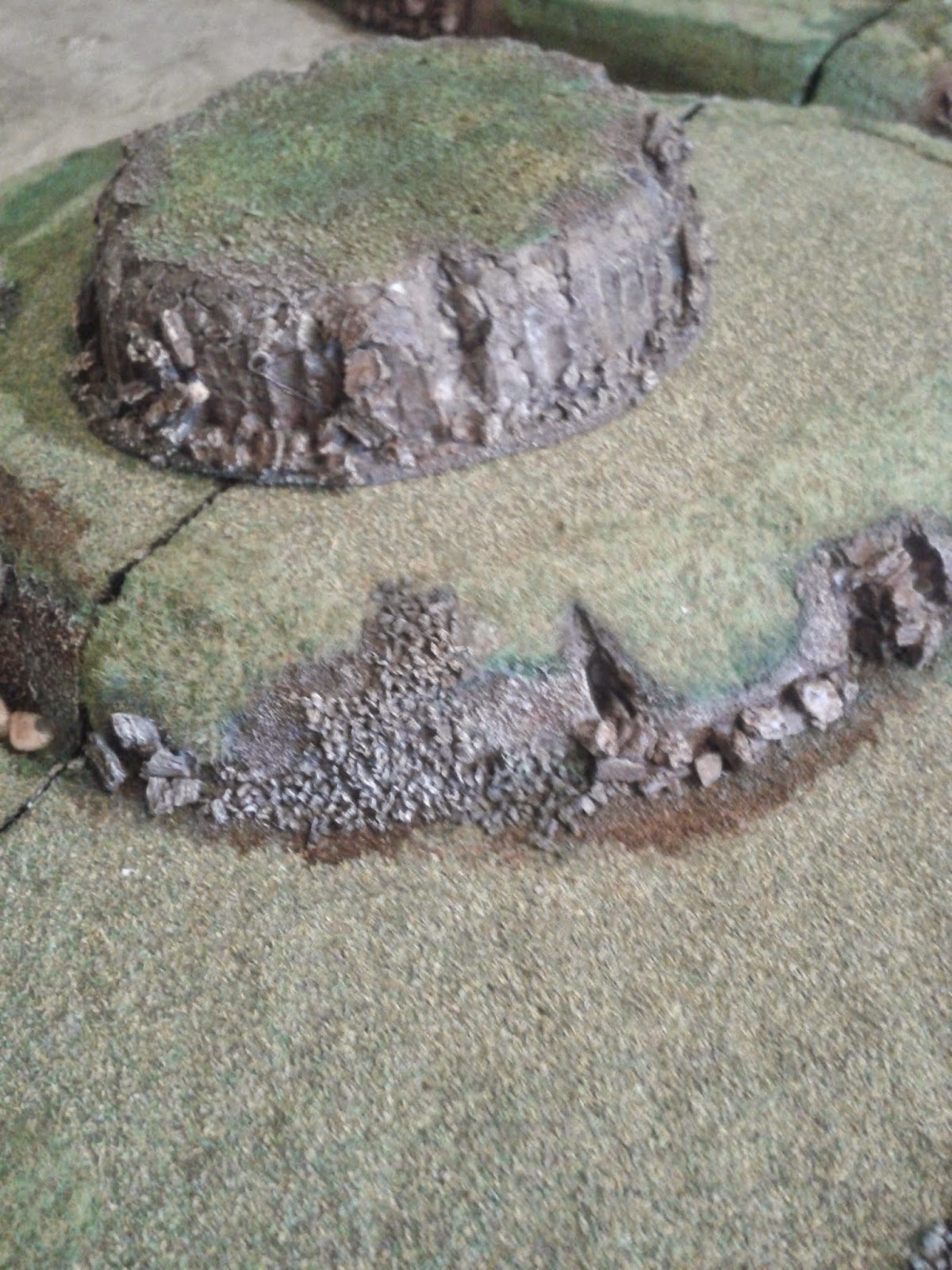 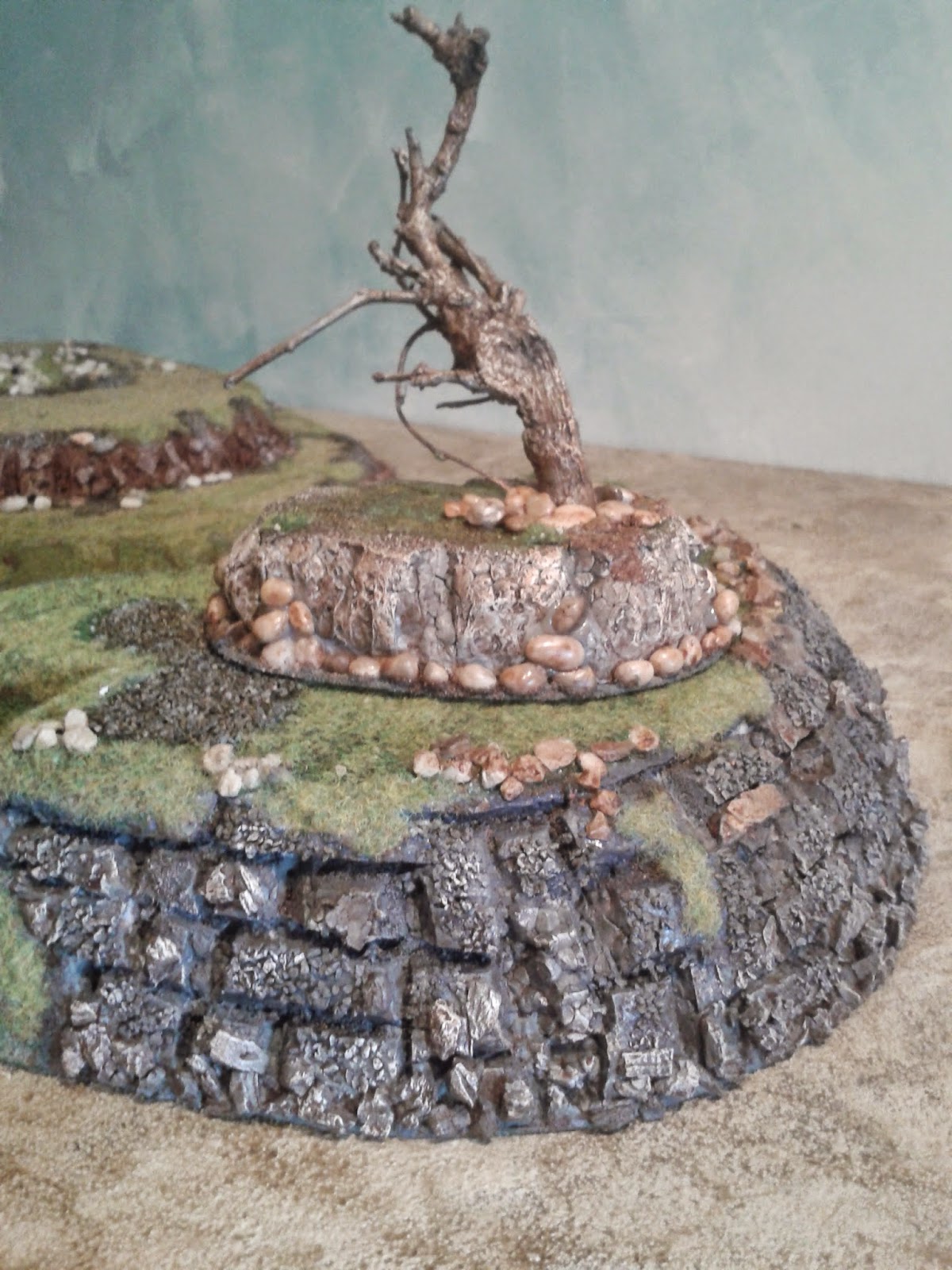 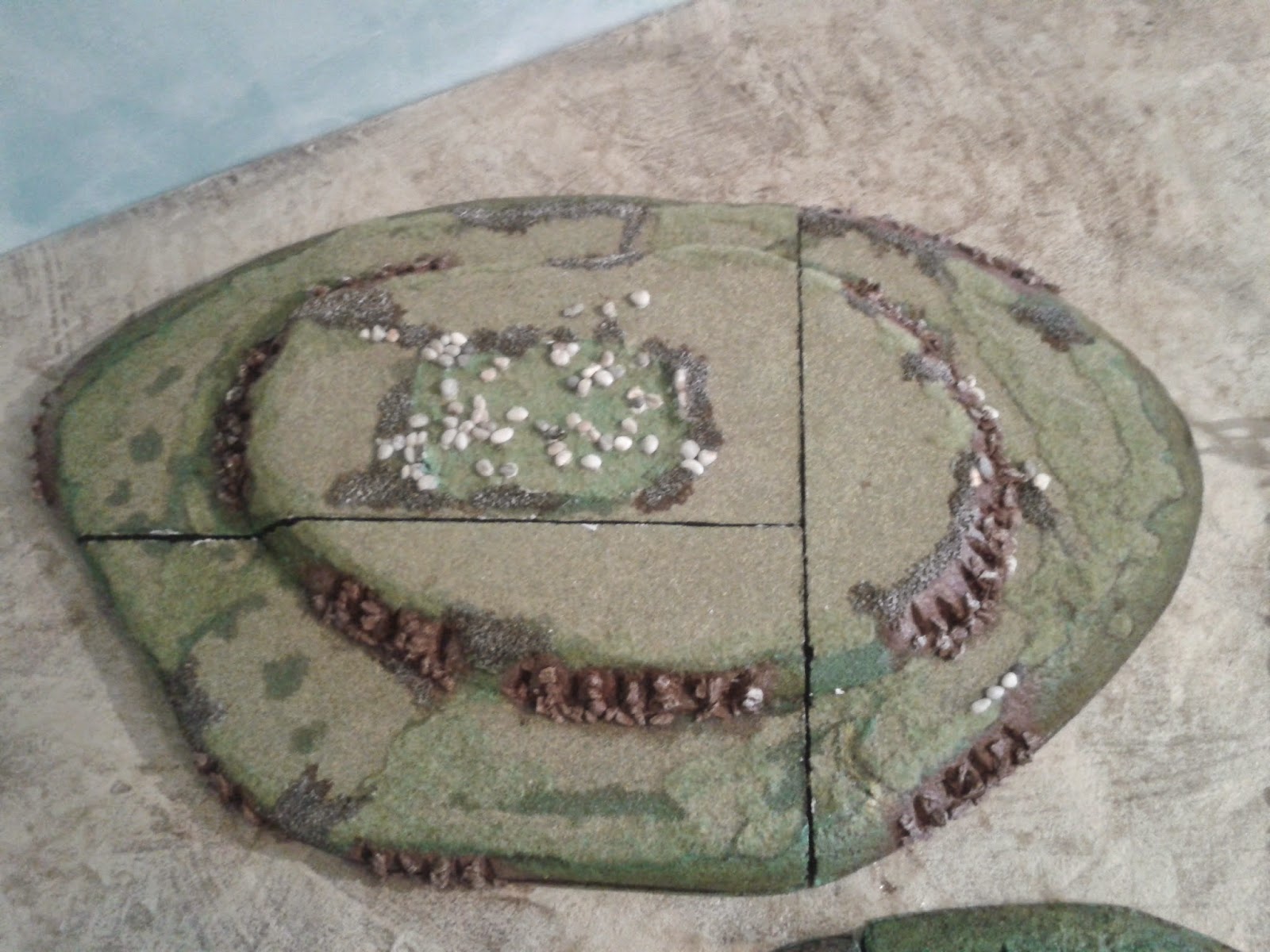 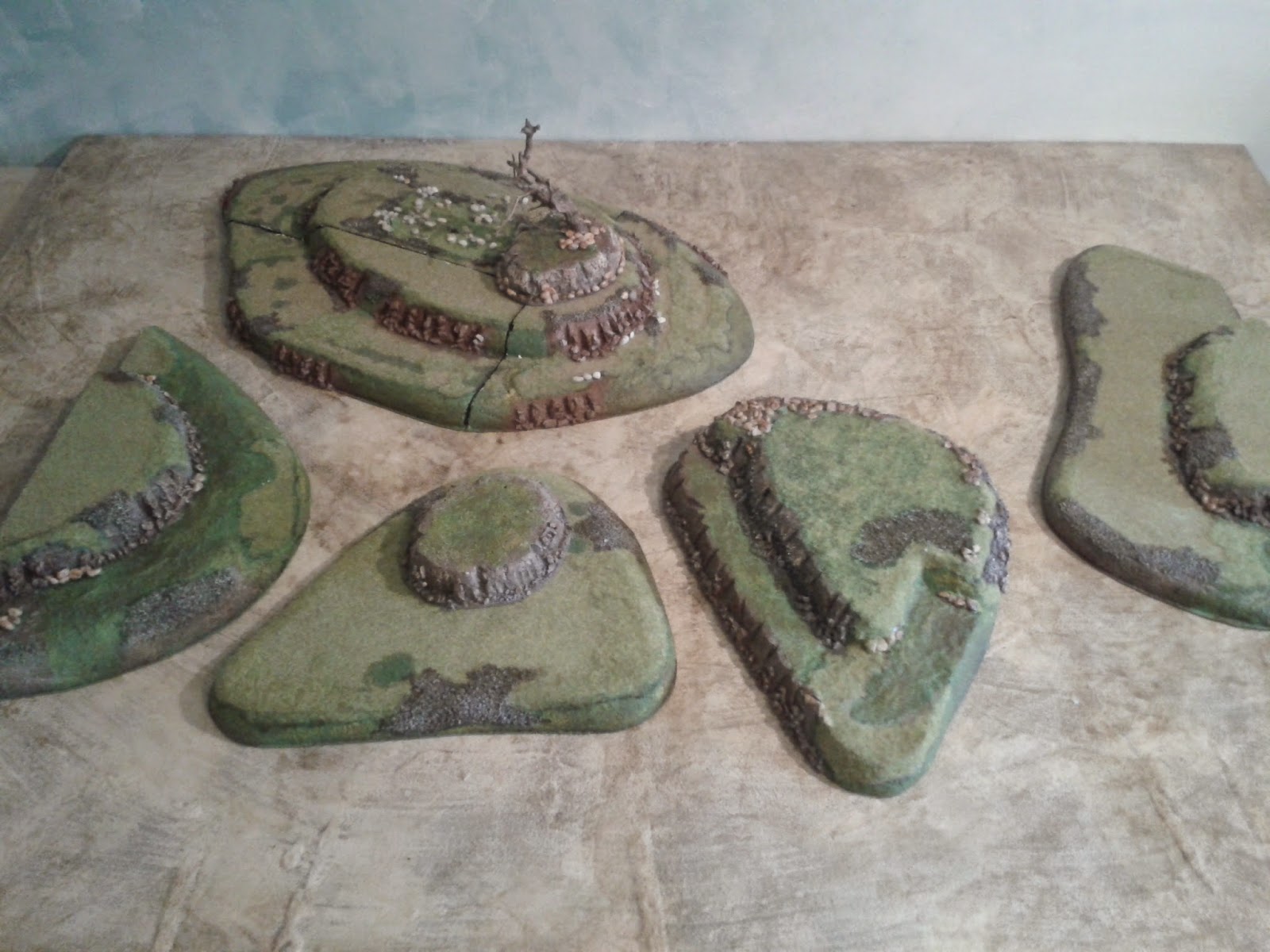 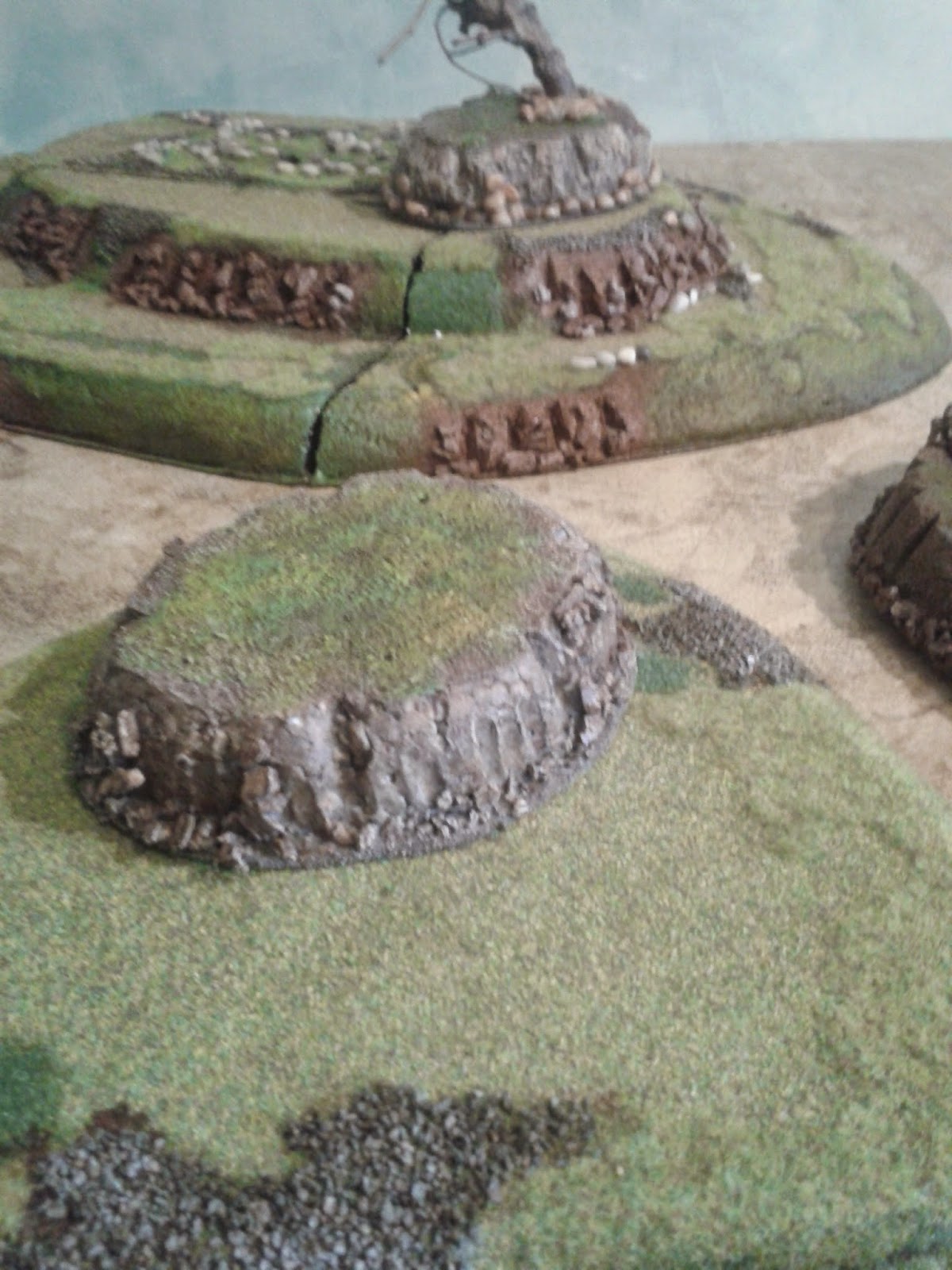 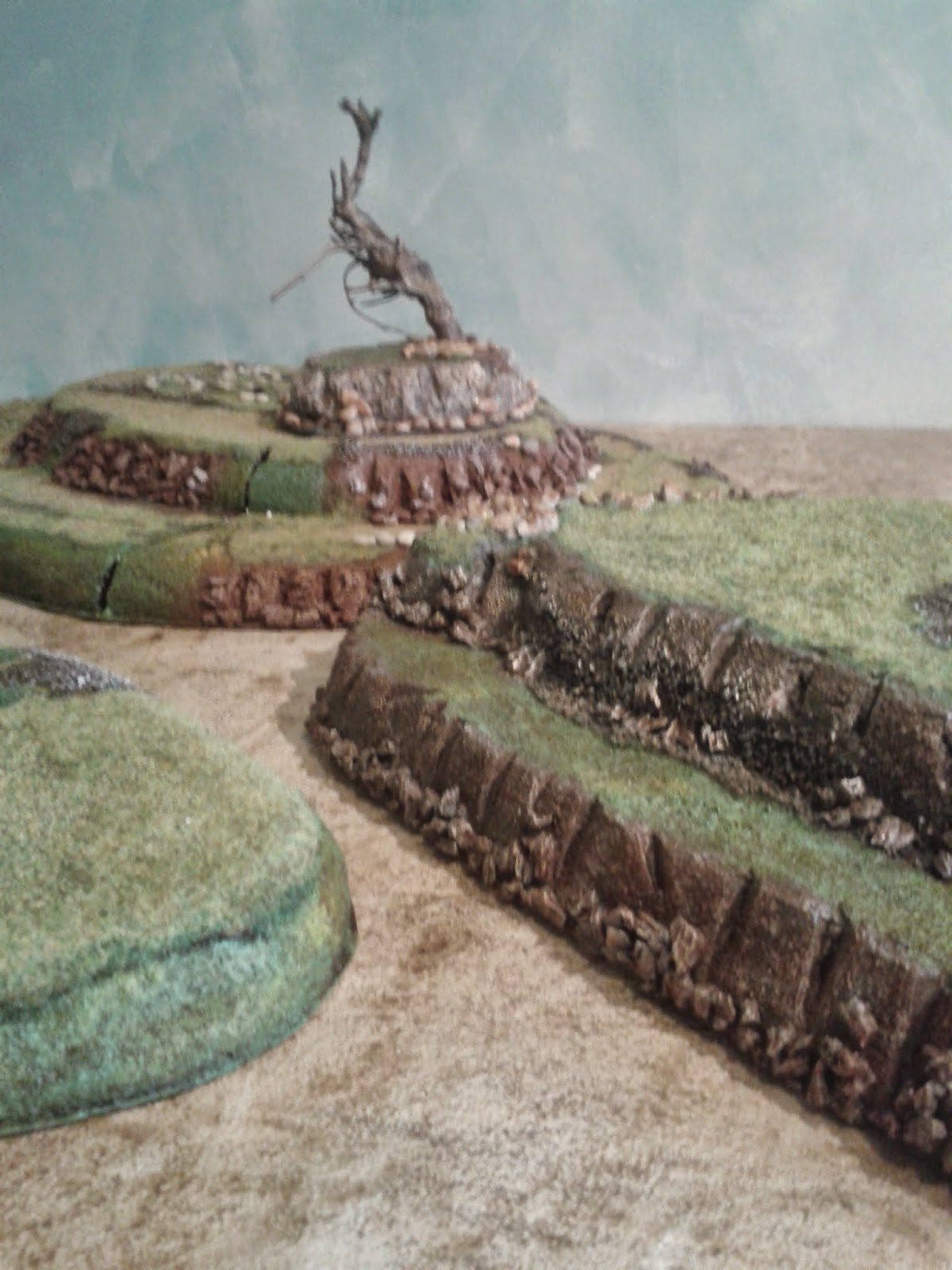 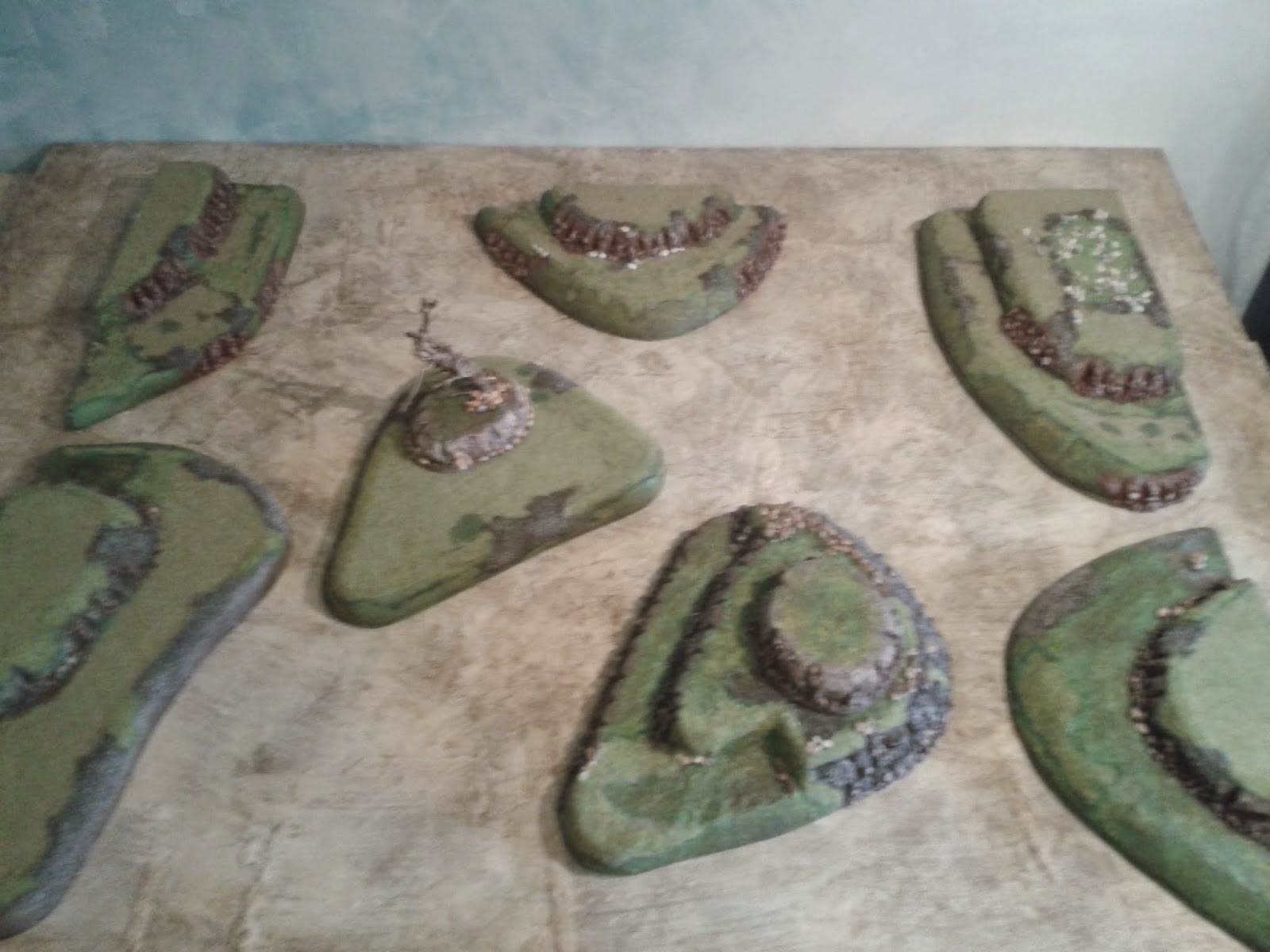 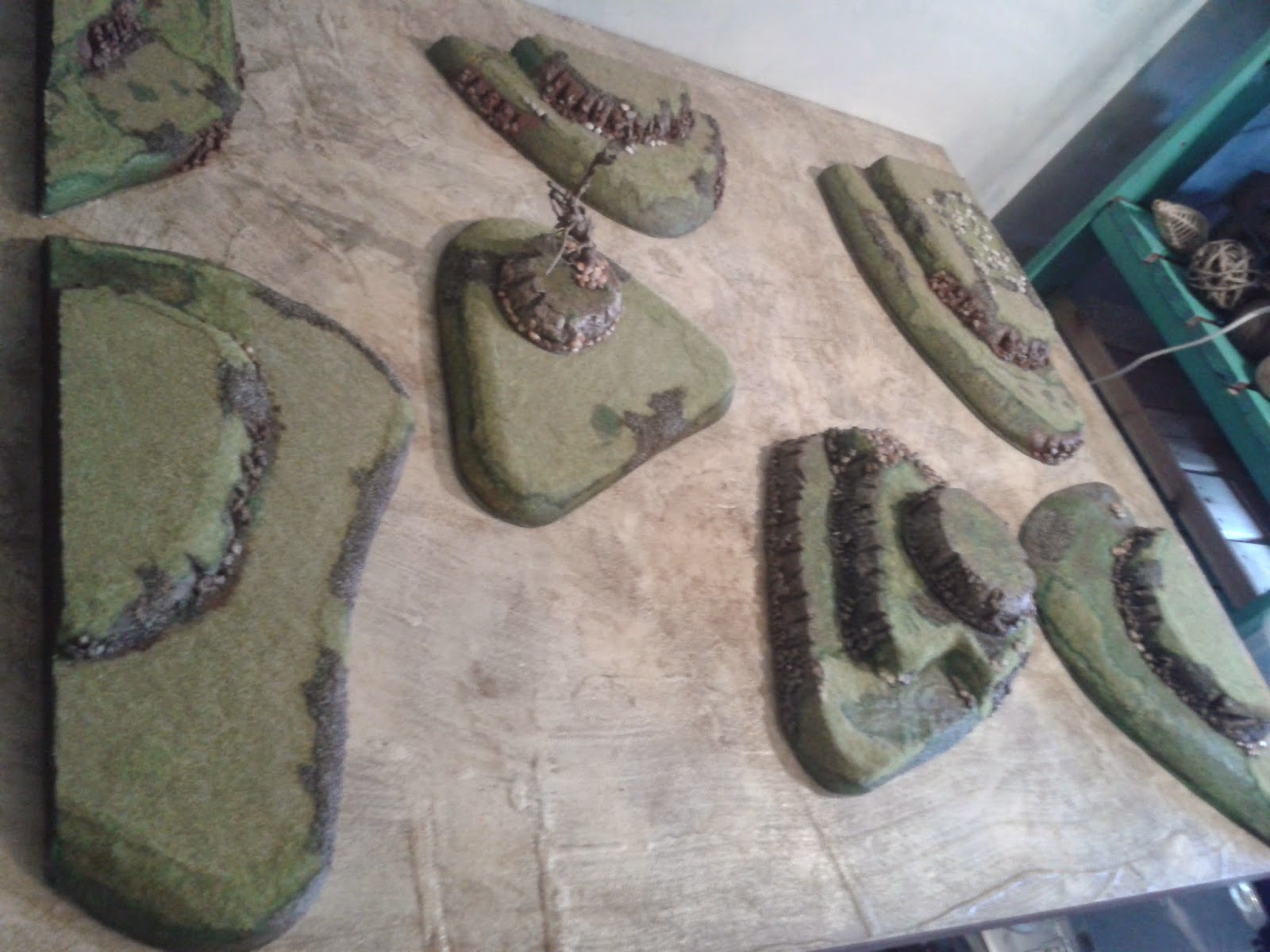 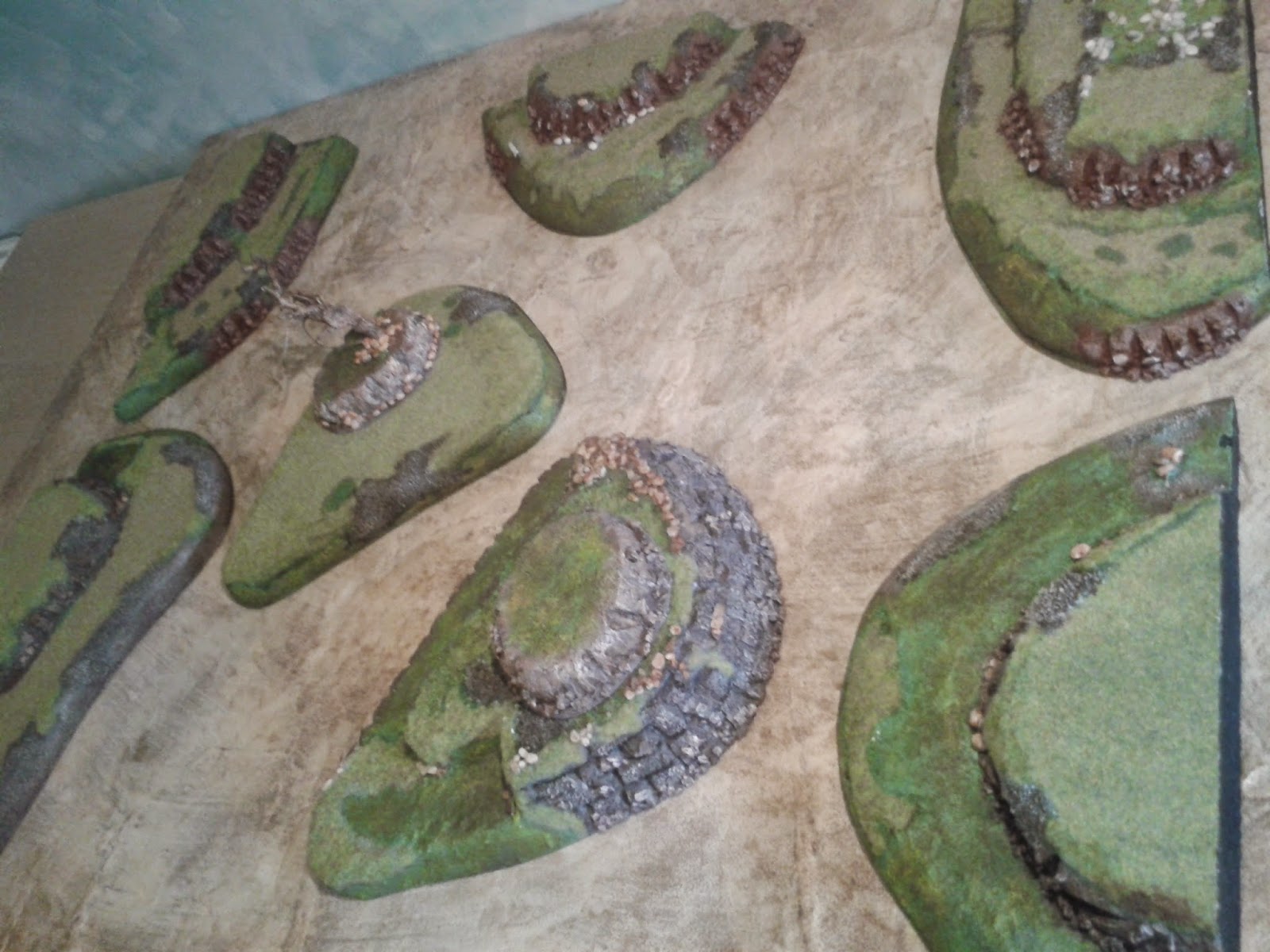 The last of these were only just finished today and I may make some smaller hills like the two featured here, but otherwise, the hills are done.
Posted by Darryl Hunt at 02:34

Email ThisBlogThis!Share to TwitterShare to FacebookShare to Pinterest
Labels: Terrain