I bought these models quite a while ago on ebay at a very reasonable price, but they have been sitting around in a box for the past 9 months waiting for me to get round to painting them.

I often buy models off ebay but sometimes find them difficult to start especially if they have been previously painted. These Swordmasters were part painted, so it has taken me a while to begin them.

I have a big battle coming up with one of my friends, Mick, so wanted to get them complete for then. I also want to make some new unit fillers and intend using the panther models from Mantic to create them. I thought 2 panthers to a 60mm square base- representing 9 miniatures.

I managed to get 30 panther riders from Mantic as a job lot for £30, which was a great deal. So far I have used 13 for different projects, more on them later. 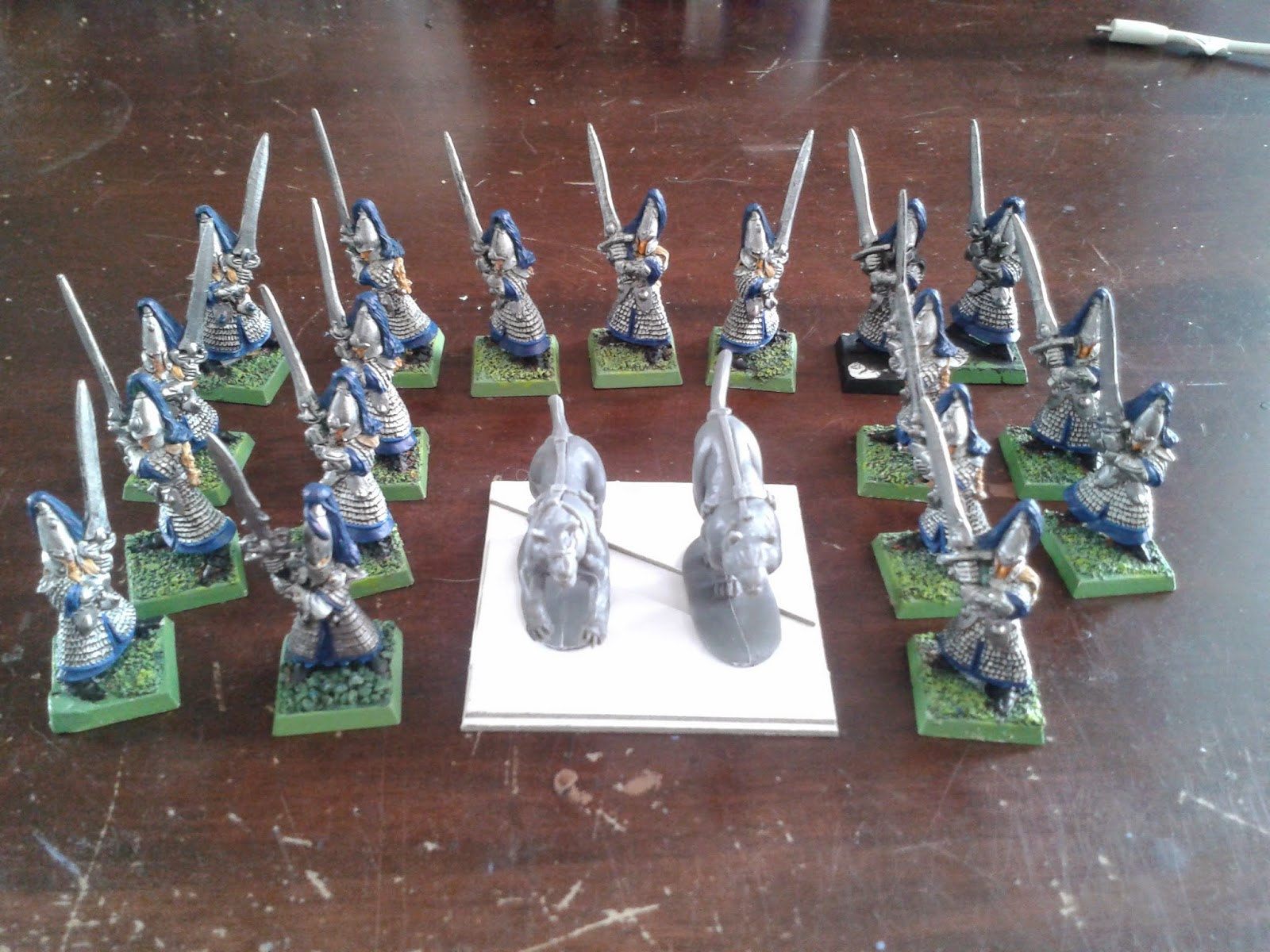 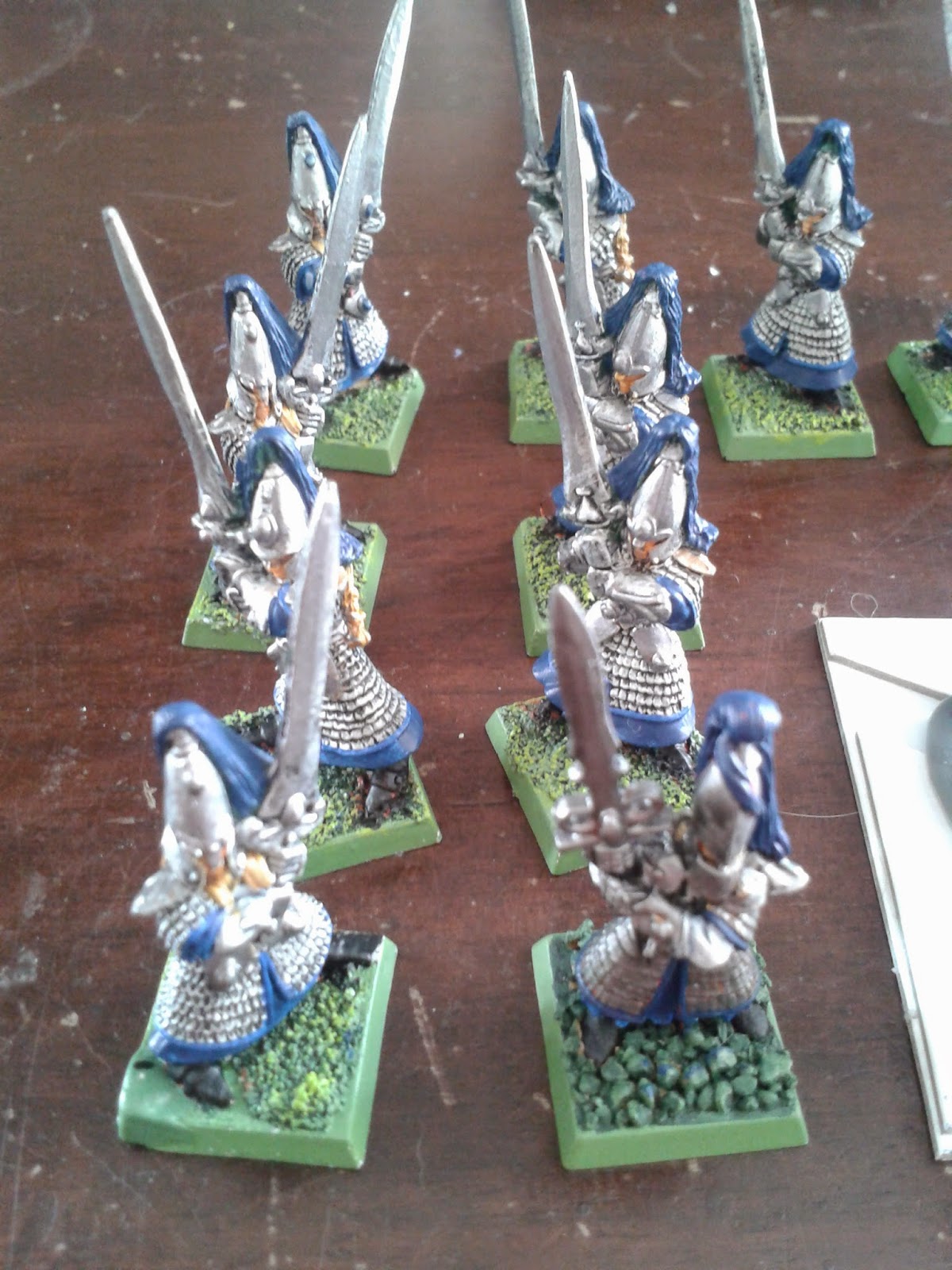 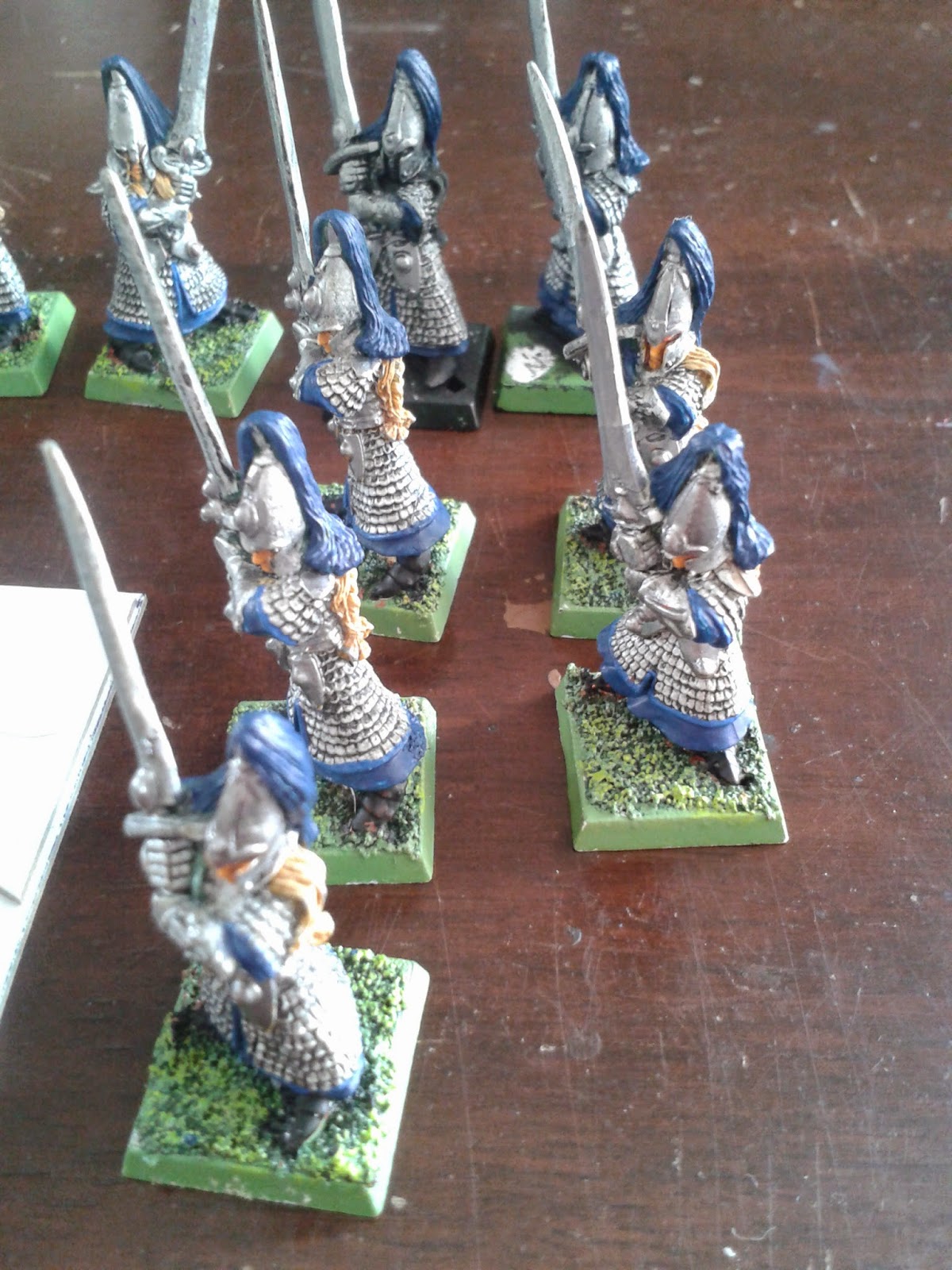 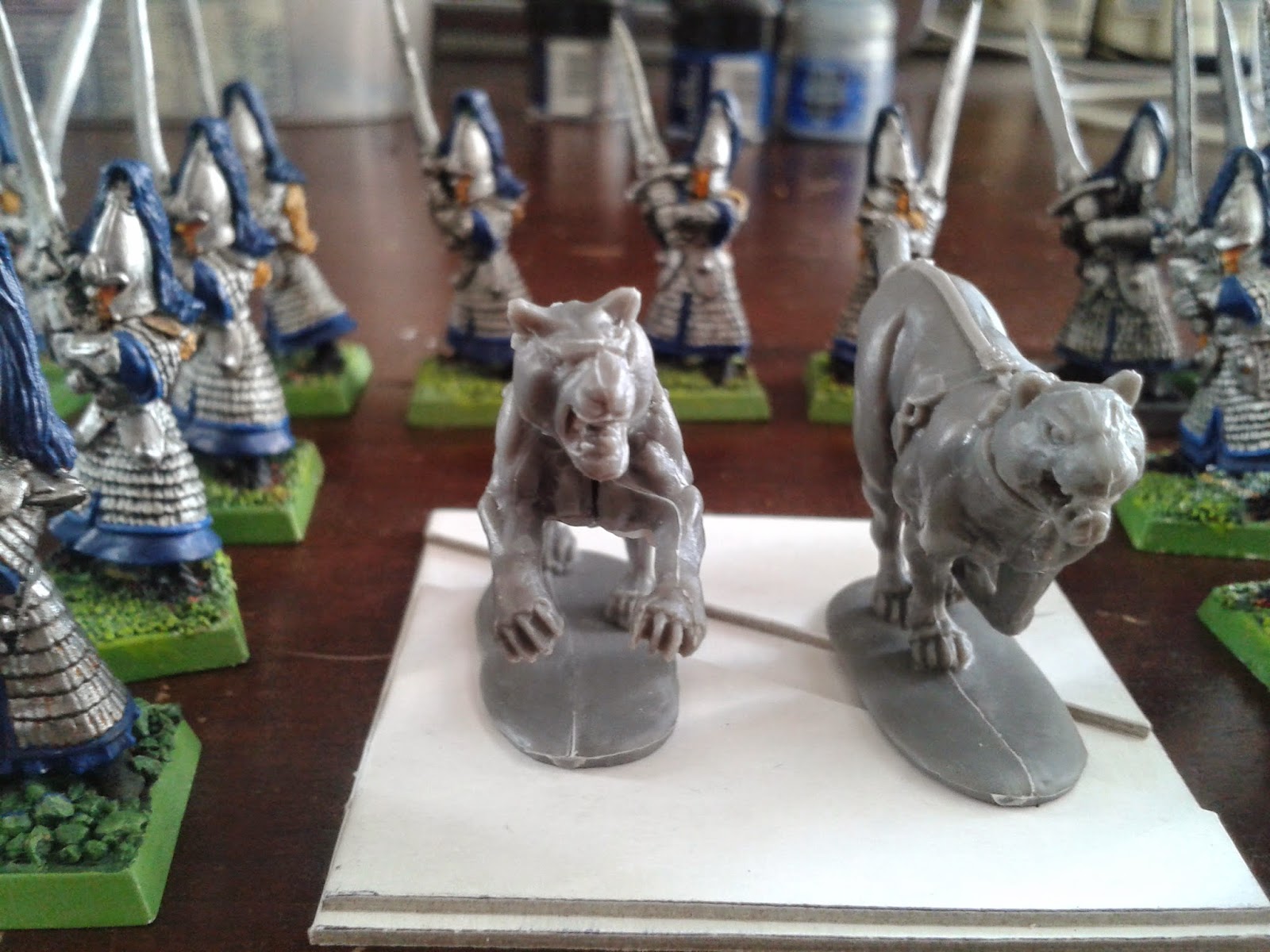