I completed the last two Lion Chariots on Sunday, took a lot longer than I expected. I had built these quite a while ago and had painted them very roughly so that I could use them in games, but had never finished them. I had not even done the elf flesh on them, nor any other details.

I had some chariot parts left over from kit I had bought a while back. Then I decided I would try to make the 4 lions needed to create the chariots. At the time I really fancied a white lion themed army, but never really managed to get it off the ground. 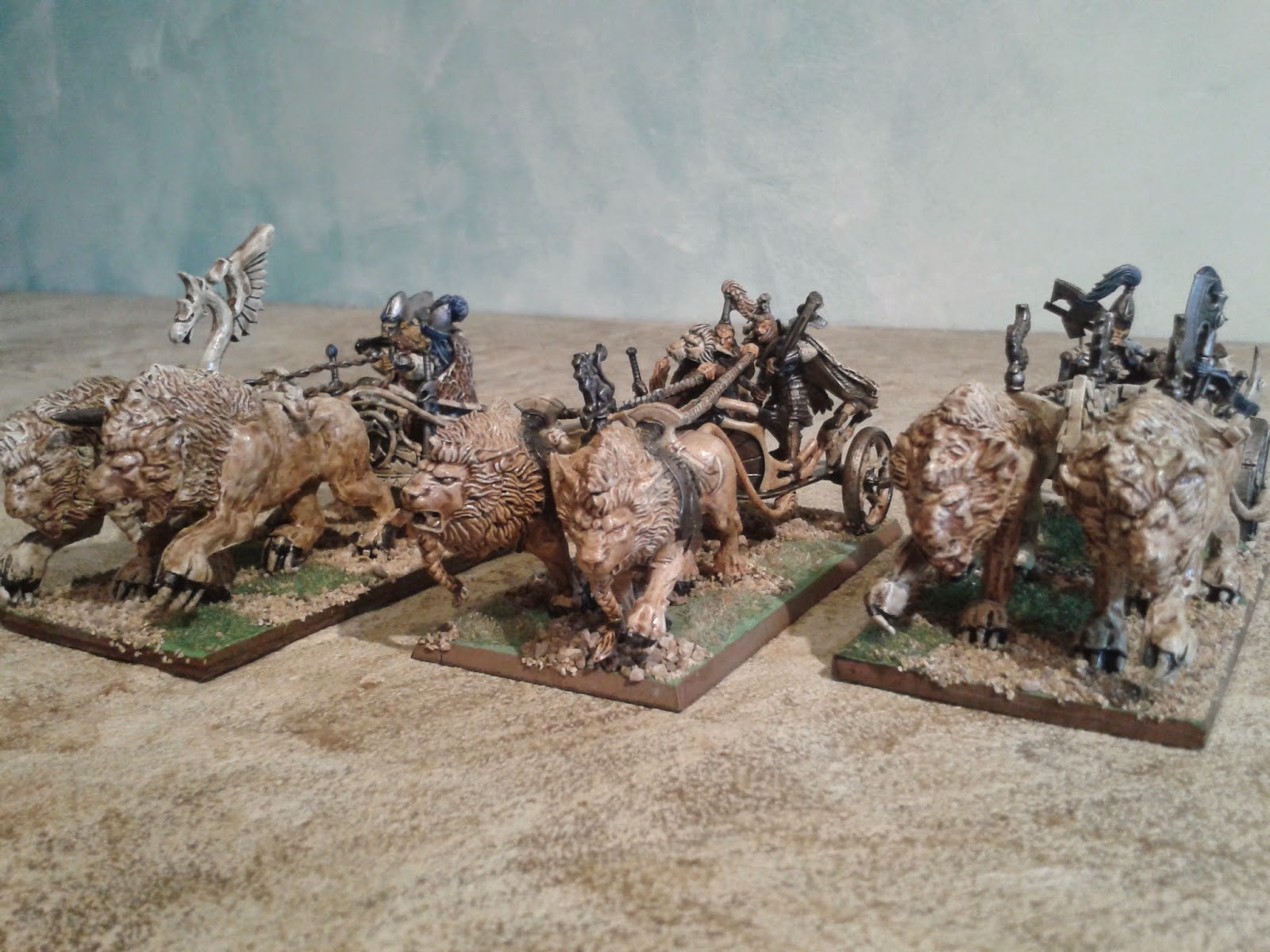 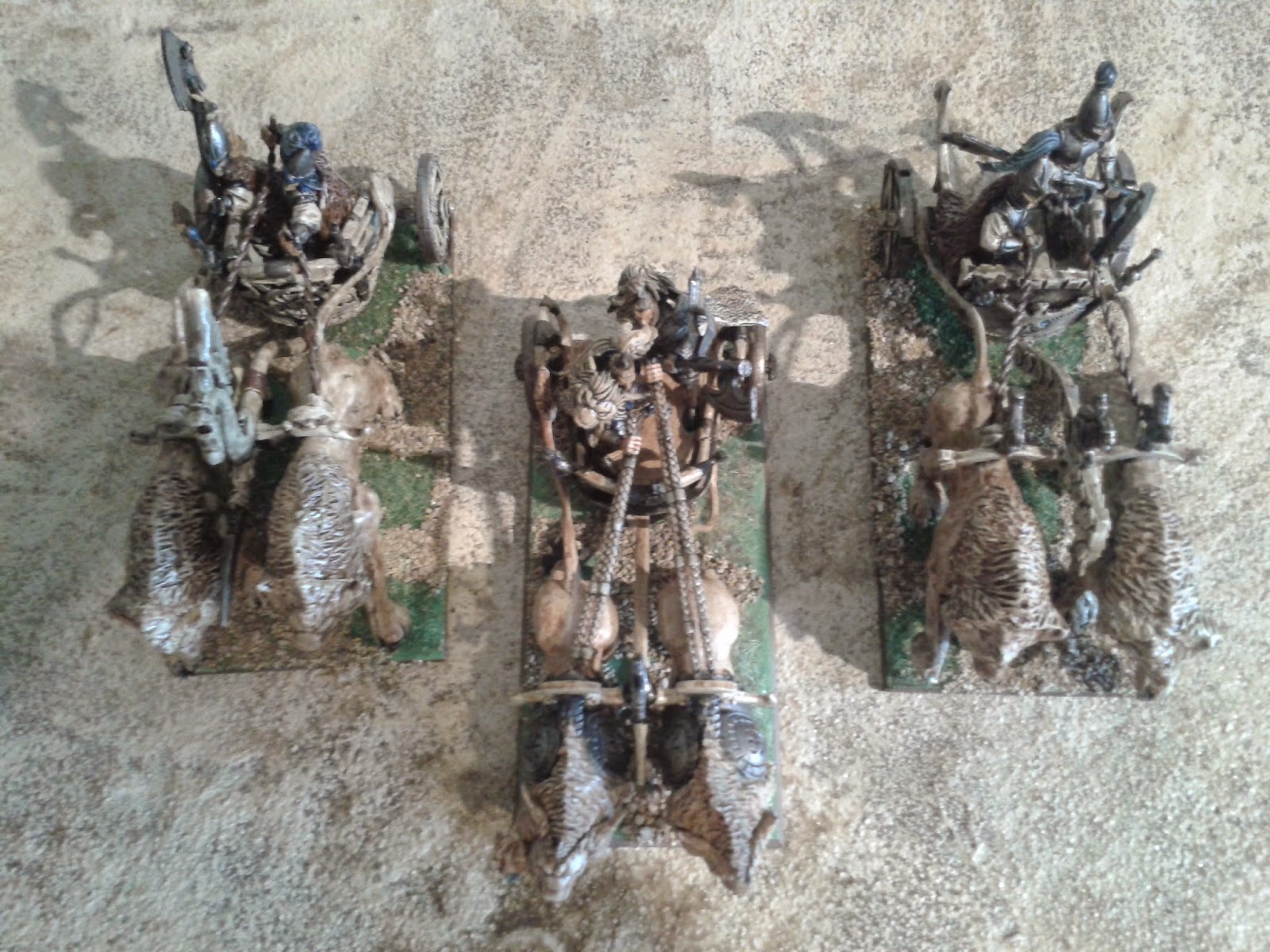 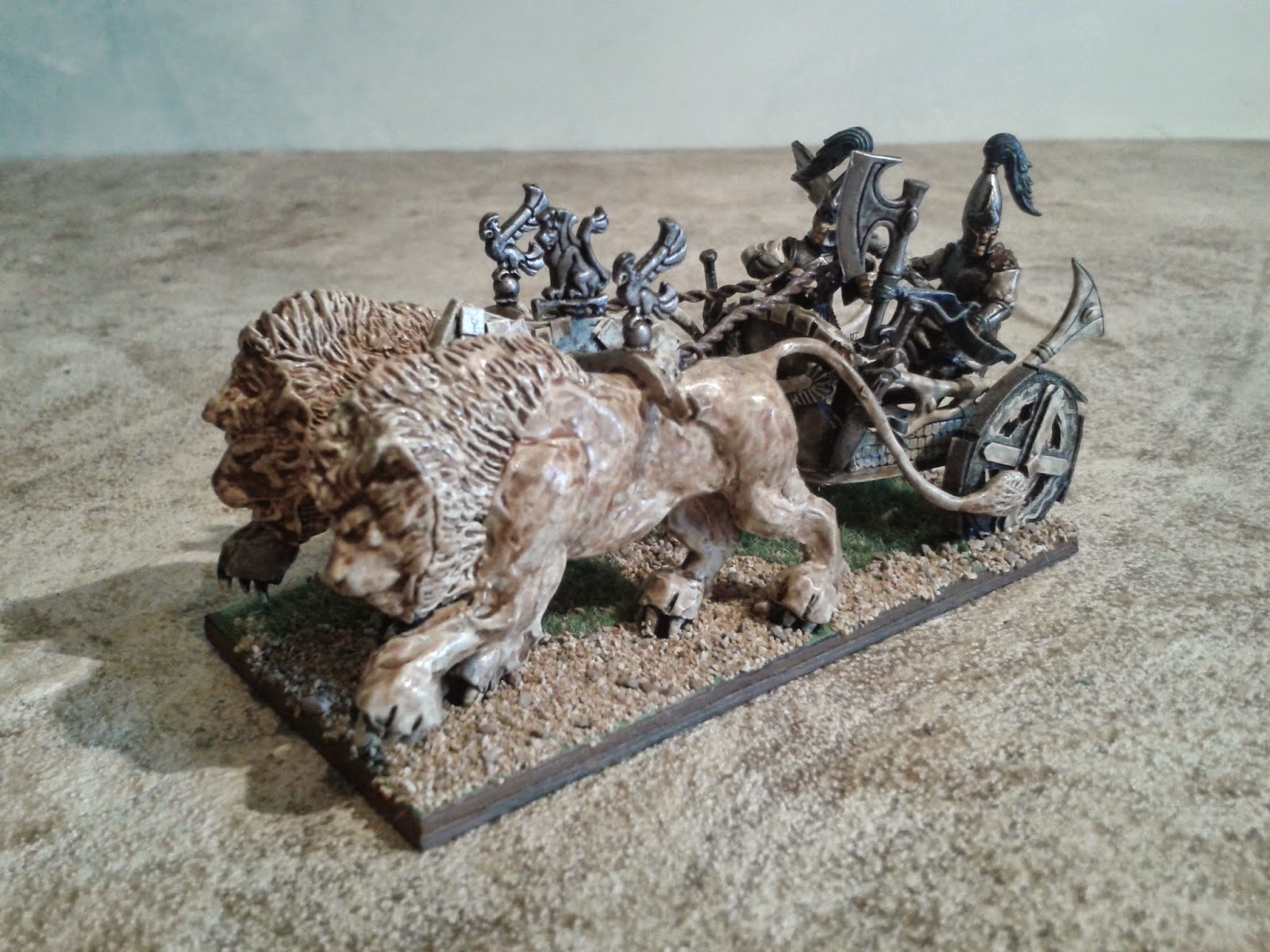 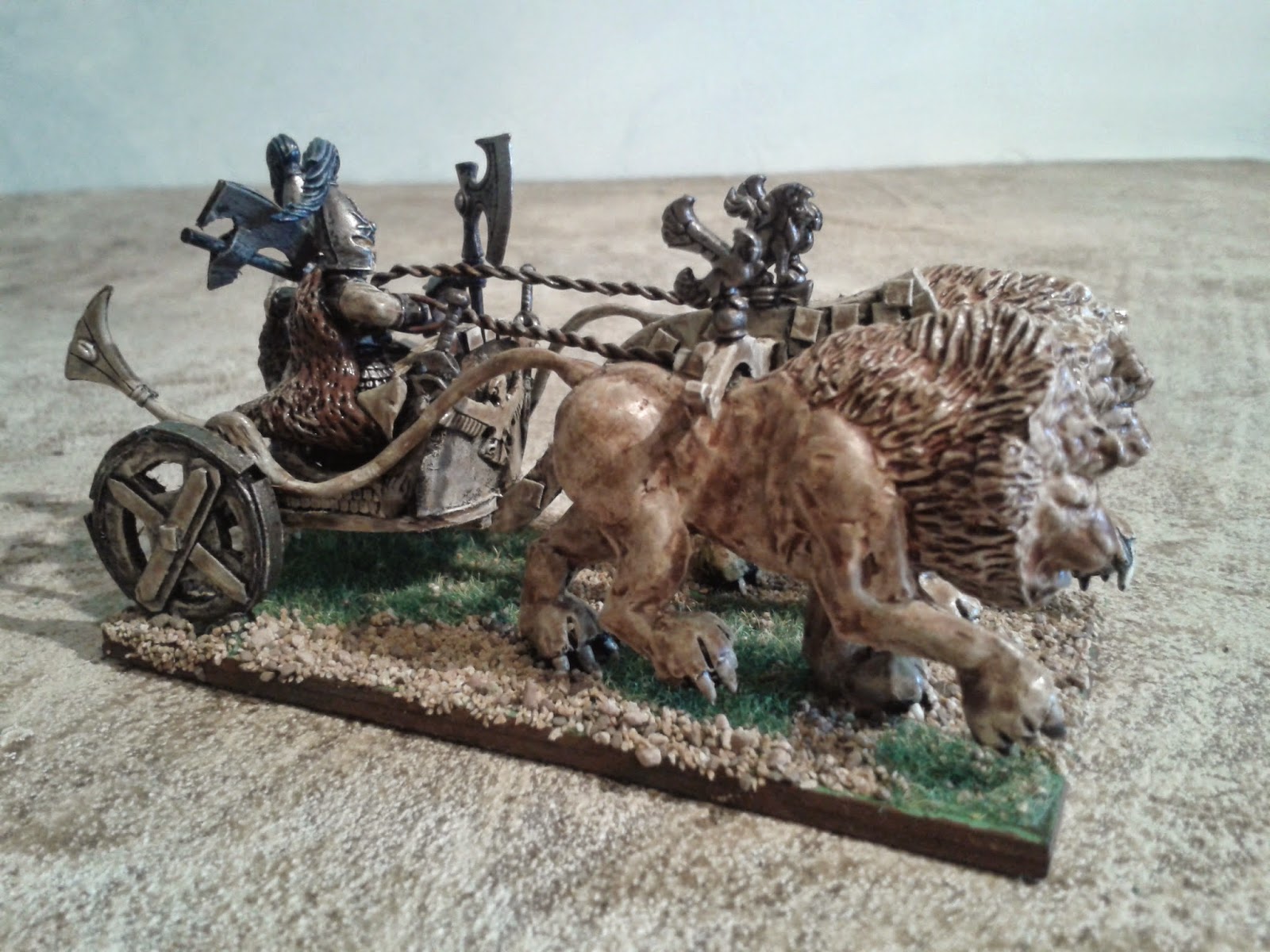 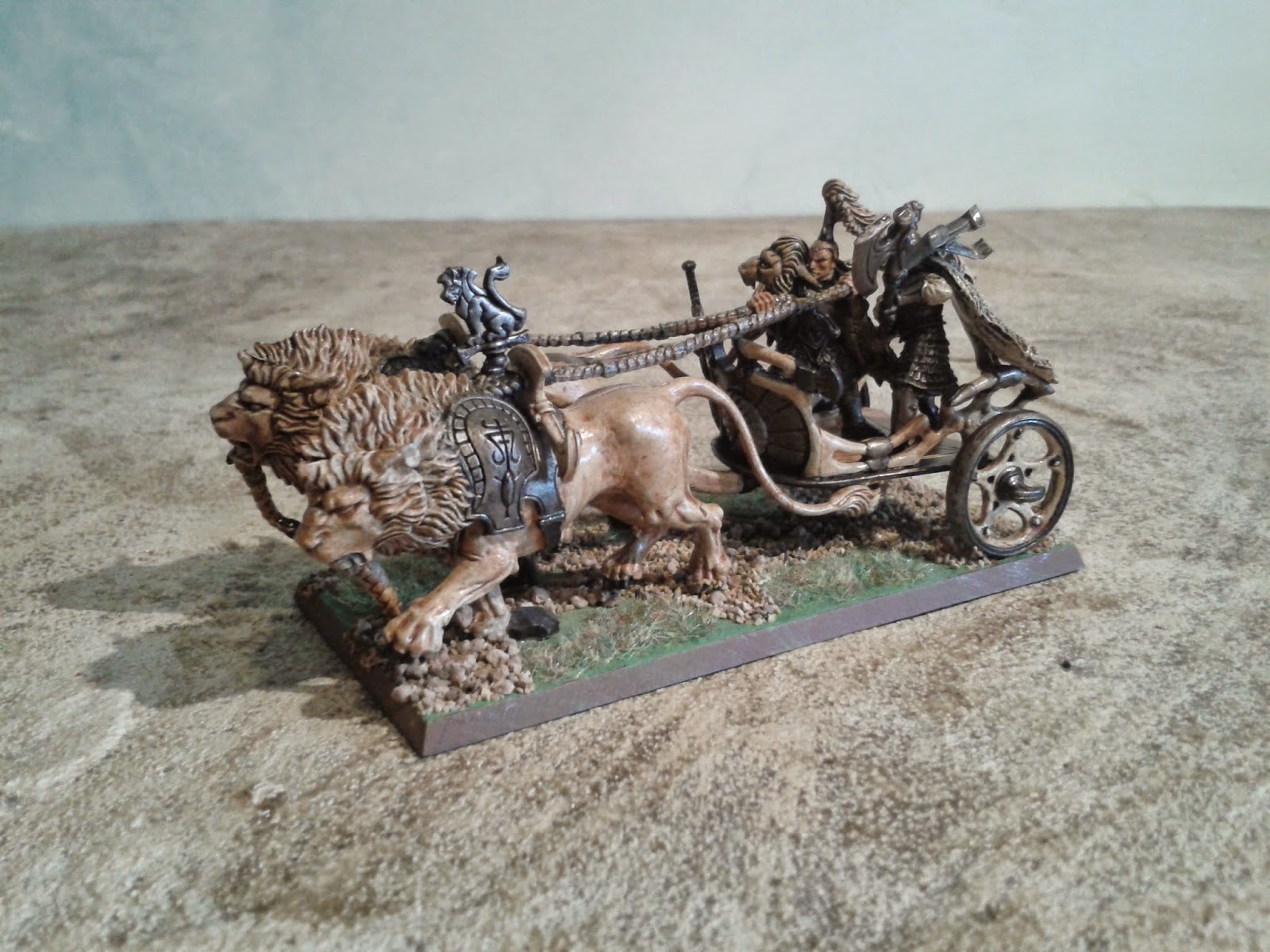 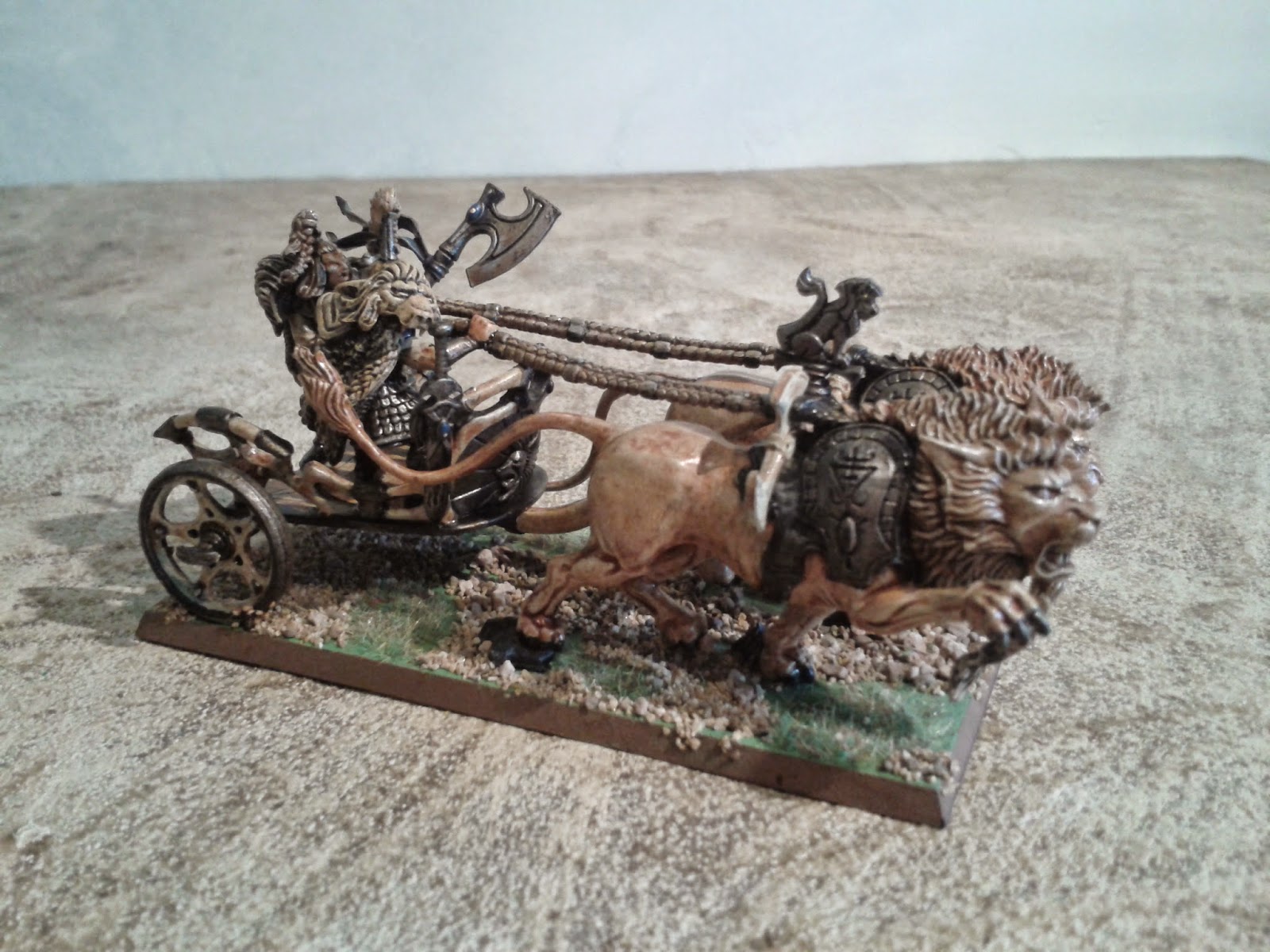 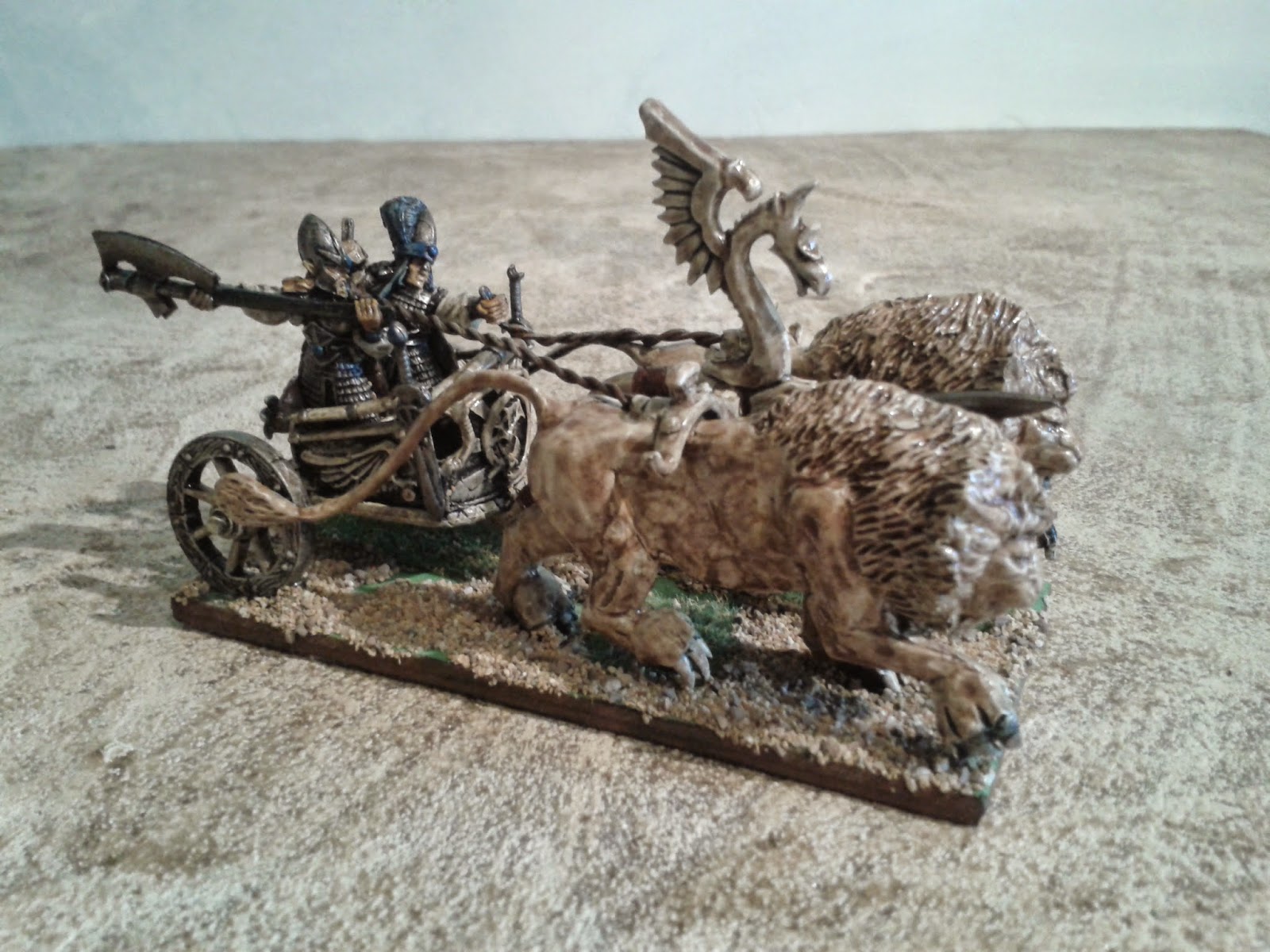 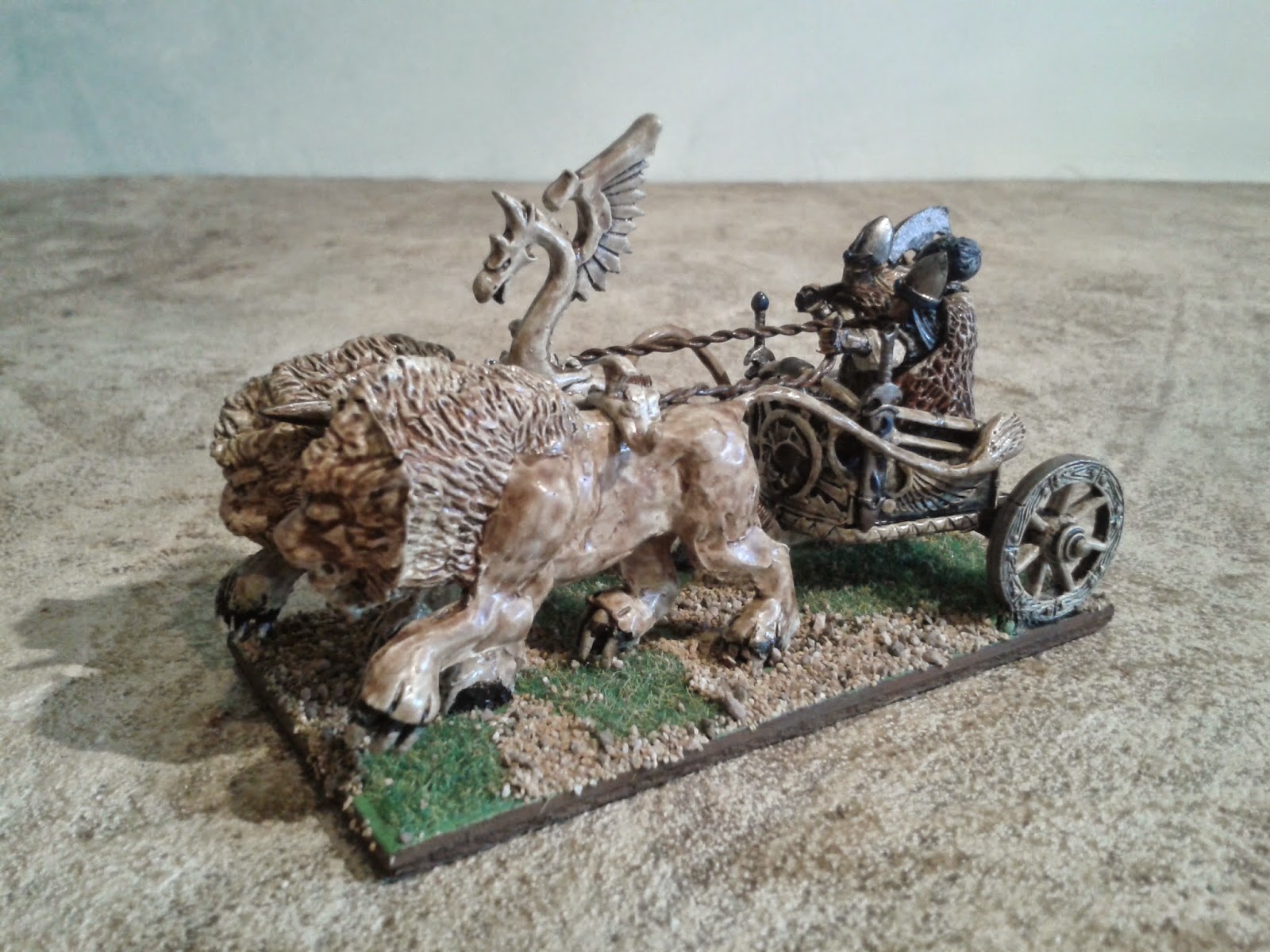 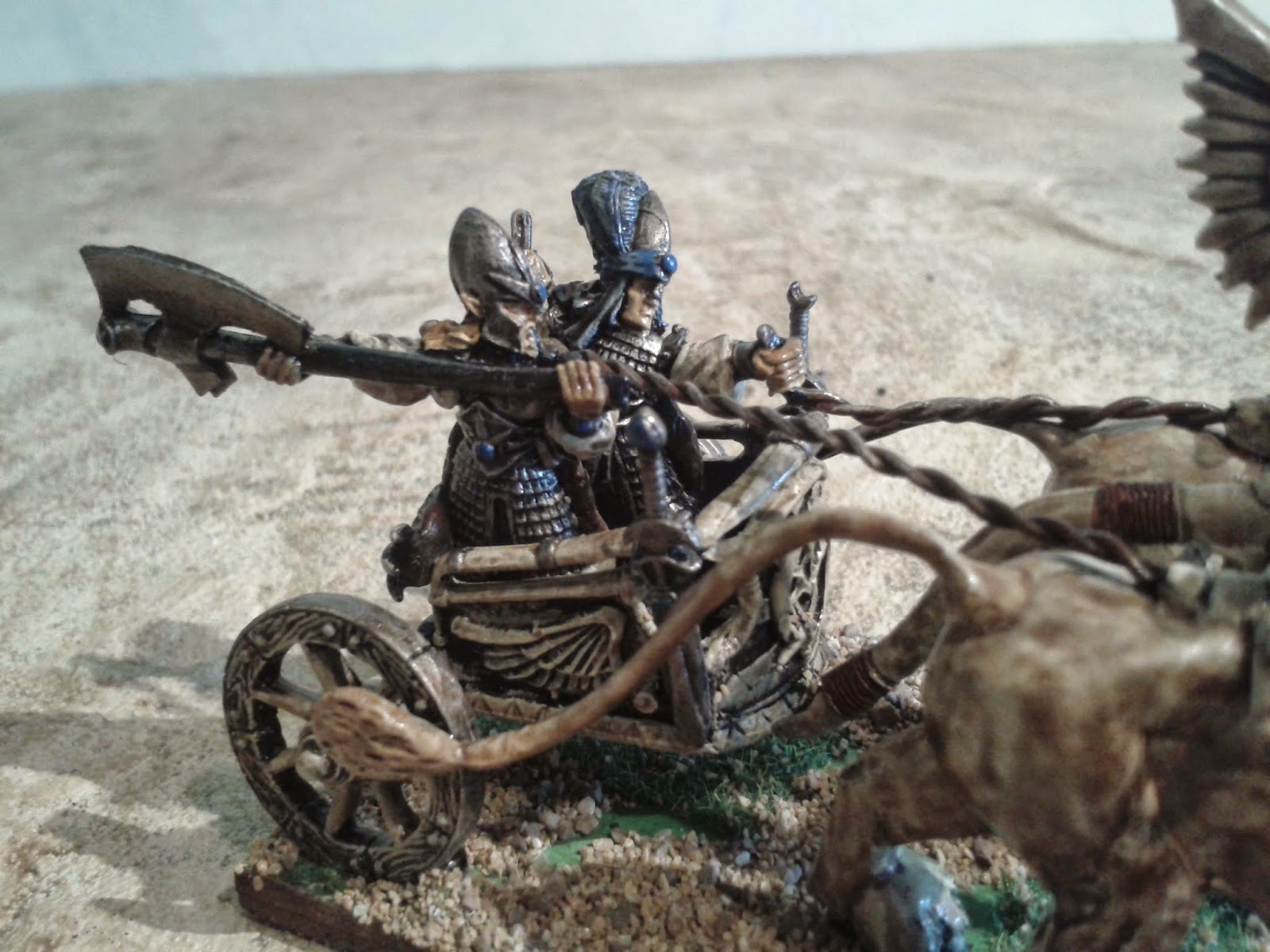 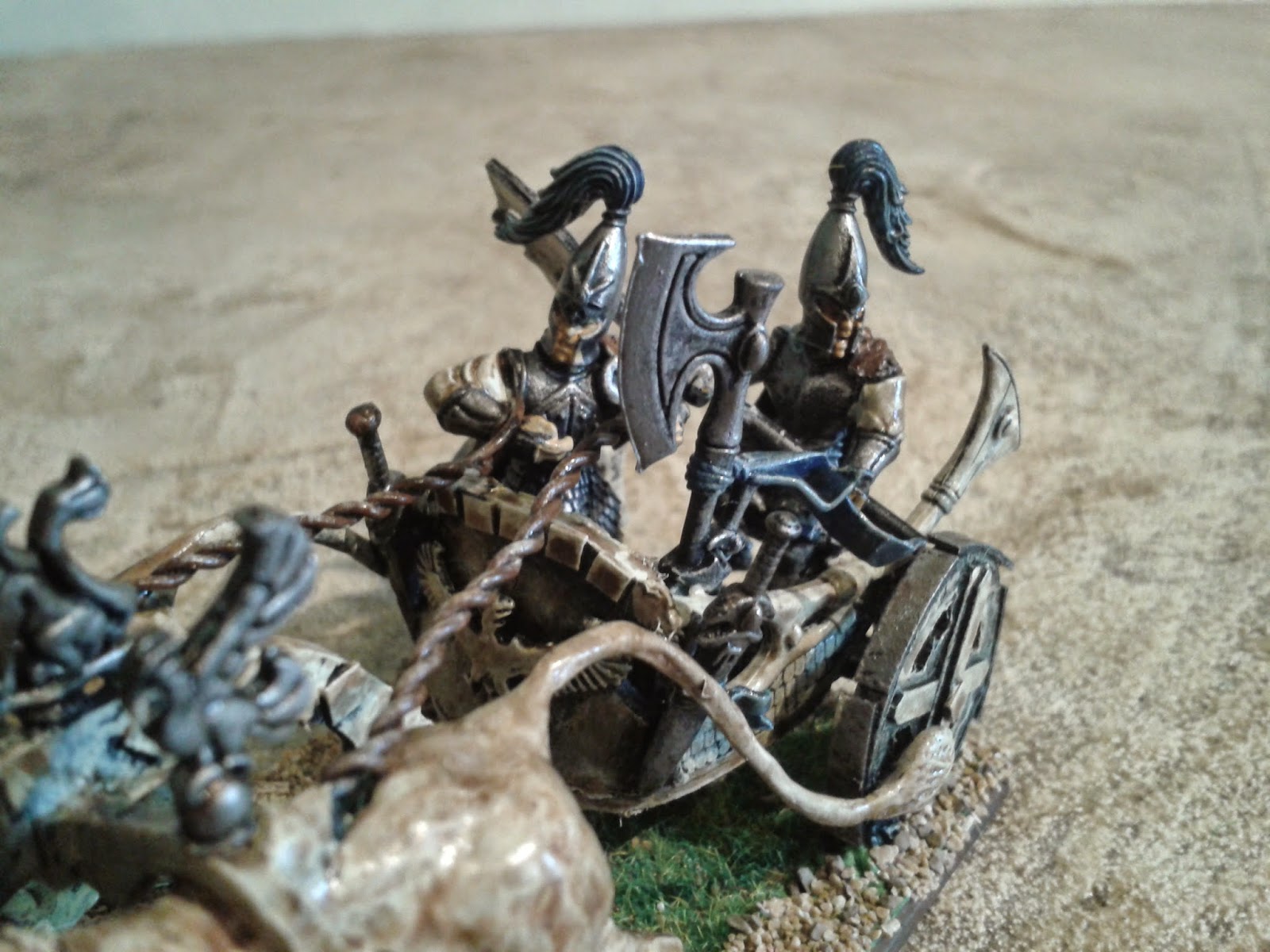 I still have a lot to do with the High Elves, but for the time, I'm done with painting, apart from 2 mages. The next big project for them is the creation of White Lions, Phoenix Guard and Lothern Sea Guard from very old plastic spearmen and bowmen from the 1990's. Lots of green stuff, head and arm removals, fun!