Following on from my own comments the other day I have begun making the rock borders which give the caverns their feeling of cavernous expanse or enclosed tunnelism (just invented a word I believe), depending on your point of view.

I know from experience, the forest tiles I made, that having extra bits of "stuff" round the edges gives the boards a particular feel and adds to the mood. So It is with this in mind that I have started to put together the rock formations.

Each base is cut from a small piece of hardboard, 20 mm by 50 mm, then I just cut lots of left over bits of foam board, that I don't seem able to throw away, into jaunty angles and glue on with PVA.

Finally I coat the whole Rock Border in sand, leave to dry and then paint. I tend to use cheap match pots from hardware stores because they are so much cheaper than GW stuff and it takes a lot of paint to cover sand.

If I have written all this before, or similar in an earlier post, I apologise. 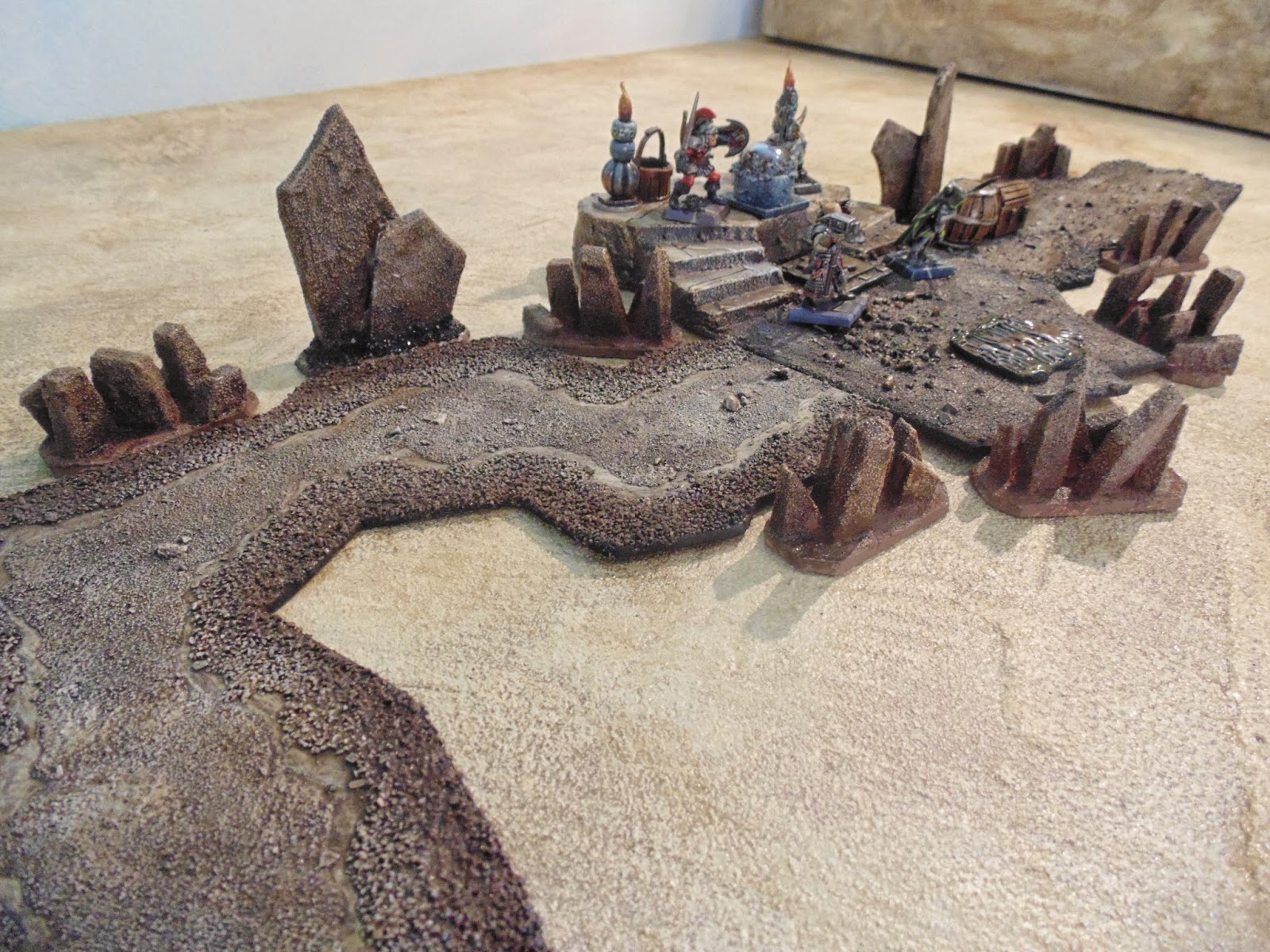 This is the sort of effect I'm looking for although I would like to see a lot more of the stalagmite type rocks: this is how far we are at the moment. 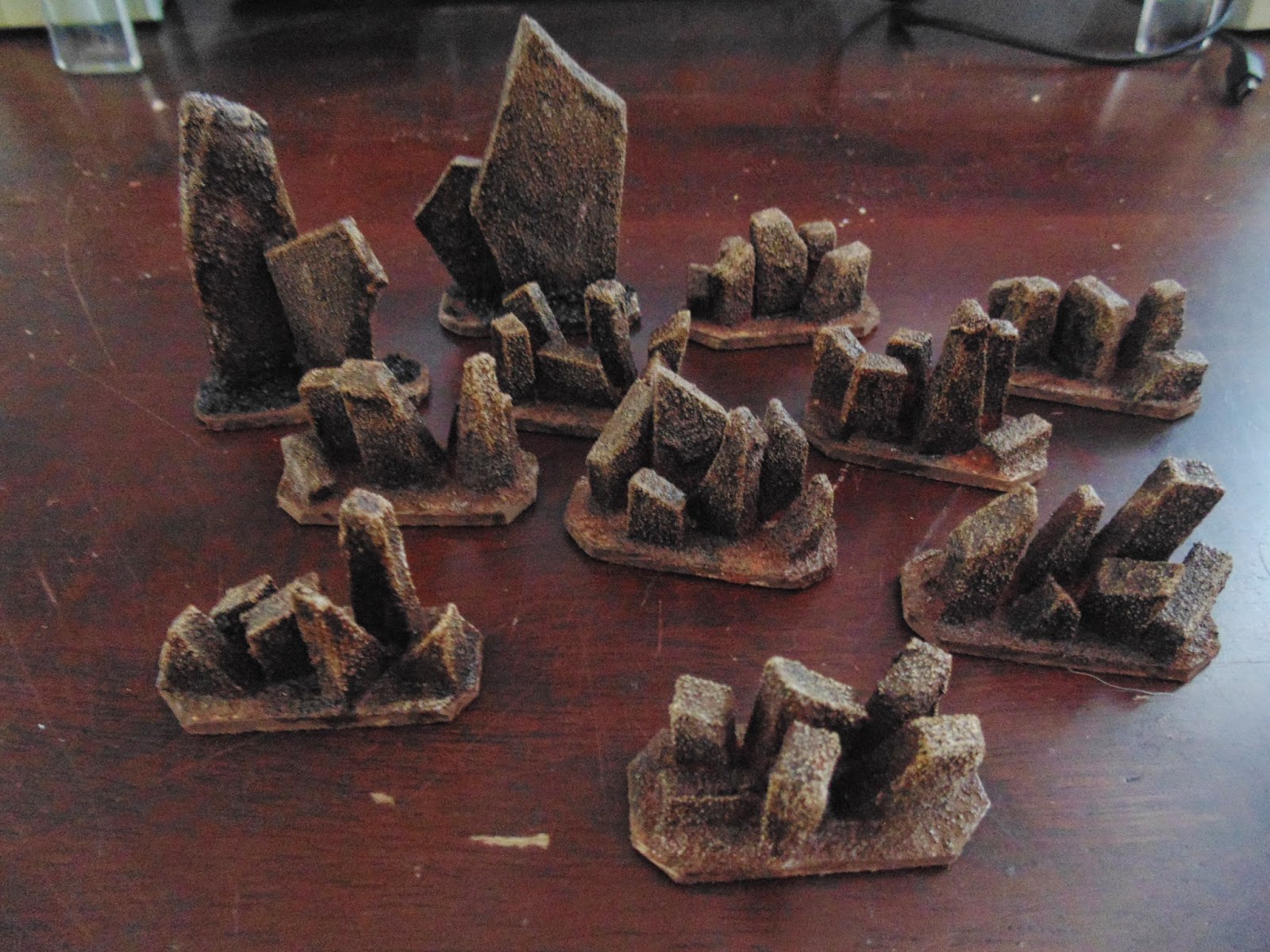 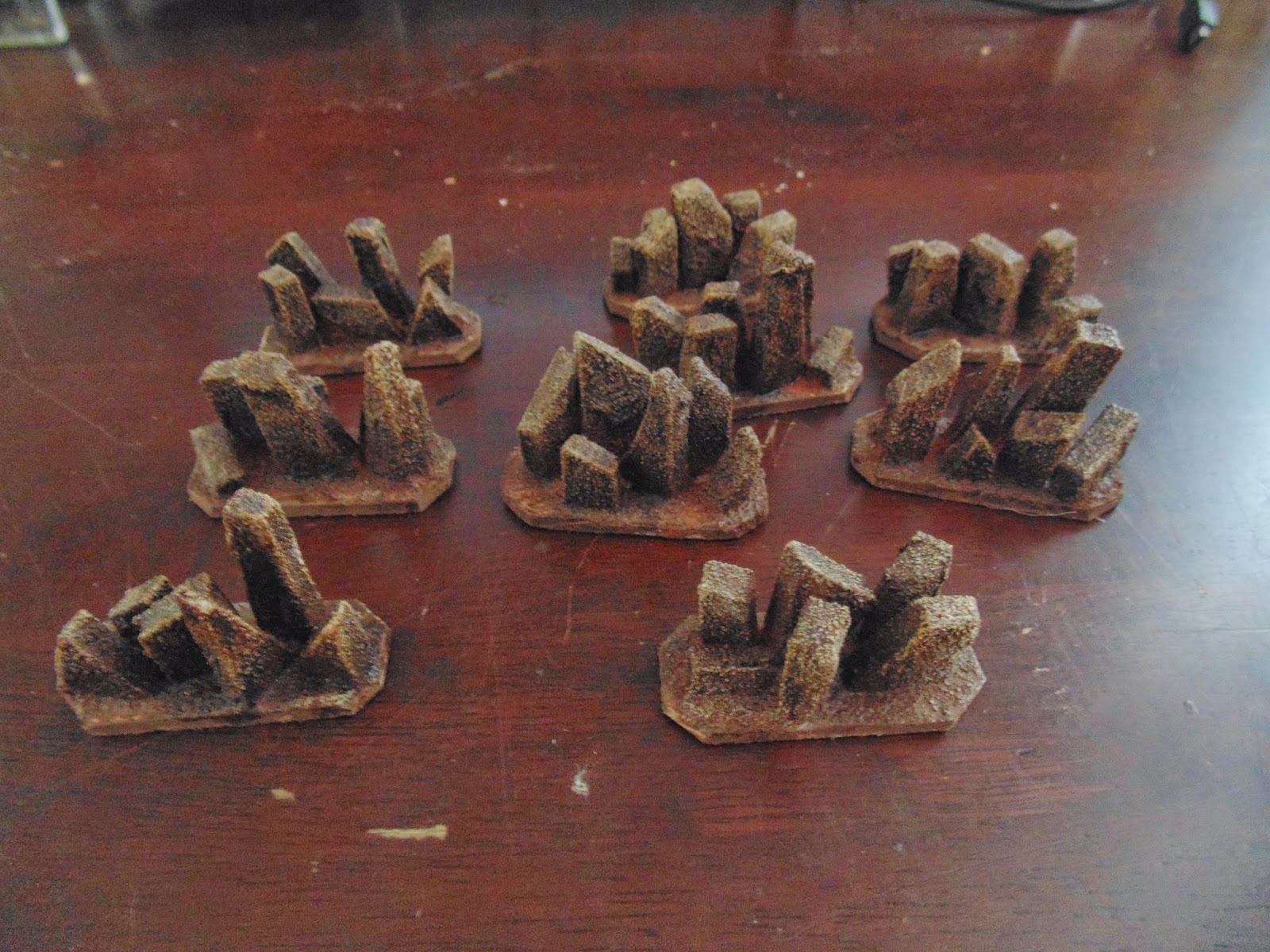 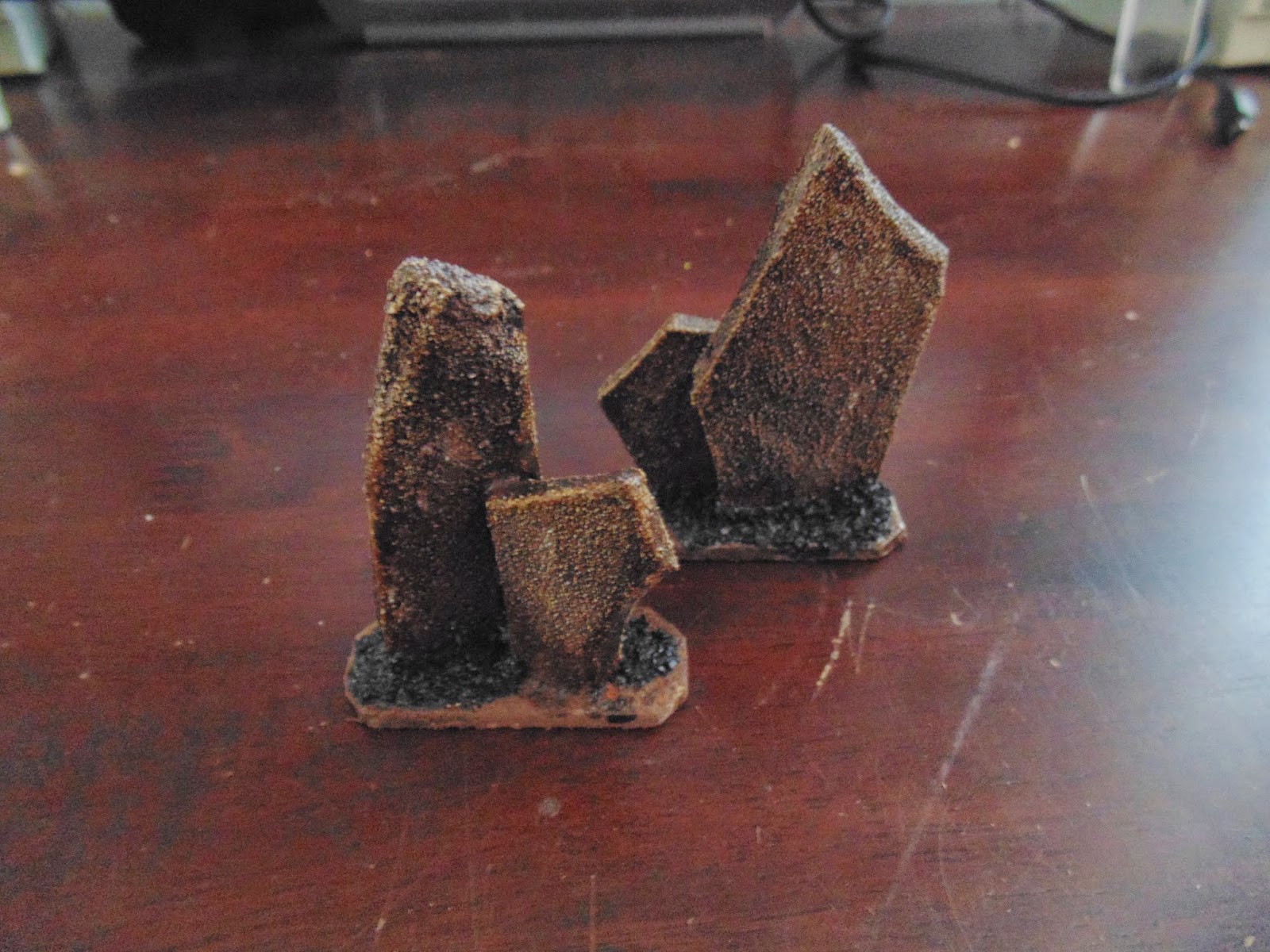 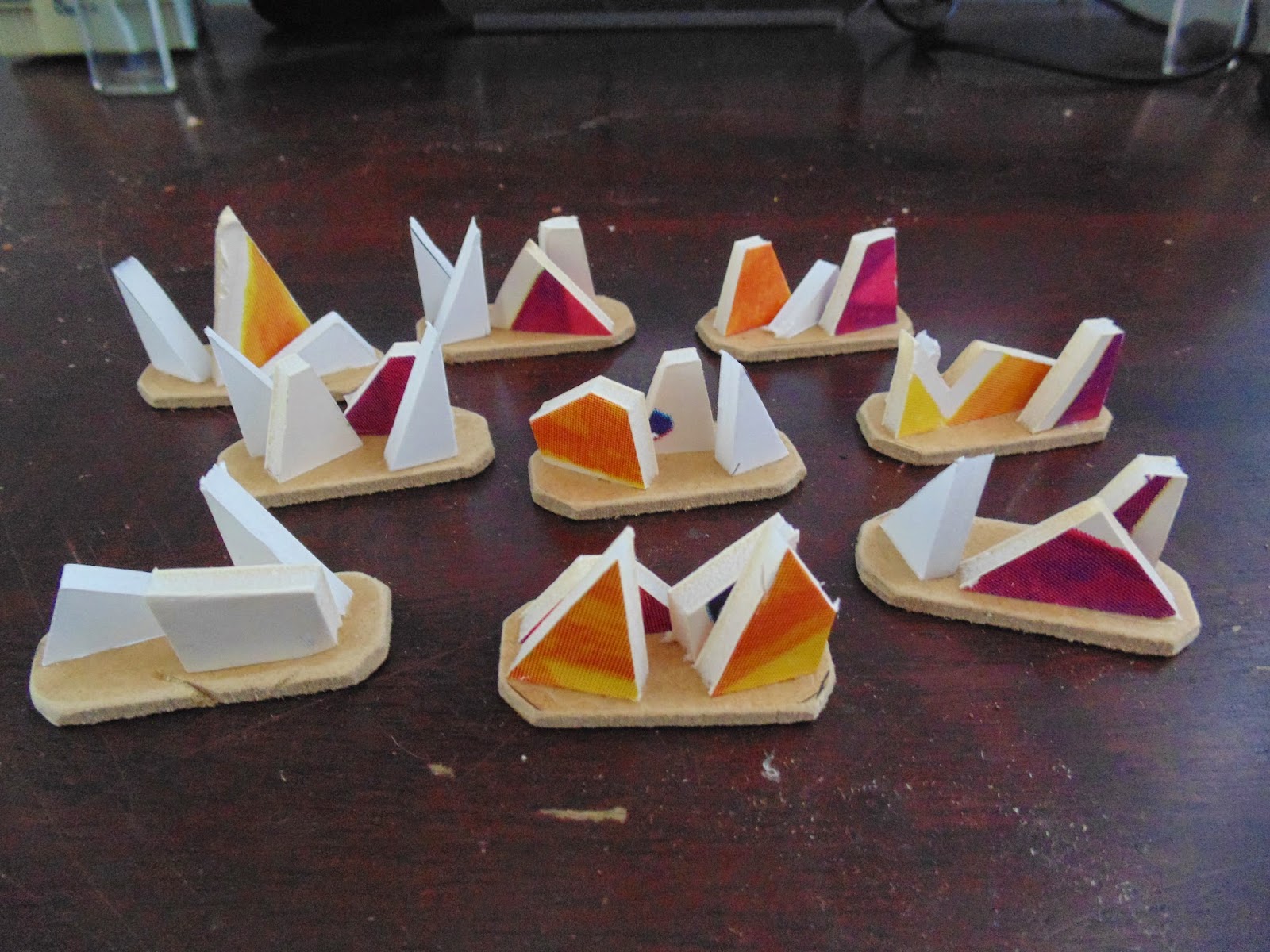