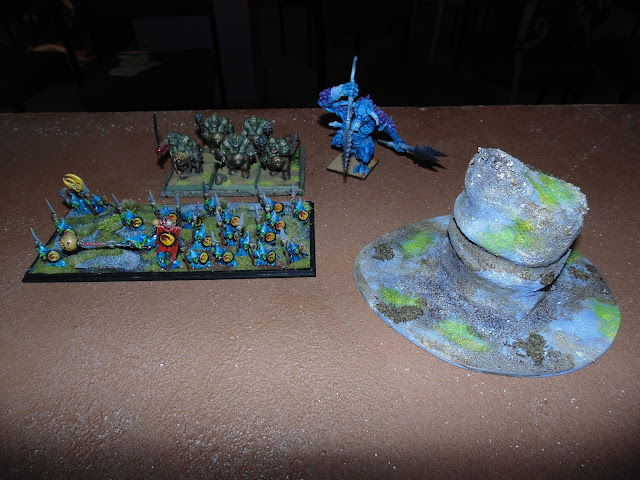 Over at the Wakefield Warriors Games Club on Monday, my Dwarfs found themselves up against the horror that is Lee's Goblin Horde, in a 2000 point battle. 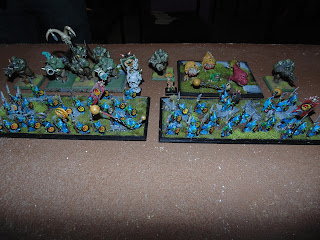 The Ogres are being used as Trolls. The lone Ogre shooters are Goblin Trombones. 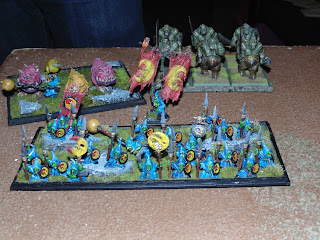 Love the way he has based all these Goblins, they look great. 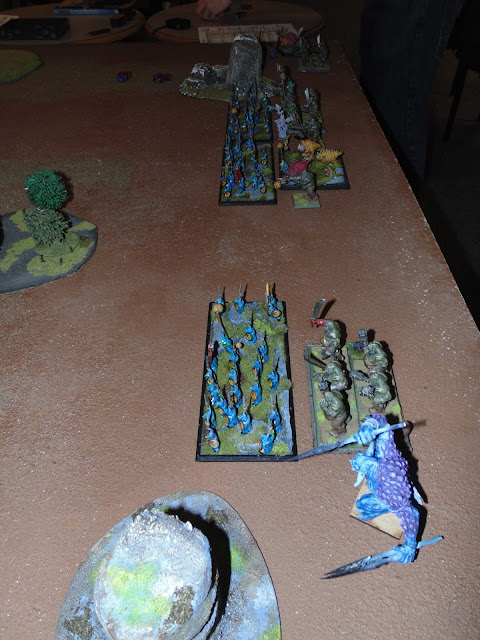 His Troll Bruiser is rather special as well. 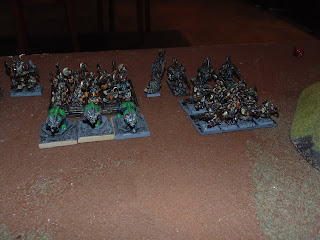 My army had changed a little with the inclusion of the Bear Elementals, 2 regiments and 1 Horde. 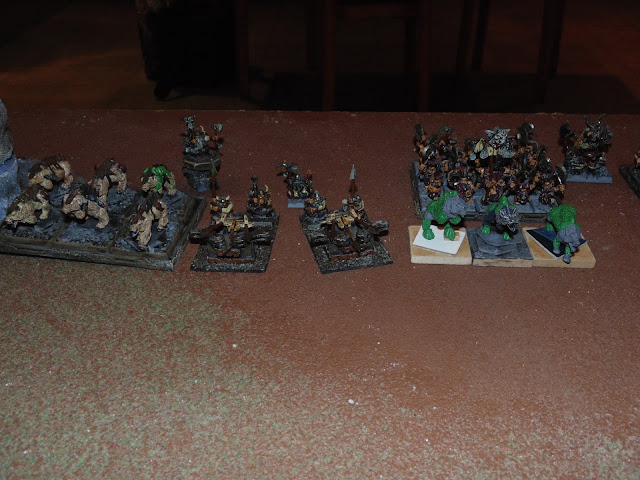 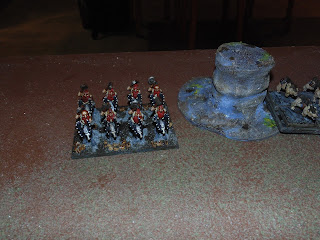 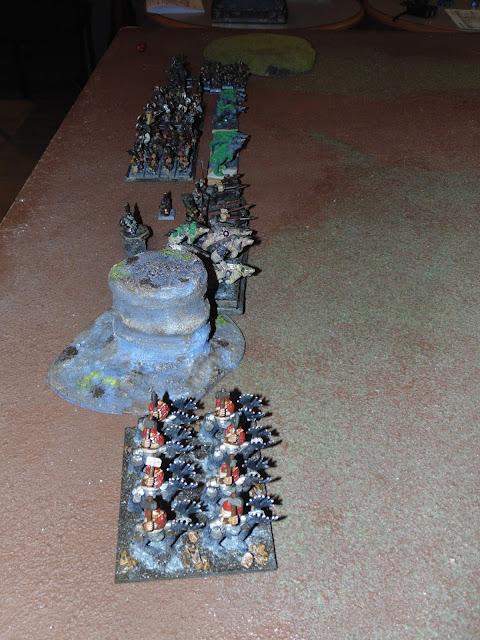 Sorry about the green on the bears, some were only finished that afternoon. 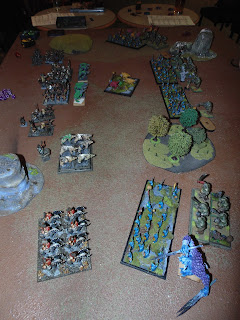 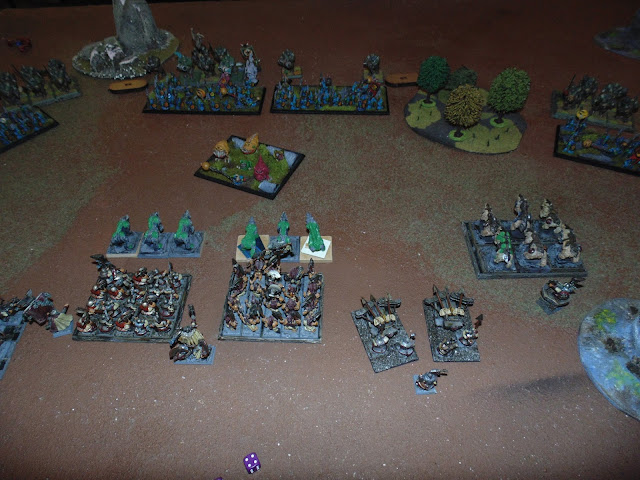 The elemental regiments were to be expensive chaff. 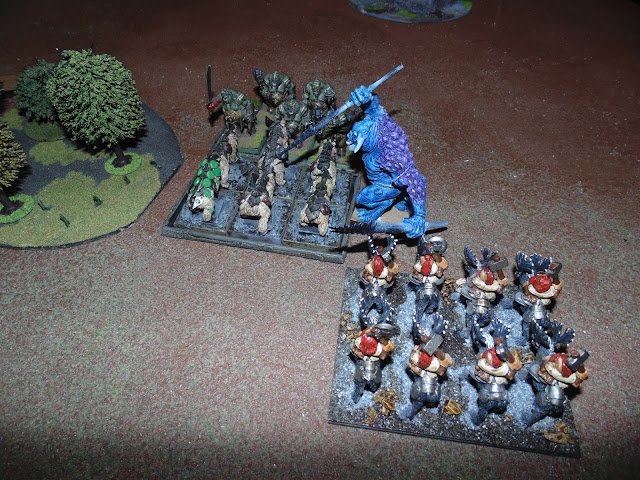 After taking out the horde of goblins, the bears and moose found themselves up to their necks in Troll. 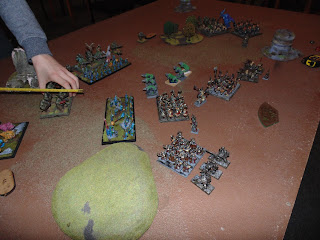 The Bear regiments turned out to be harder for the Goblins to shift, I expected them to die but the def 6 made them rather tough. 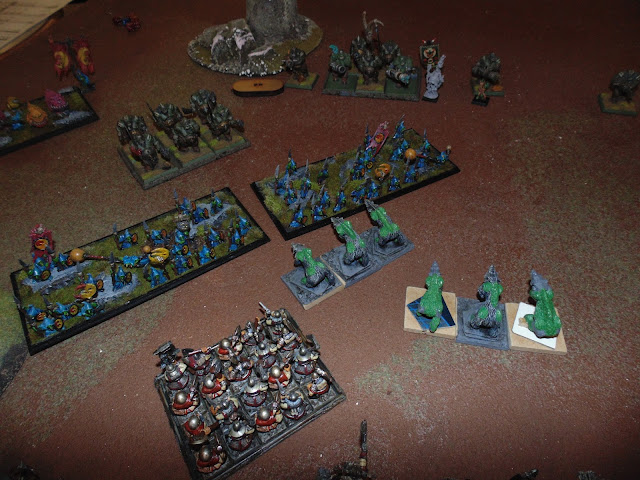 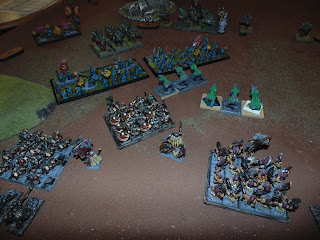 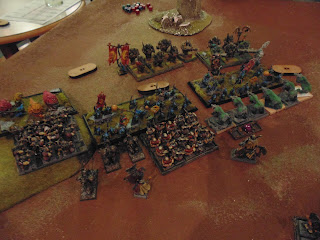 Sorry no flash, blurry and orange. 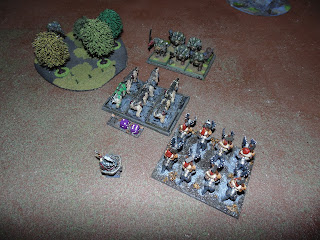 Moose and Bears managed to route the troll bruiser, but the bears were hurt. 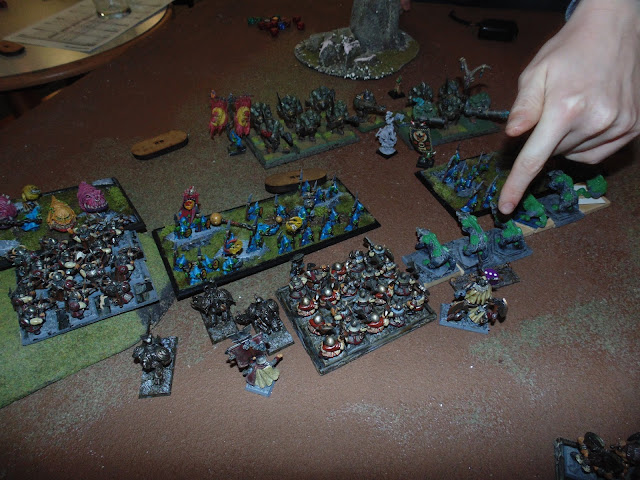 Lee curses the Dwarf General with his giant finger!!!! 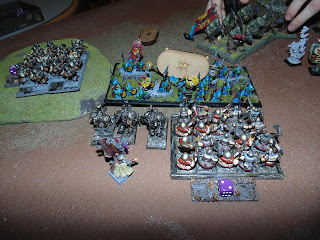 Despite causing about 28 wounds I managed to roll snake eyes for the rout test!!!! 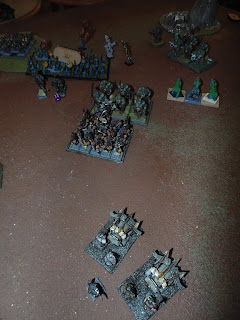 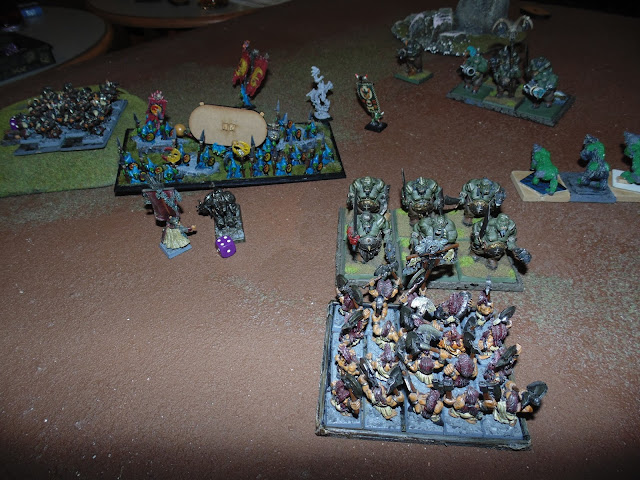 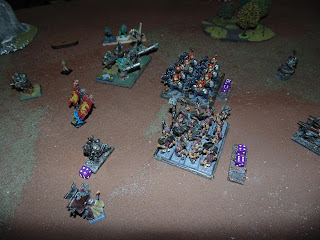 Near the end of the game and my berserkers were being breathed to pieces. 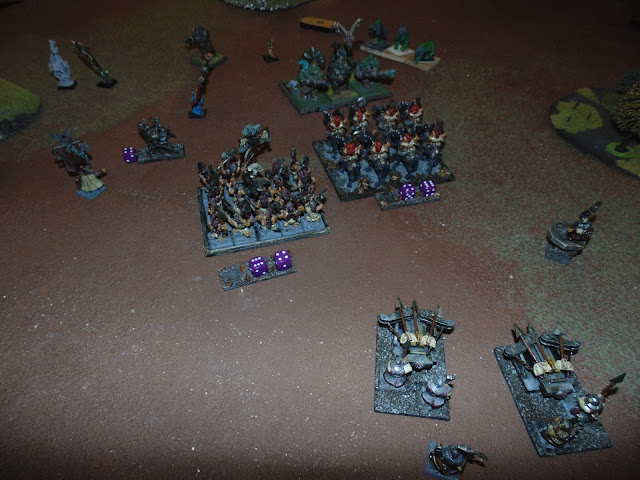 But despite all that, the game was declared a win for the Dwarfs.
Yes I am in a state of shock, 3 wins in a row. 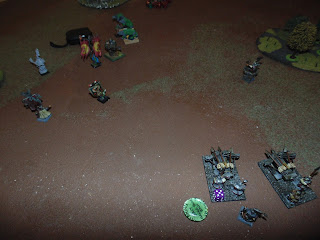 Epilogue:
The general did little and may be replaced with another Stone Priest.Two bain chants may well be useful.
Bears will be used more.
Will put the Heal Artefact on the BSB and lose the holy handgrenades, since I only remembered them once this game, and they missed!