As promised earlier I thought it might be nice to see how Mathgens warband has progressed, how much treasure they have looted and what items they now own. 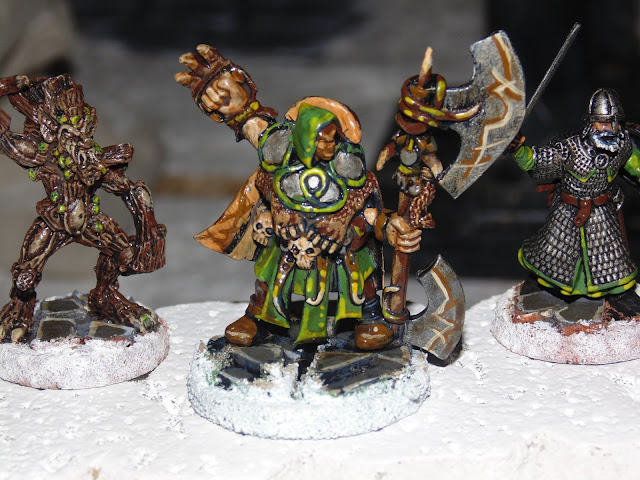 His medium construct to the left.
Mac Og the Knight to the right. Elixir of speed. 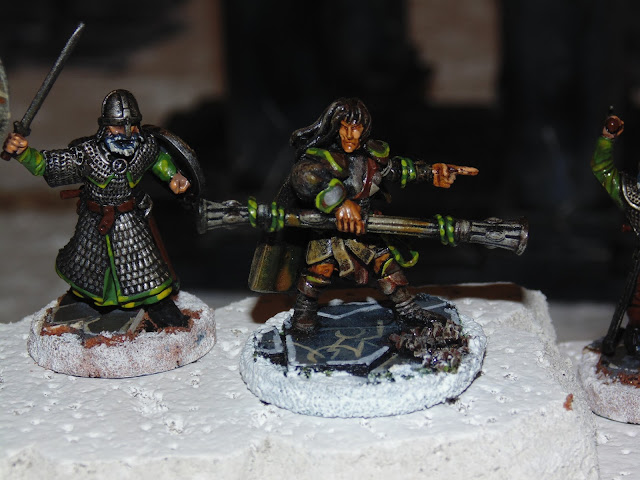 Breac the apprentice. Staff and two srolls: forget spell and petrify.
Poor Breac picked up an injury in the last but one game and as a result he suffered a crushed arm, giving him -1 to his fight score, but I think it just makes him more interesting. 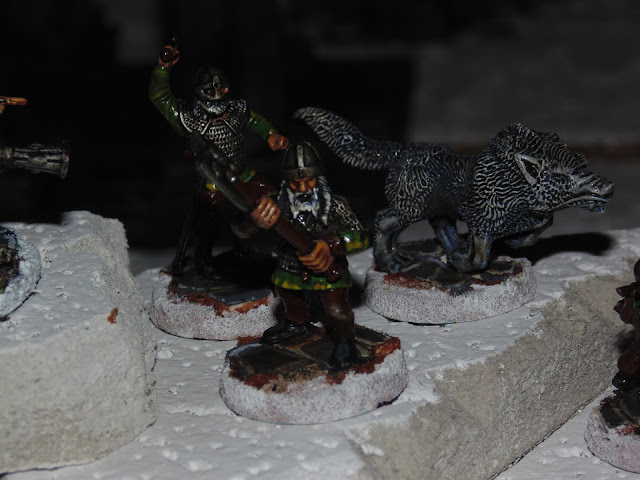 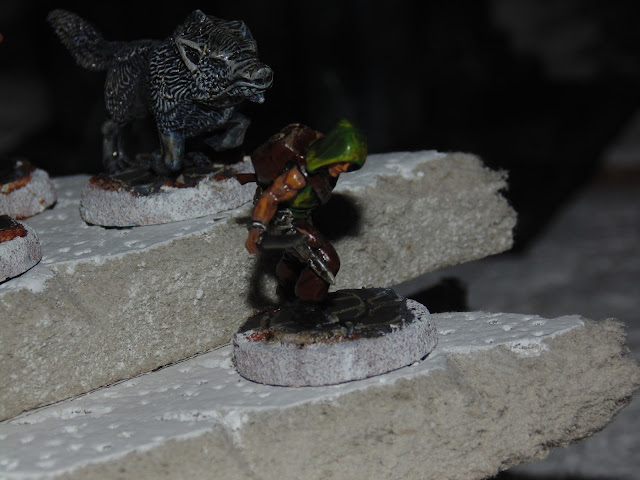 Ogma the thief centre. Potion of strength.
Bran in the background. 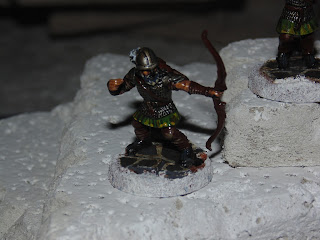 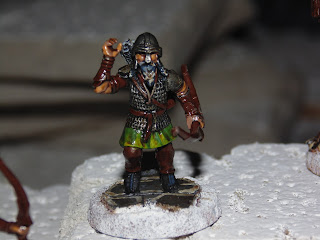 They still don't have a home base, but I can feel a model in the offing.