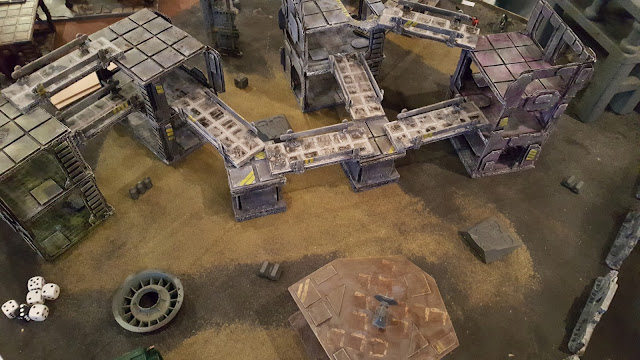 This was the scene for the first game last night, against Rhys over at Wakefield, a straight forward Gang Fight to get me back into the rules. 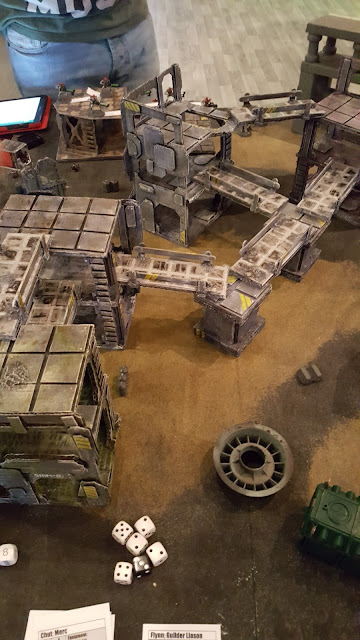 Thought the terrain did OK, although I have spied the fact that we need some smaller pieces to hide behind, next project. 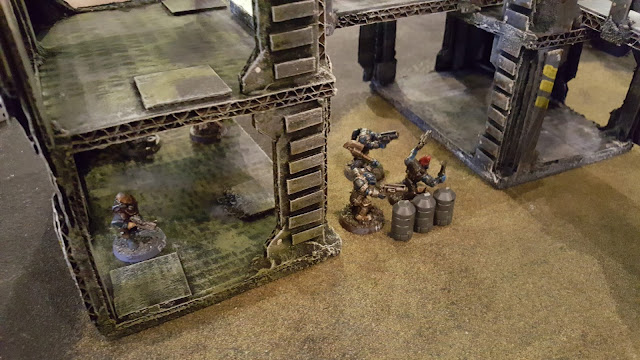 The bounty Hunters sped forward, big mistake and Rhys Goliaths ripped into them with two heavy stubbers, one on each flank. I was the underdog in this game, by about 300 pts, so not too worried that I only shot once and missed in entire game :-) 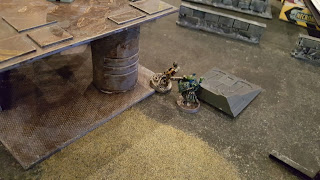 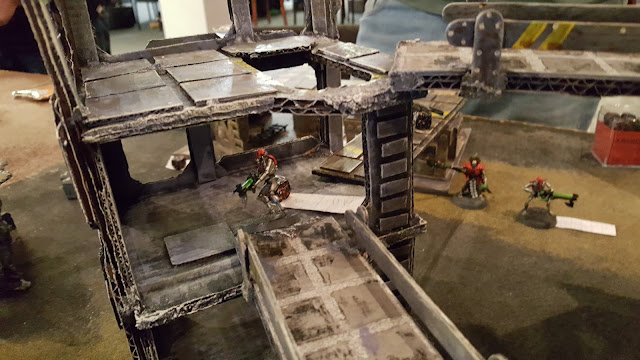 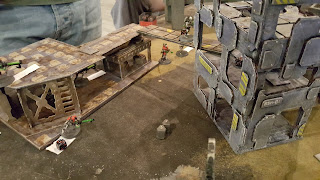 Having smashed some big holes in my gang including Dan Lake, the leader I was forced to take a rout test and failed, end of game. However all my Hunters survived the after battle sequence and gained some useful skills. 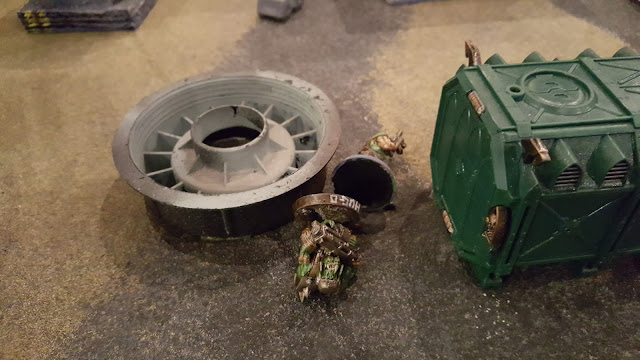 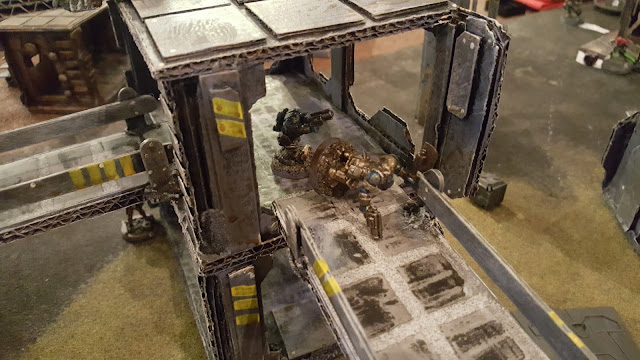 Second game was Ambush against Dave's Orks, luckily because I was the underdog by 500 + points I got to choose the scenario. 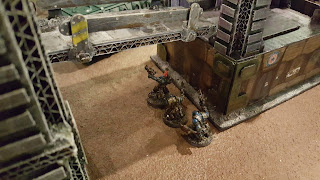 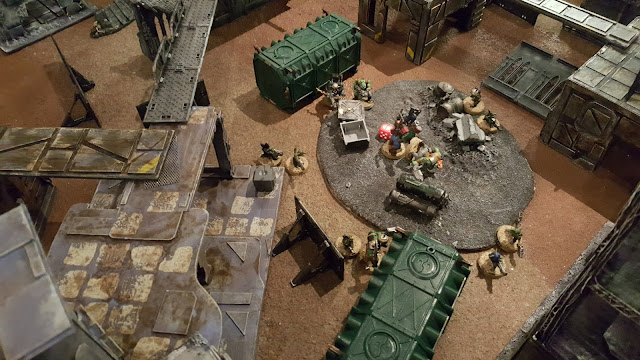 Having got the Orks surrounded I did a fair ish job of taking out 3 to shooting and 1 in hand to hand, but they all survived to fight again. 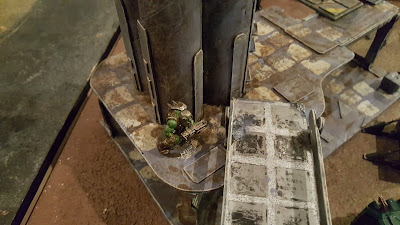 Hugo with his grenade launcher, did not hit a thing all evening :-) 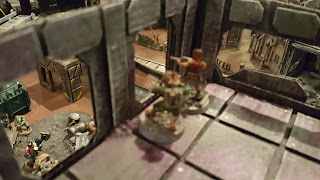 Gunning down the Orks, sort of, from on high. 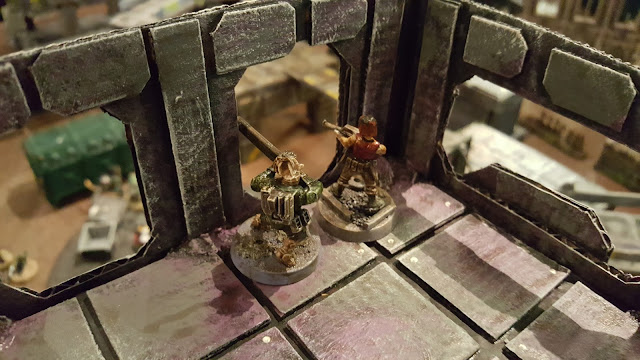 The second game was a victory for Lakes 7, the Orks decided that escape was the best plan in this scenario, very sensible. 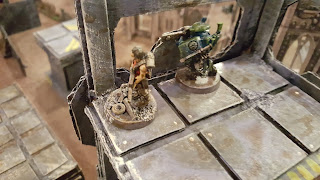 Many thanks to Rhys and Dave had two smashing games, not sure when I will play again but am sure it will be soon.
Cheers :-)