At the moment I am in the middle of rebooting, so to speak, my long term solo campaign of Five Parsecs.

Part of that reboot has been to use Every Star an Opportunity to create the 3 or so planets that feature in the games. Every Star, is a Nordic Weasel supplement to Five Parsecs from Home and basically gives players the bear bones of planetary information. It is definately a place to start from, but does raise ideas and questions which help to create a world. I think it is typical of Ivan Sorensen's work in Five Parsecs in that it gives players loads of options through tables and charts to create a flavour of a world. I view it as a strength of its design although as the author states its all up to the player/DM, its all optional, use what you like.

Anyway here are three planets that I used without much thought previously, but which now I can see so much more potential in. I also see these as the beginning of the development of each planet, not the complete item.


Here are a couple of pictures of how the actual sheets look. With these being physical copies i can add notes to them and then update the digital versions. 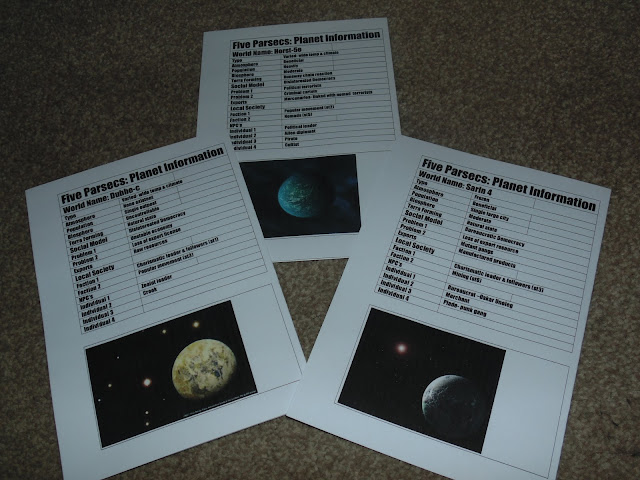 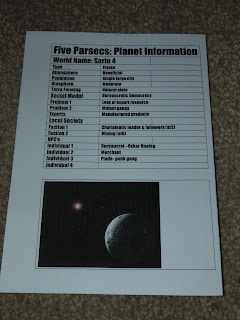 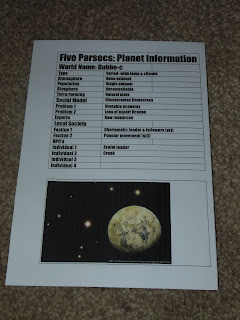 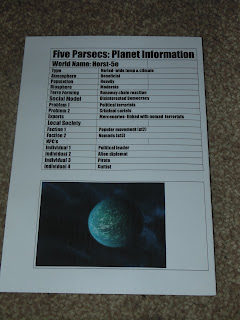 The recording sheets I have used here are of my own design and in no way are endorsed by Nordic Weasel Games.