Well this week I was supposed to be playing KIngs of War with my friend Mick, along with whom I am playing in the next Beers of War doubles tournament coming up in the next month.

Unfortunately I had to cancel due to one thing or another, but I had taken pictures of the small 1000 point army I am proposing to take to the tournament, so here it is. 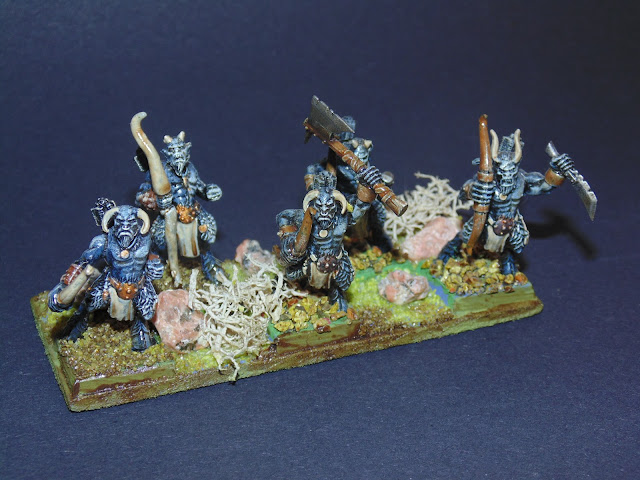 Starting with the smallest first, 2 troops of Hunters, who provide a bit of shooting, but mainly cover for other more effective units which can charge in behind them. So a screen really. 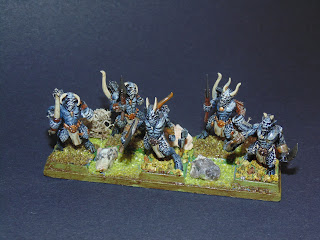 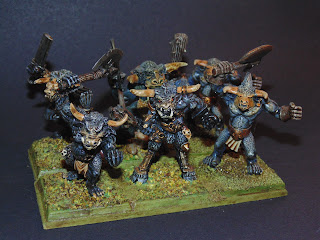 The big solid hitters are the Guardian Brutes:Minotaurs, wih a good defence(5), buckets of attacks(24) and small frontage, the Brutes can really be a handful. 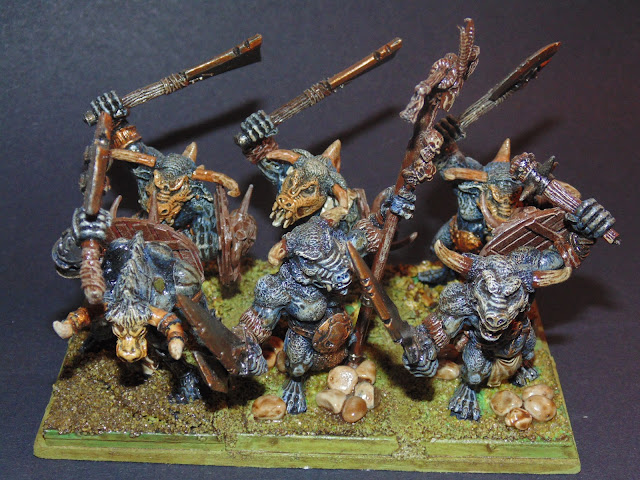 The Mad Cows, Stampede unit below, who kick out a huge 30 attacks and can scoot straight through difficult terrain or obstacles without suffering any modifiers, these can be a huge distraction in a game. On a good day they can take down hordes all on their own. Although have to say with me throwing the dice it rarely occurs :-) 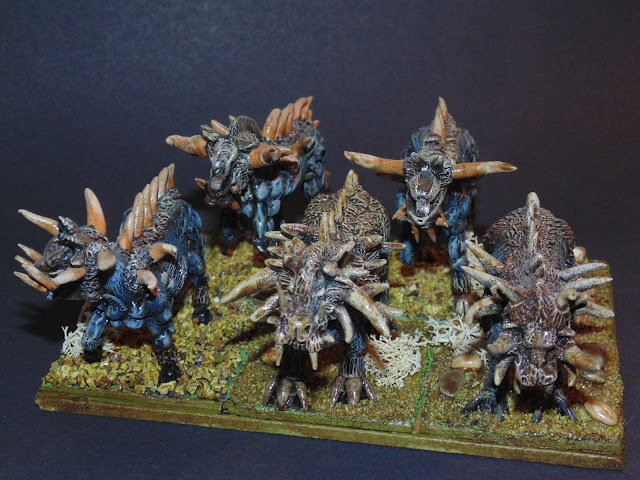 Finally, being inspirational and Healing(5) and giving Bane Chant, the Shamen provides some very important support and will need protecting. At the same time he needs to be in the thick of the battle as he has stuff to cast, so always difficult. Ideally I would like to have 2 Shamen really, so this may be a revision I use when I've had a go with army as it stands.The big issue with Shamen is speed, 6, is often just not enough. Stick him on a mount however may well be the way to go in the future(presently I don't have an appropriate model). 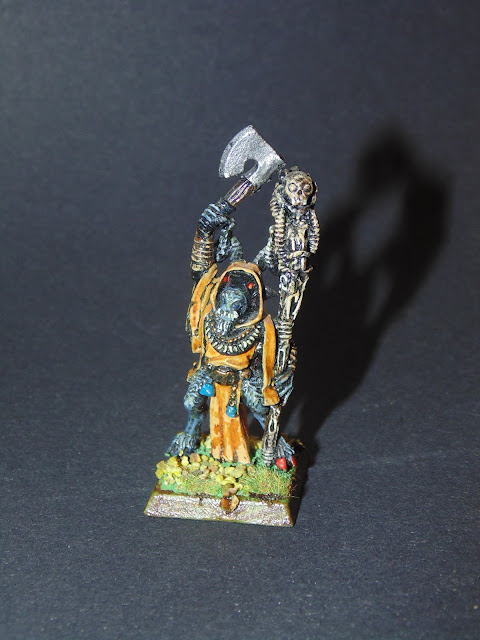