This is the model I used to play a recent solo game where I took a Frostgrave scenario and crossed it with a D&D Palladin character, (Alone in the Crypt.) Probably not going to happen again and was an ill advised idea. Anyway I finally finished the miniature, an old GW Swordmaster of Hoeth, one of about 30 I own. 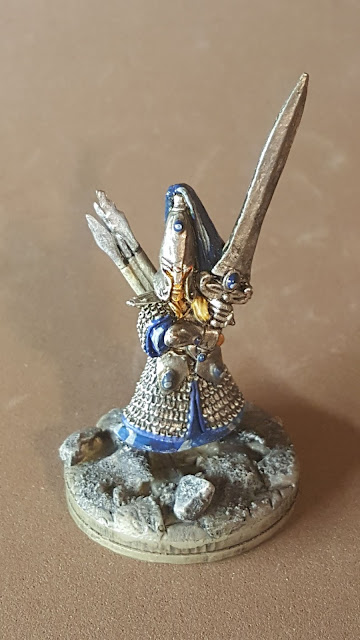 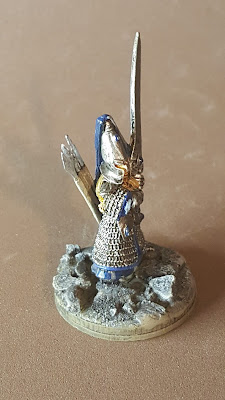 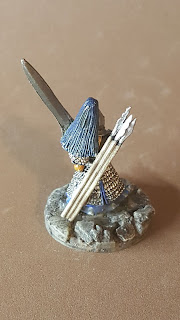 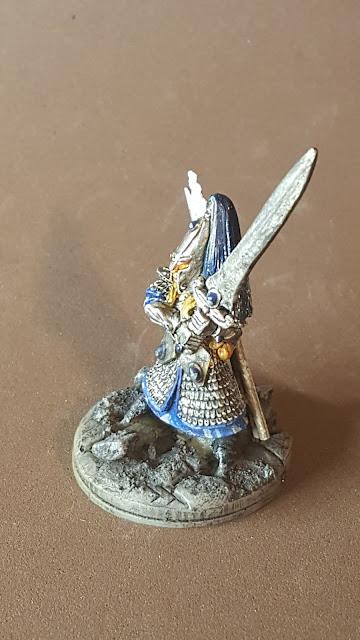 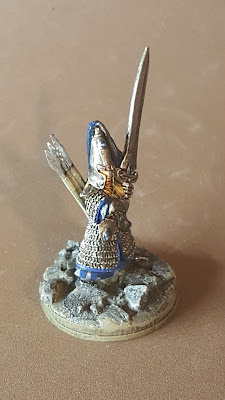 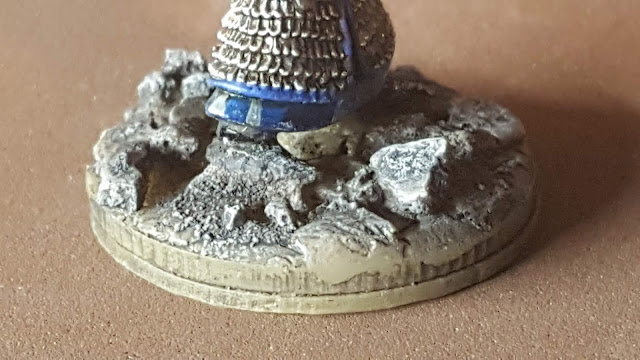 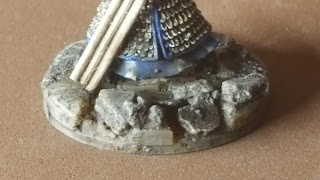 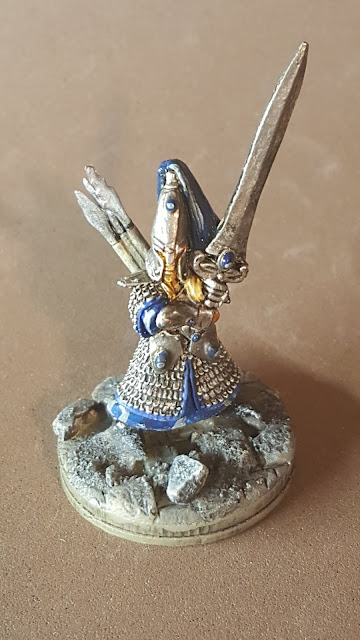 The base is from the Gangs of Rome bases Luke's APS produced for the game which I added a load of plaster rubble to conceal the "jigsaw" part of the base.

The javelins are taken from my bits box, from the Warlord Celt warriors box set.
Posted by Darryl Hunt at 01:01