Here are some examples of the maps I have created so far with the Tile sets I made for myself last week. They seem to work fairly well, not sure if they will become too formulaic and boring, only time will tell. 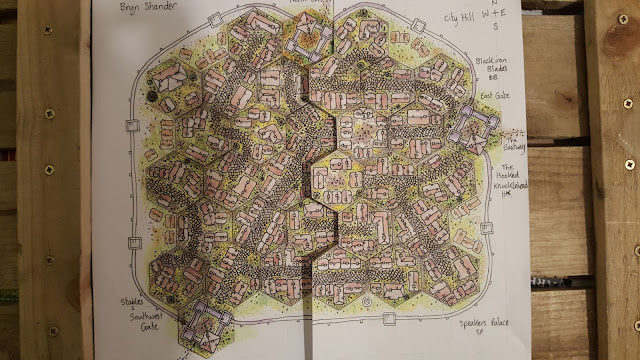 This is my version of Bryn Shander in Icewind Dale, a medium sized, walled city.

I can imagine that really large cities could be constructed over 4 A4 sheets, could be interesting. 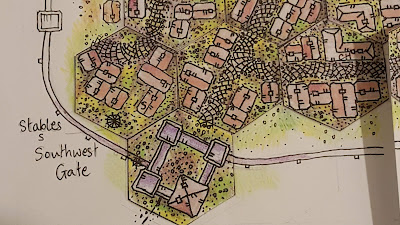 After I had laid out the tiles on two separate pieces of A4 paper I cut down the centre of the right hand bit so the two could overlap. When I use them they will be held in plastic wallets so they lay flatter. For the photos I had to remove the wallets, due to reflections. 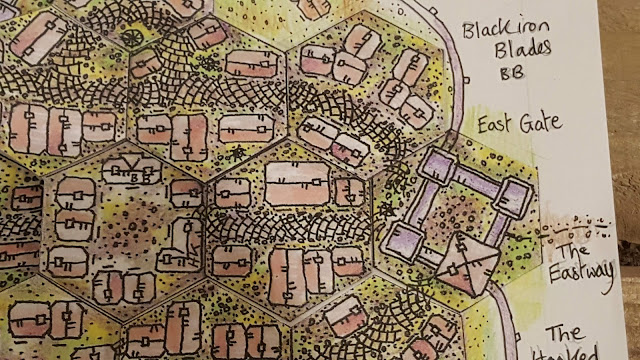 I had to also draw extra bits in, like the city walls and some of the extra buildings so the map made sense, but it did not take long. The only bit that caused me a problem was that I had a lovely picture in front of me by Mike Schley and I felt bound by some reason, to make mine as similar as possible. Heavens knows why. But I didn't let that constrict me on any of the others. 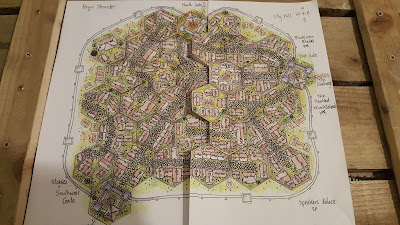 Next I used the more wintery tiles to create the Town of Huddlestone on the borders of Icewind. 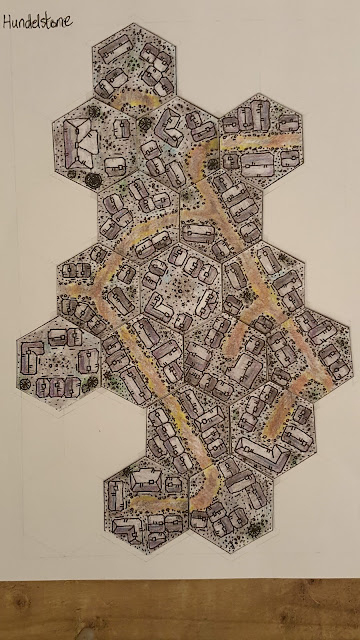 Created on one A4 page and still needing details adding. 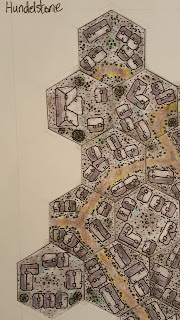 Finally Bremen a small village on the edge of a lake a little way from Cairn Kelvin. 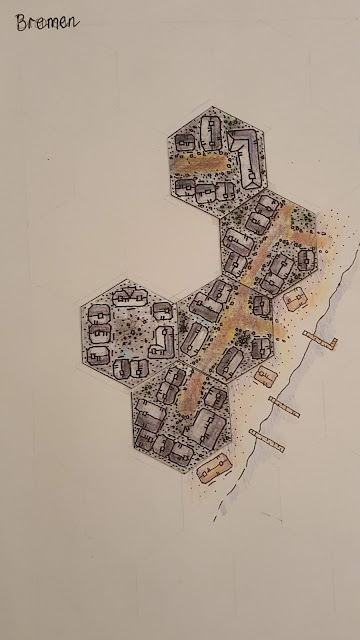 Added extra bits to this like the lakeside and the piers. I am in the middle of drawing more hexs with coastal features, will post them when they are complete. 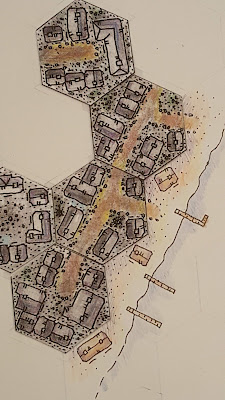 My initial thoughts on these is that with them I can bring together a usable map quickly which looks OK, so at present they're doing what I wanted.

Will be writing in where taverns and important buildings occur soon.