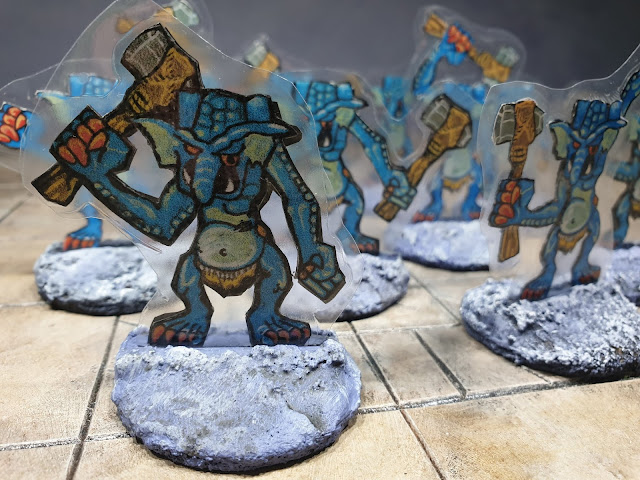 After my bit of an experiment the other day with a few different Standees, I really hate that term, so from now on I will refer to them as "Flats", I started to think how I could use the idea to help out in any of my games, particularly D&D. 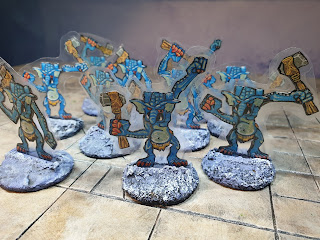 So first off I made 10 Trolls and their bases.I soon realised that I was never going to have to make these 10 bases ever again, which I liked, as in a game of D&D it was very unlikely I would ever field more than 10 such models. 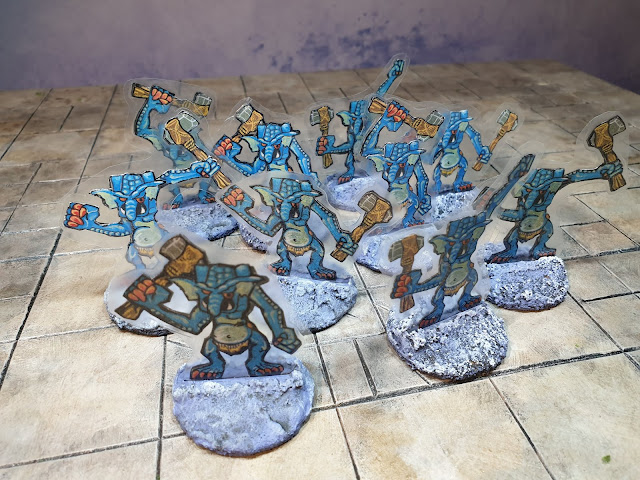 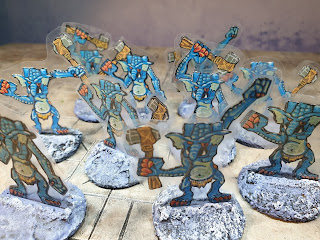 Then it struck me I could use 5 models to create a KOW regiment of Trolls, just have to make a regimental base with slots and away we go. That's for another time though. 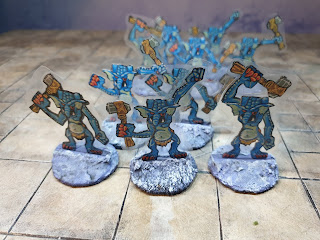 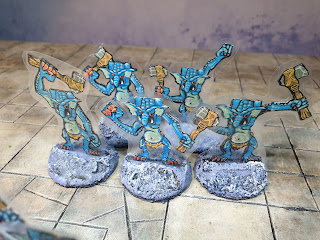 Then I needed aChuul for game last week so thought, here's an opportunity to see how well this works I'll make a Flat Chuul or 2, actually I copied the sheet 4 times, but decided 2 was enough for the game. 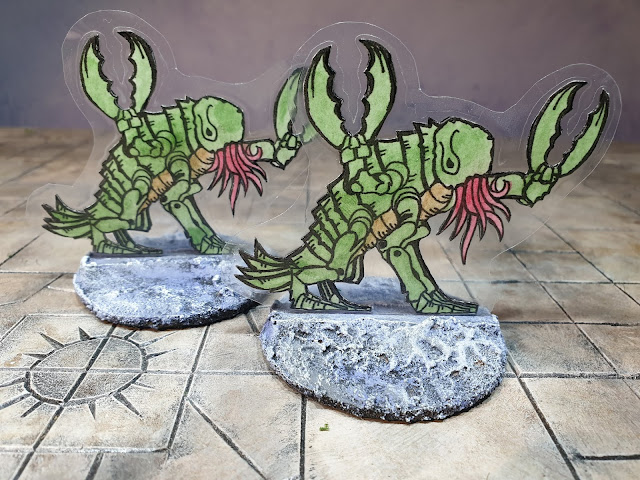 Larger bases for these, I have only made 5 of these for future use. Interestingly I painted the Trolls with acrylics, GW paints but the Chuul I did with cheap old water colours and were a lot quicker to complete. 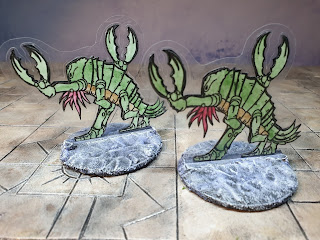 Here they are getting to know Teclis, for size. 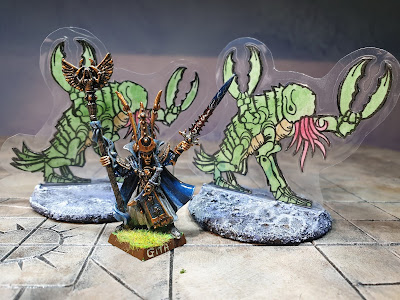 One thing led to another and I started to think how I could use the Trolls en mass so started to plan a scenario where the Trolls were cast as victims and my PCs would come to their aid and gain there friendship, which could be useful. That way I get to use all 10 Trolls plus their leader, as below. 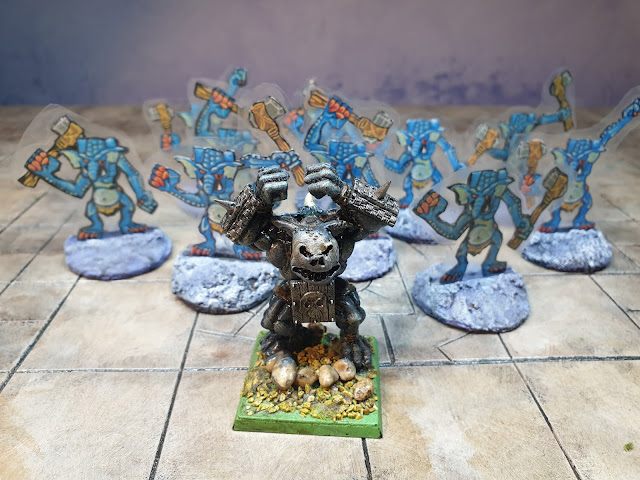 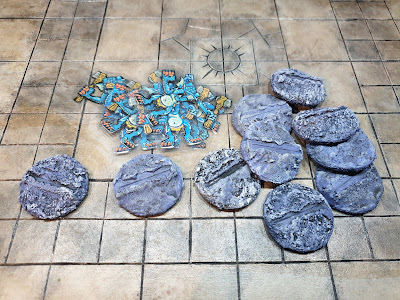 Flats all separated, this is another aspect of them I love, they are so easy to store. 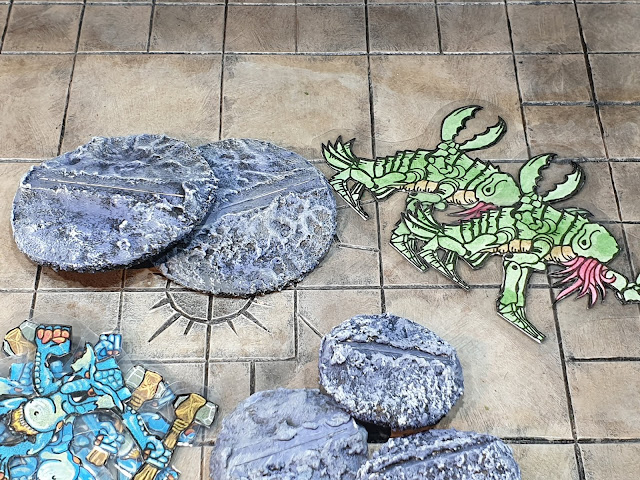 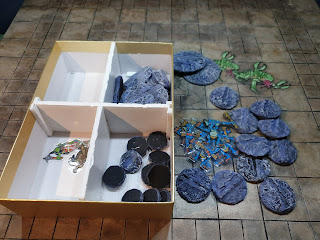 All of it in one simple box, great. 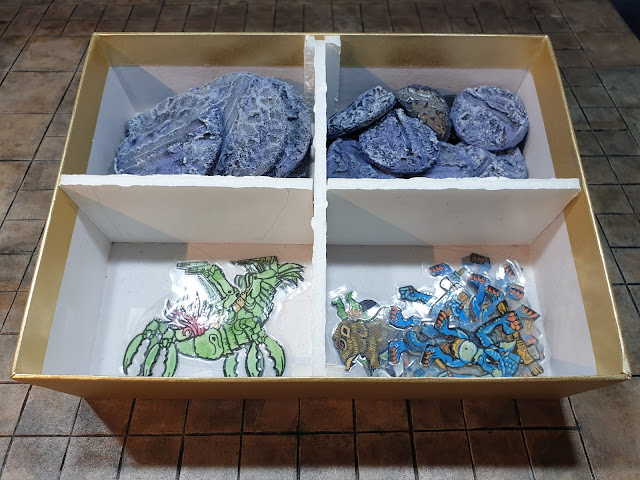 Here are a few WIP shots, so you can see how I made the bases. 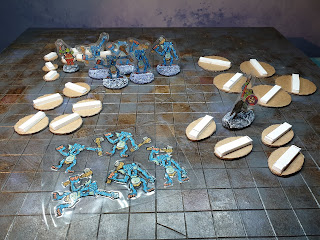 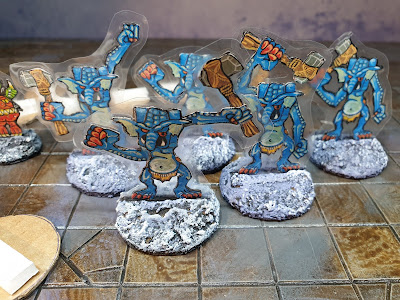 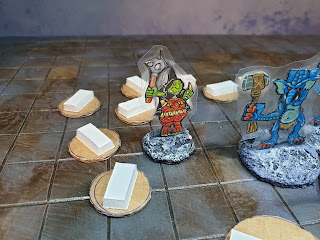 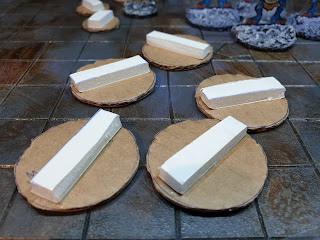 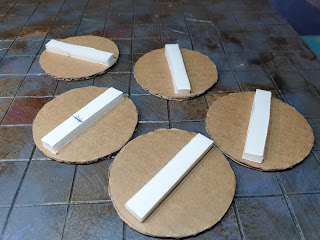 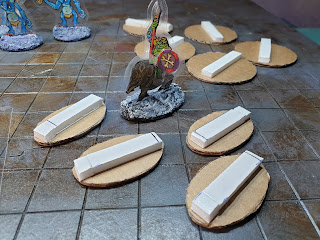 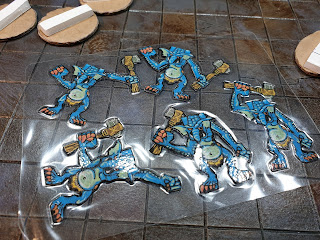 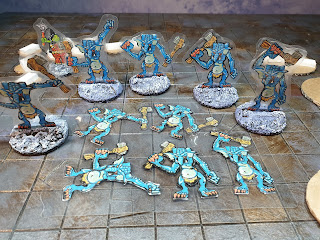 Fresh from the laminator before cut. 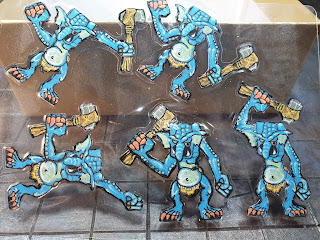 I have in the pipeline a Bugbear, Umber Hulk and a Otyugh, should be all done next week.