D&D: The Freeing of Baloc 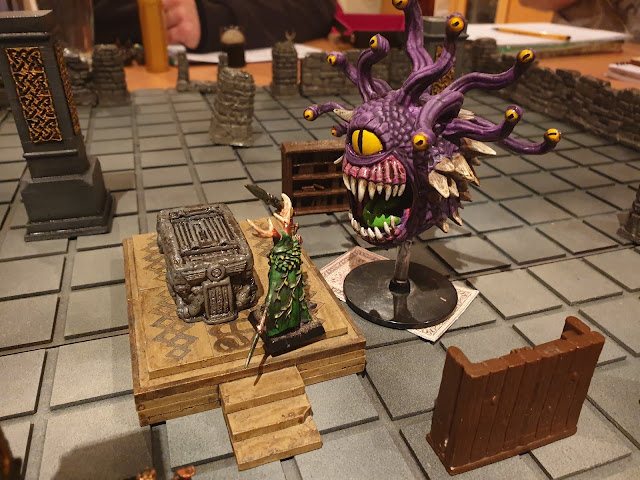 Spent Sunday afternoon and evening playing D&D last weekend and as the terrain was particularly swell, my GM Lee's set up, I thought I would take some pictures to record the afternoons proceedings. 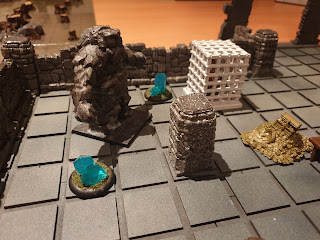 We were on a mission to save Baloc who had been coerced into becoming the page turner for Dunning the Beholder. 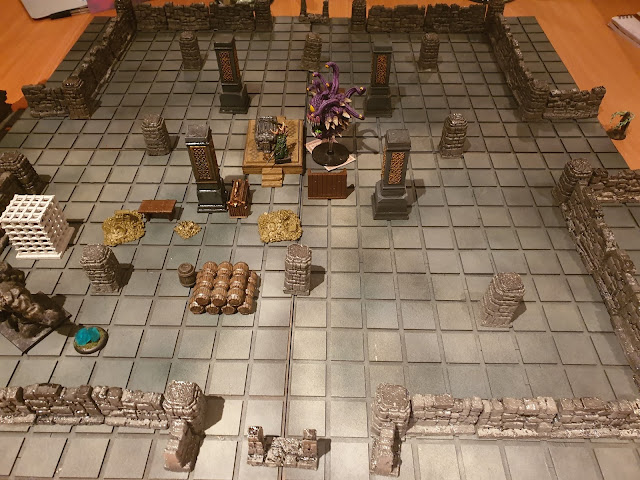 The action took place in a massive library, the books belonging to Dunning which he was methodically reading till we arrived. 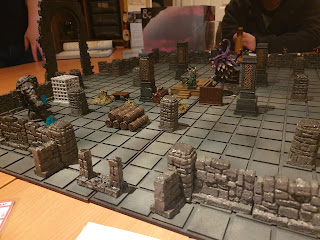 In one corner he also had a ritual spell on the go to animate a Golem. Below is Hoxus my half orc female barbarian/warlock who has just knocked over the spell book needed for the ritual to work: then finding herself petrified by an eye stalk. 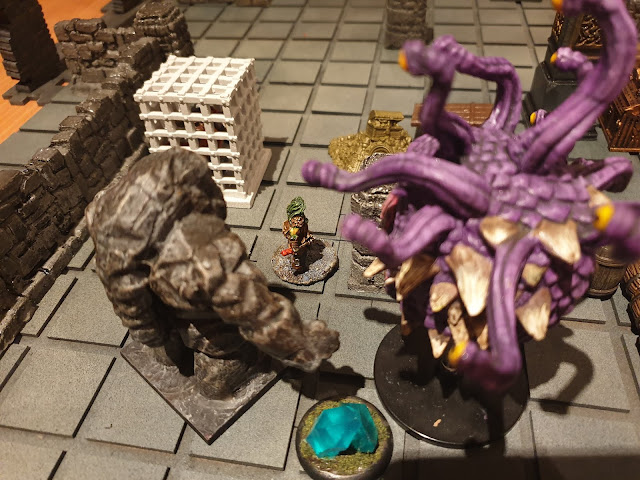 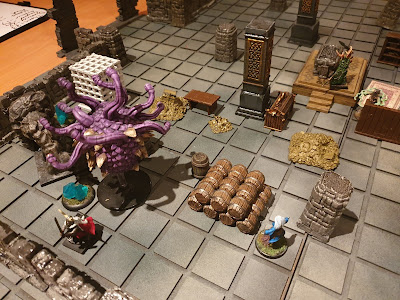 In the end Thorn, our druid and Oromur, a rogue were the only PCs that managed to wound the Beholder more than once 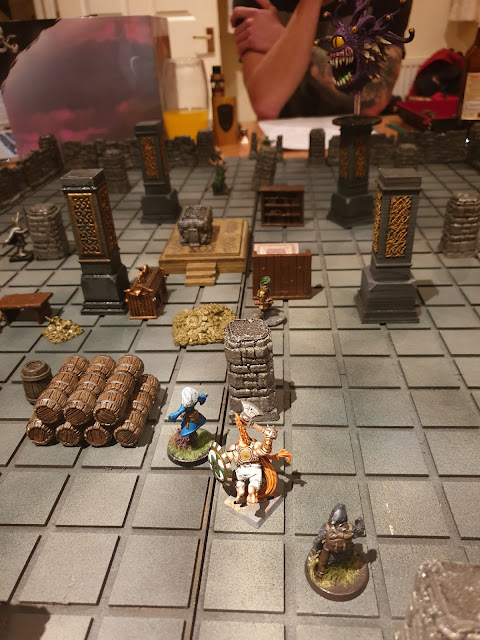 Hoxus spent 3 turns petrified, threw 2 javelins and missed, then spent her time waking people who had been put to sleep. Very effective!!!! I finally reached Dunning and Oromur shot him and killed him,,, 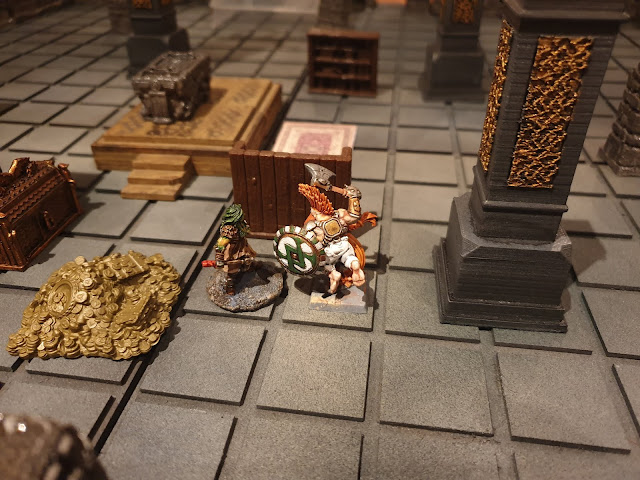 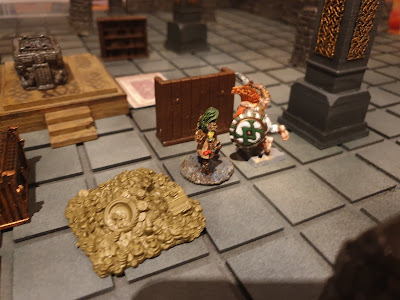 One dead Beholder and loads of laughs later, we were convinced we were all going to die. 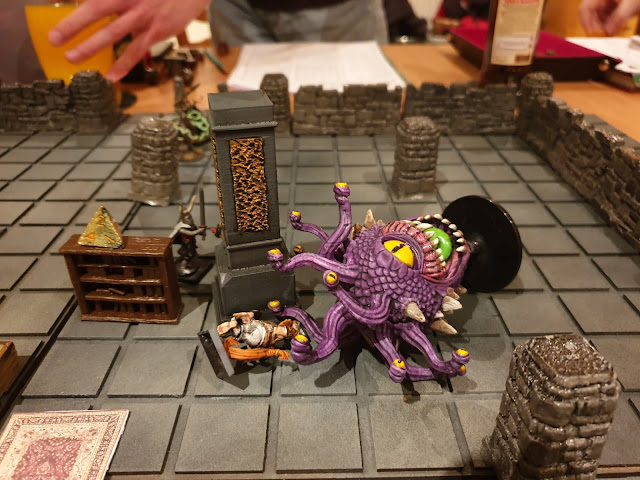 Cheers Lee and truly fun game with a large dose of peril :-)