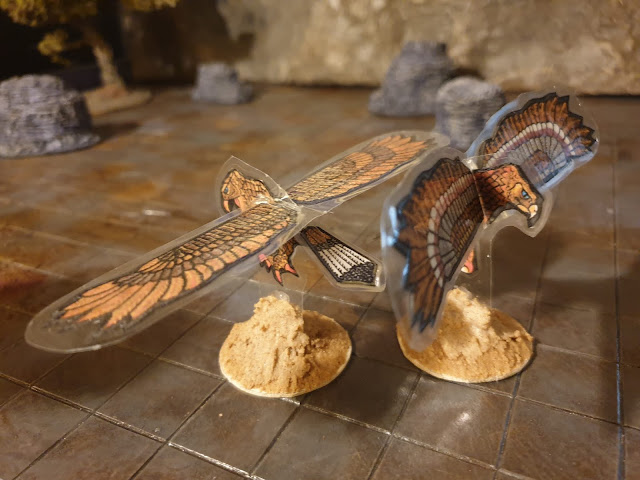 For quite sometime eagles have been a feature of our D&D games. Since Yulmanda the Wood Elf Druid could shapechange into a flying creature and be able to cast Polymorph spell. 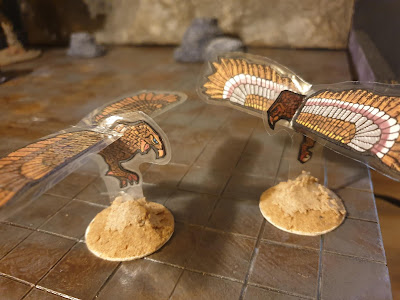 Although I could have dragged my several giant eagles from my KOW Nature army box, I realised I really didn't want too. So I set about making some by hand, based on some paintings I had made derived from the GW eagles of the 90's.
These I made in the same way I had made all the other flats I've created in the last 6 months. 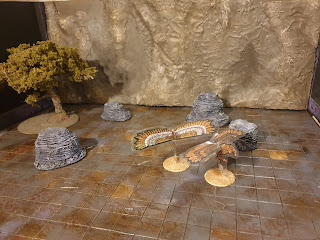 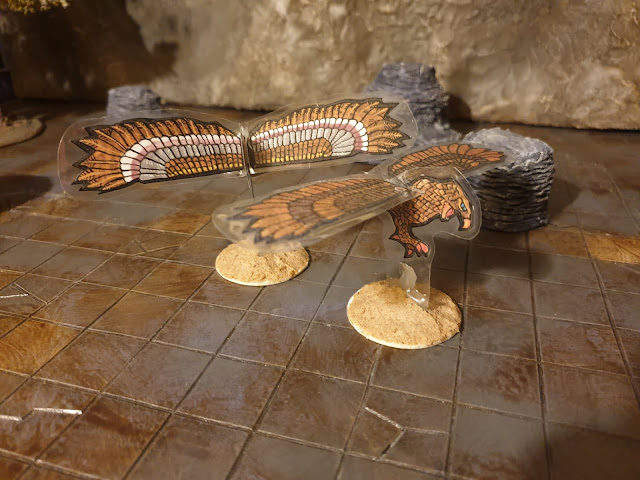 Finally, a cautionary picture to warn people who own cats just what, even the nicest of felines, is capable of. Harry decided to climb up the inside of our loft bed and knocked several boxes to the floor, breaking many models. He is a darling... 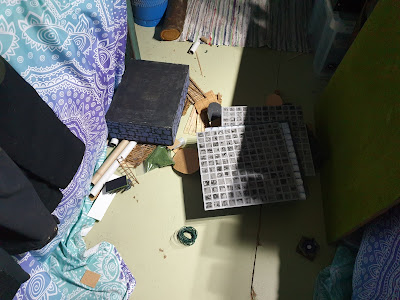