Flats: Wyvern.... but not a Wyvern 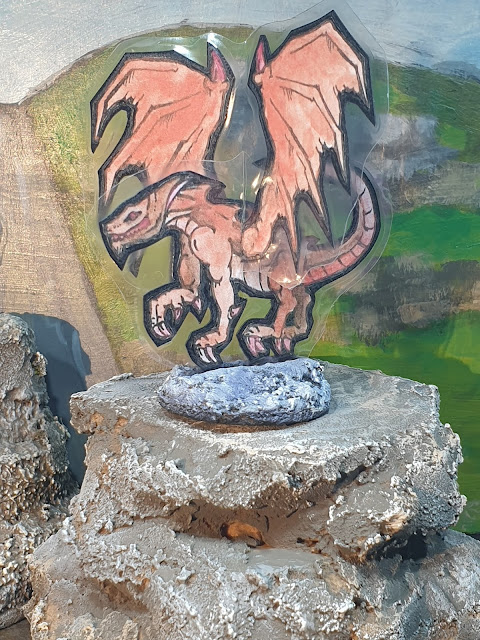 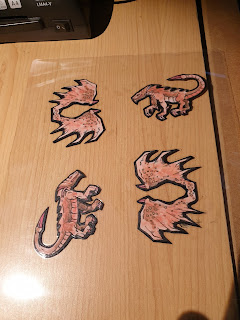 As I approached my last game of D&D I realised that I needed a Wyvern but didn't have a model I could reasonably use to represent one. I decided that I would have a go at drawing something that I could then laminate and use. I did all that except I forgot that Wyverns don't have forearms as they are part of their wings...doh! 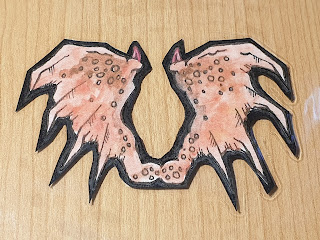 I made two of the flying beasts, each with a set of wings, however I could easily photocopy a new body and leave the wings off. 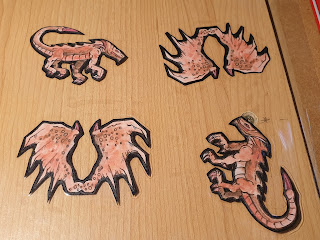 Here are the two I painted (using water colours) alongside a Frostgrave Infantryman. 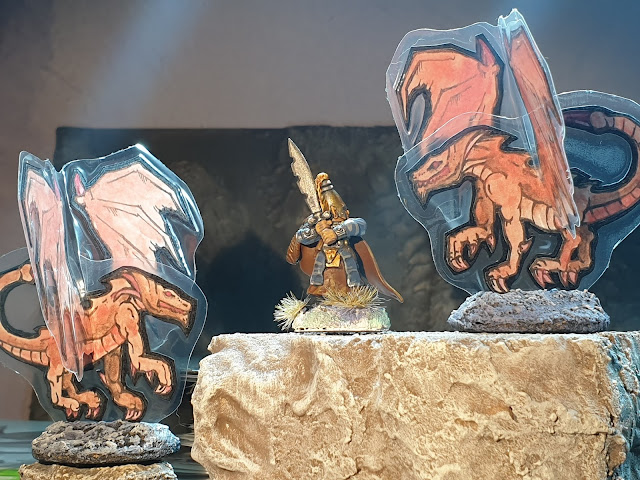 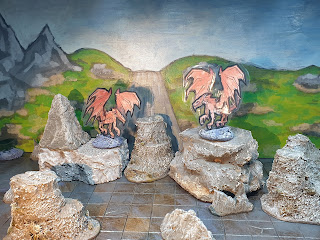 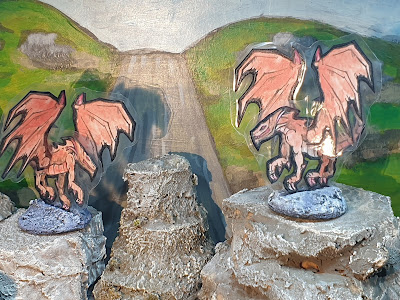 I like them and the players certainly did. I drew these differently in that I only drew the single model, rather than group it together with other designs, which I normally do. I think from now on I will be drawing single monsters this way, it is a lot easier. 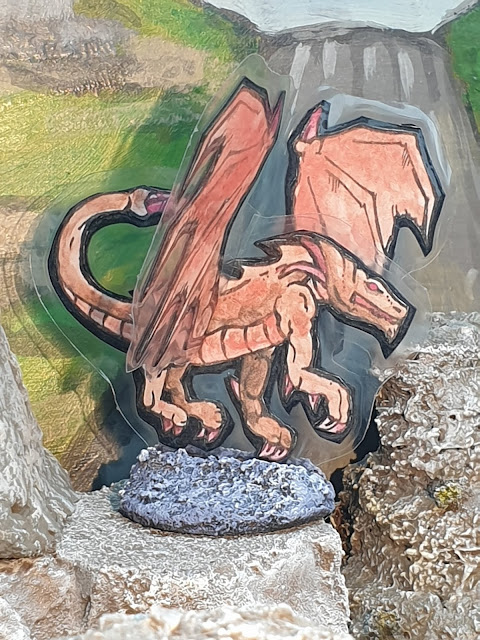