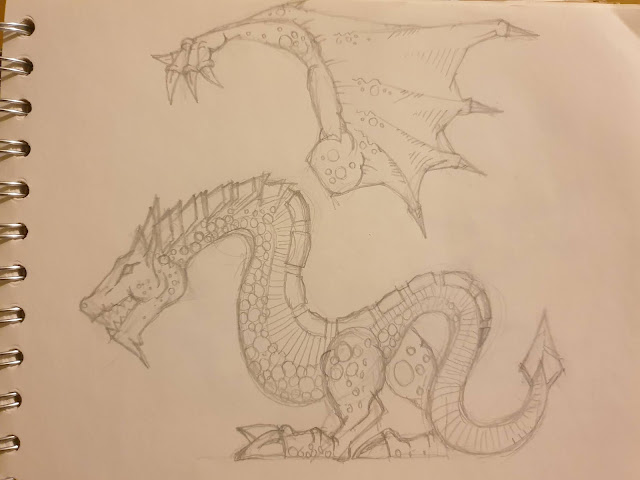 Before the Christmas break I started thinking and sketching some ideas in order to create a flat Northern alliance army for both KOW in 10mm and 30mm.
Here are some of the sketches I've done so far. 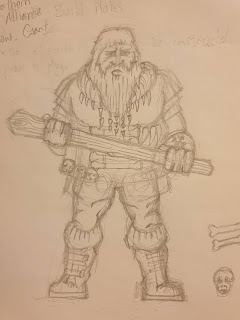 This will be used as a giant, its a lot larger than it looks here. 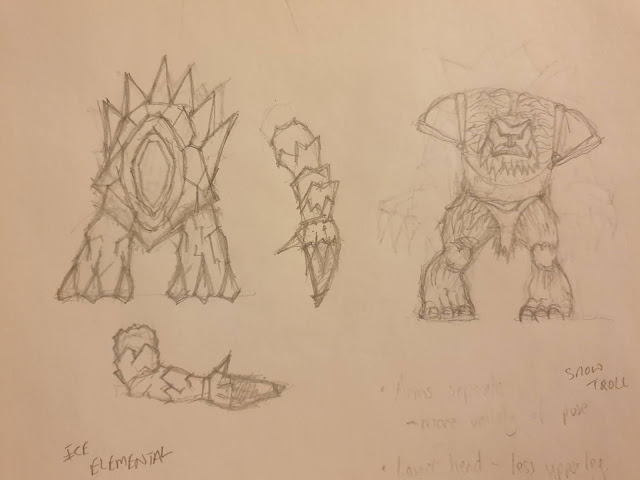 Sketches for both Snow Trolls, more like Yeti and Ice elementals, both are heavily influenced by the Mantic models, since photographing this I have completed the Yeti's arms. 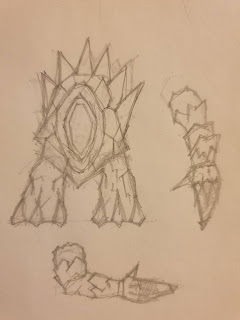 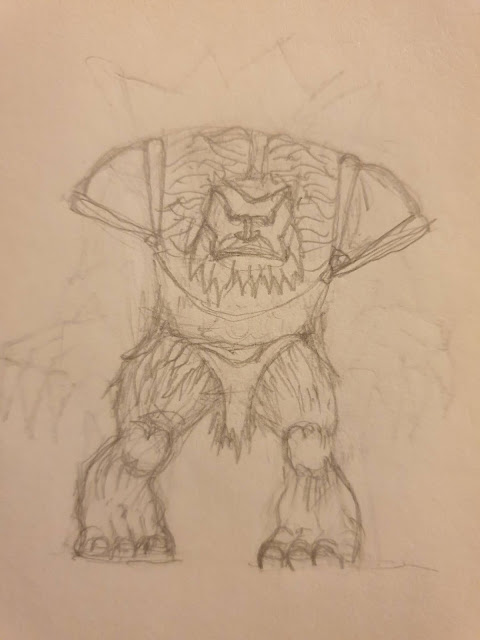 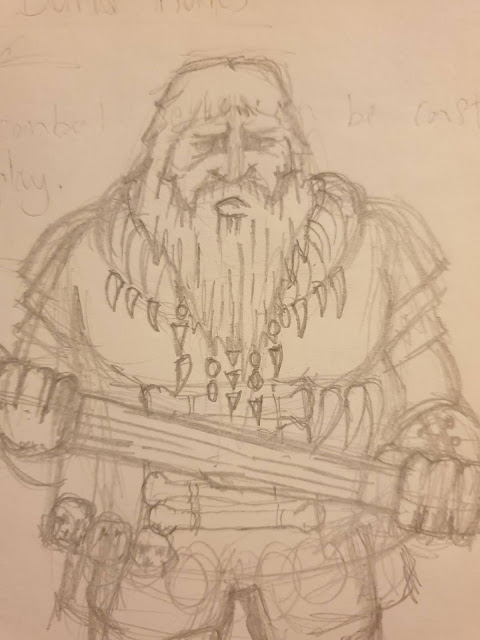 Thought I would use the Dragon as a beast type thing which I could also use in D&D. 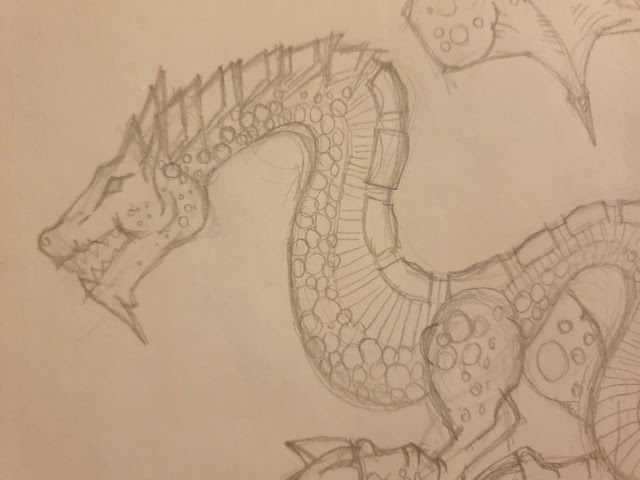 Inking next and then the reverse side to create the finished flat.
While I haven't been posting much recently I have been doing loads of stuff, from playing D&D to working plenty over the Christmas period at Geek Gaming. So despite Covid being the way it is, lots going on, I will be posting again soon some other developments I've been working on.
Happy New Year to you all and hope you are well and safe.
Darryl
Posted by Darryl Hunt at 03:42