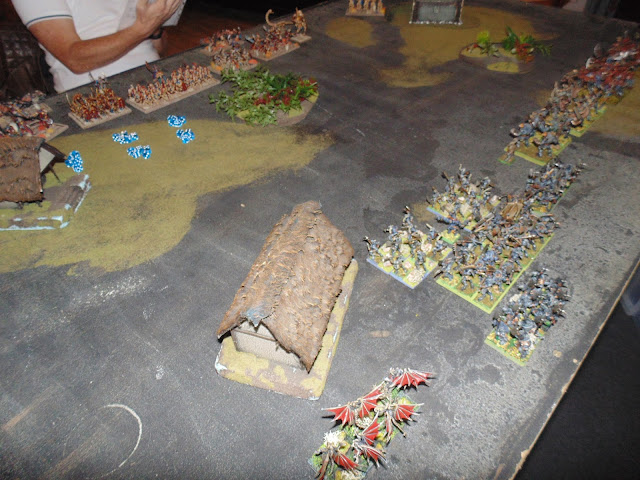 Got to play Steve the Magnificent last week at the WWarriors, which was smashing as Steve's job is getting in the way of his gaming, which is a shame. 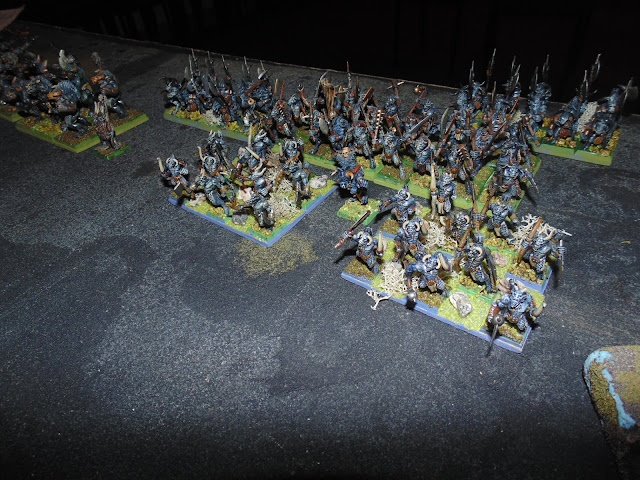 We played a pitched battle, Herd V Empire of Dust. 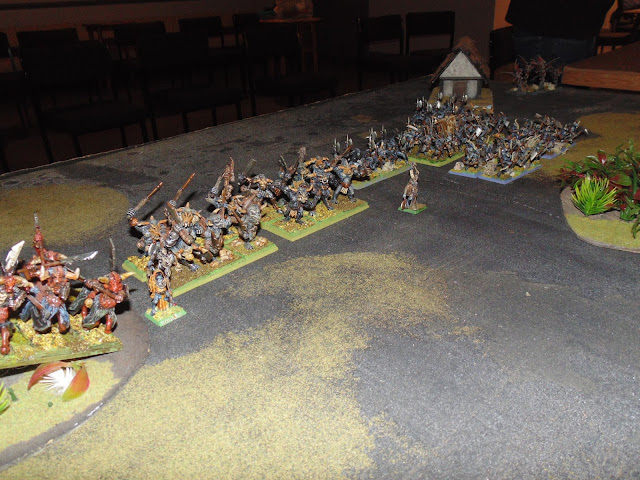 I am trying out having 2 regiments of Longmane centaurs and 2 hordes of minotaurs, supportedf by the longhorns and spirit walkers.

Steve had a Horde of archers, bone giant, horde of guardians and another of guardian archers, very nasty! A regiment of revenants and various character models to help him surge and heal units. A scavenger unit and a scorpion husk. 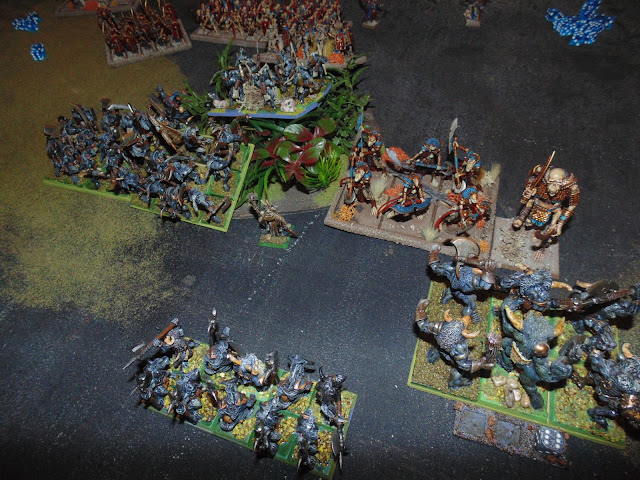 Only a few pictures, but great fun was had and the outcome was a draw. 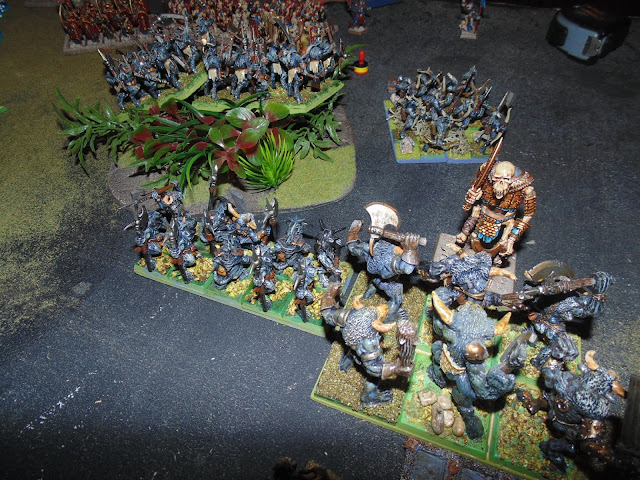 My newly based Minotaurs, will post some more pictures later. 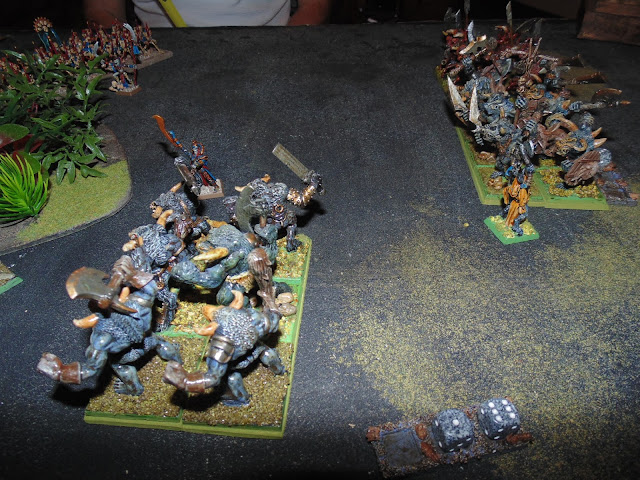 My Shamen did a good job of healling the minotaurs and the centaurs. 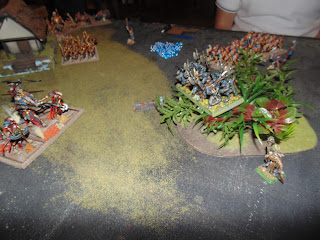 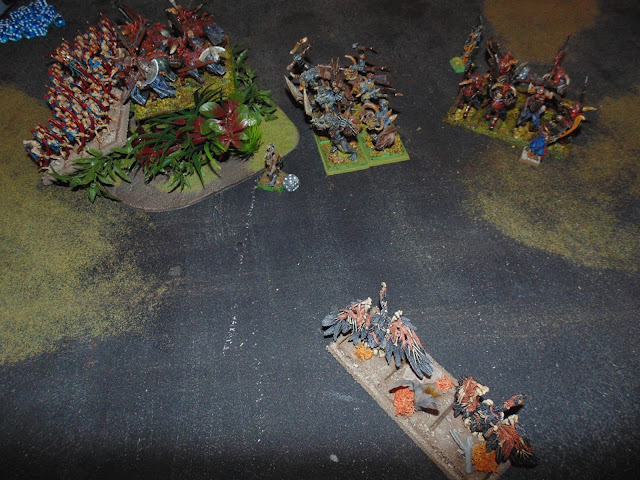 Thought I had them on the ropes here but Steve's army fought bravely back. 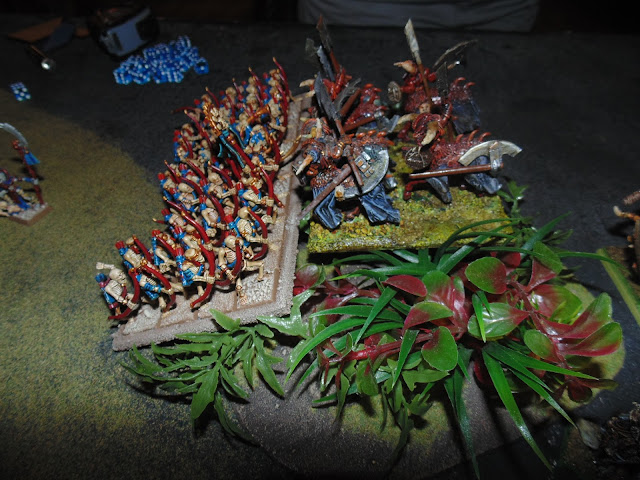 Combat in the woods.Thought the Longmanes might have done more damage, but really they needed support. 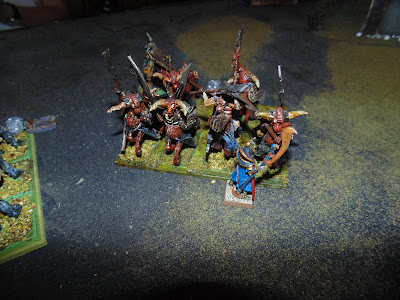 The Longmanes failing to kill a priest. 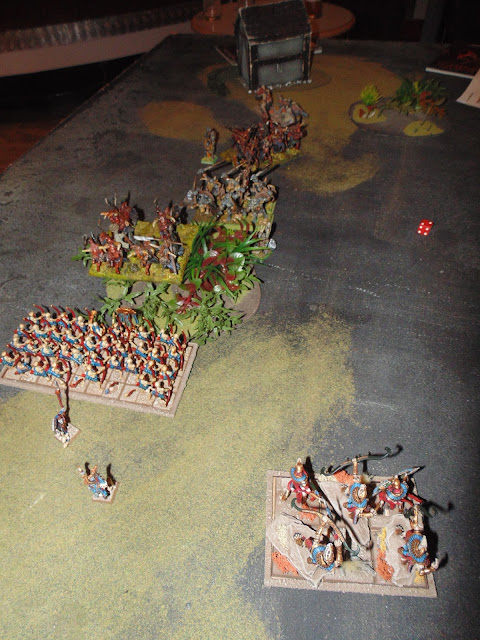 The final scene, very good game and plenty of laughs, very happy with the result.
A draw :-) which was lucky against Steve, he wasn't match tight to be honest, not played in a good while.