Having created nearly 3 hordes of trolls for my Goblin army, I thought it might be a good idea to have a Troll Bruiser to lend them some leadership. 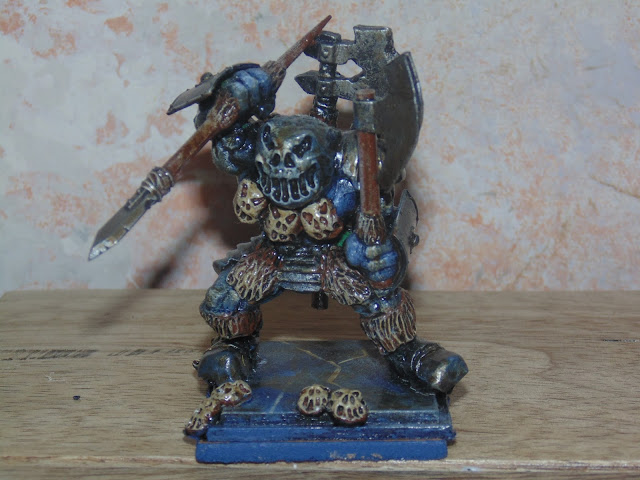 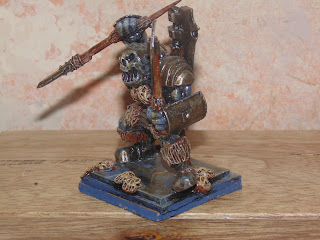 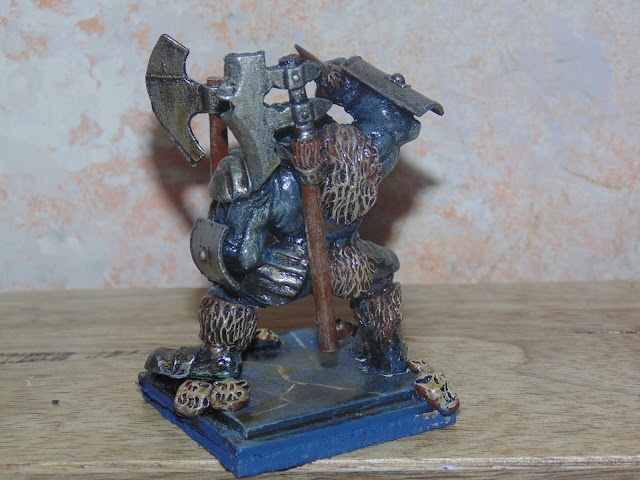 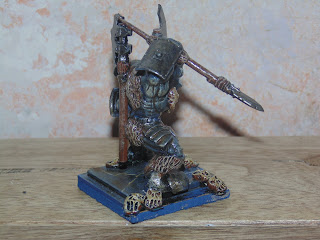 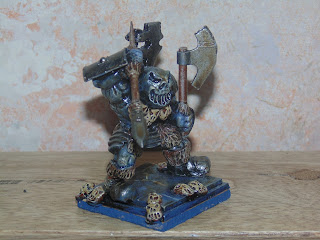 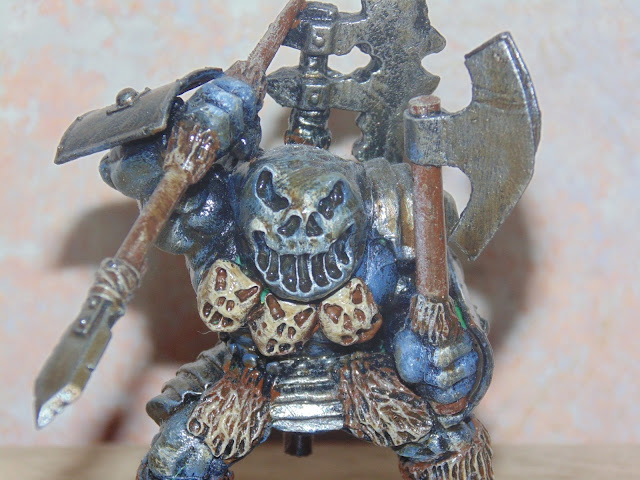 I had created a unit filler for my orcs a long time ago and it had lanquished in a box in the attic for quite a while, so I decided it would make sense to use the troll miniature as a bruiser.

He didn't start off as a troll or an ogre, the basic miniature is a midgit wrestler than belonged to my son when he was 10 ish. Over the top I added weapons, some home made and a new face, skulls and furs from GS.
Posted by Darryl Hunt at 01:13