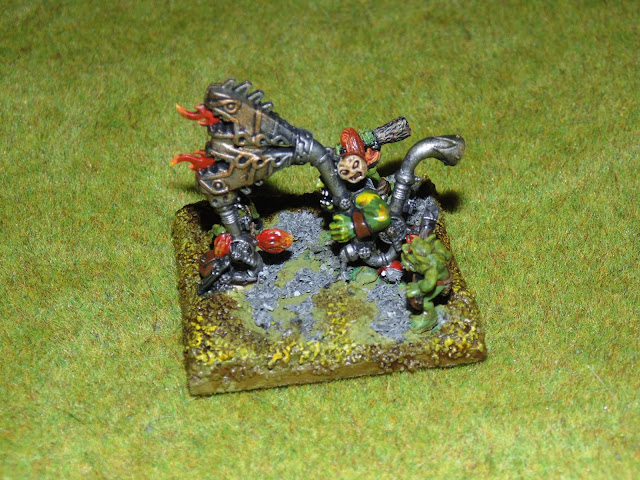 Constructed this War Trombone for my Goblin army out of found bits from my bits box. Its a conglomeration of parts from snotlings, goblins and dwarven hornblower parts to create the Trombone. 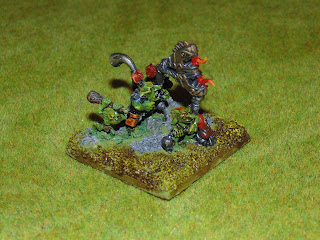 I added some GS to get rid of some of the more Dwarf runey bits and mounted it on a 50 mm hardboard base. 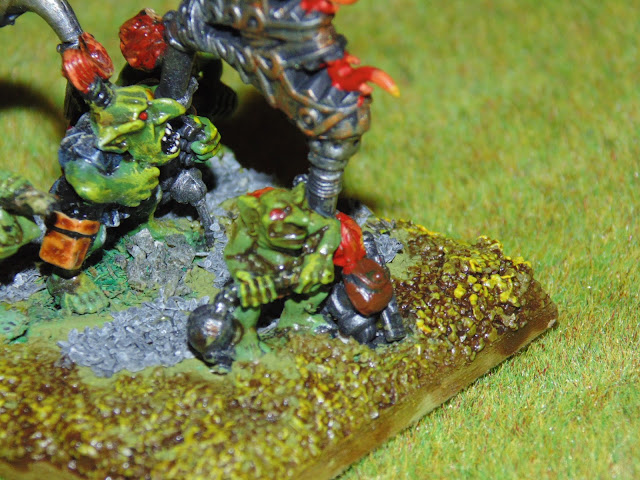 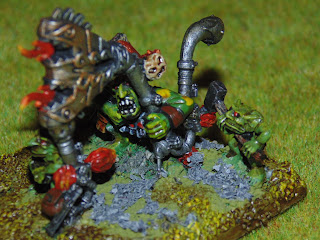 I built it for the Beers of War tournament last week but it will see another outing tonight at the Wakefield Warriors Games club. 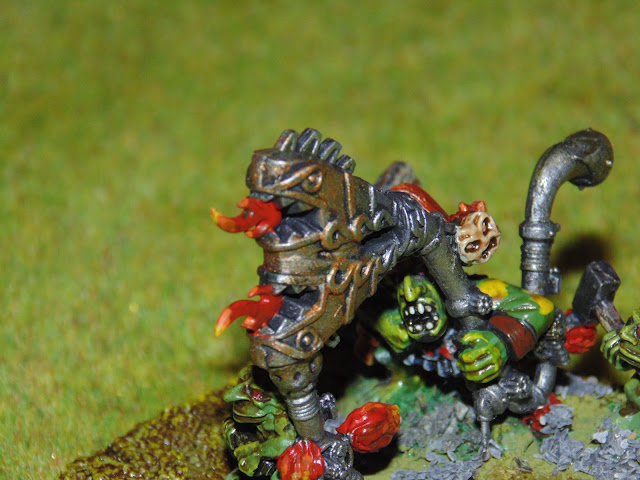 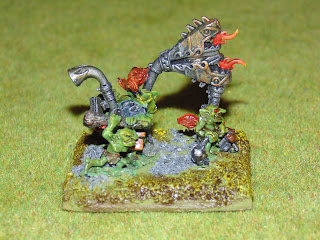 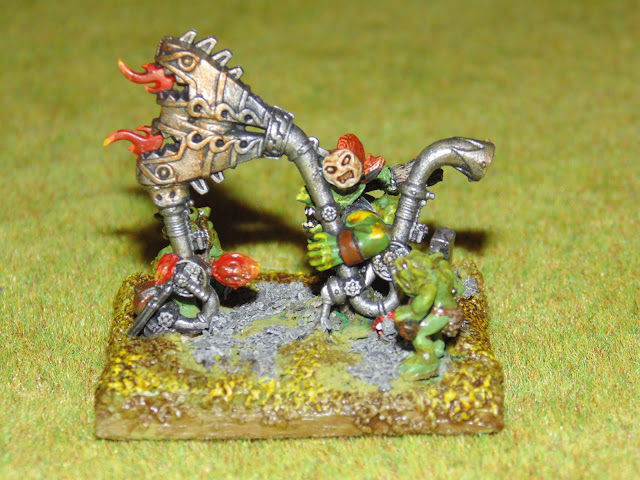 Email ThisBlogThis!Share to TwitterShare to FacebookShare to Pinterest
Labels: Kings of War, Machines