Although I have not been posting pictures of this particular tower, as it developed, it has been ongoing on a slow burn for the last few weeks and is similar to one I made earlier this year. I didn't think anyone would want to see all the before and after shots again.

This tower is a bit larger than the last, but only just. 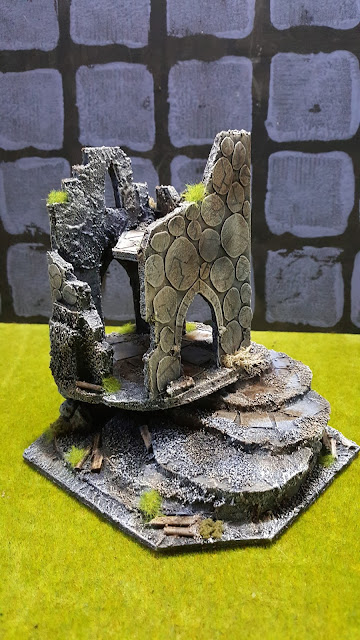 I have never made castles or walls or towers with more irregular stone work, but I wanted to try something new. Not totaly convinced that I will use these shapes ever again, just doesn't work for me. 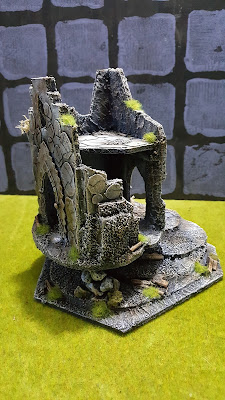 Usually I paint all the details, like cracks, but on these stones I took leaf out of Lukes APS and used a Sharpie on them. It was a lot easier, but didn't get the thin lines I really needed, but from a distance seems OK. 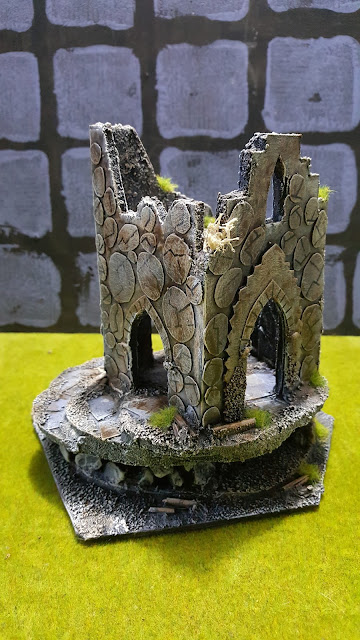 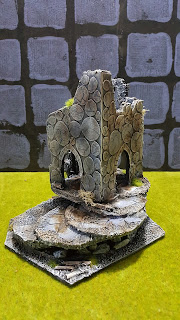 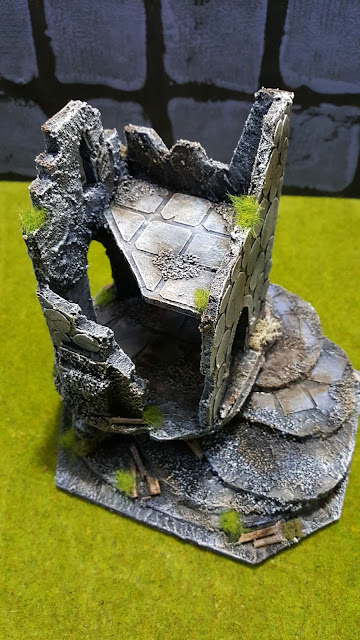 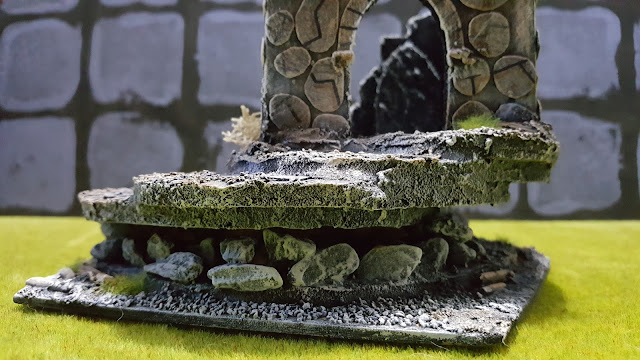 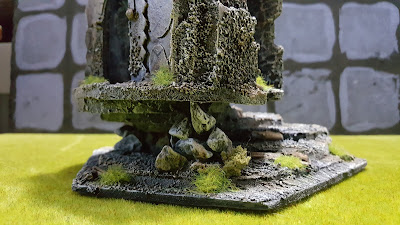 Some close ups, I used quite a few stones I had been hoarding to build the underneath up with.

Not very happy with the background, will have to get something better than the old board I used. But these picture were taken in a much lighter location so think it will work much better when I get the back drop sorted.