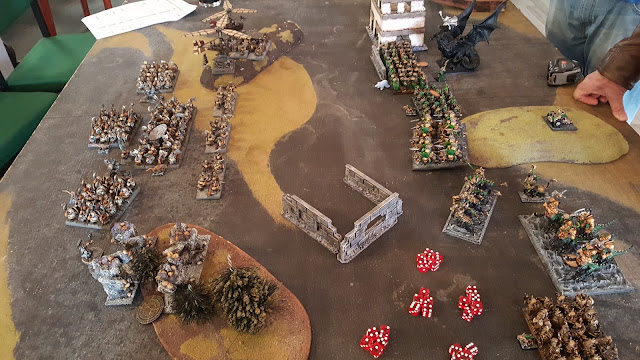 After playing for so long with the Herd I wanted to revisit my Dwarf army and build one with a difference, namely a go get 'em force. As you will see the wisdom of Steve shone through and made me think again.

We played the Eliminate scenario from Clash of Kings supplement. 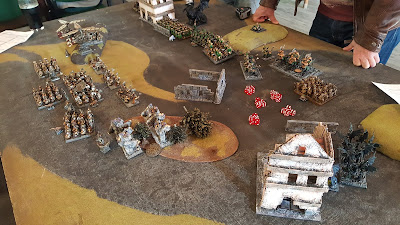 Turn one and the Dwarfs stumble forward on their stuntie legs. 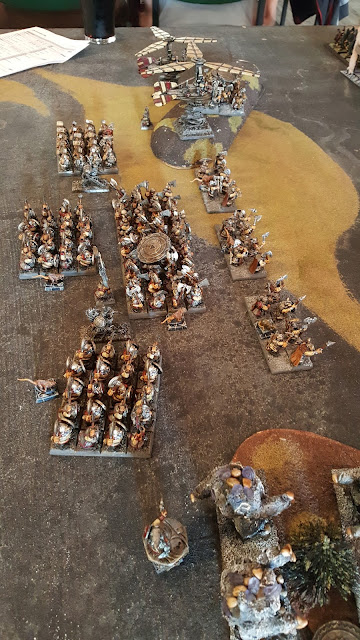 The Gyrocopters represent Flame Belchers by the way and the rats should be Mastiffs. 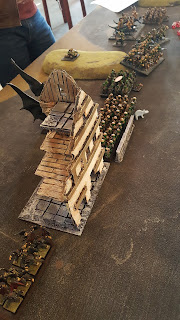 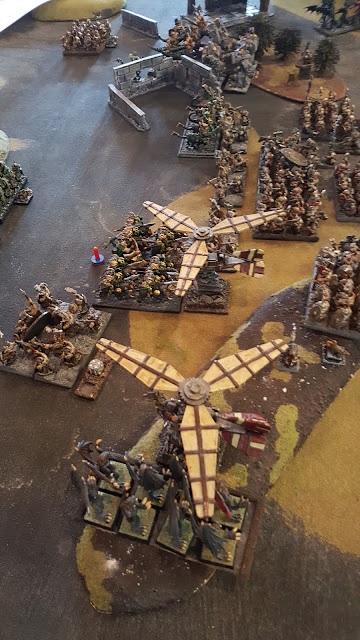 He managed to take out one Flame Belcher, and some Ironclad infantry. 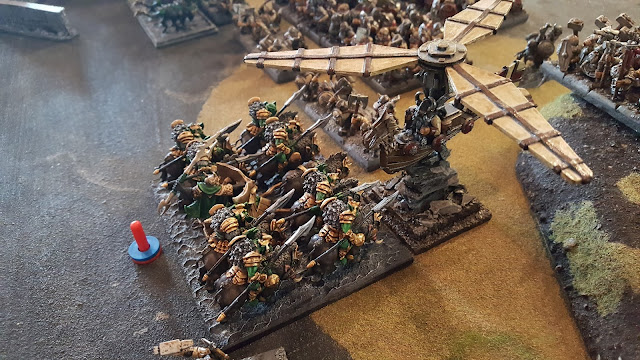 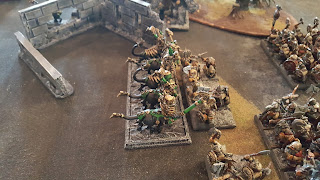 While his Grotesques, who are nasty, attacked my Earth Elementals in the wood. 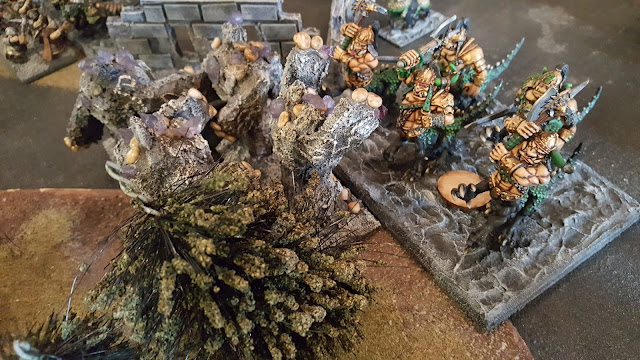 However that allowed me to counter in the next turn and I managed to rid myself of the Gore rider slaves and the centaurs. 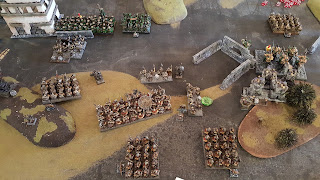 Steve had more maneuverable troops, specifically 2 troops of Gargoyles and his general on a huge dragon- the all black miniature. 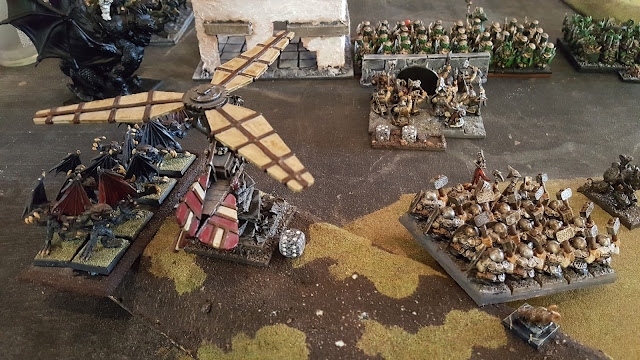 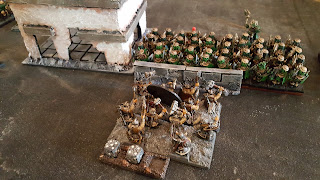 Any moment the unluckiest part of the game for me, the Drillers had 22 attacks hitting on 4+, crushing Str 1 and I managed .......3 wounds, pathetic. 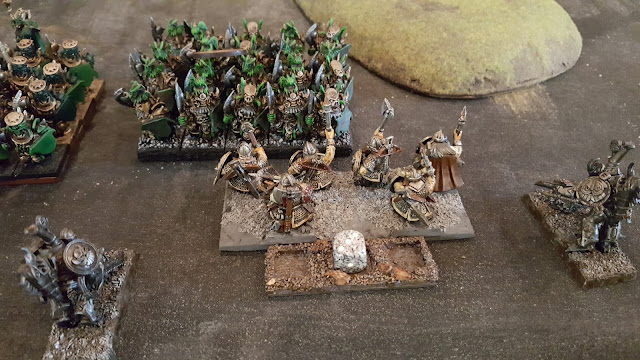 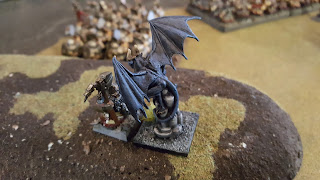 Above Steves special character whose name escapes me attacked my Warsmith while the Ironguard below were mugged by Grotesques and Gargoyles,  nicely played Steve. 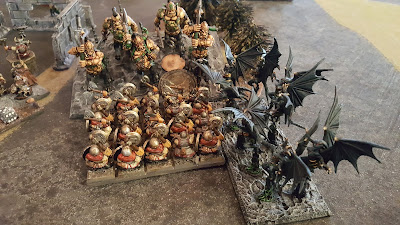 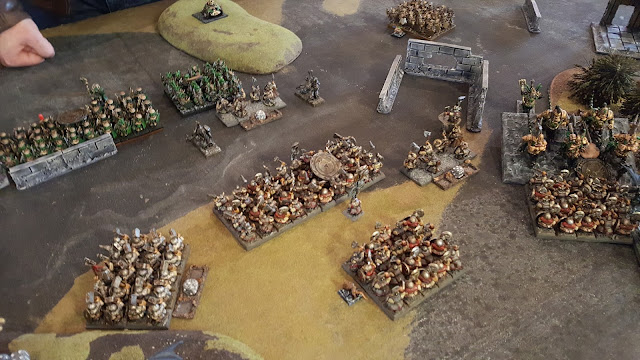 In the last 2 turns which went too fast for me to photograph it seems, Steve brought the game to an end, although at the cost of his Grotesques and Immortals, but the combination of flank and rear charges supported by characters and flyers saw the end of my horde and another regiment of Ironguard and that was the end of the game, Steve's troops had gathered 6 tokens, I believe, to my 2 and so won easily. 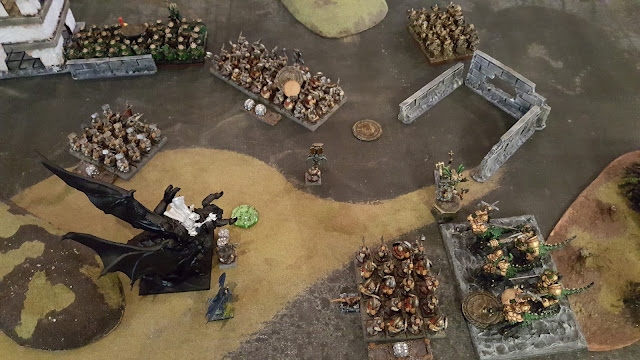