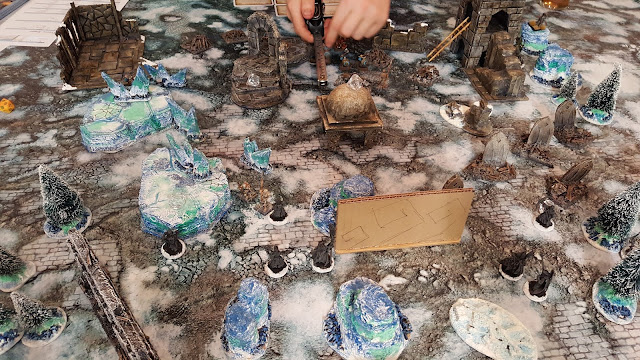 This was the first of the three recent games Lee and I have played of Frostgrave, running through the basic scenarios, but I hadn't posted it as I believed the pics had been deleted, but here they are. 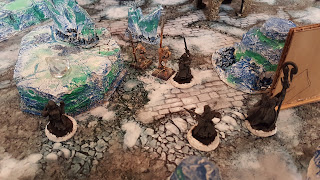 We played the Mausoleum scenario slightly differently, we had 4 skeletons emerging from the Mausoleum each turn as opposed to 1, more fun. 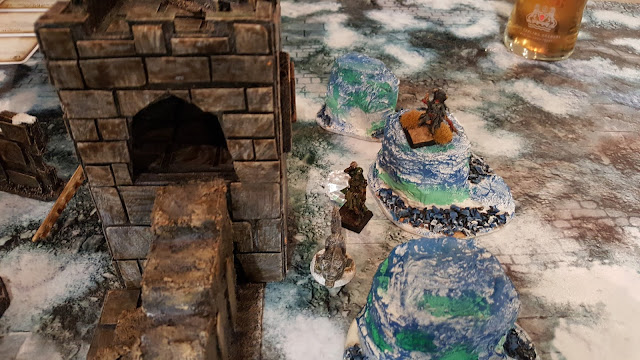 I had decided to create my gang in a rather unusual way: completely randomly. So I started by rolling a D10 and getting a 2, Elementalist, then a D8 three times and got, Wall, Elemental Hammer and Scattershot, anyway you  get the idea. Will post my gang at the end of the post. 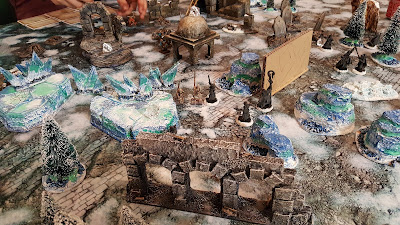 I am in the middle of building my own Wall sections for my spell, at time they were rather basic, while the gang itself was a new group, converted from GW High Elf old plastic bodies with Wood Elf heads, cloaks and weapons plus a few Dwarf weapons too. Finished off with some GS to remove some of the armour. 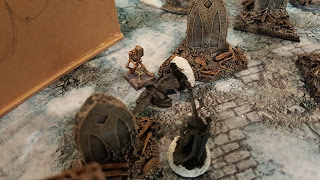 Won't be doing a turn by turn description, just a few comments and some background.
Unbelievably, my Infantryman downed by a lucky strike from a Skeleton, aaawww! 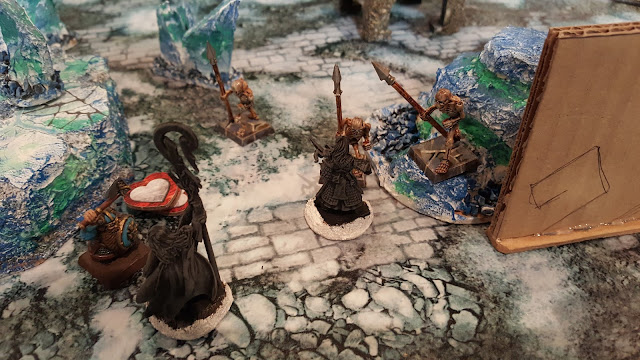 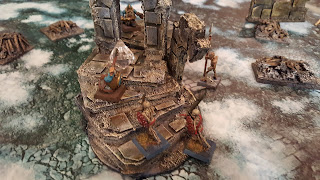 Lee's apprentice under pressure from a skeleton, not. 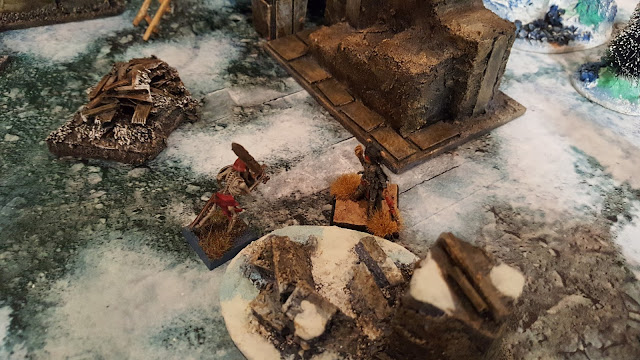 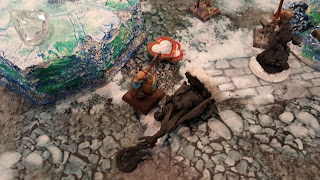 Stamon being taken out by a Dwarf thug, oh the shame. 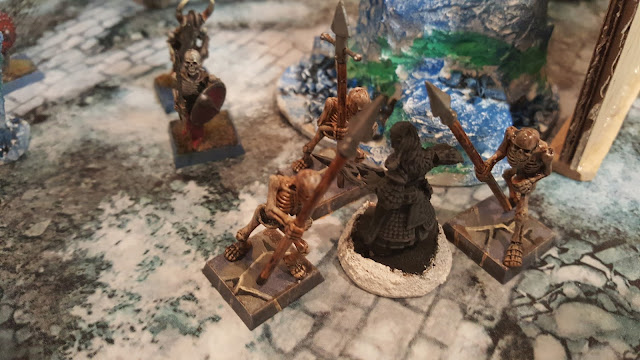 My bealegured crossbowman surrounded by Skeletons, pretty much saved by a very timely Scattershot spell killing most of them. 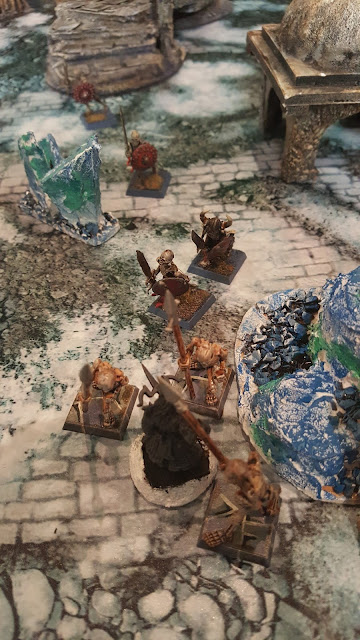 The last Dwarf scuttling off with the final treasure. Lee's Warband managed to pick up three of the five treasures, I got one and one was left at the end of the game 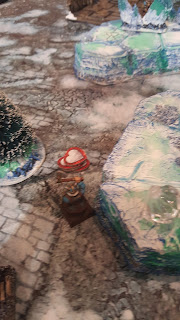 This is how it stood at the end of the first game, originally I had rolled  2 Crossbowman, but one died and was replaced with a thug. I decided not to ever randomly create a gang again as it gives some odd results.  Embed Enchantment is not even vaguely useful at the moment, but you never know.