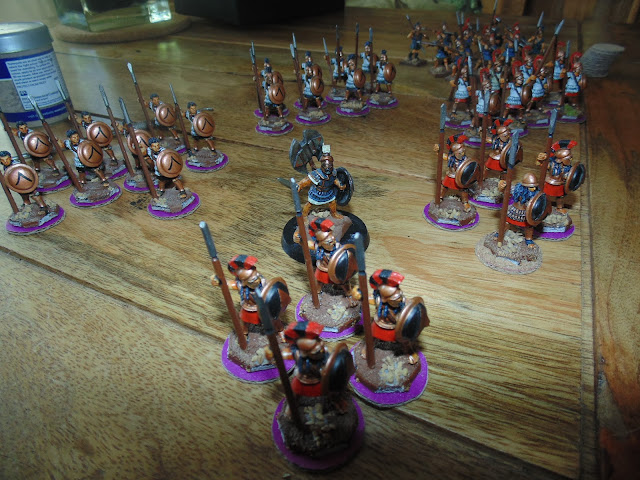 I am in the middle of making my old Foundry Greeks into a viable saga force. The Greeks have been a great love of mine ever since I was a kid and before these miniatures probably existed. My first Greek models were the old plastic figures that are about to appear on first class stamps here in the UK.
But I digress, these are being Saga'd because my friend Mick has shown an interest in playing Saga and in an attempt to further this I need a second army.

I will still make the Irish, but not for a while, these Greeks were easier to bring together, because they are mainly painted, so just a bit of re-basing and finishing off and they will be done. They have also not cost a thing.

I do realise that having Greeks fighting Vikings is a bit forced but there you go, sure worse has been done. 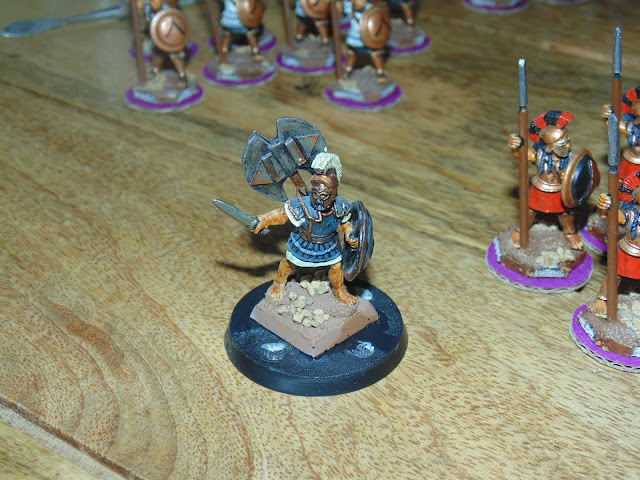 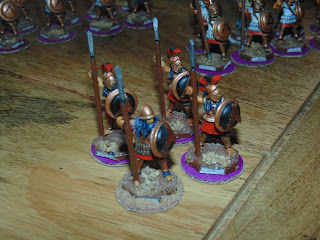 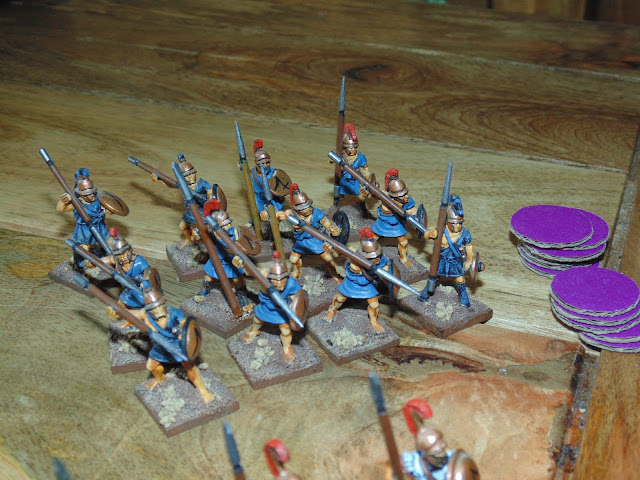 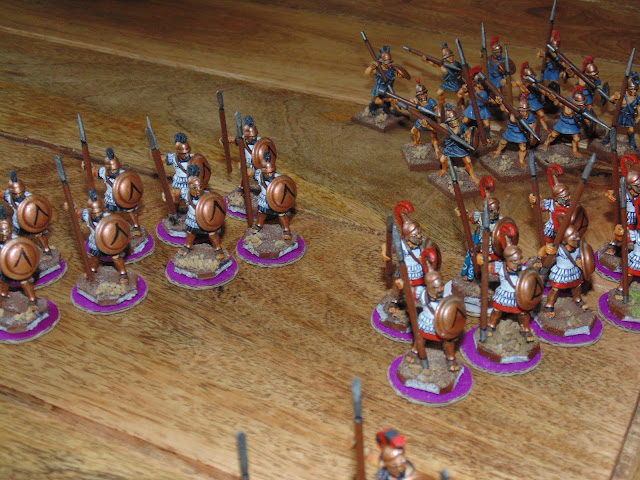 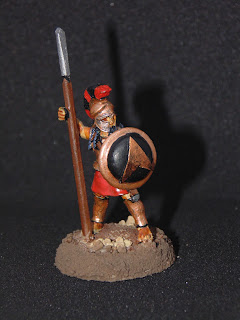 First completed test Spartan/Strategoi, a test model to see if the base looks OK. Can't see the cat food card base at all now :-)

Will post a copy of the Battleboard I will be using when I'm further into the project, it was posted on the Tomahawk forum page.