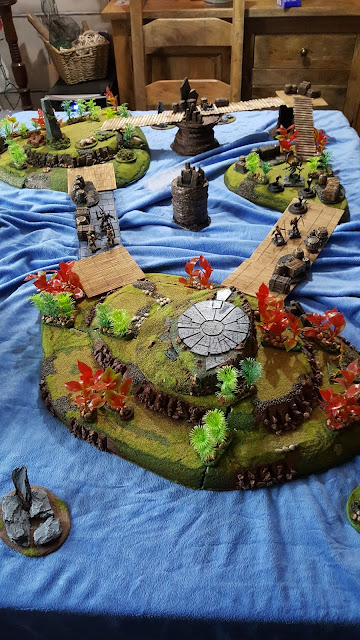 Thought I would post another way to set up for Ghost Archipelago, but this time with small islands dotted about the seascape.

I really like the idea of playing the games more like this, where the crew either have to swim or wade between islands or row on smaller vessels. I believe there are rules for such actions in the game. 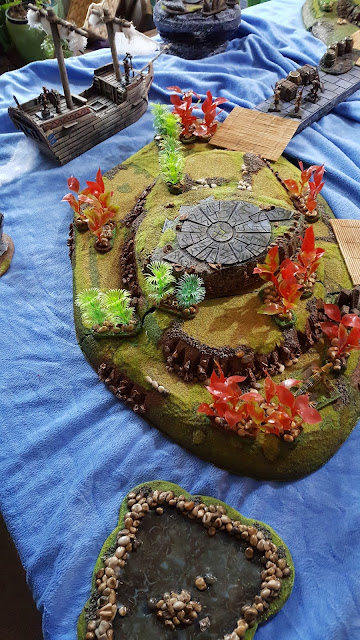 Some of the islands could be joined by ramps and walkways as well. I'm really trying very hard to use as much terrain as I already have to create the flavour of the Caribbean....ish. 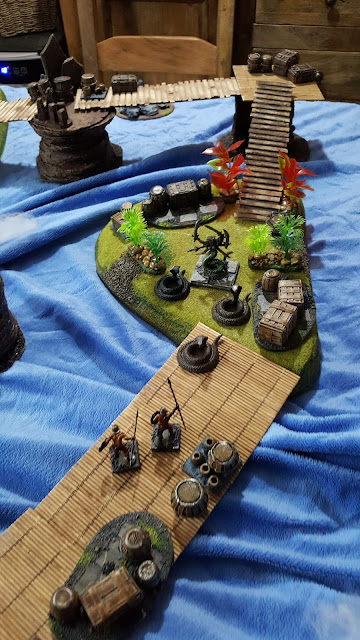 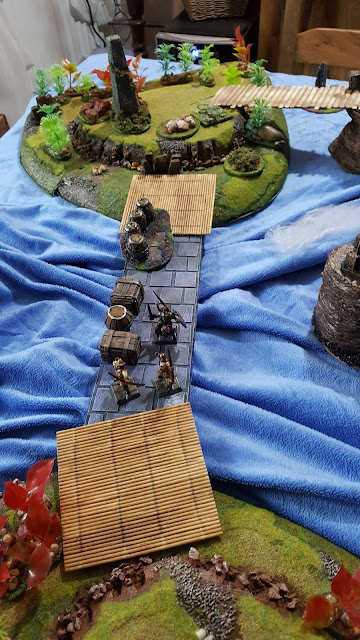 I realised after I took these pictures that I have a whole box of tropical looking bushes in both green and red that I could have used, perhaps next time. 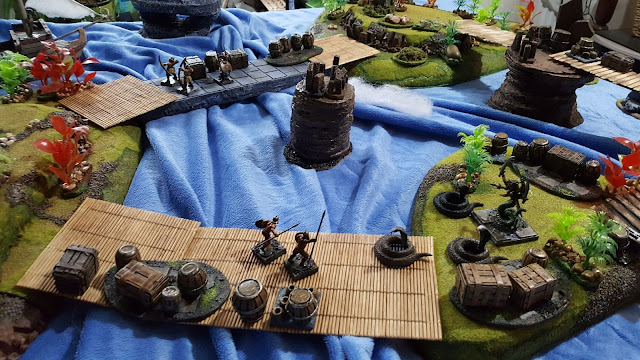