The very first army I played with when I began playing Warhammer, heavens knows how many years it was now, about 27 I believe, was Orcs and I have always loved these savage, chaotic creatures since I read about them in Lord of the Rings as an 11 year old.

So it was an army I have kept putting off pulling together for Kings of War, since the first edition of KOW. I knew there would be some areas that would require alterations and additions to make it work, but at least I would not have to paint great swaithes of greenskins. 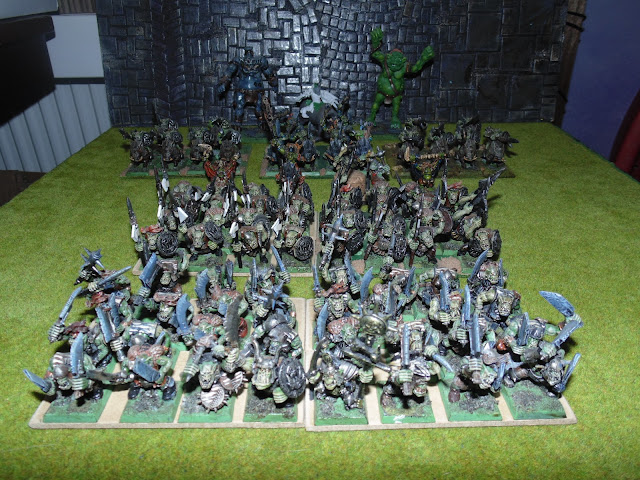 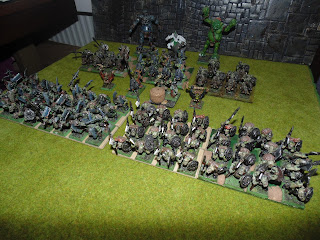 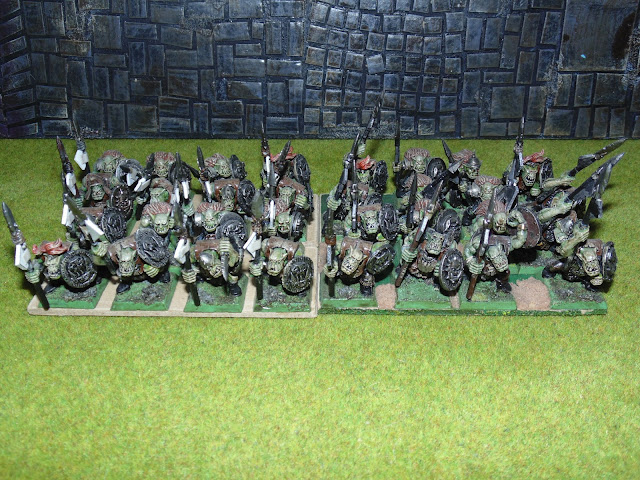 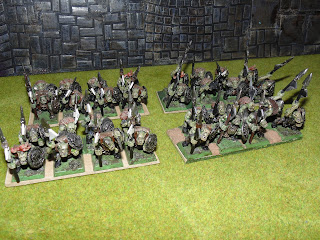 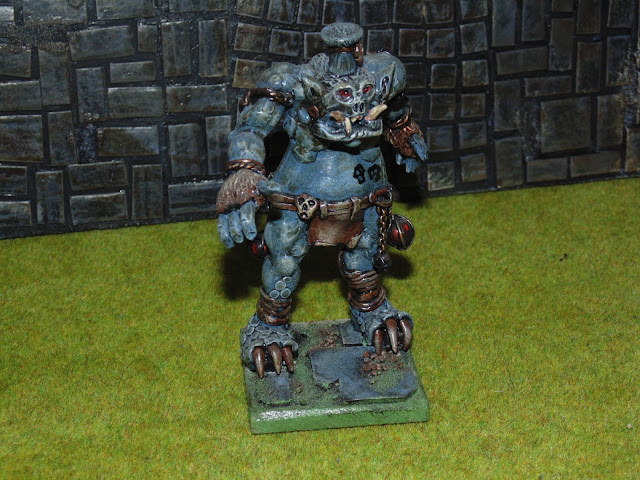 Giant with first Wizard for sense of scale. 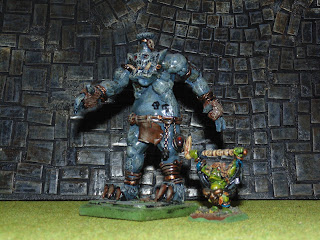 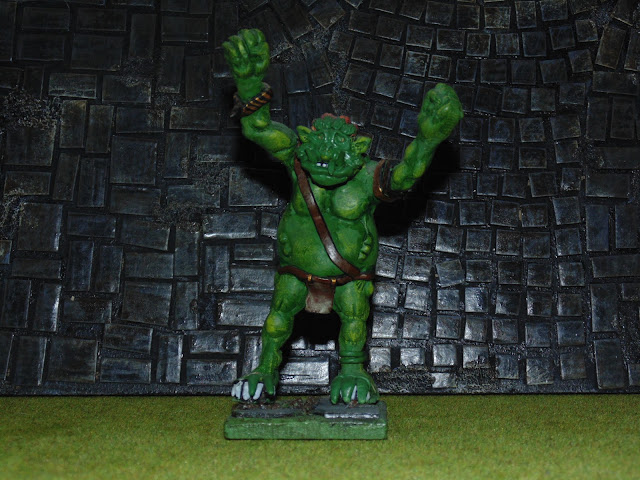 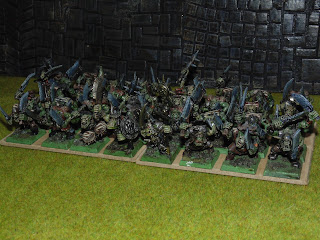 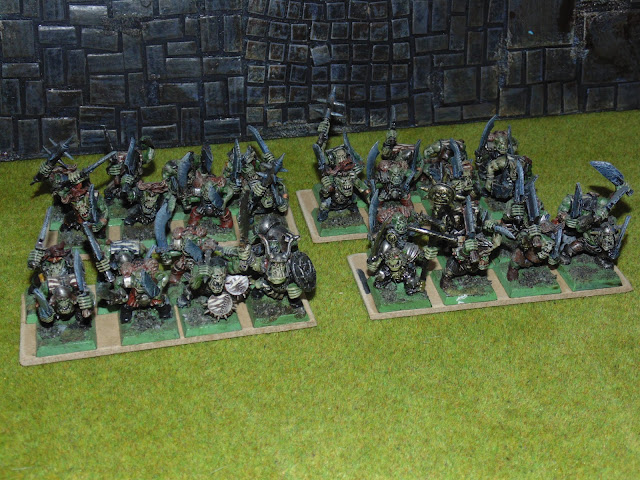 I put these on smaller troop bases so they can be used in different ways and so they are easier to store. 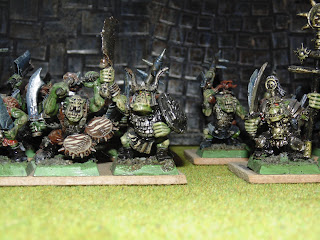 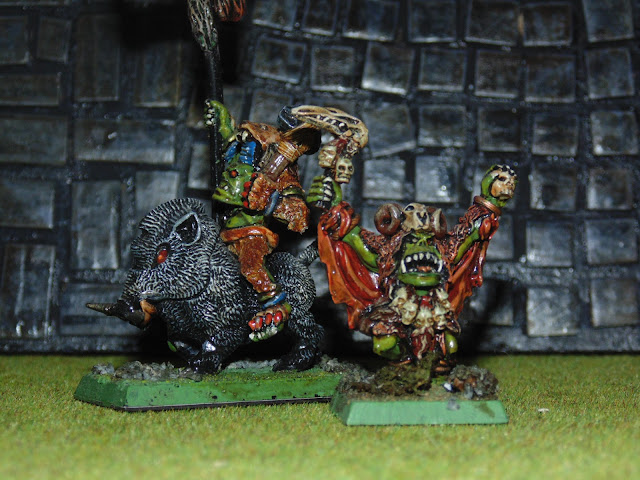 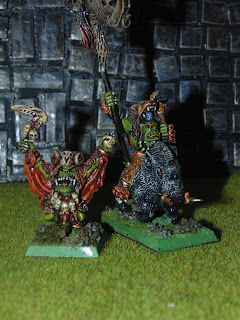 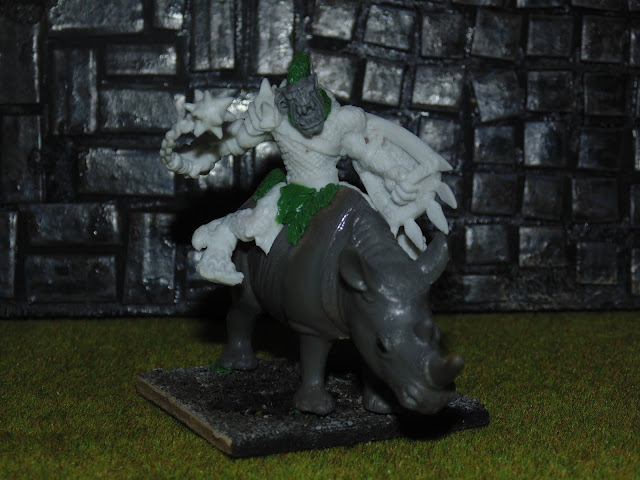 Krudger on Slasher, which needs a lot of work. Toy rhino with a Reaper Gnoll on its back with a GW head attached with GS, long way off :-) 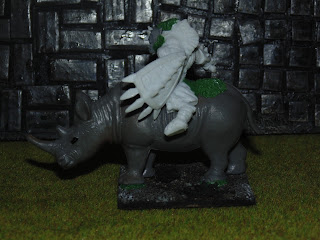 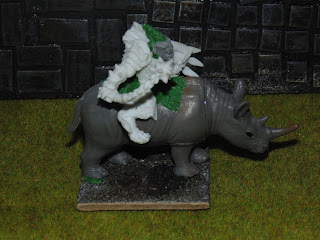 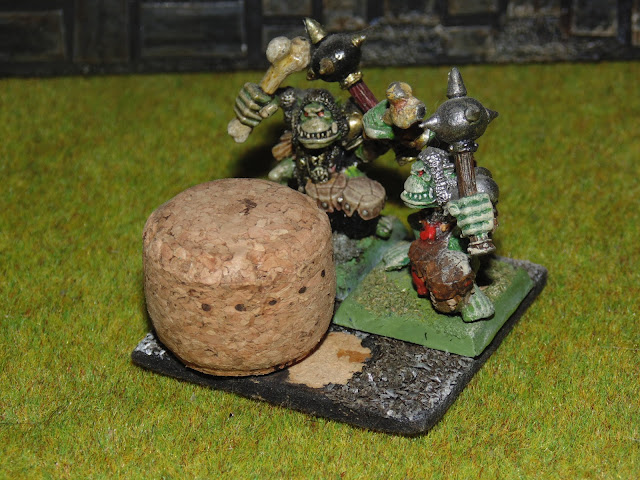 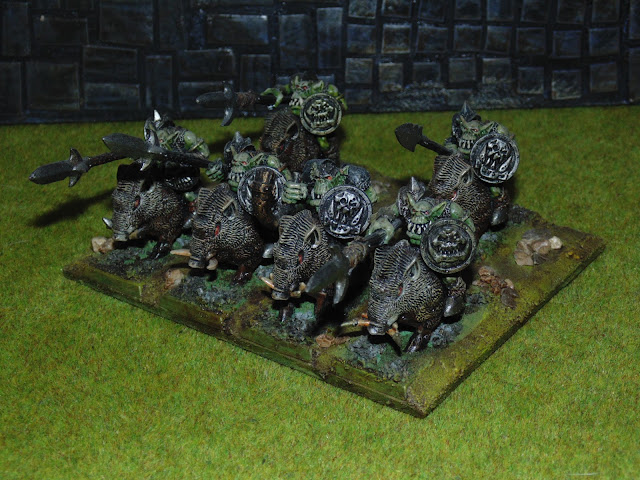 Finished Gore riders, well one is anyway another 2 need work. 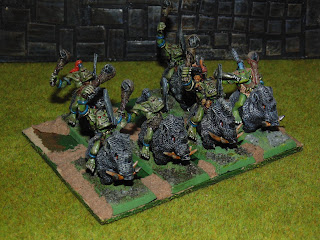 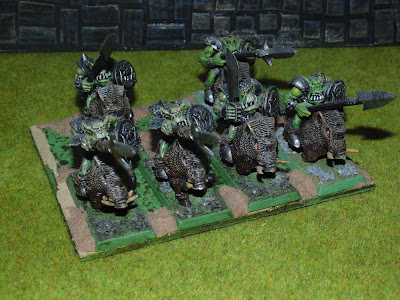 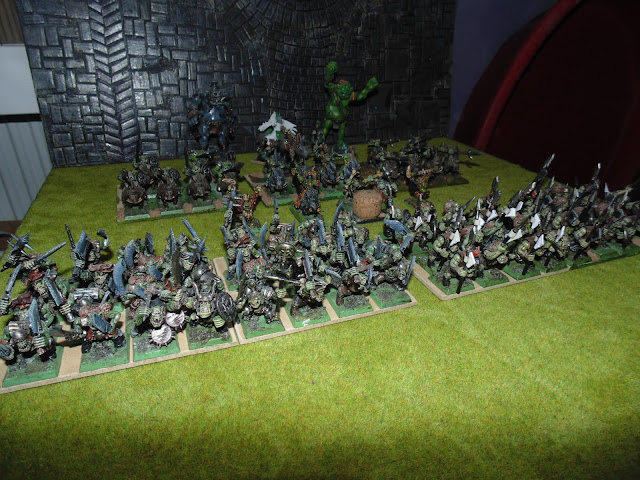 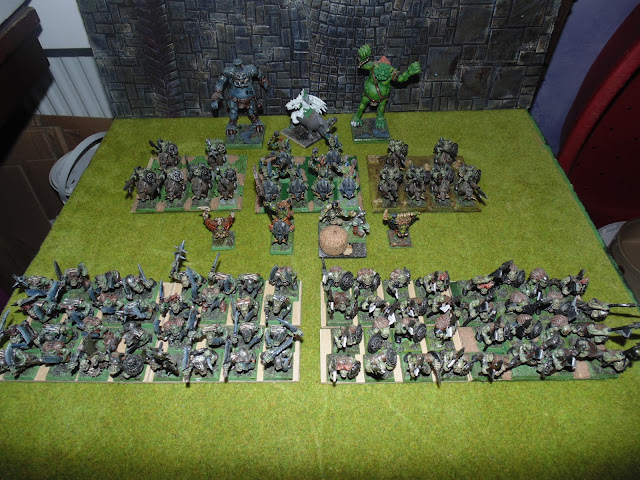 I really need to sort out some sort of backdrop to take pictures against, all the bits of radiators and dog baskets really cheese me off. Will try to have a solution by the time these guys are all ready to be played with.