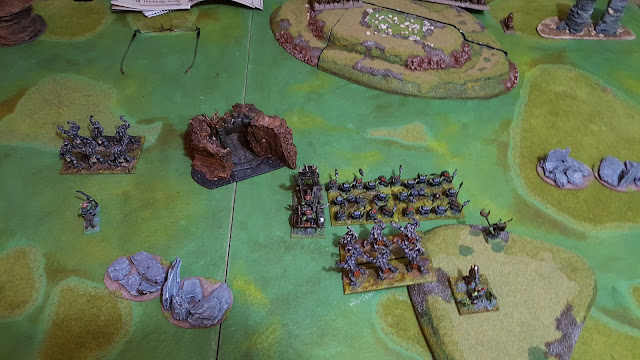 Me and Mick got together last week to play through our lists for the Beers of War 3, Kings of War Doubles tournament, which occurs this coming Saturday. This will not be a blow by blow account, just some of the highlights :-) 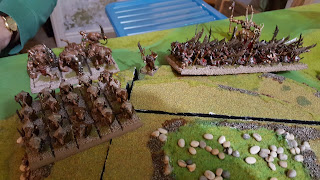 Here come the Ratkin over the hill. 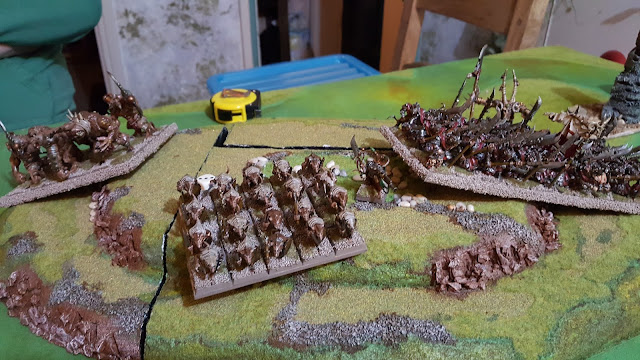 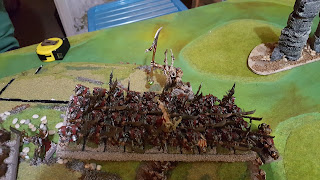 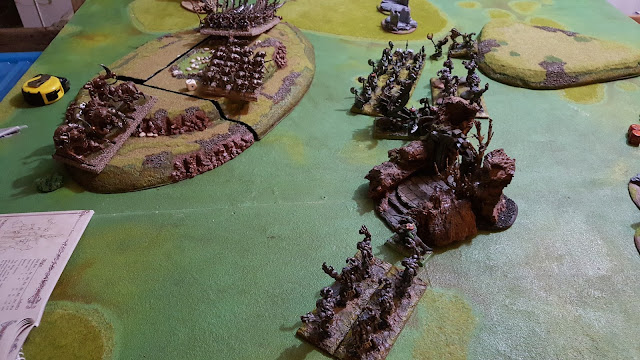 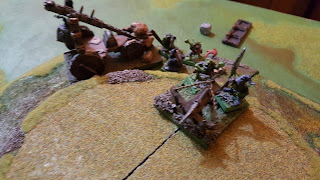 My artillery performed above and beyond. 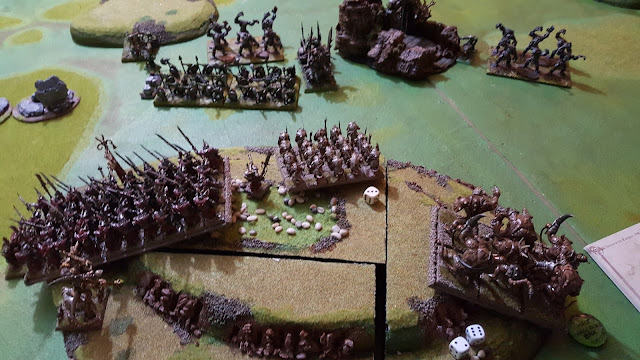 Mick targetted my Horde of Rabble to great effect, they were my first casualty. 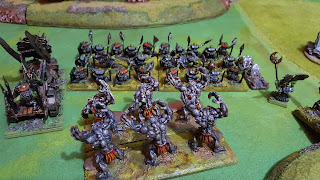 My Trolls whip round the left flank. 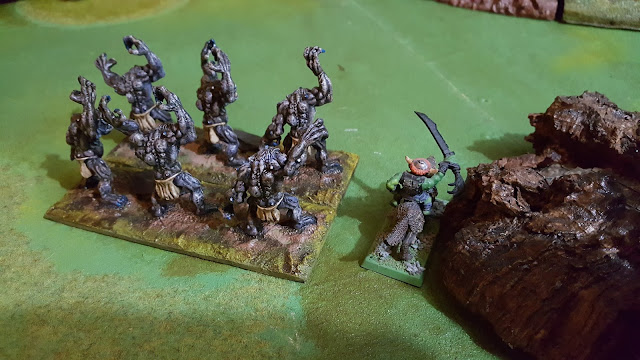 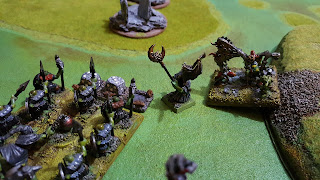 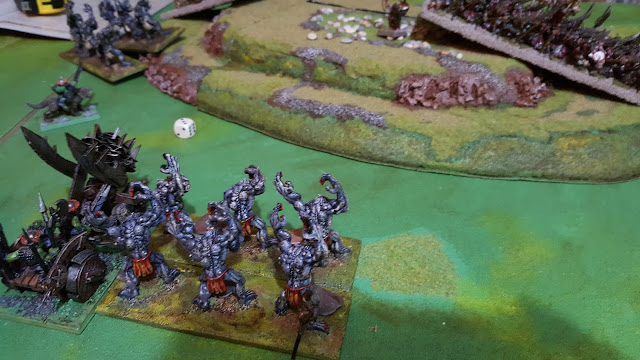 The were a regiment of Tunnel Slaves in front of these Trolls but they were routed. 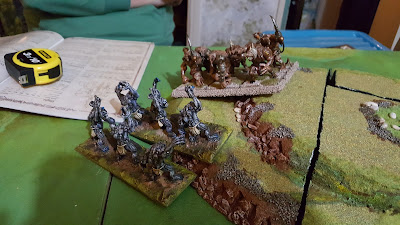 Big stand off between the Trolls and Brutes, poor Trolls! 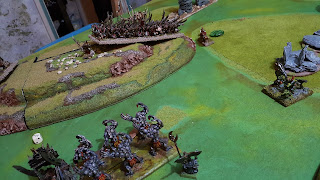 In the centre the other Trolls were about to meet their end. 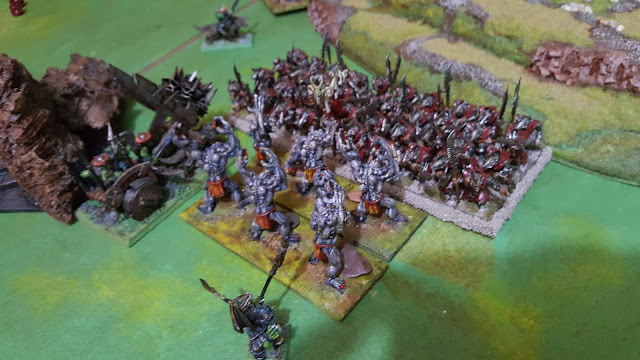 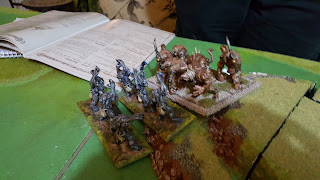 The Trolls keep on battling. 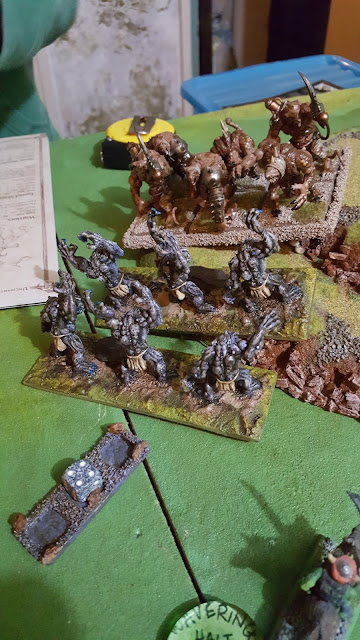 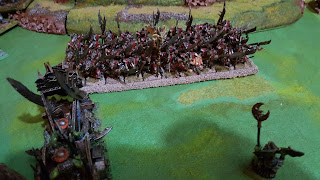 Only the Mincer was left to tackle the Shock Troops. 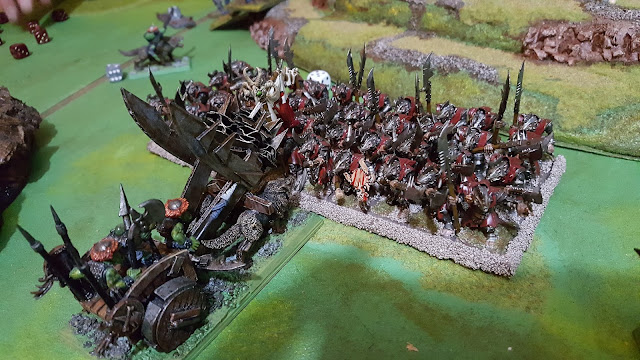 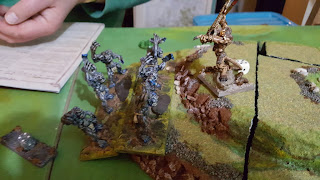 The successful Trolls full of zest get charged by the Demonspawn, oh dear. 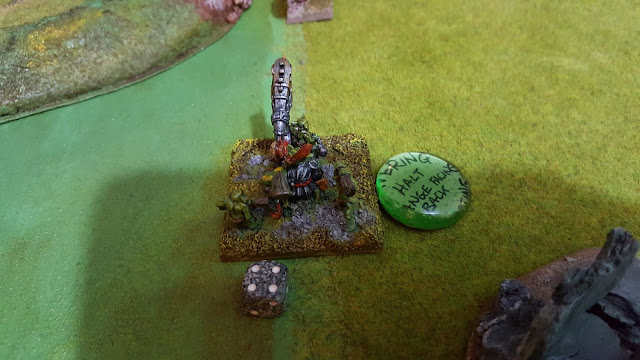 In the final moments the Demonspawn routed the Trolls and the Shock Troops were scattered by the the combined shooting and magic of the goblins. 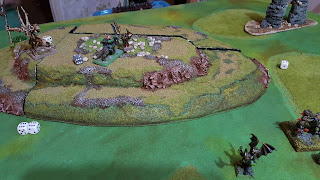 The outcome being a valiant draw, we were both very happy about the end result and are looking forward to the tournament on Saturday. There are some big hitters there, like the world champ Dan King, so Mick and I are there to have fun.

Email ThisBlogThis!Share to TwitterShare to FacebookShare to Pinterest
Labels: Beers of War, Kings of War