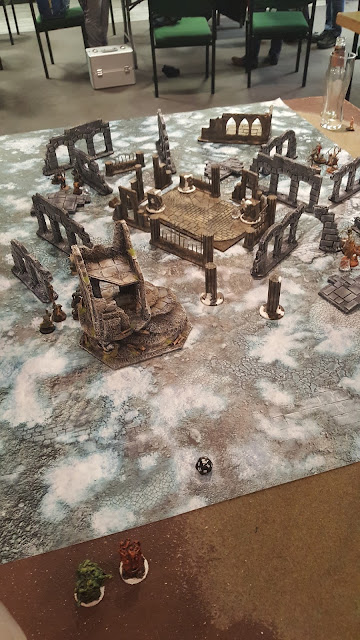 Last week down at the WWarriors Games Club I spent the evening having fun showing some people how to play Frostgrave. It went very well and they seemed to have fun, picking up the rules pretty quickly. 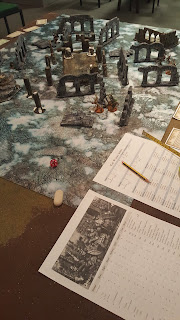 I had learned a lot from doing the Beers of War evening do, so had lots of helpful material on hand like you see in this picture and all the spell cards that the players needed. Because neither had access to the rule book I prepared 2 warbands for them to play with and they brought some figures to represent them. 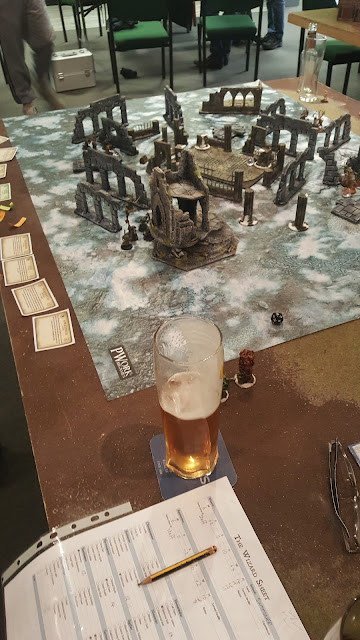 So beer was drunk and fun was had. I think its really important to get involved in games clubs and see more and more their importance. I've played far more folk in the last 3 years because of the WWarriors and I really appreciate it. Recently we have had a bit of a fall off in numbers to the tune of about 10 bodies, which is worrying, so anything I can do to help I will do. 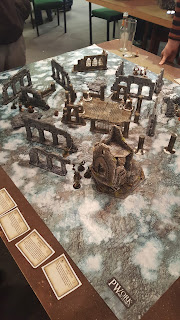 At home, in the same week we managed to play a game of Zombicide and had great fun battling our way through hordes of "you know what." 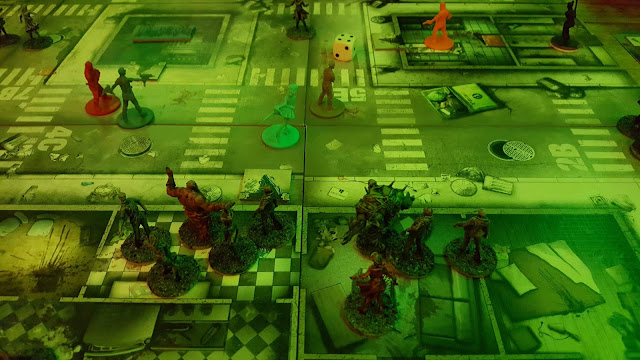 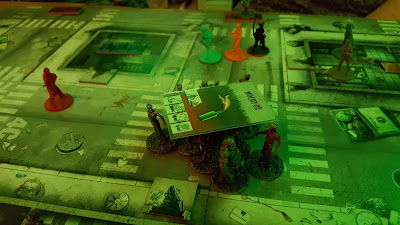 First Molotov of the evening! 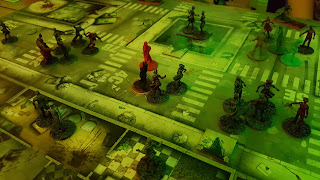 Ned and Josh got caught out when the walkers got another turn and ate the poor souls. 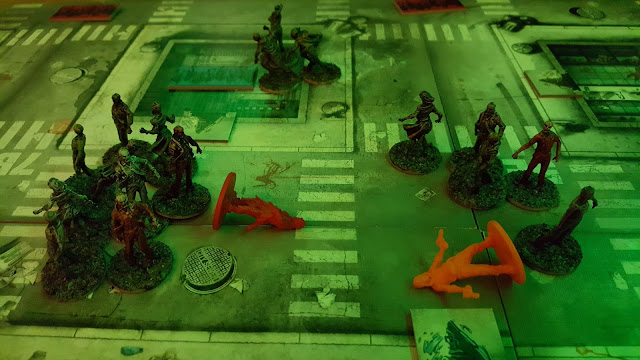 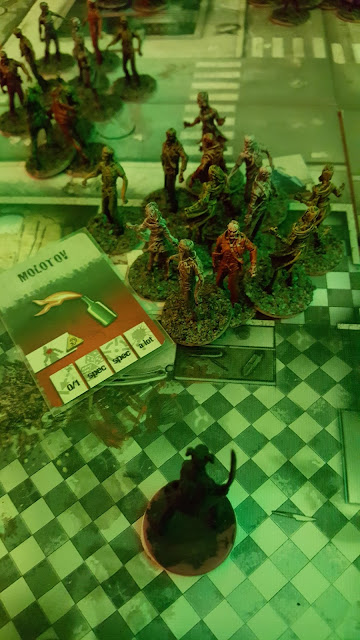 Amy held back the Zombies with a second Molotov which brought the game to an end. 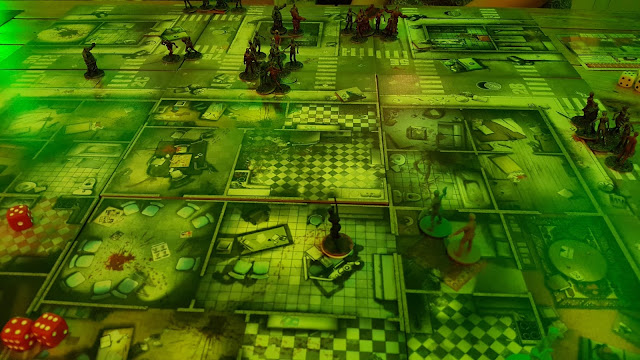 This game was called Apartment Assault and can be found on the Zombicide Website, these Missions are created by players from all over the world. Many of them are great fun to play, we must have done 15 or so now.