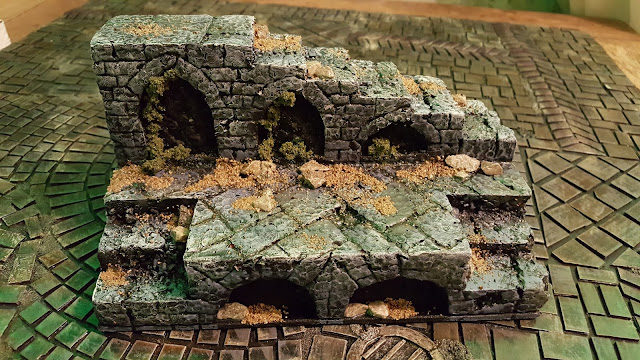 I have been working on this piece of terrain for the last couple of weeks, off and on, now it seems to be finished to me, so I thought I would post it. 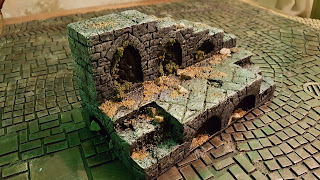 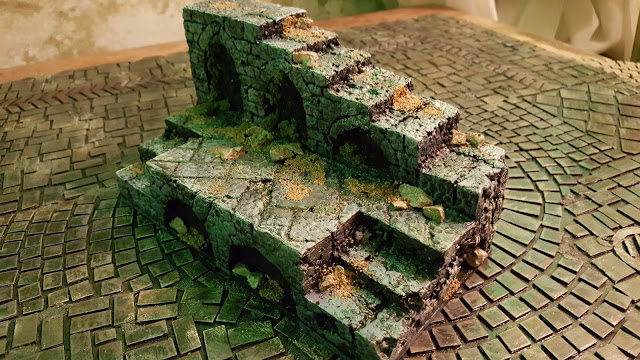 Its unusual for me because I very rarely work in polystyrene. I drew all the details on with a biro after I had cut the basic shapes with a knife. 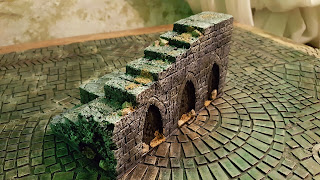 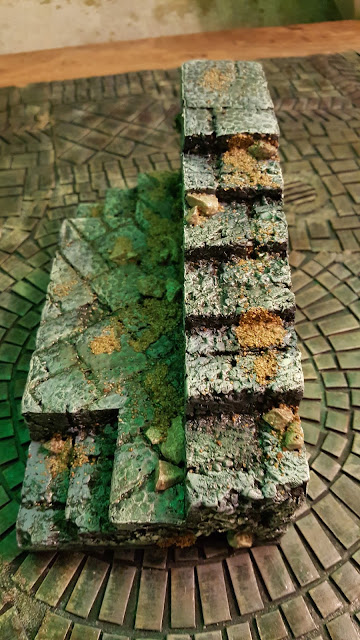 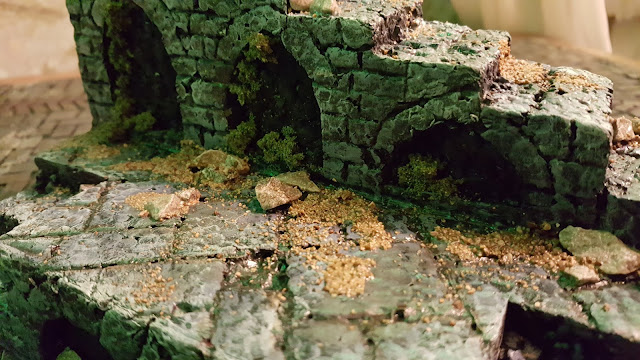 I also added a hardboard base to give strength to the model. 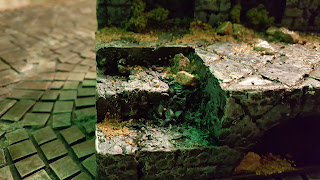 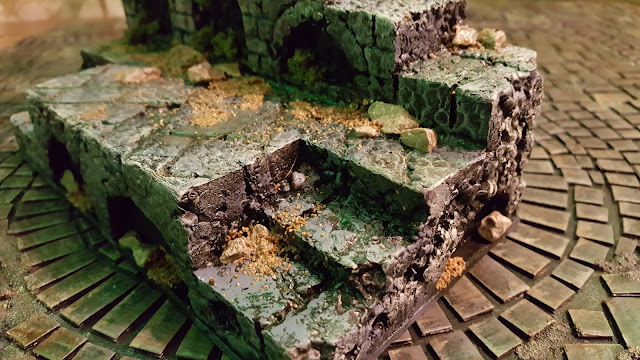 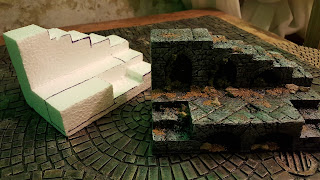 The other half of the poor poly packaging that I used for the project.. I will make the second piece, not sure when just yet , have rather a lot on. 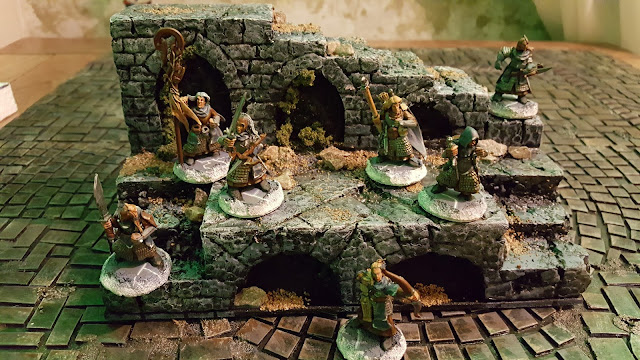 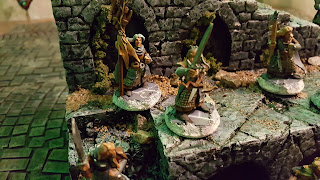 I think it has a couple of uses, obviously Frostgrave, but also Ghost Archipelago, another post will show how I intend using it for Ghost later. 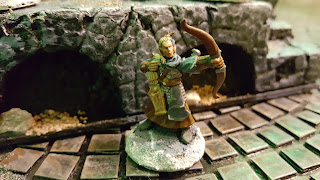