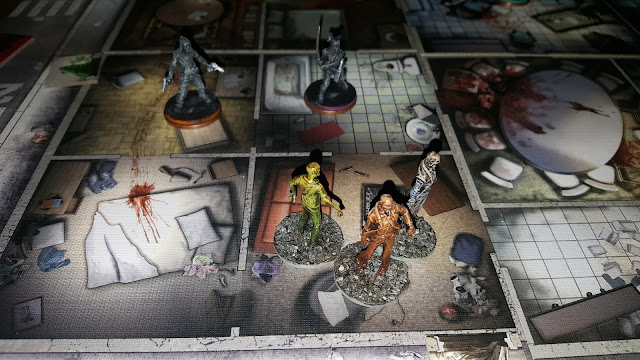 This was another scenario from the Zombicide missions on their website,in this Siege mission the players had to survive in the dentists, with all the doors open and 5 spawning points for zombies to emerge from, we also all started the game with 7 exp, just 1 point before the yellow zone. 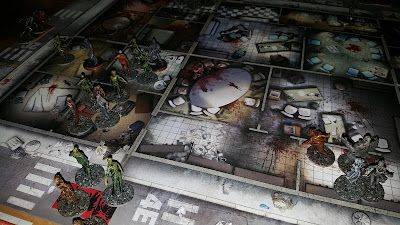 The unusual bit about this scenario is that the zombie deck is only used once. When a card is discarded it is gone and the deck is not recycled as usual. Also the cards that give the various zombie types an extra move were all removed from the deck. It was a basic straight up fight. 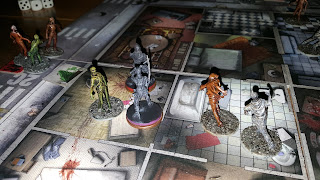 Amy picks up her only wound of the game. Then finds a chainsaw and goes on a rampage. 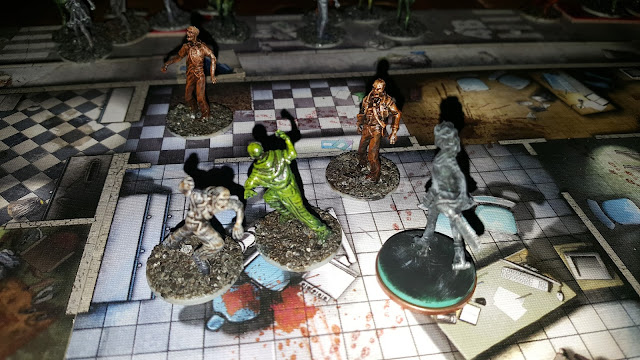 Runners not sure where to run by the looks of things :-) 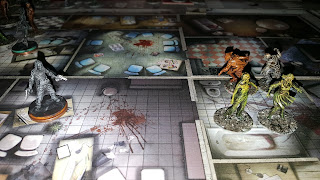 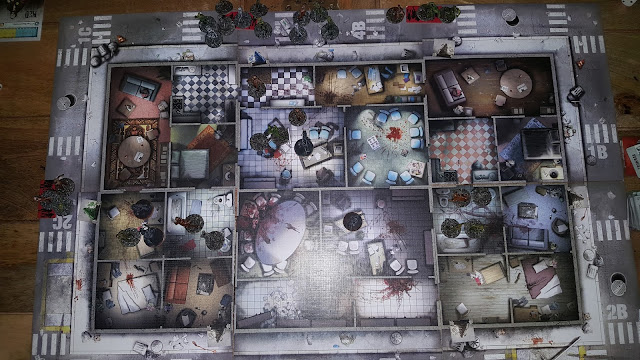 Josh took out the only Fatty we had on the board, on his last attack with a fire axe to the head, a bit nail biting. 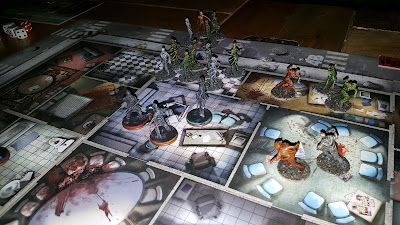 The runners give us a little trouble, but not much. Ned spend quite some time plugging away with his shotguns, whittling down the zombies at the top of the board, hence his high kill score. 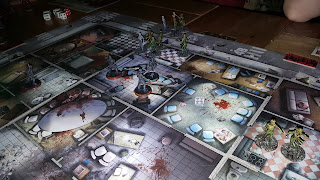 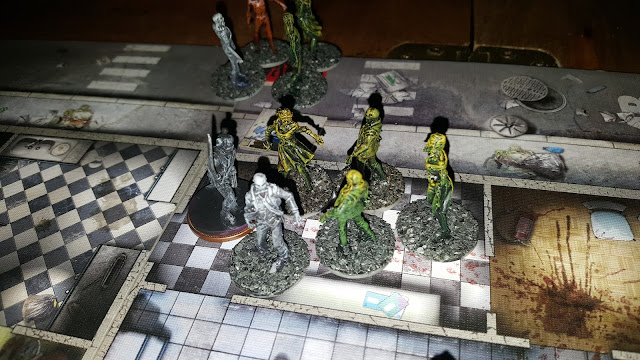 Amy having fun with her chainsaw. 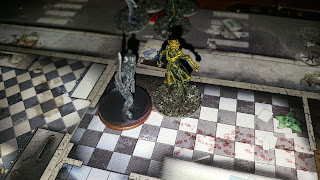 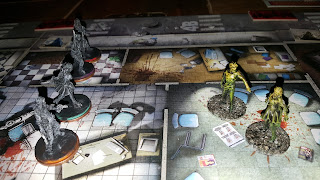 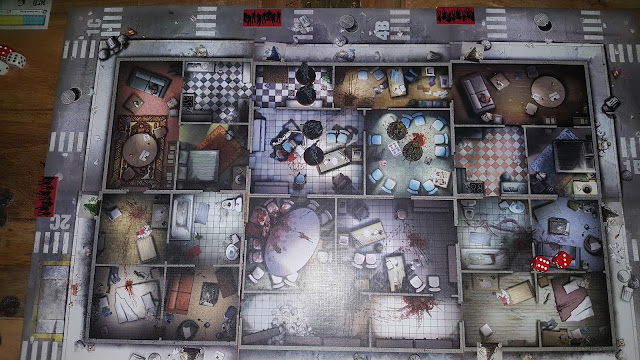 The last 2 zombies are shot by Wanda with her sawed off shot gun. 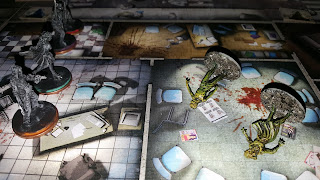 The end of the game, all the players survived, only Amy being wounded. 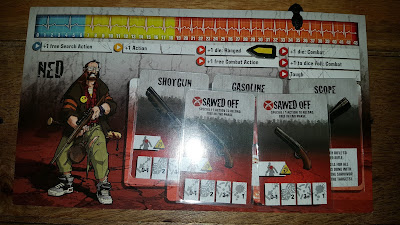 Ned wracked up the most kills. 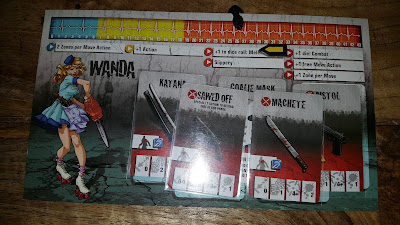 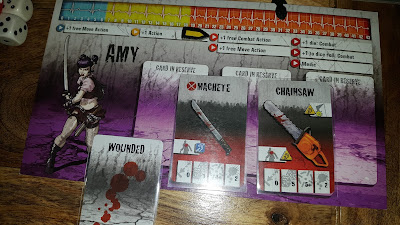 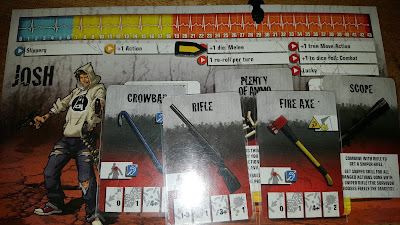 Great game, but have to say we breezed through the whole affair, if we were playing this scenario again I would make it more difficult, perhaps put the 4 cards back in, or cycle through the deck twice, but not both!