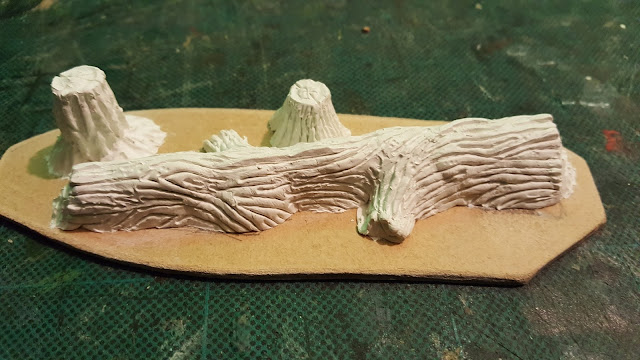 I have been practising my modeling skills recently, trying to get better with Das and Milliput, so I thought I would start with something small. The idea was to eventually try to make a cheap cast of the piece, just to see how it goes. 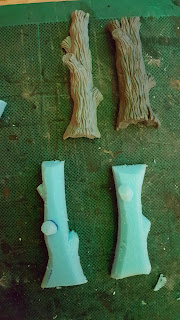 My first attempt was with Das and PVA to give it some flexibility, I worked from some originals from Grabblecast (which are very nice) to give me something to work from. Cut the basic shapes from blue foam and then began working on top. 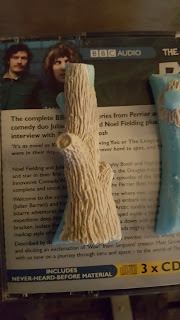 It went OK but the Das doesn't like having a knife pulled through it, tends to crack, even with the PVA and so the bark details were difficult to add. 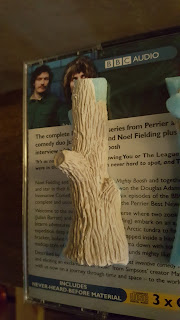 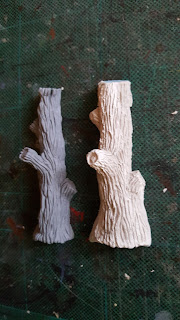 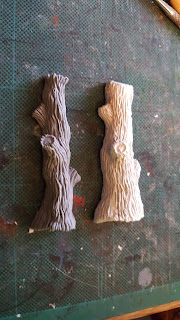 They were OK, but I felt they could be better so decided to have a go with Milliput next. I've used it before and knew how well it take details. 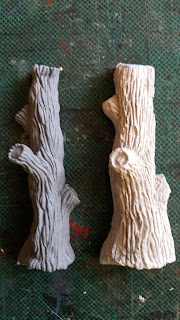 Also I tried hard to make this one nothing like the first copies as I don't want plagiarism claims made against me. 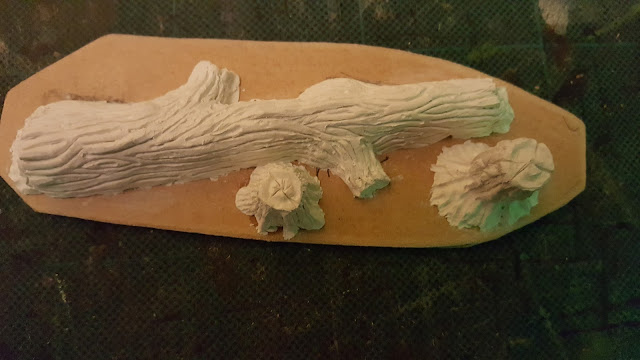 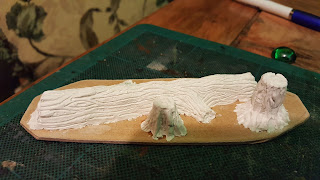 The Milliput worked well, this time I cut a bit of cane from the garden and glued it to the base to work on top of. 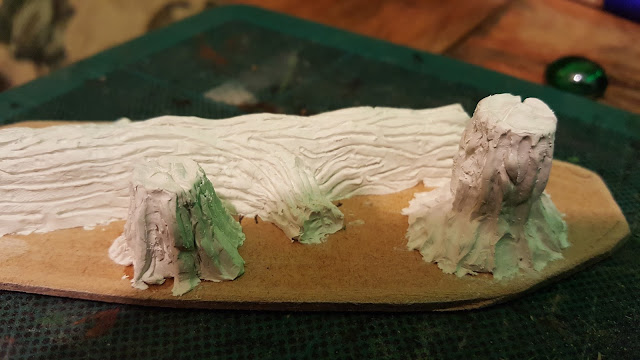 I have been sharing this with Luke from Lukes APS and we are going to have a go at making a silicone cast of it, see how it goes. 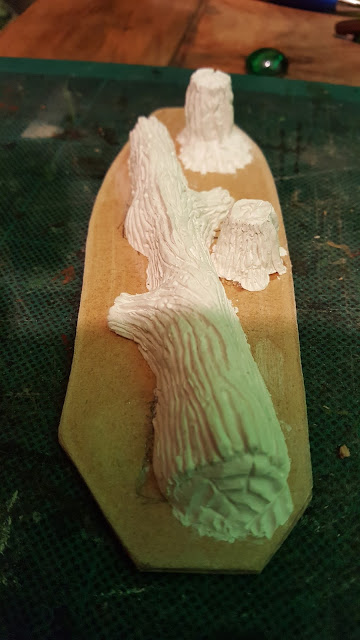 One criticism I have, and I think Luke would agree, is that its a rather flat sculpt and it needs to be a bit more dynamic to be interesting, Luke did suggest raising the height in the centre or having 2 logs intersecting. I will be trying again :-)