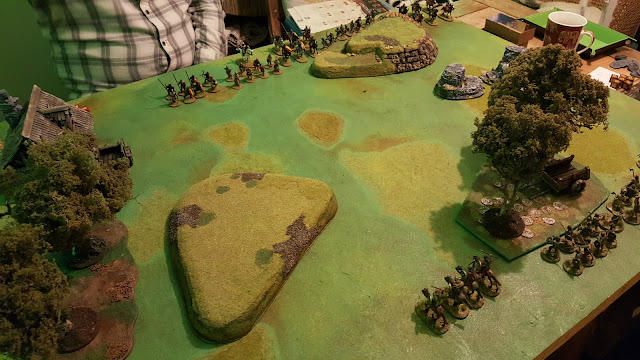 Last week, or was it the week before, Mick came round to play a 6 point game of Saga. Something we have not done for quite some time. With the new Age of Magic newly released we were keen to review the rules in preparation for our first game with monsters, wizards and mayhem. But this is not that, this is our game between Mick's Normans and my Irish. 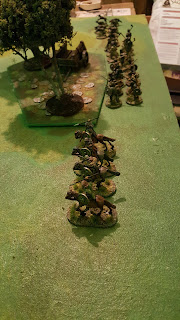 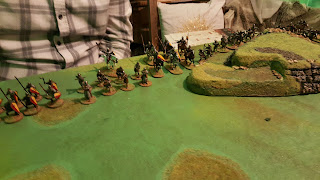 Here we are all deployed and ready to get stuck in, most of my Irish were clumped around the forest in front of me as you can see. 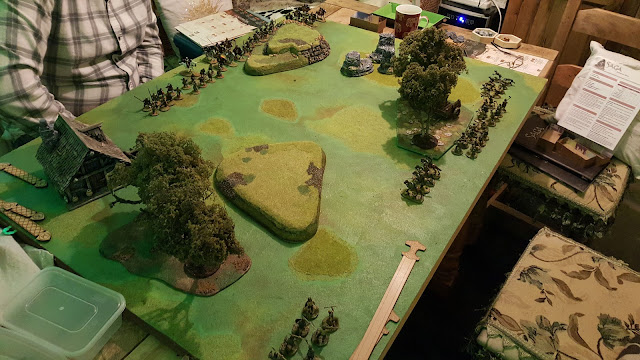 I was very concerned about the Norman cavalry, they definitely intimidate me in this game. 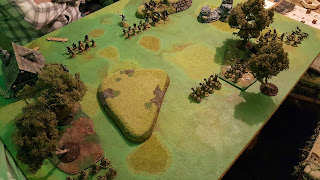 So the Normans go first and move up the field. 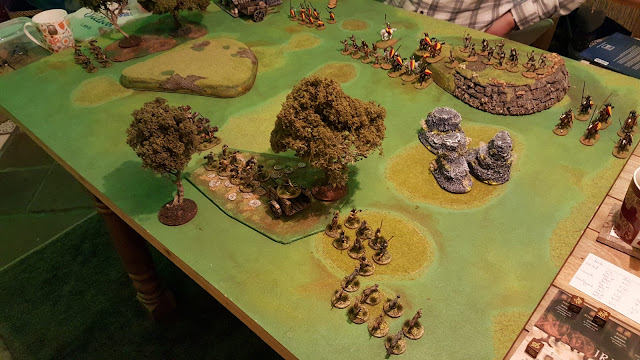 The Irish sort of occupy the wood, but are not convinced. Think that sums up how I play in this game, unconvincingly. You can just see my warlord stood on a wagon in the forest, muttering "for want of a donkey" or something like that anyway. 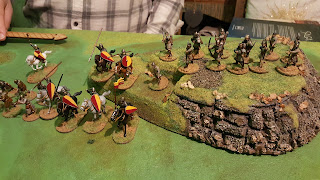 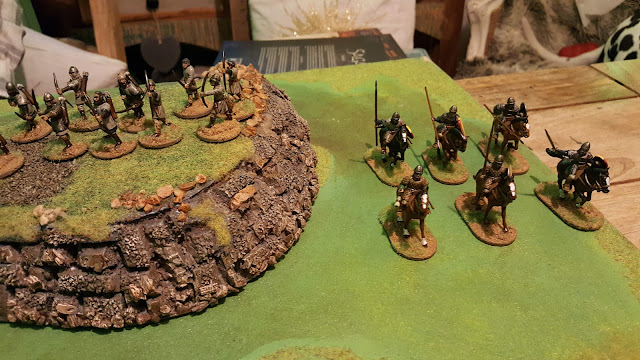 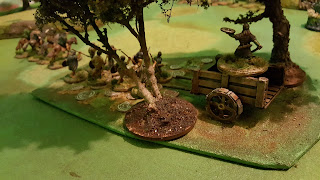 What was I doing with the dogs and why were my Hearthguard stood out in the open waiting to be shot! 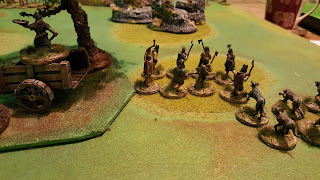 The Normans had a good solid line. 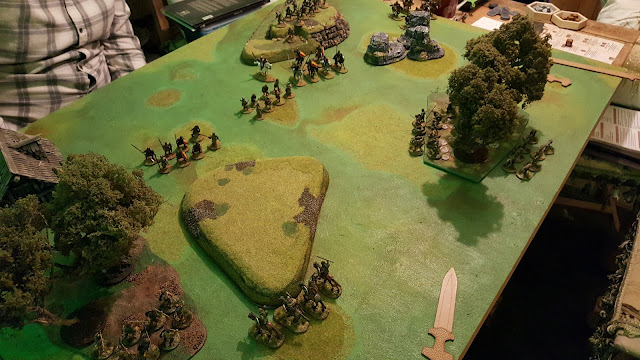 With the approach of some Knights on my right, the dogs run away. 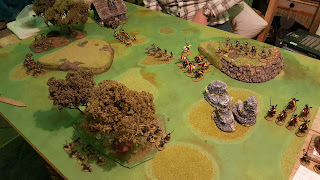 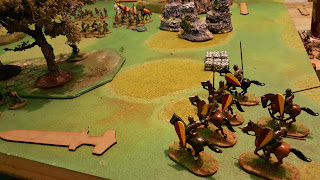 In the centre my Hearthguard tackle the second Knight unit and after a couple of goes run them down. 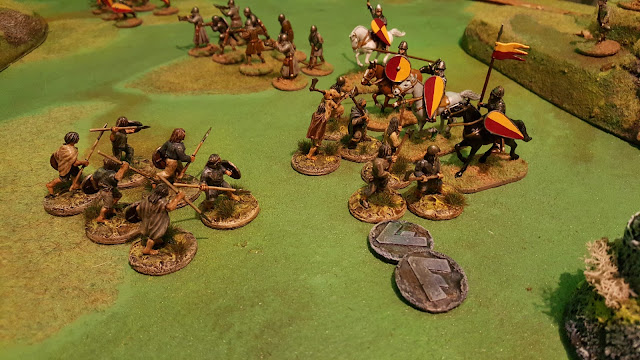 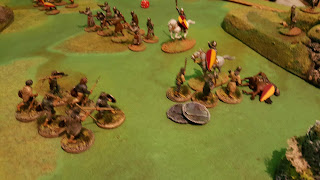 Finally gone. But at what cost! Only 2 left. 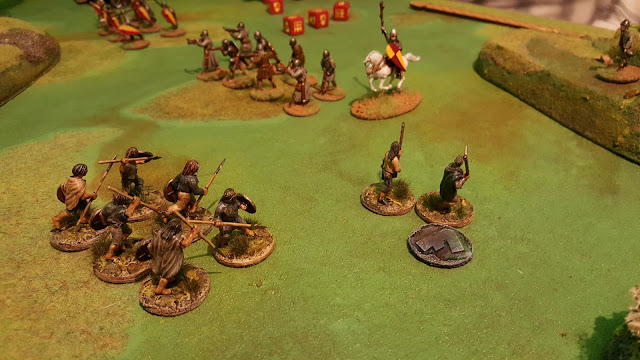 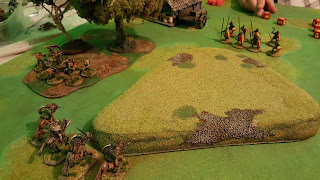 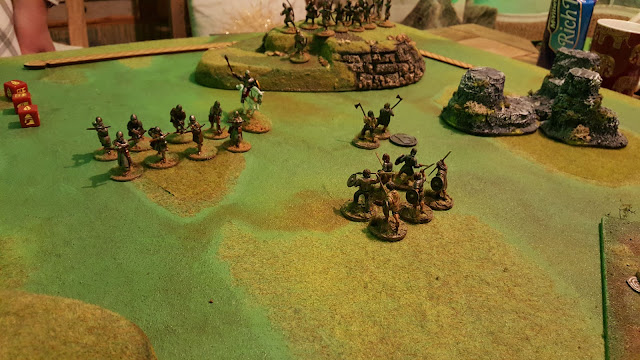 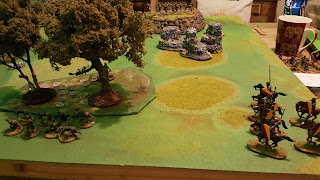 Despite trying to move out of the way the dogs get charged in the back side. 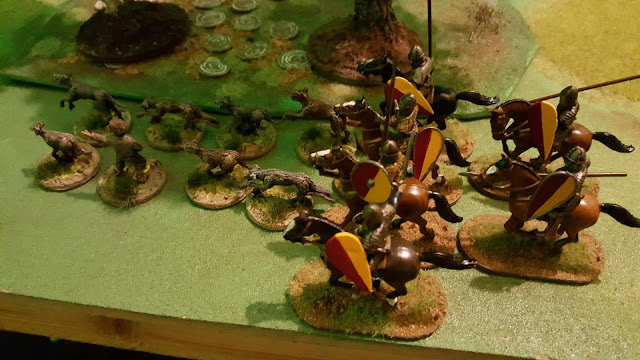 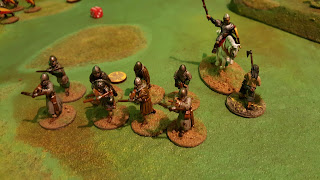 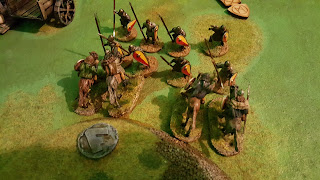 While on the left flank my mounted Hearthguard drive of the Norman warriors, but not very convincingly. They missed every javelin they threw the turn before, I should have known.

The dogs no longer need walking. 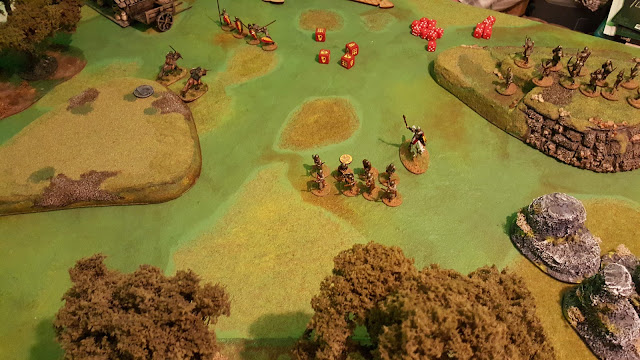 The Norman warlord mops up the Irish Hearthguard. Although the Irish warriors did see off the Norman crossbow unit, well done lads! 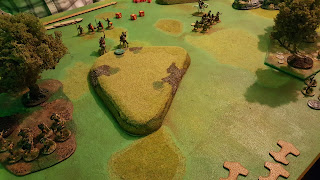 Then the Warlord gets his archers to shoot my warriors with javelins and they are decimated. 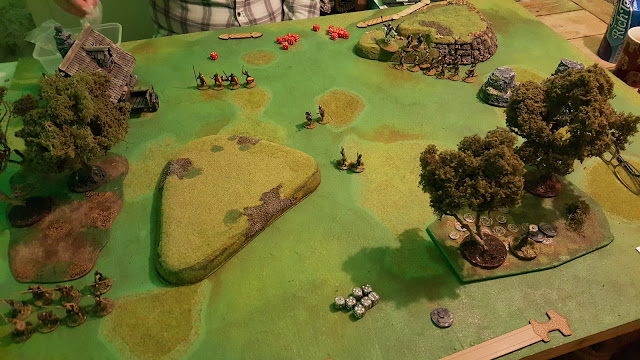 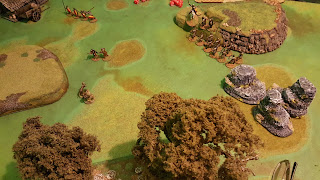 At this point I felt the game was lost, I was pretty much surrounded, remember there was a unit of Knights somewhere to my rear. 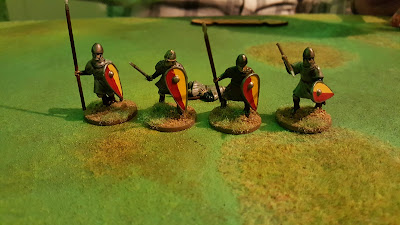 I decided to take a couple more pictures of Mick's nicely painted miniatures and throw in the towel. 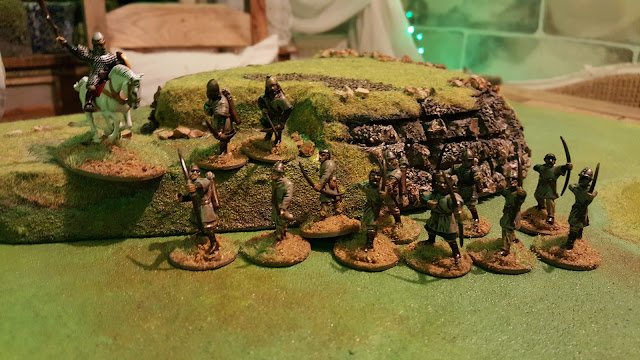 A win for the Normans, well played Mick, very much deserved.
Cheers for the game is was great fun.