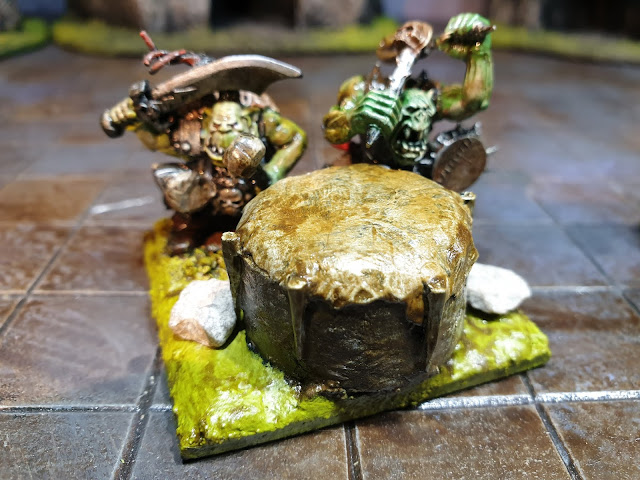 When I was putting together my list for the game I played last week I realised that just one War Drum was not going to cut it. 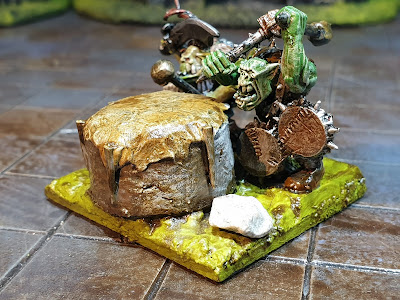 Each gives a non-accumulative +2 to Nerve scores within 6", which can be very powereful in Kings of War. 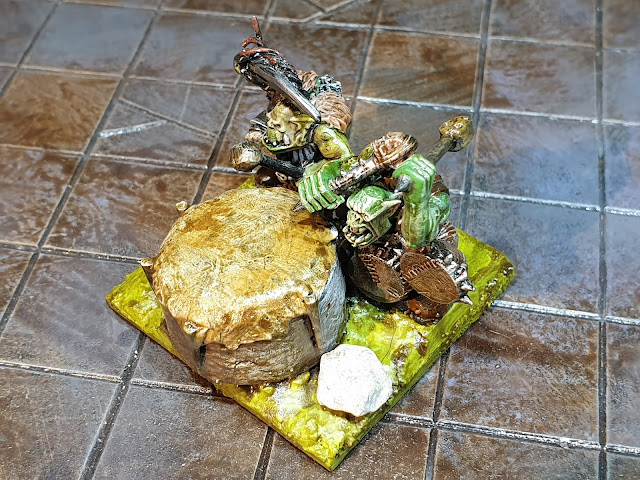 However when one gives a 12" bubble, only part of the army can be covered, so another had to be made. 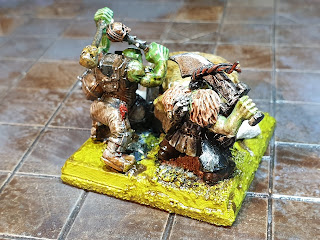 I cut a cork in half from a Champagne bottle, no I didn't drink it, loads of my mates horde stuff for me. Covered the top with a rough bit of GS spread badly over the top and added the end of cocktail sticks at the tighteners. 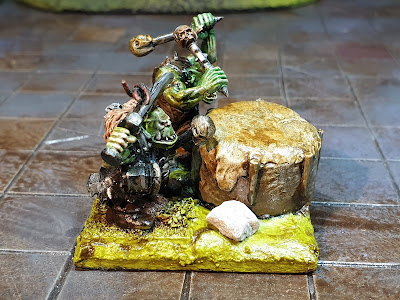 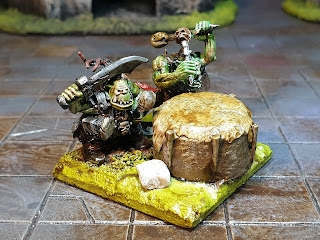 So now I have two War Drums and look forward to another game with them. 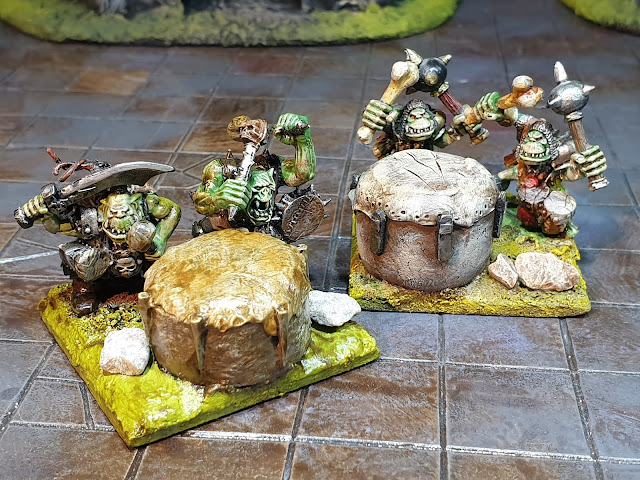