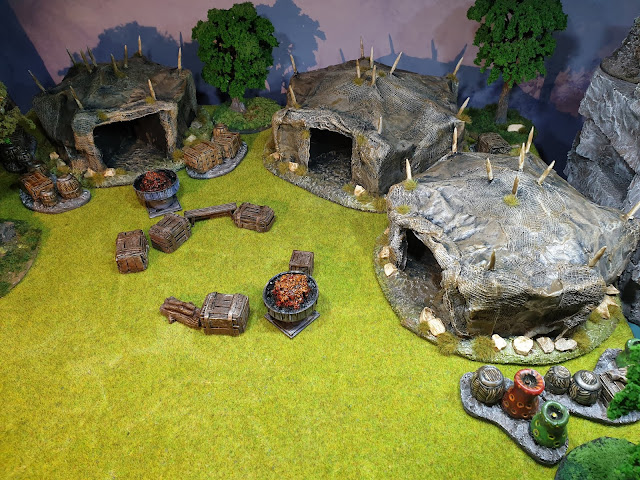 I started to make these huts just after I began pulling together my Orc KIngs of War army, I thought it would be fun to have some specific Orc terrain to give the battlefield flavour. 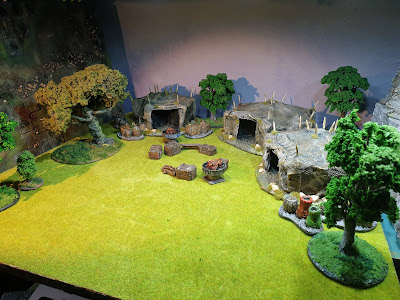 I used the basic building method used by DM Scotty on the DM's craft. 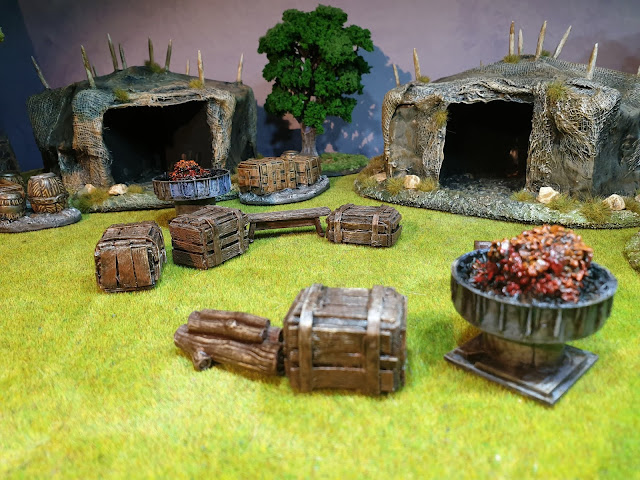 Most of the other bits of terrain are made by me, there are a few bought trees and some pieces from Mantic's terrain crate. 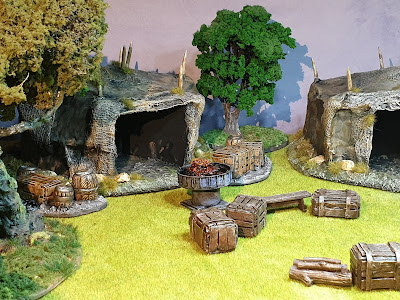 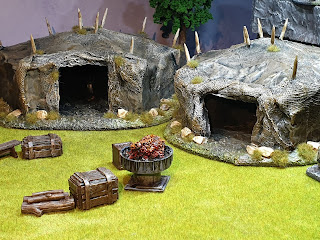 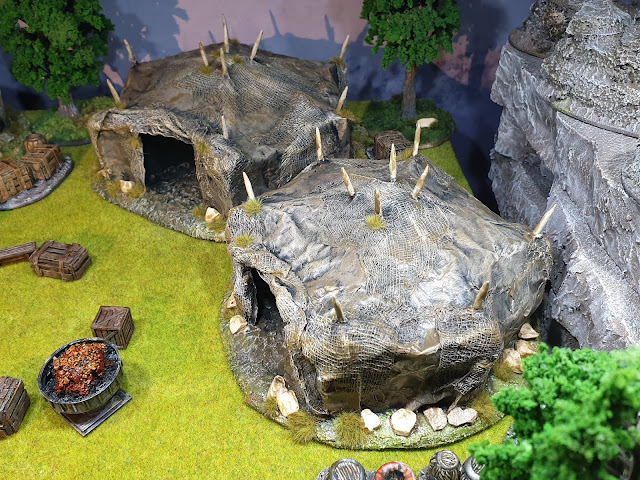 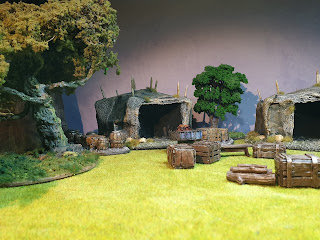 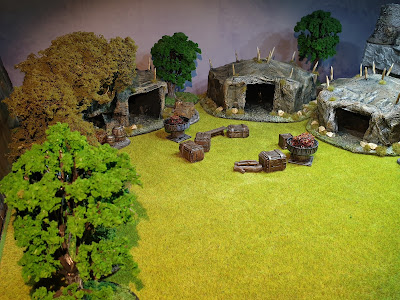 I will be making some more Orcy terrain bits to accompany these huts, a tower and some low walls. 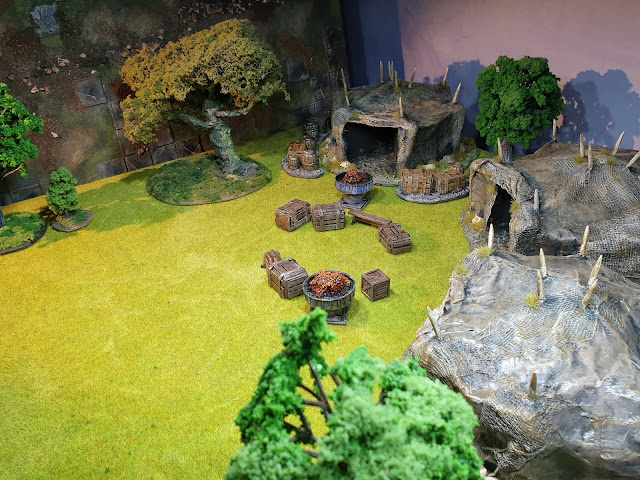 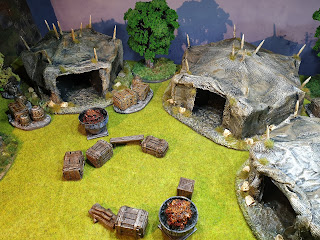 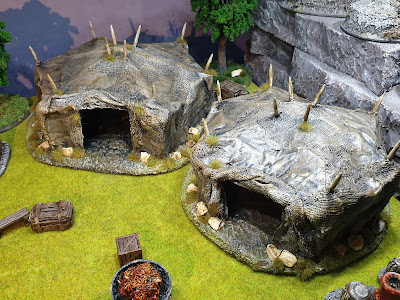 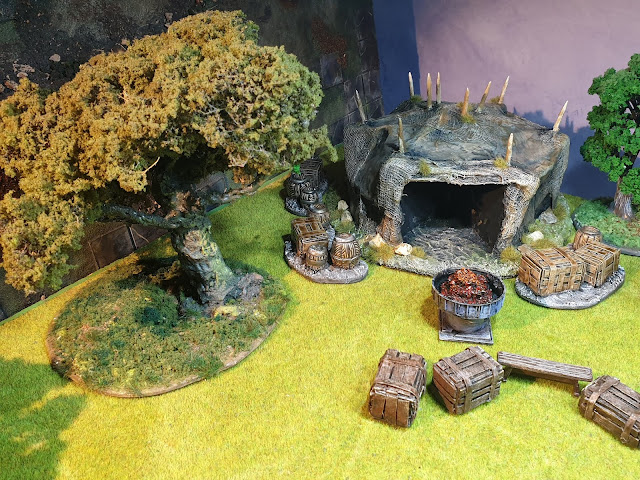 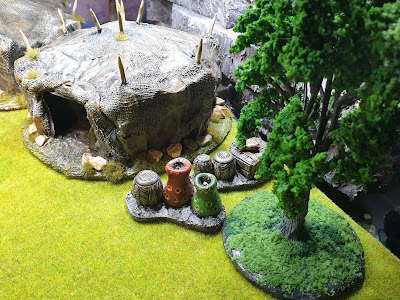 These huts are going to be used by Firbolg in our D&D campaign, so I've made some Flat Firbolg to play with. 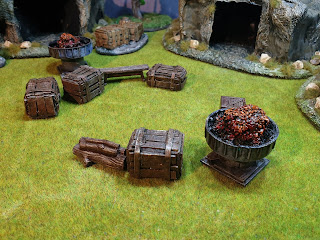 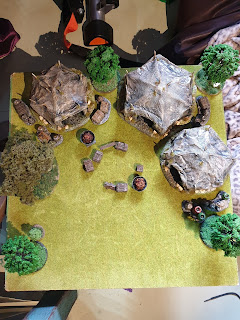 The Firbolg clan in their make-shift village. 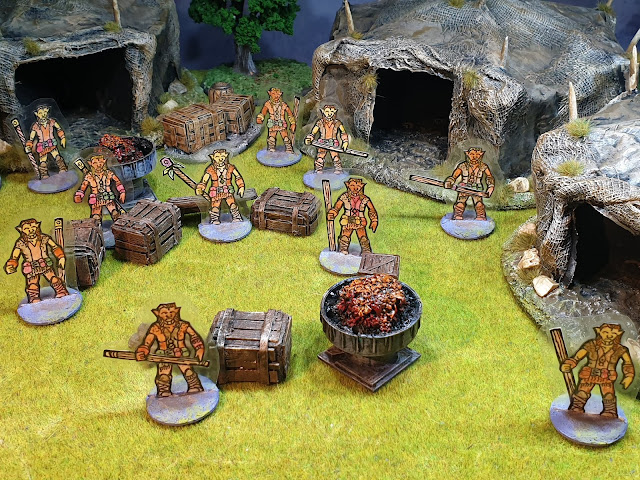 Couldn't afford to buy 10 Firbolg so made some Flats instead. 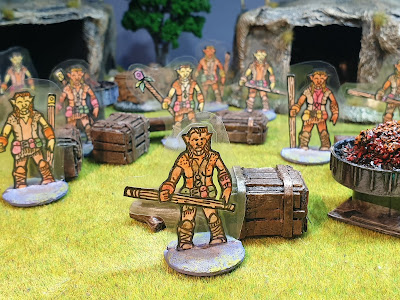 I drew just one Firbolg, then drew lots of staffs so they were all different and attached them in different places. 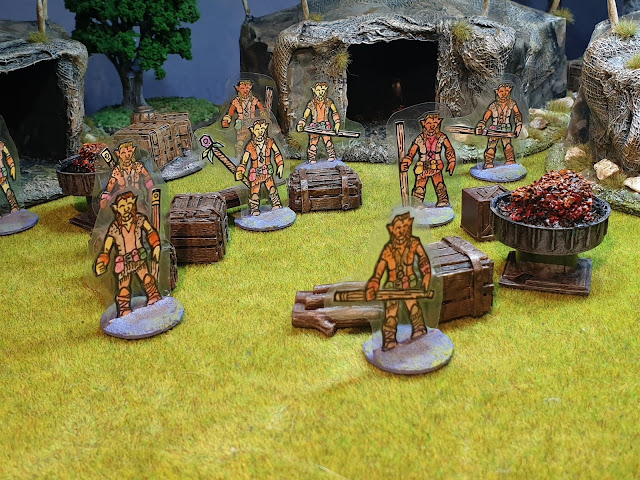 I water coloured each Firbolg separately before laminating. 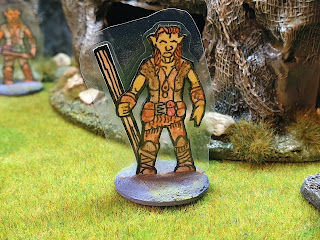 I've just finished creating some more creatures and commers to use in villages and towns, will post pictures soon. 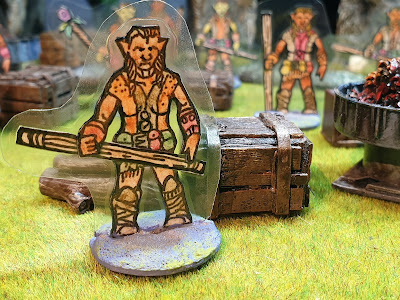