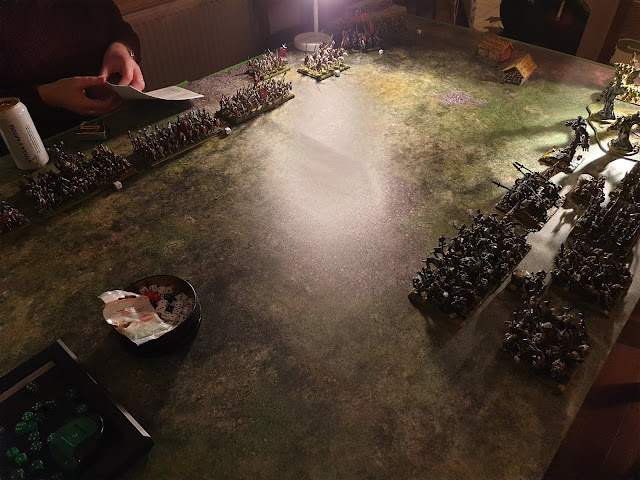 Three weeks ago, before the shut down, I trundled over to my friend Mick's to play our first game of Kings of War, 3rd edition. 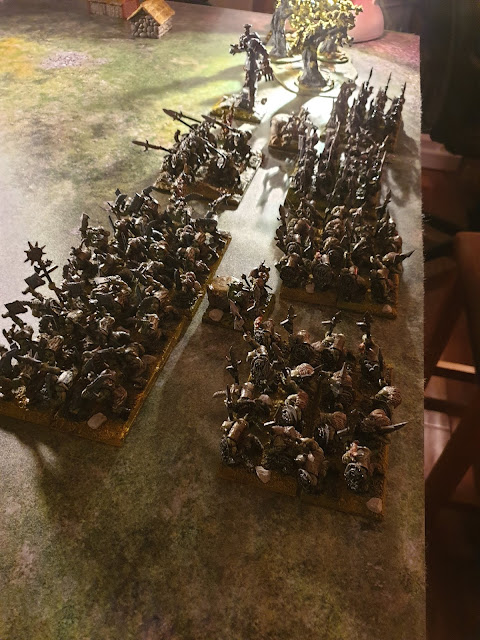 Just before I had arrived Mick had changed the bulb in his dining room, so we could see better, ironic, and broke the rosette holding the bayonet bulb, rendering it useless. So we played by the light of a lamp. The pictures I took were quite atmospheric so thought I would post them, but this will not be a full report as it was our first game. 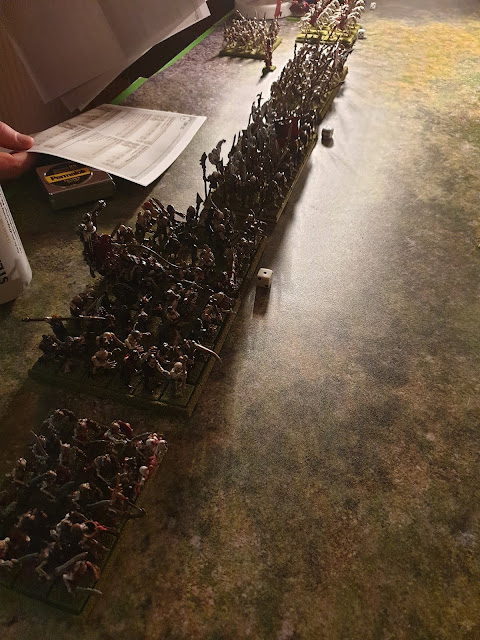 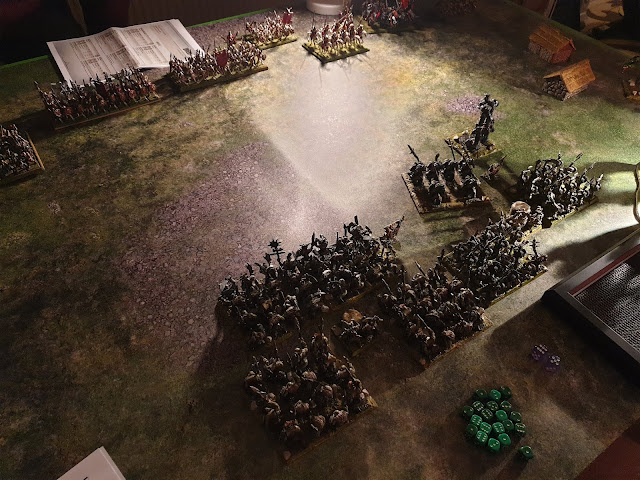 But it was good fun and Mick was playing on his brand new gaming mat that I'd delivered for him. 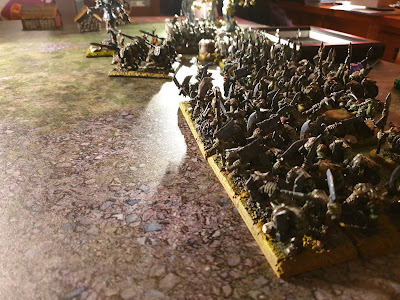 The two armies were obviously playing in the Undead twilight realm. 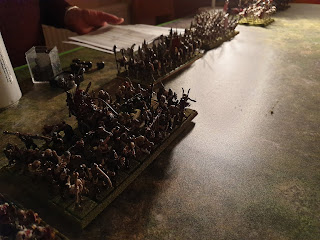 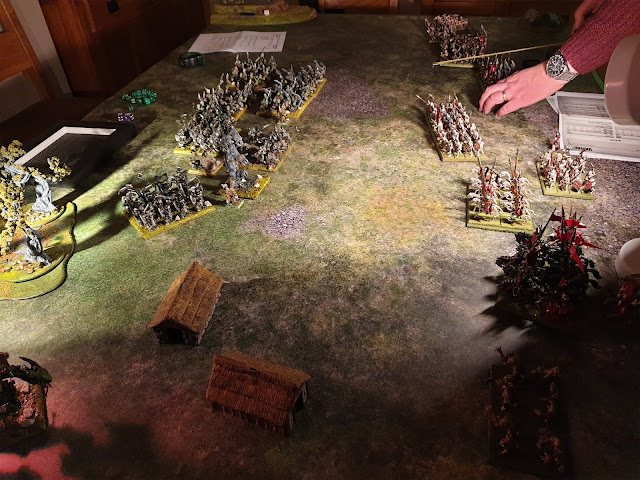 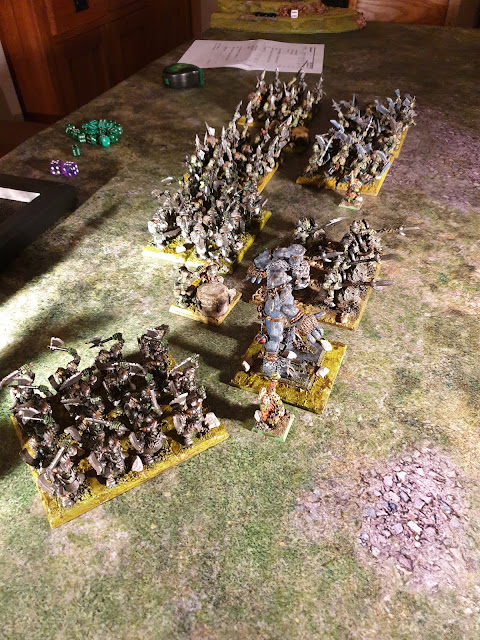 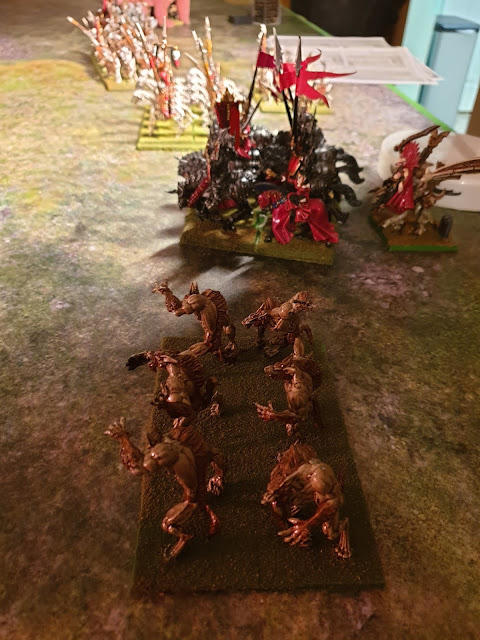 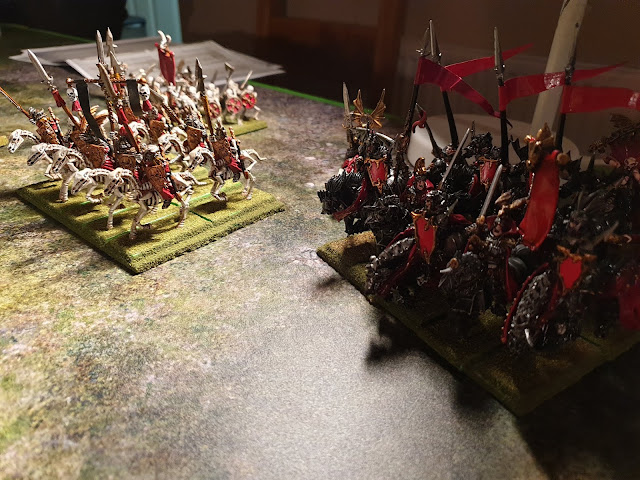 This is where the game fell apart for me and it came from the need to do something to move the game forward. However the way I had deployed hadn't really helped. 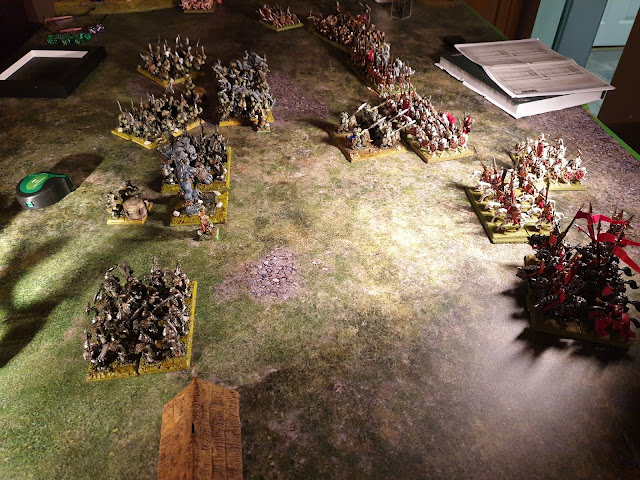 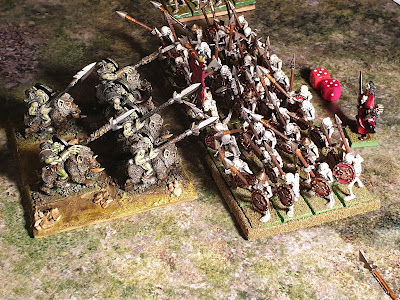 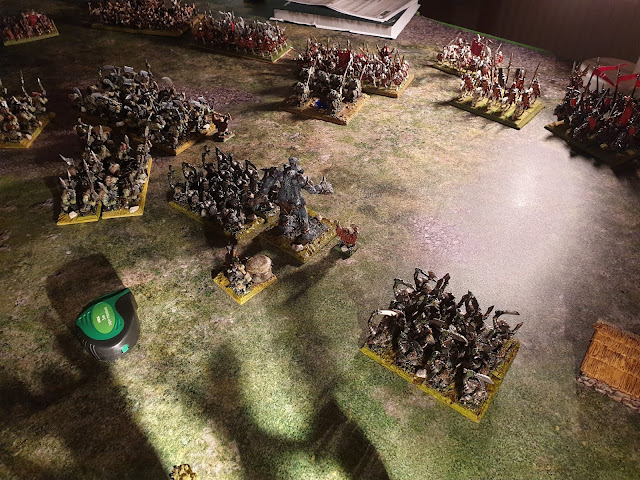 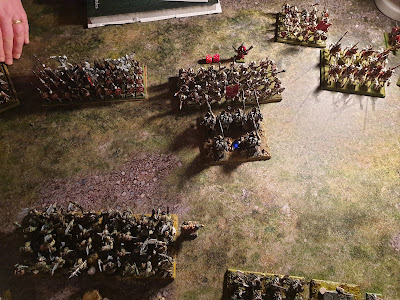 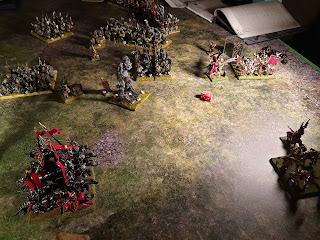 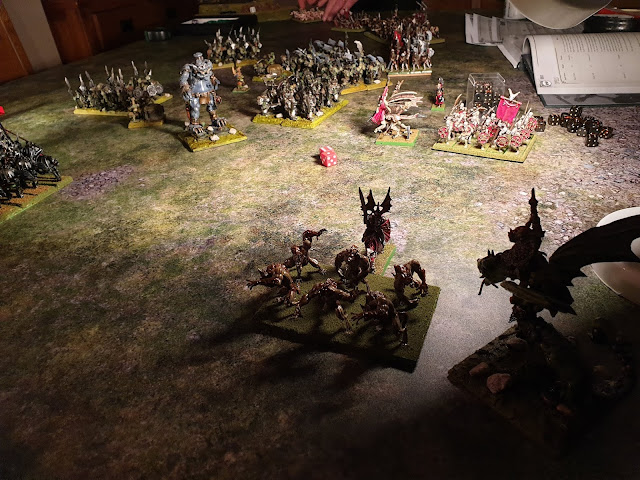 My Krudger, Warlord, on a winged slasher was a pain in the bottom during the early parts of the game. 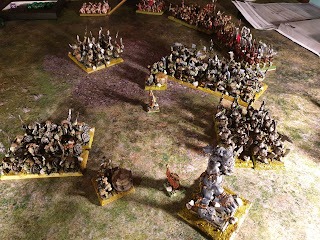 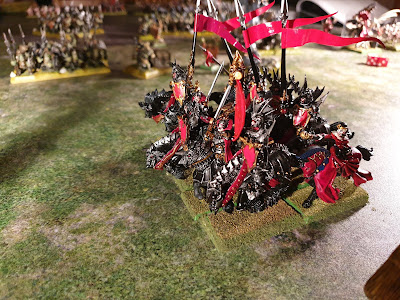 Similarly, Mick's Vamp on flappy thing was a mover and shaker. 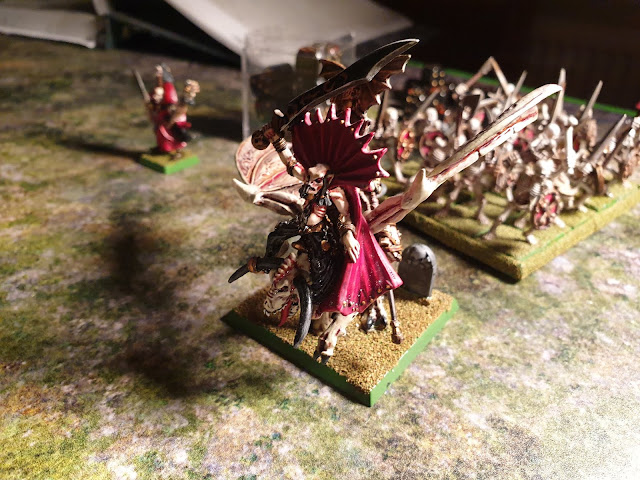 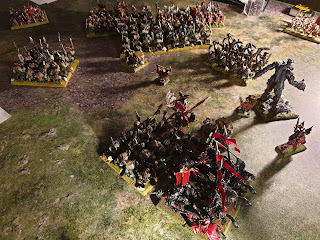 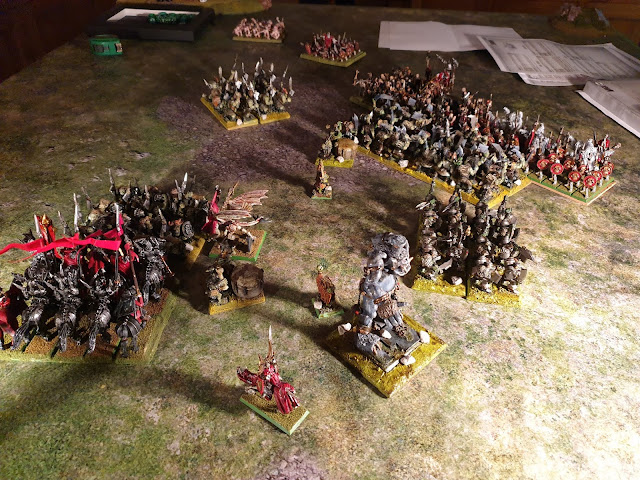 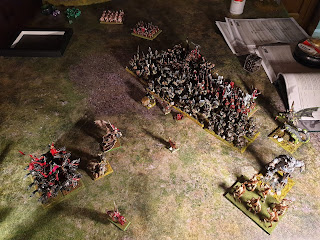 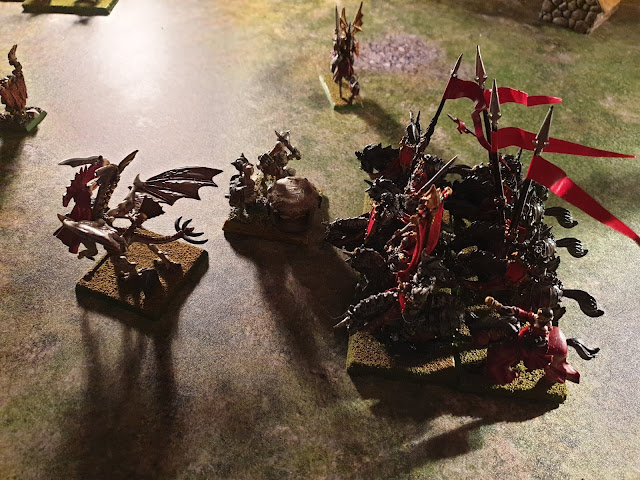 Superior numbers surrounded and routed the Orcs, I really needed to have deployed over to one flank more and make more of Mick's army travel to me if they wanted to fight. I could then have concentrated my attacks on a smaller number of units and perhaps get some multiple charges.
Next time perhaps :-) 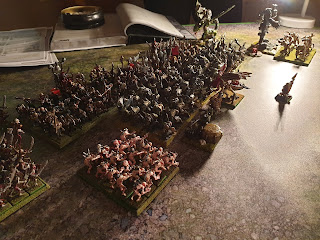 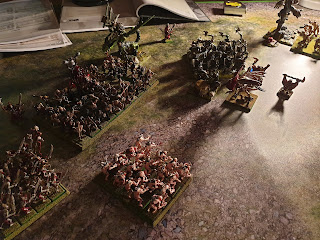 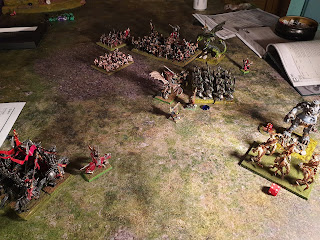 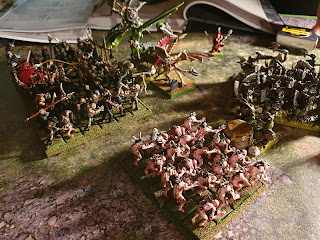 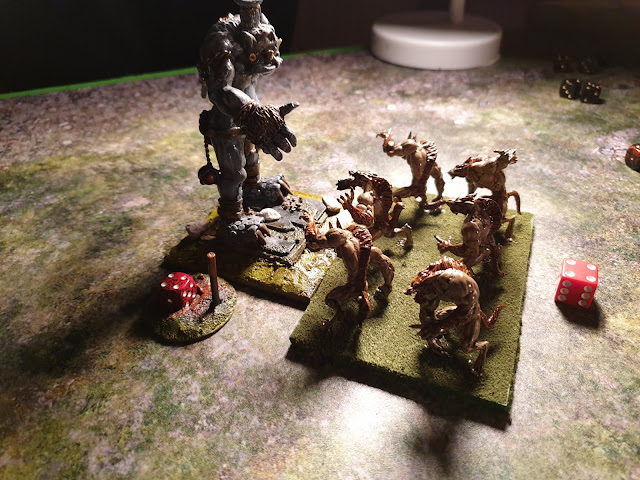 With "Bloodbottler" the Giant ripped to pieces by the Werewolves it was time to call the game.
Well played Mick, a solid first game. 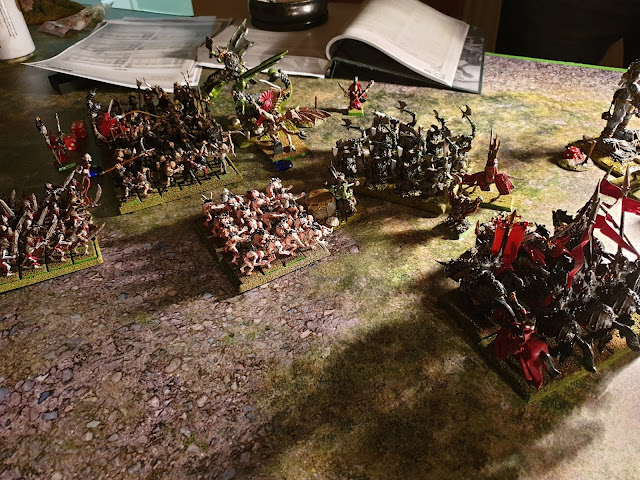 Could be quite a while till we get to play again.
So it might be a solo game that you see here first.
Hopefully with better lighting.