Following on from last week and the gathering of thew Horde I realised I needed a few more units and characters to give me plenty of variety to my army.
So here are two characters and a "monster" (War Drum) that I have customised the next job is to get them all painted up. 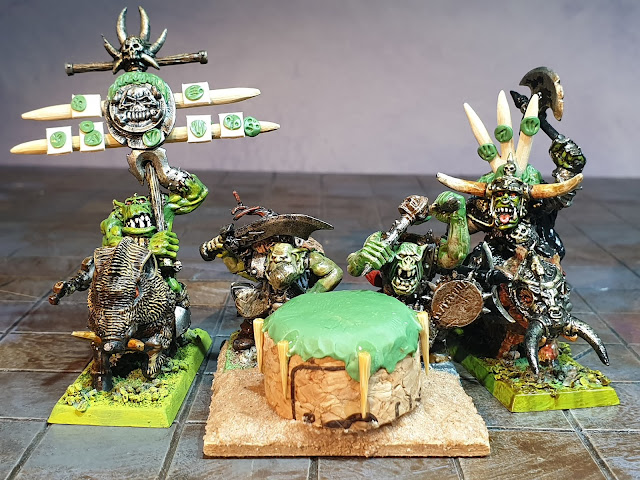 The War Drum, made from a couple of spare unit drummers and champagne cork cut in two. The top of the cork had some GS draped over it roughly and I used the end of cocktail sticks for the tension mechanisms. 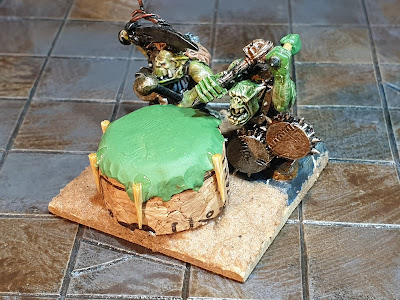 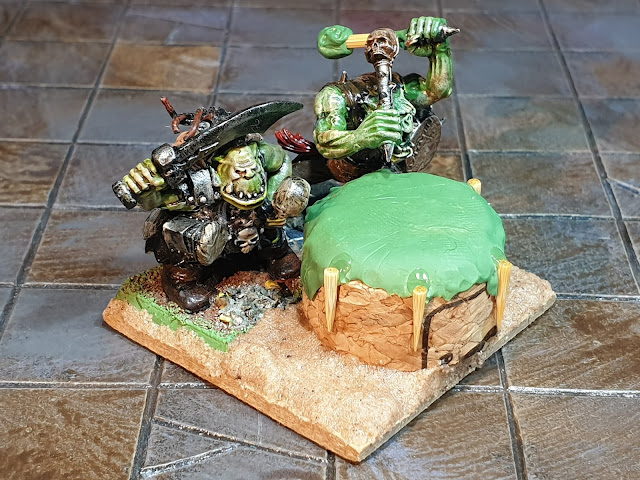 The nearest drummer only had one beater so I drilled a hole in his hand and added a cocktail stick and some GS to create a new one. 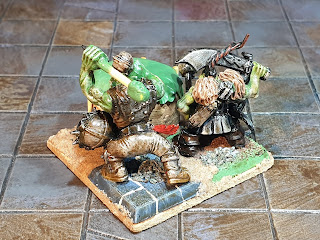 The Flagger, with extra bits added to his pole, so to speak, to give him a bit more life. 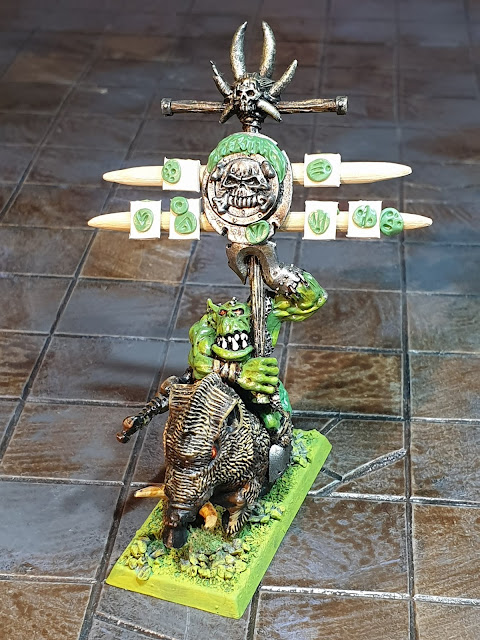 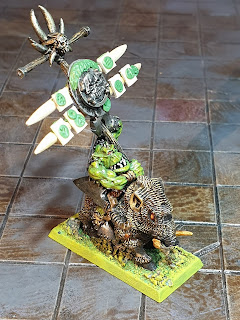 I also added a new GS tale to the boar as its original had long gone. 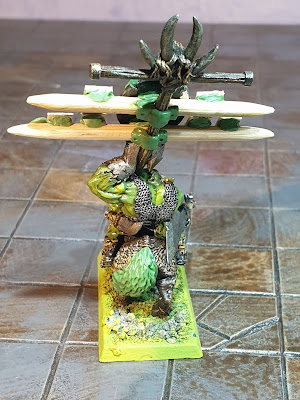 Finally the Krudger on boar, with extra spiky bits to give him some needed height. 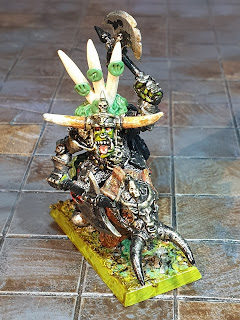 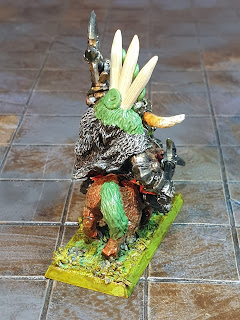 I also had to build up the fur at the base of the spikes for it to work and again a new tale was added, but not a piggy one, they break too easily. 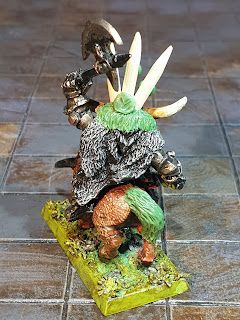 Next job is to paint the things :-) 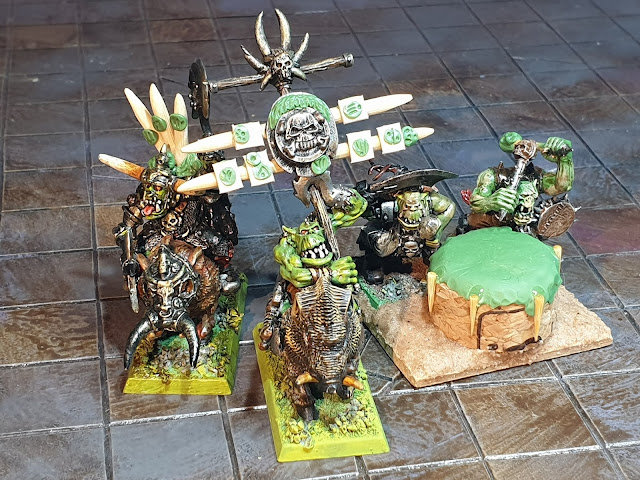