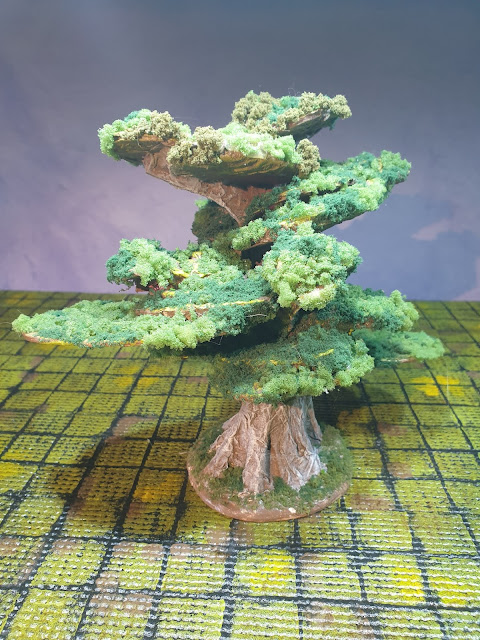 This is a tree I built a while back, about a year I think. I built it mainly so that PCs could climb up into it branches to gain refuge or a tactical advantage. One of my players would often sit up in a tree and cast spells from its safety. 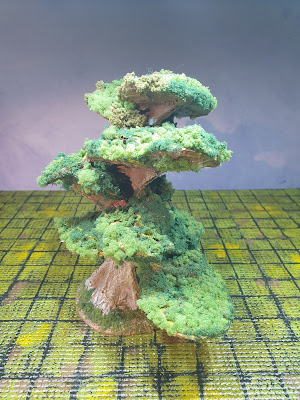 Anyway I never really liked it very much, but spent quite a while struggling to get it to look right. 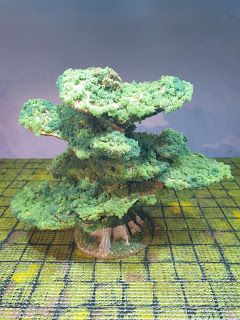 It never did really. The base was poor, the modelling was a bit poo and the flat areas, good for models did not look like limbs of a tree. 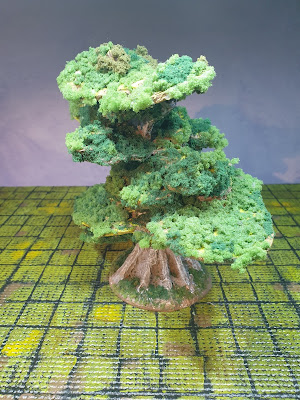 The roots are awful, thoroughly dreadful. 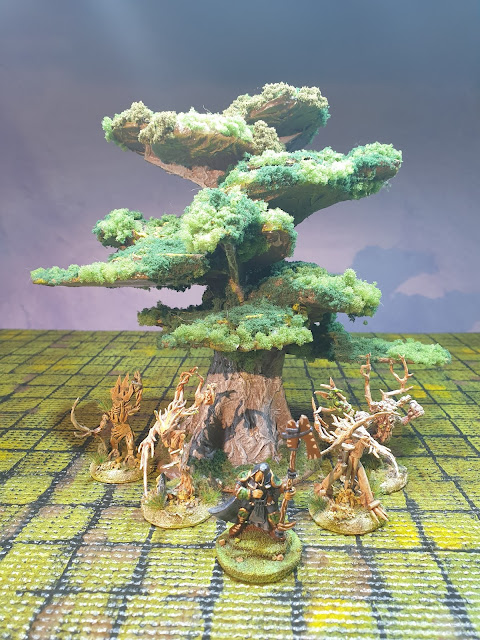 But it did do its job, models could stand on it. So it got some leniency because of its practical use. 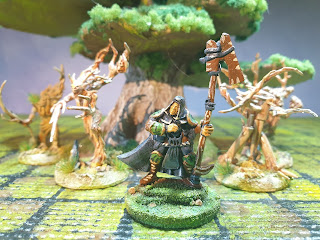 However when the character who mainly used it retired then the tree was on a hiding to nothing. 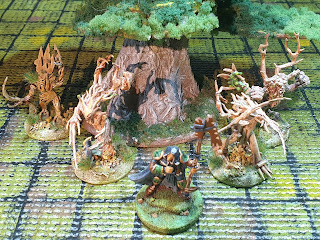 See below, you can stand loads of models up on its....branches? 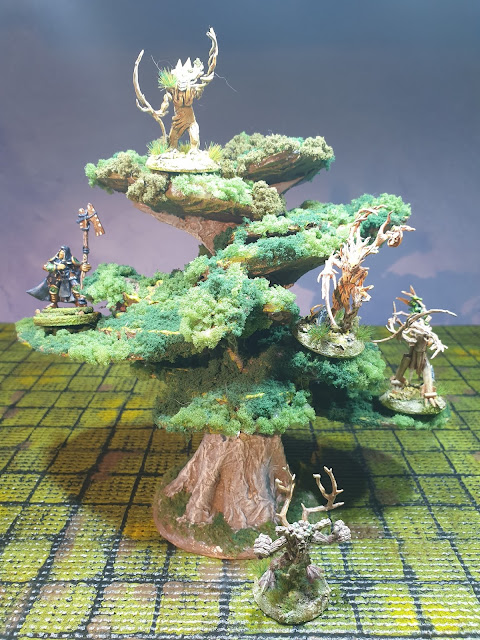 Druids and Dryads, had to be didn't it. 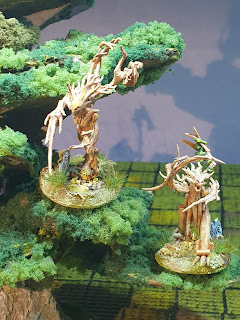 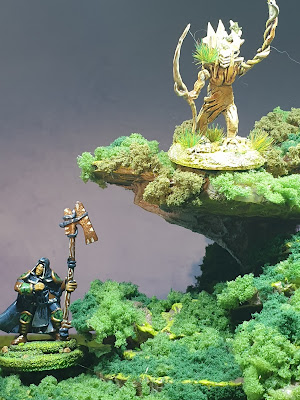 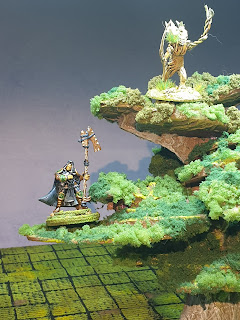 So today I took the decision to chuck the bloody thing in the bin, I am no longer the owner of the hideous object/ I am free. What is the point of this post? Well 2 things really, its good to have a clean out and don't be afraid of looking at something you've made and saying "what a load of crap."
You may have noticed that I was so proud of this tree that I never posted on my blog when it was made. 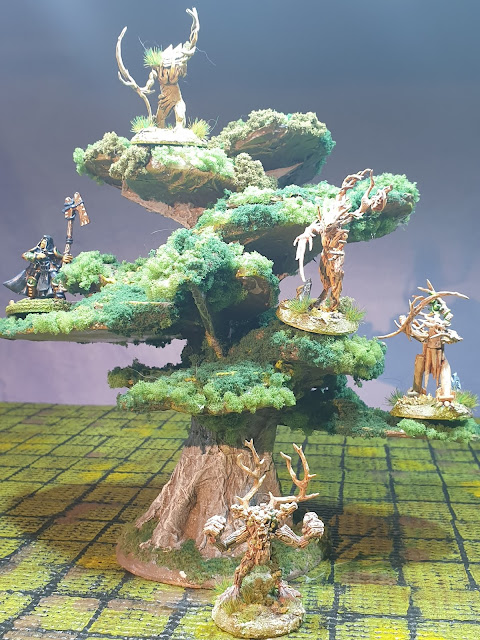 I would have had a photo but a load of veg left overs got tipped all over it by my better half. only fair.
Posted by Darryl Hunt at 14:12